Taking climbing bags for a walk around Helvellyn

James and I came up with a plan to head to Dollywagon North, which had lots of good looking short routes on it. Unfortunately from Patterdale the walk up to Grisedale tarn is a long way, which was made worse by endless trail braking with often thigh deep snow. After a three hour approach we made it to the top of the crag, at the same time as some other teams. Unfortunately we were all disappointed as the crag was completely buried, the approach slope was under a large cornice, the top outs looked like they involved almost vertical powder below yet more cornices. With all these negative factors it wasn’t hard to make the decision to take our climbing bags for a walk to the summit of Helvellyn.

On the summit we met up with a large group of Avon Mountaineering Club members, so we were able to have a sociable lunch. After lunch we made a quick descent down the very busy Swirral Edge, before heading back down into Patterdale for some well deserved tea and cake. 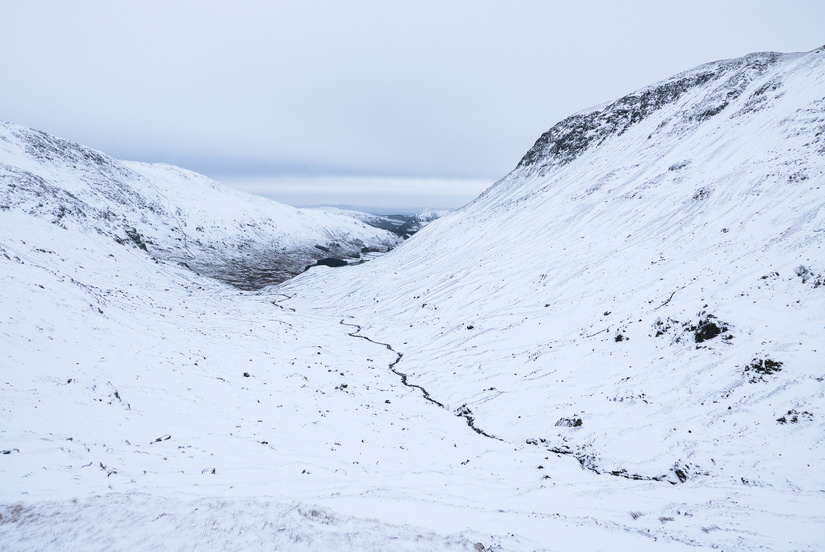 Looking back towards Patterdale 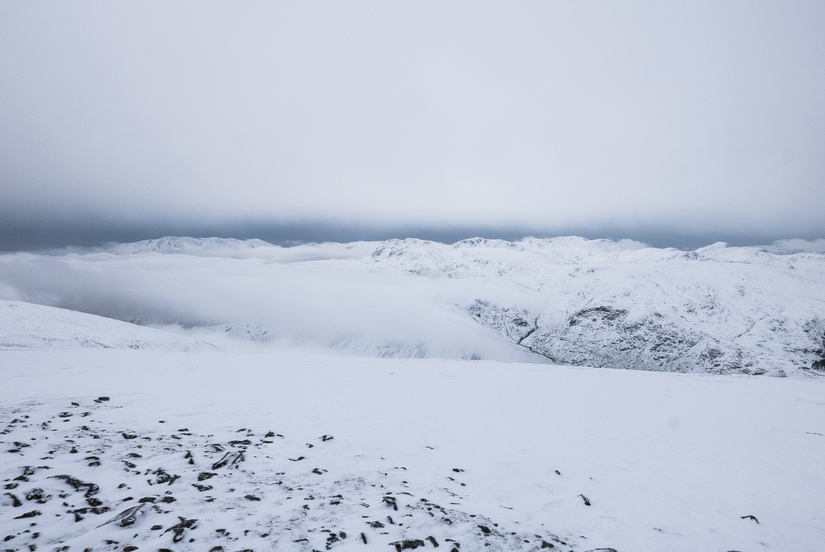 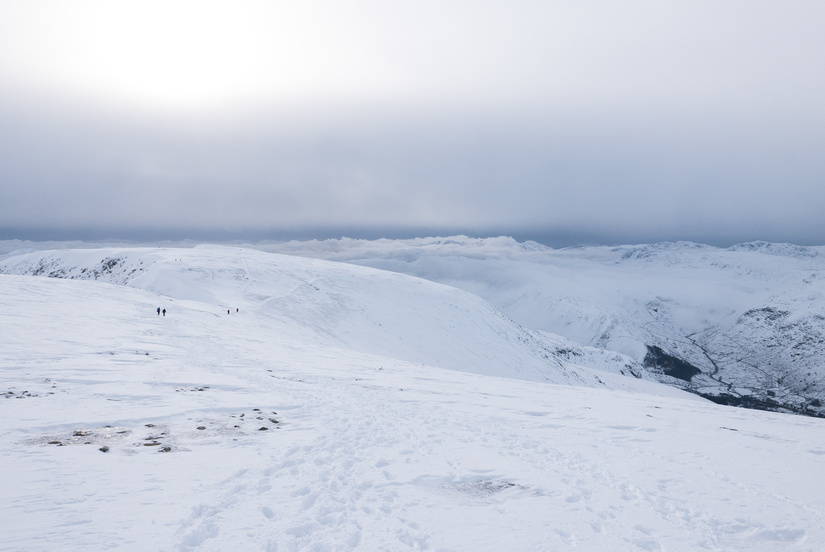 Looking back towards Nethermost Pike 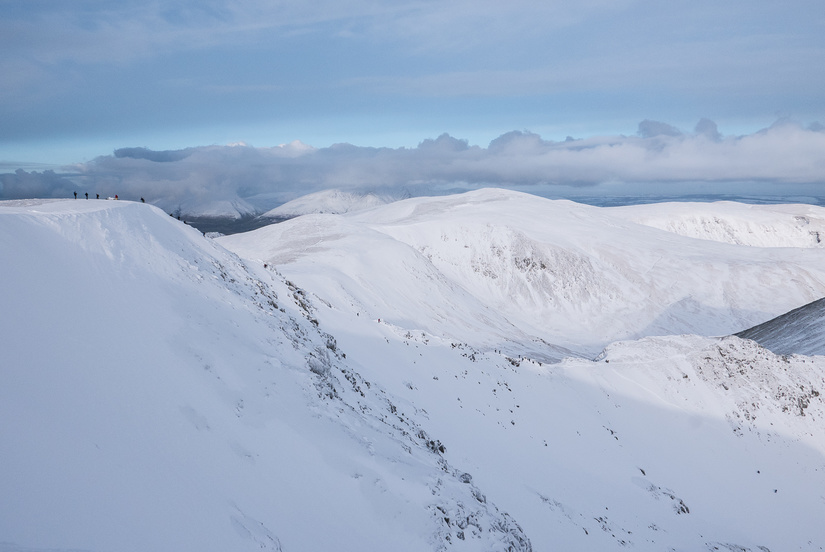 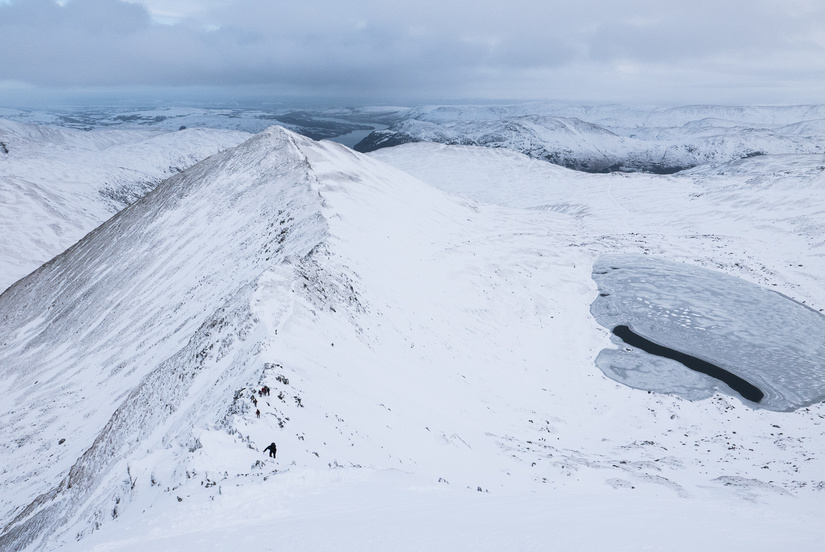 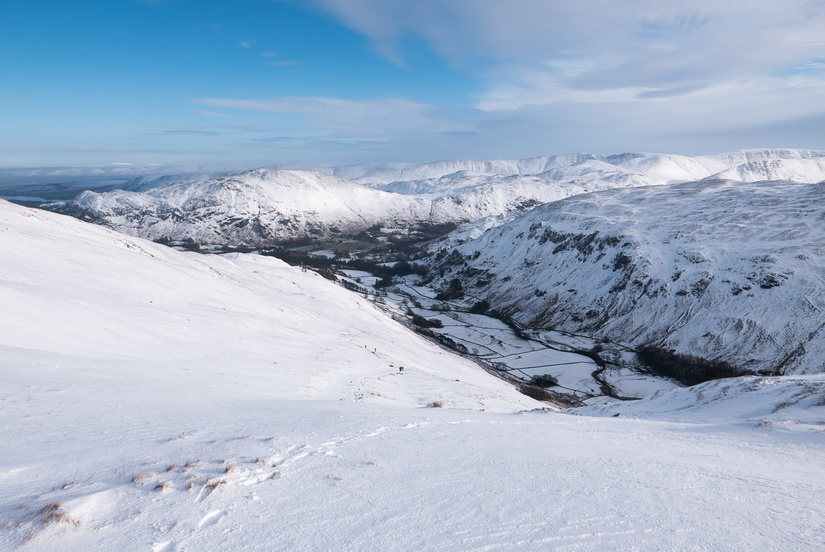 Looking down into Patterdale 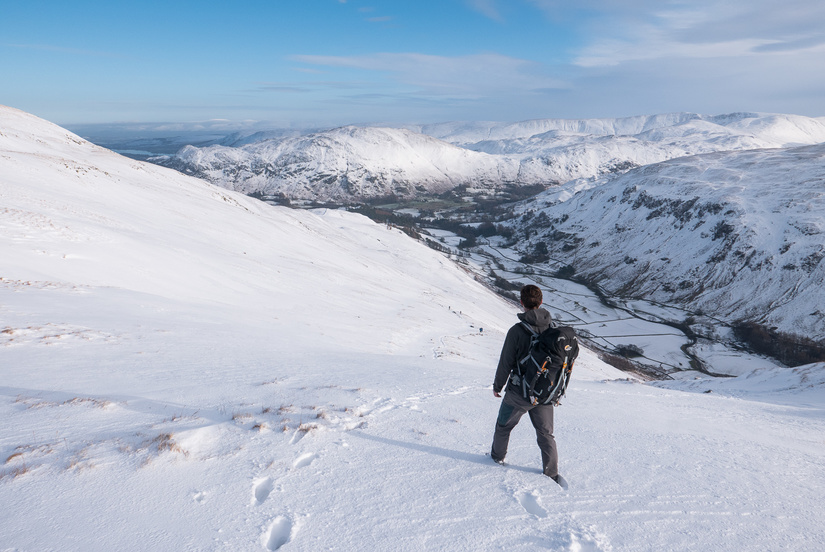 James on the descent 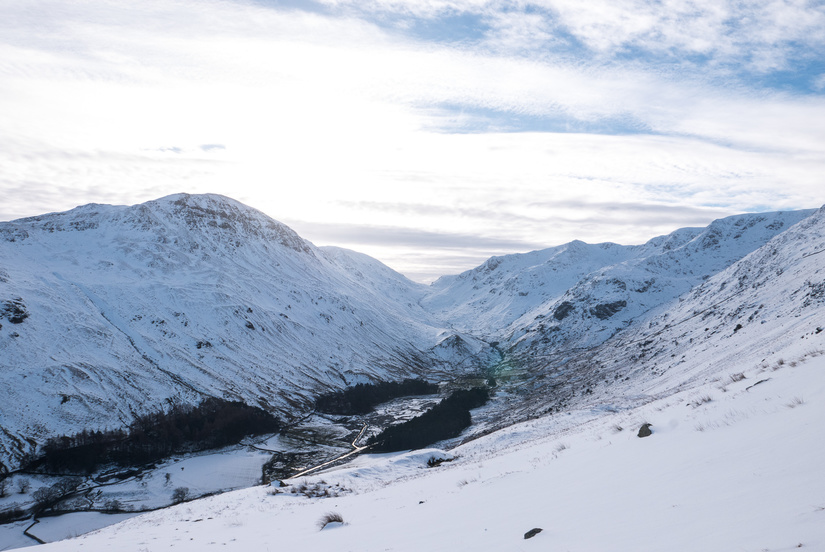 Looking back up the approach

One Response to “Taking climbing bags for a walk around Helvellyn”