Having left bristol at an hour which should not exist we were enjoying a coffee and breakfast in Ambleside at 9am while looking at the unfortunately grey sky. Despite this we held our nerve and carried on with plan A, which was to climb a link up of two classic routes on Pavey Arc.

Having spent too little time in the the mountains and too much time sat at work, the walk in came as a bit of a shock to the body. Thankfully after not too long we emerged at the tarn and were able to admire the crag. We were soon at the start of the route, and thankfully it looked like the route was mostly dry. Unfortunately the start was not one of the sections which was dry, which gave me a good excuse for using the helpfully tree rather than free climbing the start of the route!

The first pitch of Capella was enjoyable balancy climbing which had plenty of gear, until the traverse out left. Thankfully the climbing was then easy and I was soon enjoying the view at the belay. Becky made quick work of the pitch and I was quickly heading off on the next pitch. The first few moves took a bit of working out, and felt pretty serious with poor gear and committing moves, but the climbing was enjoyable. After these first few moves it was an easy romp up onto Jack’s rake.

We enjoyed a nice lunch on Jack’s rake as we watched the rain go by without touching us, but unfortunately this didn’t last as we moved up Jack’s rake to get to the start of the classic Golden Slipper. Initially it started drizzling which wasn’t enough to deter me, so I set off on the pitch as the intensity of the rain was increasing. Thankfully it didn’t end up coming to much and the rock was dry by the time Becky was climbing.

From the top of the first pitch you are greeted by the fantastic slab of the second pitch, which from the ground looks immensely improbable for the grade. The climbing up this pitch was just fantastic with holds appearing all the time and just enough gear to keep you feeling happy. The crux was stepping right as the slab steepened and was just fantastic as just when it looked like you had run out of holds, a big jug appeared.

Becky lead the last pitch, unfortunately by the time we had swapped over who was leading it was properly raining and we got properly soaked. This lead to a quick stop on the summit for a photo, before running down to get out of the wind in our wet clothes. 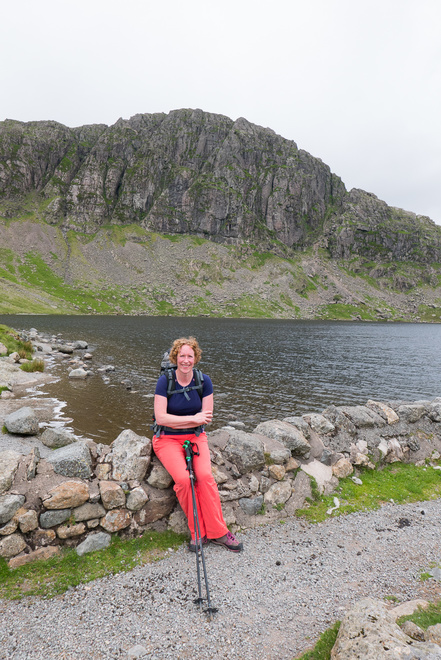 Becky in front of Pavey Arc

Becky on the first pitch of Capella 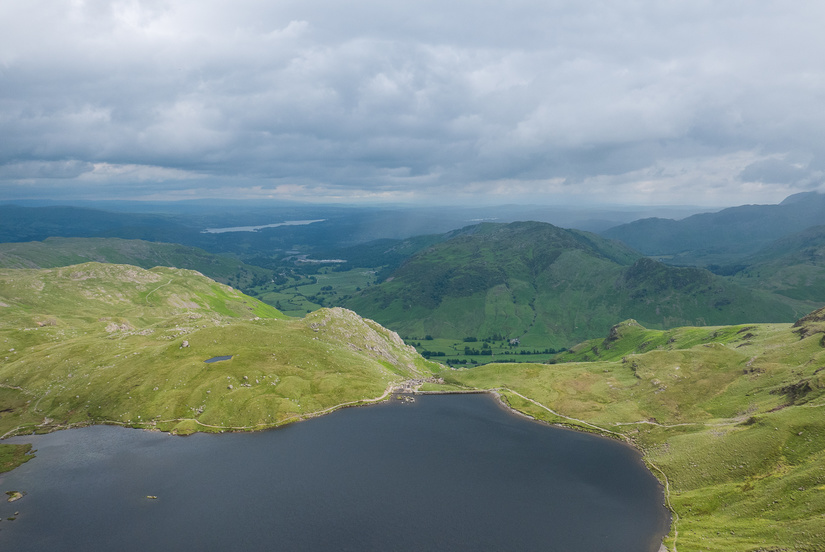 Lots of rain about 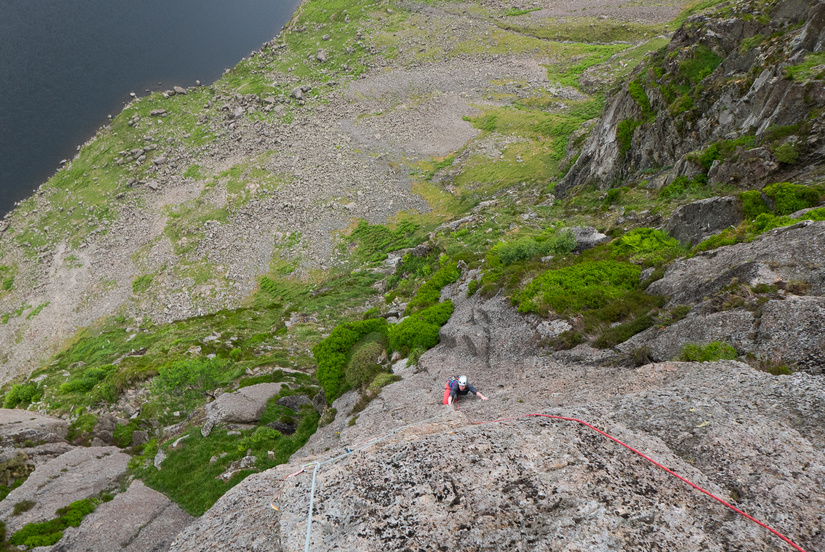 On the sublime second pitch of Golden Slipper 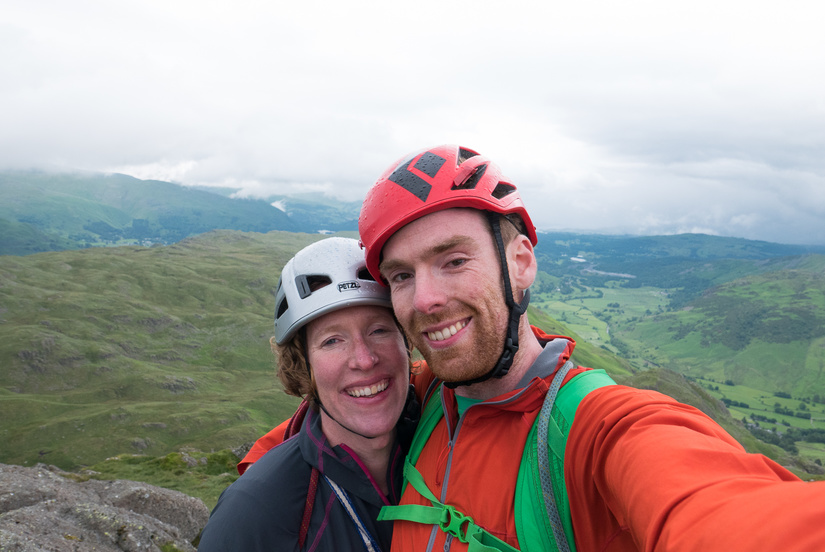 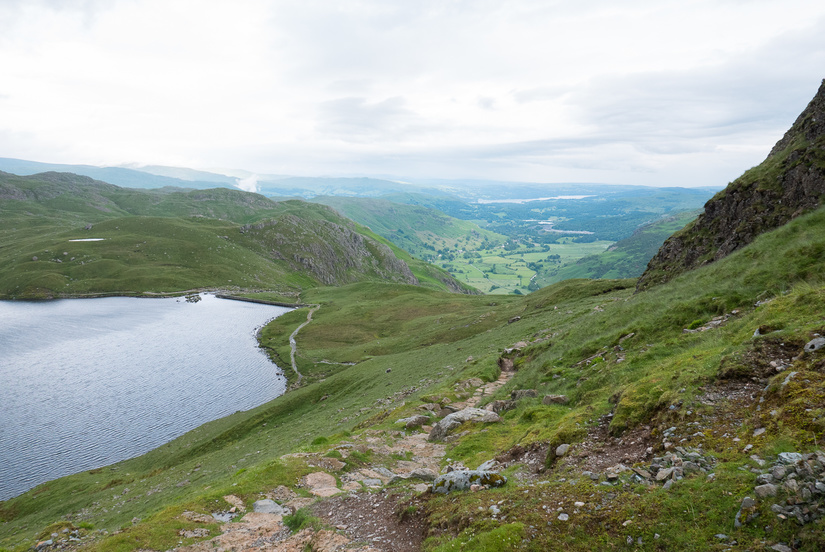 On the way back down

With a great forecast for the second day we debated taking a punt and heading up to Scafel, however due to the northerly wind and cool temperature we elected for the safer option of Gimmer. We chose the shorter approach and leant the hard way what the guidebook means when it describes the approach as arduous! After the warm up of the approach I set off on a shady Intern, which in the morning with cold rock suddenly felt very hard, but the climbing was fantastic with spaced but good gear. Andrew lead the stunningly positioned second pitch which just left me to enjoy the climbing up to the ledge.

From the half-way ledge we climbed the appealing slab of Whit’s End Direct, which was a long pitch with excellent well protected slab climbing. I only a short time cursing myself for choosing to climb a slab while trying to work out the very thin crux. Once you are past the crux there is just the easy but exposed move out onto the overlap, before the climbing eases as the top approaches.

After a quick abseil back down and some food we headed up the classic Gimmer String. Which was an outstanding climb, with the first pitch of Gimmer Crack’s being very enjoyable with nice jamming, exposed moves and a comfy belay ledge. Andrew got left with the second pitch which was a bit thrutchy at times, but surprisingly enjoyable for me.

The final pitch was just outstanding, with sustained climbing that was never too hard, in fantastically exposed positions. From below the final crack looked very tough, but as it was approached it was clear that there were plenty of footholds, before one hard pull up to the finishing jug.

After this we abseiled back down and climbed one final route of the day before heading back down in time for a BBQ in the sun. 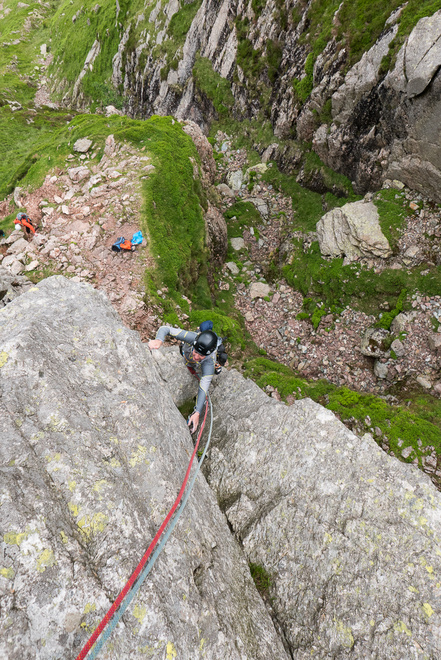 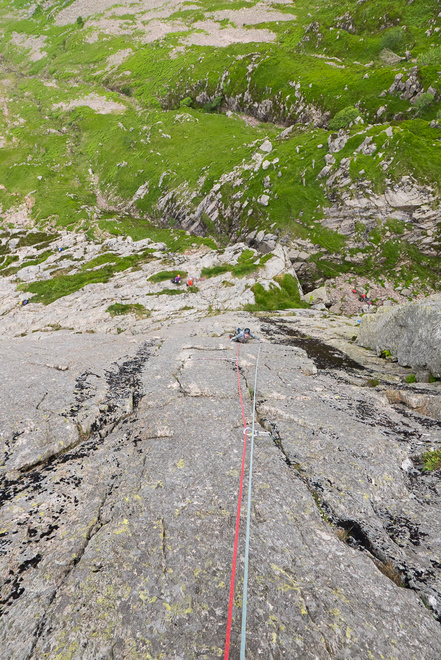 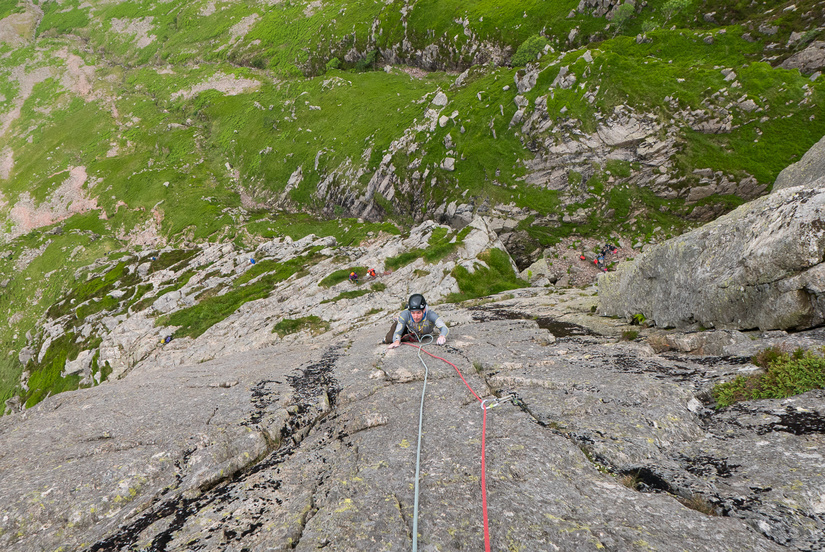 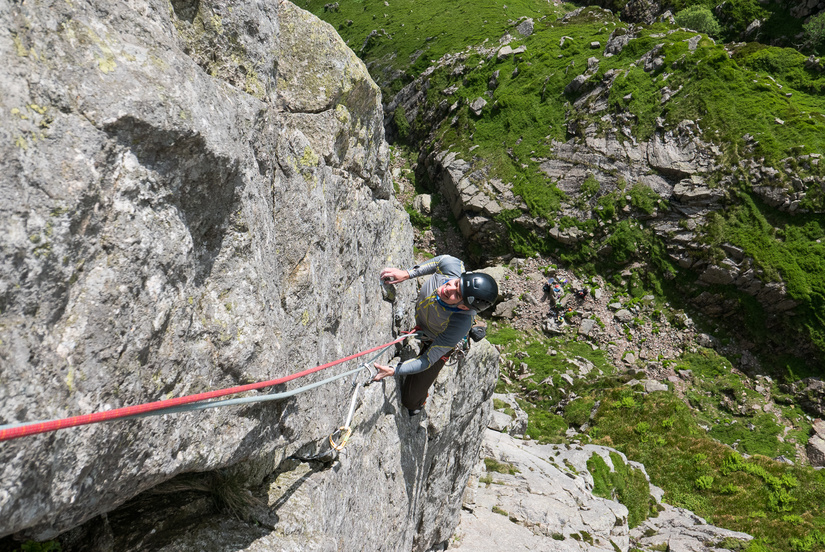 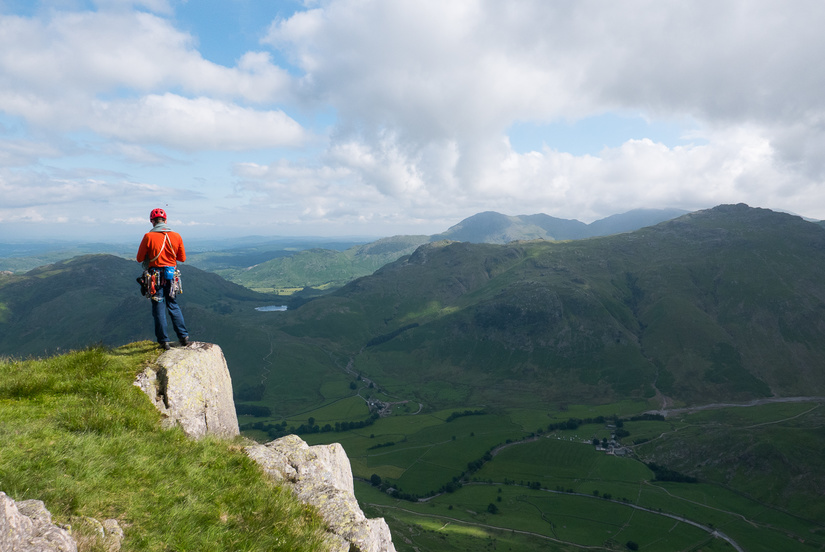 Enjoying the view from the top 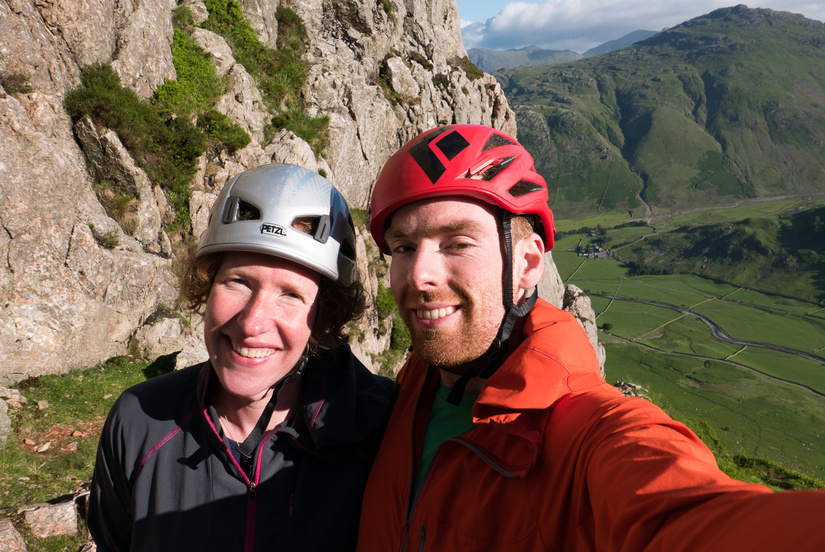 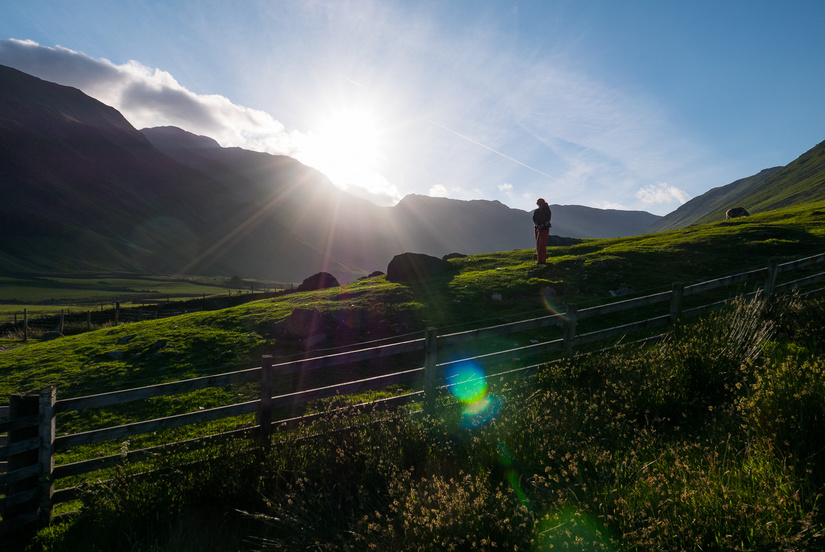 One Response to “Rock Climbing in Langdale”