Climbing, Kayaking and Walking on Dartmoor

I spent last weekend visiting university friends down in Exeter, I originally arranged the trip so I could have a whisky night with my housemate from last year. However, as is often the way it turned into much more and involved trad climbing, soloing, bouldering, walking, white water kayaking and even a bit of unexpected pluming!

I headed down to Exeter on Friday night before heading to the pub and then staying with some of my best friends. On Saturday morning the weather was lovely so I headed out to Dartmoor with Steve with the idea of doing some climbing if it was warm enough or going for a walk otherwise. We arrived at the car park at Haytor and it wasn’t too windy so we decided to do some climbing so packed our gear and headed up to the crag.

I warmed up by solo climbing “Bulging Wall” a VDiff which I climbed with Steve and Andrew back in spring, it also happened to be my 100th outdoor rock route of the season. It was the second ever route I have soloed and despite the climbing being easy it suddenly feels far more serious when there isn’t a rope protecting you and I have discovered that soloing certainly focuses your mind! 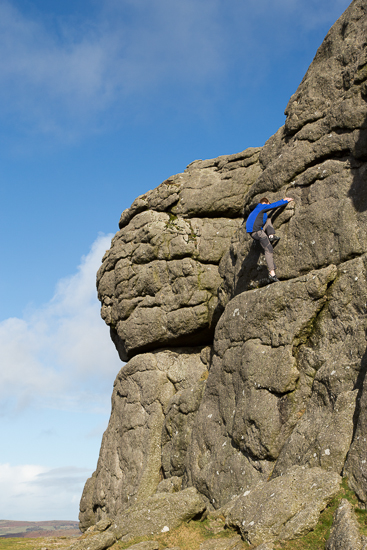 After Bulging Wall we put our climbing stuff on and I racked up preparing for “Haggis” an E1 5b with a bold start, which in this case meant no gear for the first 6m until you reached a horizontal break. I psyched myself up for the route and set off, a few moves below the break I was starting to get a bit nervous about the difficulty of the climbing and the drop below me but I pushed on. At this point a group of small children arrived which I had to try hard not to let distract me and managed the next couple of moves, but at this point I was below the overhang and reached greasy rock. Due to the tricky moves below me I was certain if I tried to downclimb I would fall off and hit the ground so carried on, and while terrified I trusted the greasy smear and moved up to what looked like a great handhold in the break where I would be able to place gear. Unfortunately this was not the case as it was soaking wet which caused me to panic slightly, and instead of throwing a cam into the break and protecting myself tried to find a better handhold for my left hand and at this point my critical foot slipped. It all happened very quickly and with only one swear word, I seem to remember trying to push myself away from the rock so I landed away from the two rocks at the base of the climb, though if I actually managed anything I am unsure. Thankfully I did land away from the rocks and managed a great roll and escaped from my first ground fall without significant injury. In fact my only wounds were skinned fingers which preceded to bleed everywhere and a bruised hand!

After this we decided to sack off climbing and go for a walk, however as the walk was over to Hound Tor with some bouldering and some more easy routes I packed my climbing shoes and off we went. The weather was just fantastic with great clear views in every direction and in the sun it was lovely and warm, although it was fairly wet underfoot and in hindsight wearing walking boots may have been a good idea! 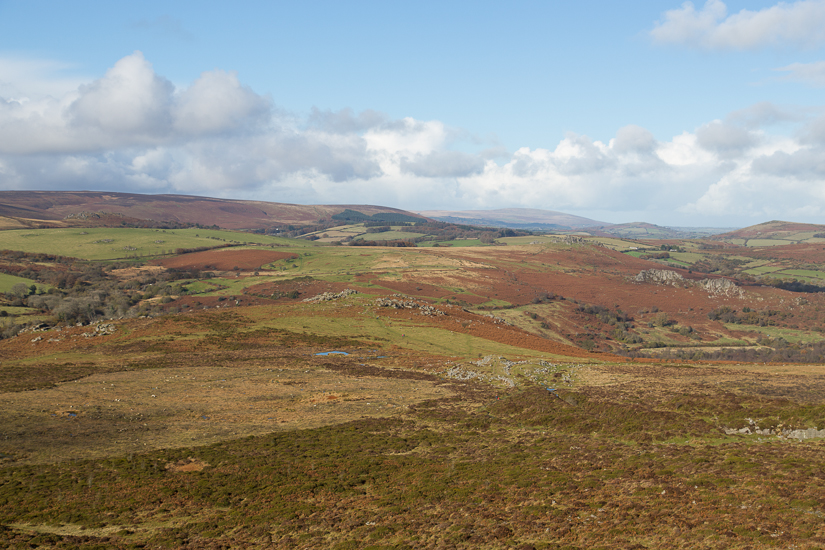 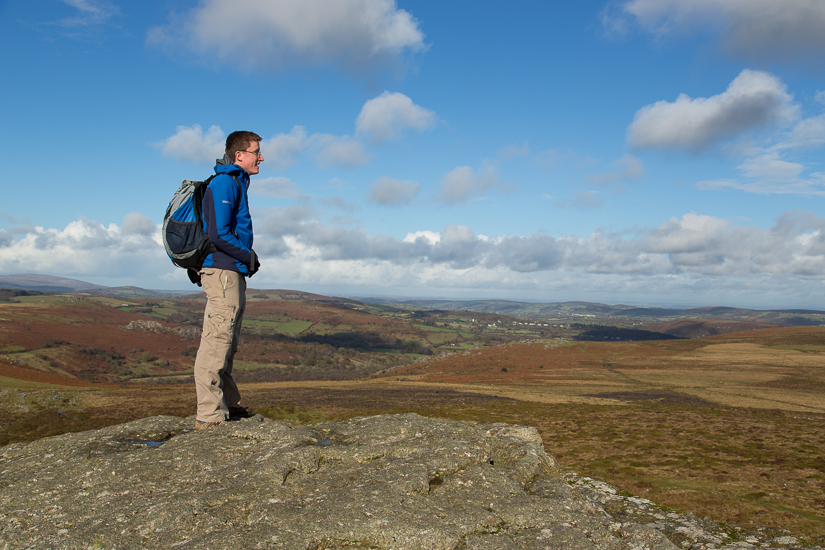 Steve on top of Haytor 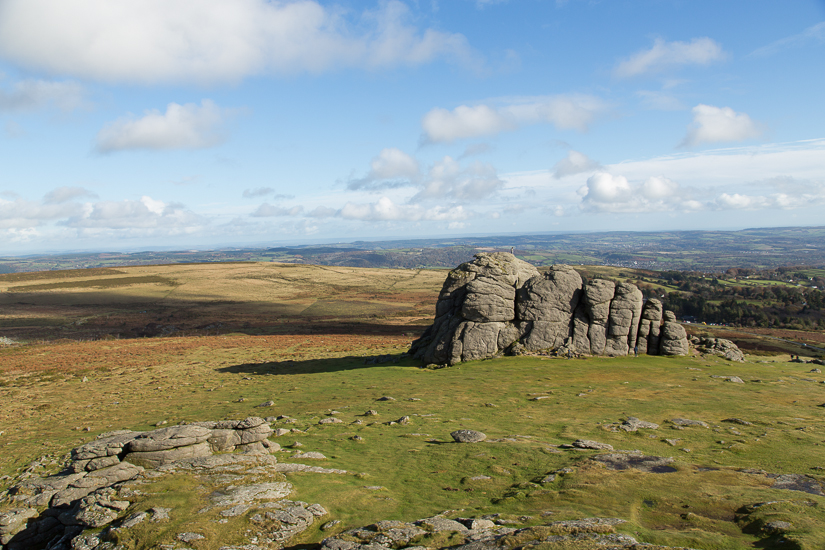 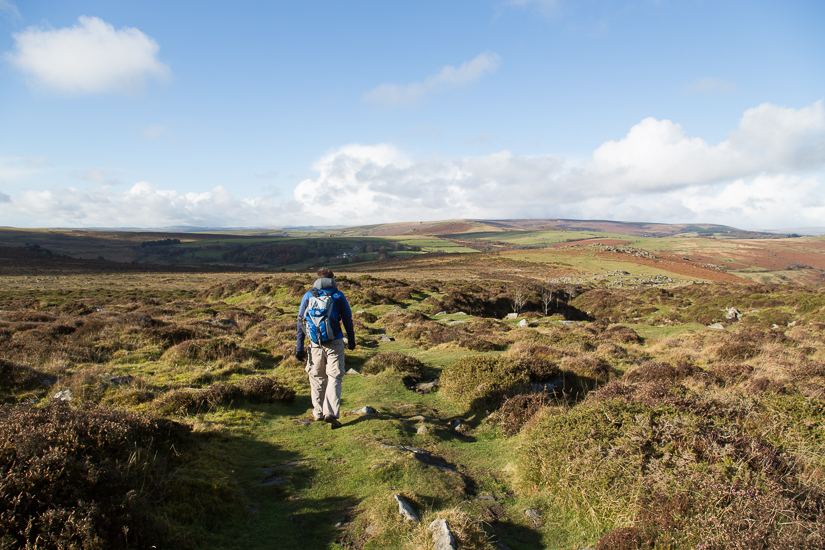 Walking over to Hound Tor 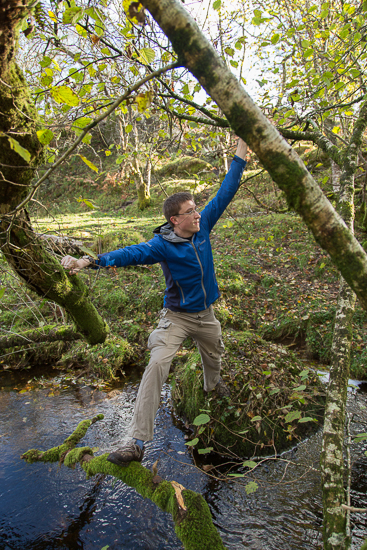 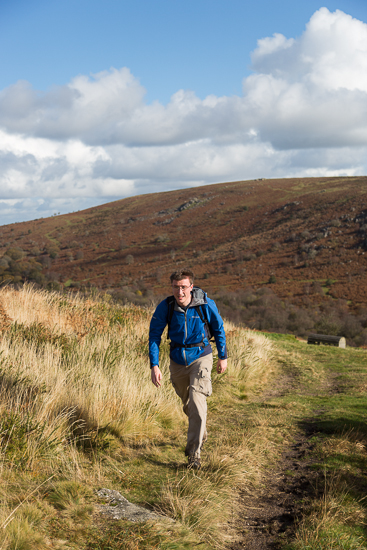 Walking up to Hound Tor

After getting wet and muddy feet we arrived at a river with no obvious way of crossing without taking our shoes off and wading across the ford, however after noticing some very thin branches we decided to have a go at crossing using them. As I was first I gave my camera to Steve as there was a good chance I would end up in the water holding into a snapped branch, however thankfully it held and we both made it across dry.

Once we got to Hound Tor I headed straight to a boulder problem called “The Horn” which I had tried to climb and failed at the start of the summer. It is given a grade of V2 6a and after a few attempts I manged to get over the crux to then terrify myself on the top out which was fairly thin and at one point I was certain I was going to fall all the way to the ground again! Thankfully I managed to compose myself, get my feet high and get over onto the top.

We then went and hid out of the wind and ate out lunch, some apple pie. After lunch we headed home but I couldn’t resist the temptation to do another route quickly so I repeated “Devonleigh” a HVD route I climbed with Rosie earlier in the year which was fairly straight forward but fairly exposed. 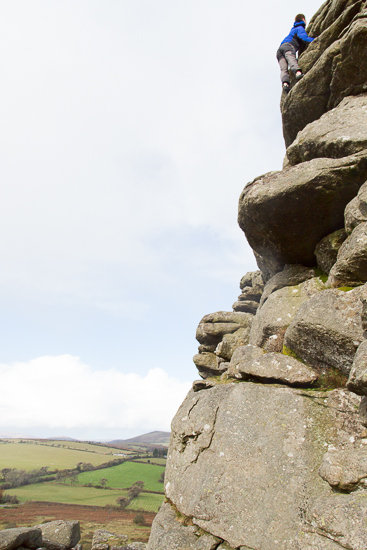 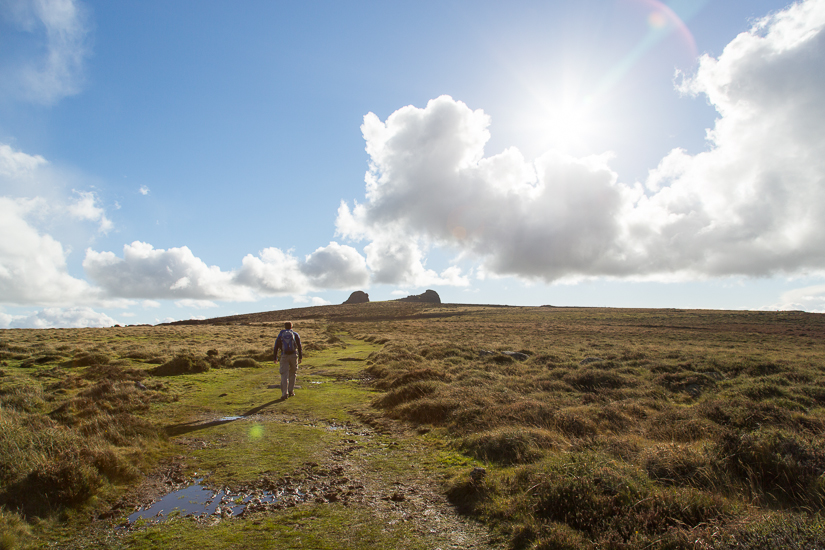 Walking back up to Haytor

We headed back to Haytor on bigger paths than we used on the way out so managed to keep mostly dry feet and enjoy the beautiful weather. Once I was back in Exeter I headed to Alex’s house for a night of whisky and cigars with Alex and David. However shortly after arriving they had an issue with a hot water pipe coming loose, and due the stopcock being hidden on a weird location I ended up doing some emergency pluming reconnecting the pipe while it was still flowing after dismantling a cupboard to get to the problem. Thankfully I had extra clothes as after it was fixed I was well and truly soaked!

The next morning I woke up early to head over to Dartmoor again to paddle on the River Dart, the section we were paddling was called the Dart Loop. It is a section of the river I have run a few times and as per usual the water was pretty low (it is never wet when I do my hobby which needs wet weather). I arrived before Tom and Jackson so went for a walk down the river with my camera, however I did not reach the good rapids and the river was pretty quiet at 10 so didn’t get many photos. While running the river I only swam once due to messing about practicing ferry gliding in a wave and then having a failed attempt at an assisted rescue due to people taking too long to get to me, I’m looking forward to getting my roll sorted! It was a great trip despite being a bit scrapey, and I think I might have sorted out a loan of a boat over the winter so will hopefully get some more time in on water over the coming months. 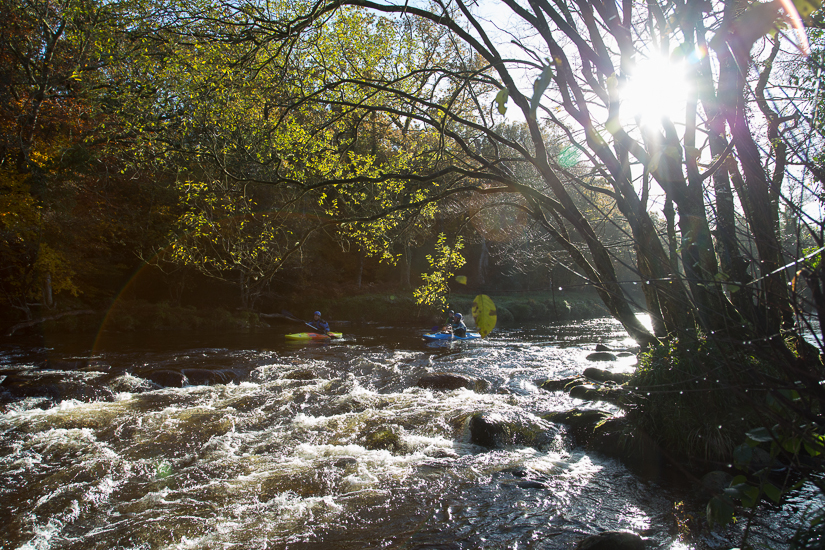 Kayakers on the Dart Loop 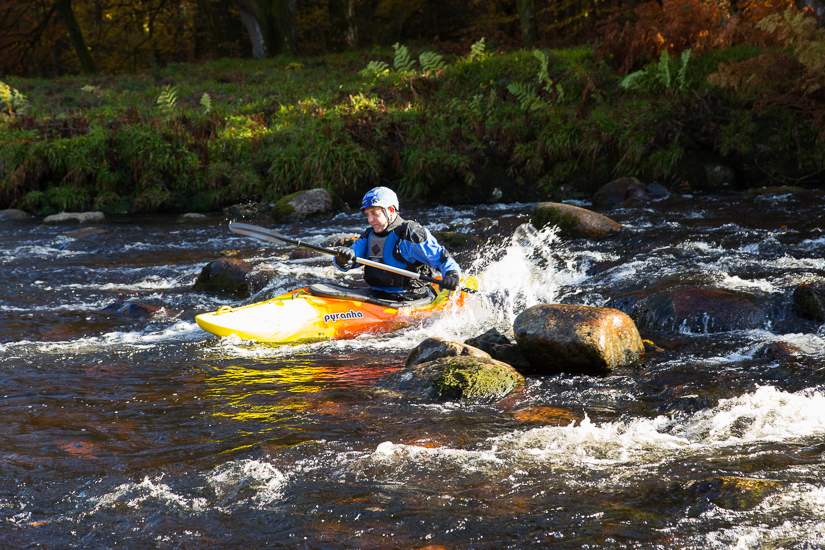 Kayaker on the Dart Loop