After traversing the Zinalrothorn we headed to Saas Fee where we met up with Rich, Ben, James and Lucy.

As James and Lucy had just arrived we decided to start with the Jegihorn via ferrata as it is a great day out and it gets you fairly high. I have previously climbed the via ferrata, however when I last climbed it the exposed bridge near the end was in the gully rather than attached to the rock so we were not able to climb it.

Becky, Lucy and I caught the first lift up from the valley and enjoyed a cool walk to the base due to some mist. Thankfully by the time we arrived at the base of the route as the mist had cleared. The via ferrata gets interesting quickly with excellent scrambling on mostly good rock, it is really enjoyable as it mostly a protected scramble up a mountain, rather than just pulling on lots of metal.

The climbing after the bridge was outstanding as the route got steeper and the climbing more interesting, but it was never too difficult. All too soon we were enjoying our lunch and admiring the view from the top, the descent from the Jegihorn is never the best part of the day, but it was nice not to be rushing for the last lift for once!

The plan for the next day was to climb the Almagellhorn which we knew had some via ferrata cable on, but due to a misunderstanding thought that it was very straightforward and that via ferrata kit was not required. It soon transpired that kit was certainly advisable, so elected to turn back due to not wanting to worry about the down climb for the rest of the day and certainly not wanting to down climb the route in the wet. Due to not completing the route we were back at the lift station while it was closed for lunch so we enjoyed a beer and rösti while waiting for the lift to open. 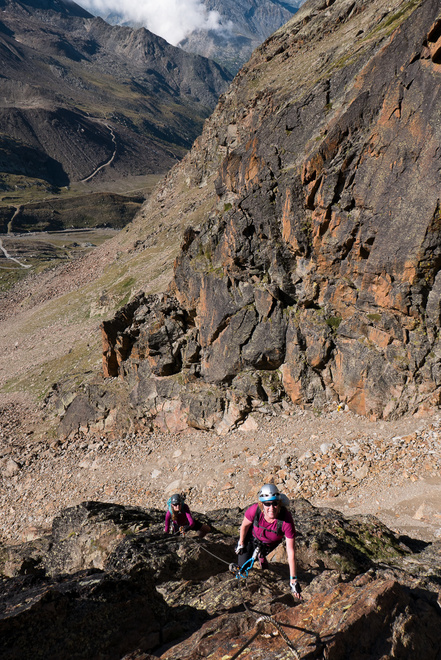 Near the start of the route 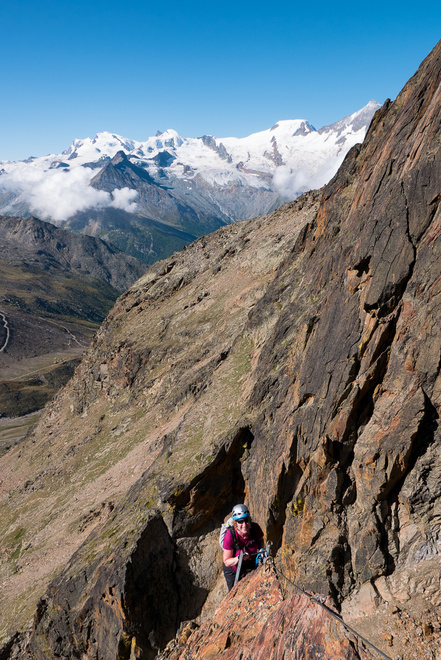 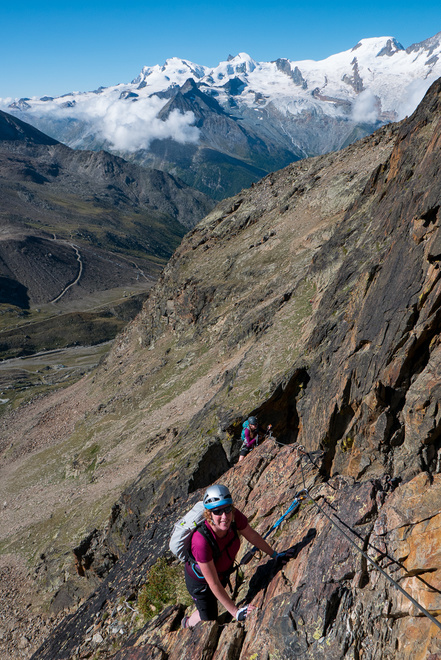 In front of the Saas Fee mountains 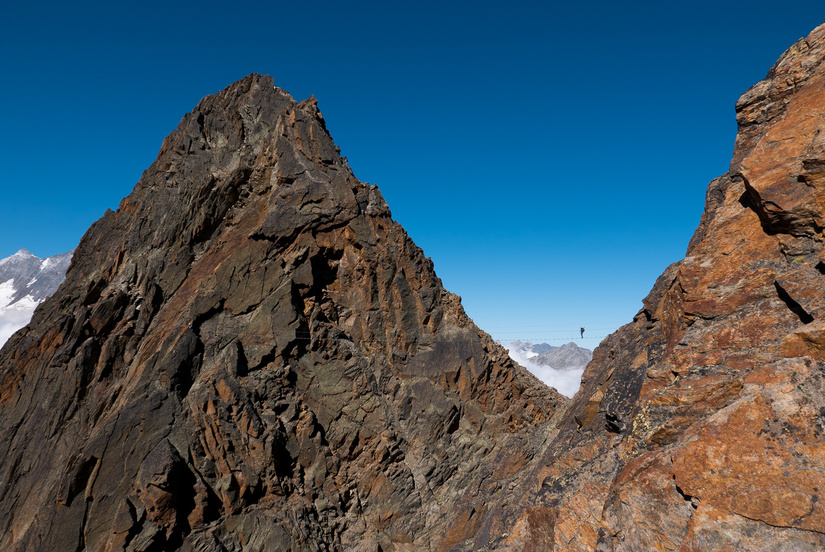 Someone on the exposed bridge 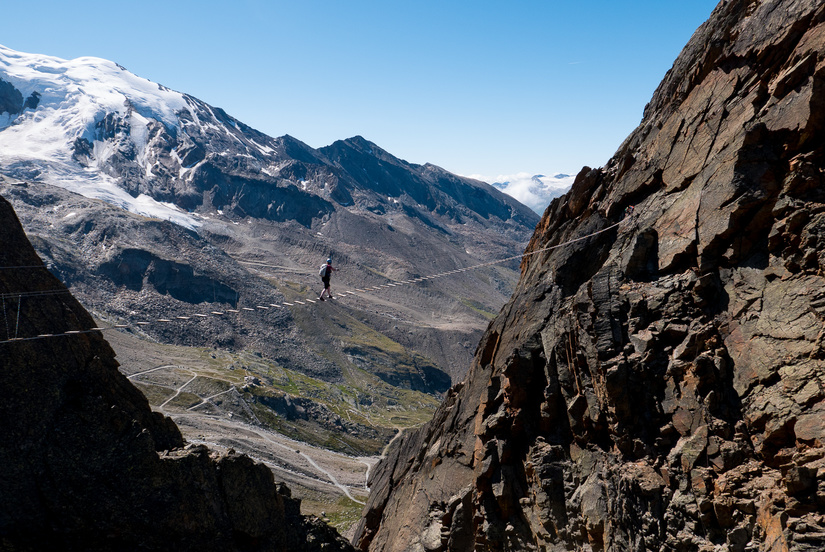 Becky on the bridge 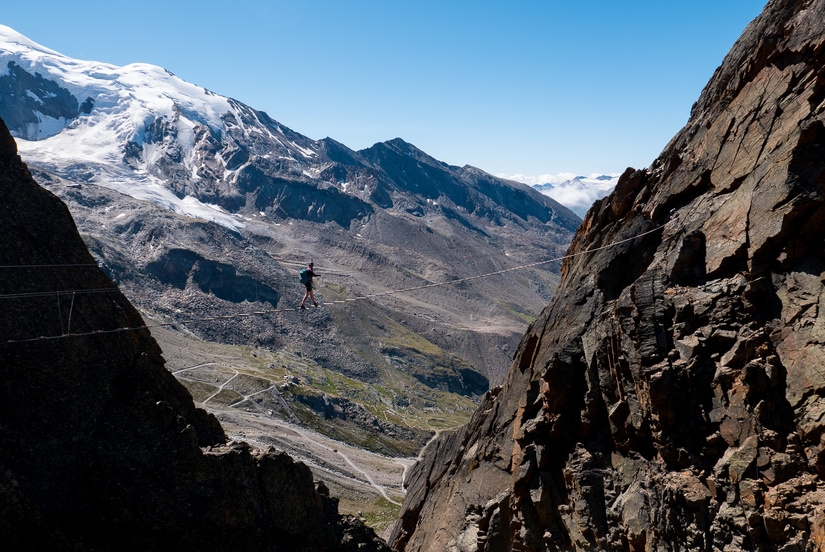 Lucy on the bridge 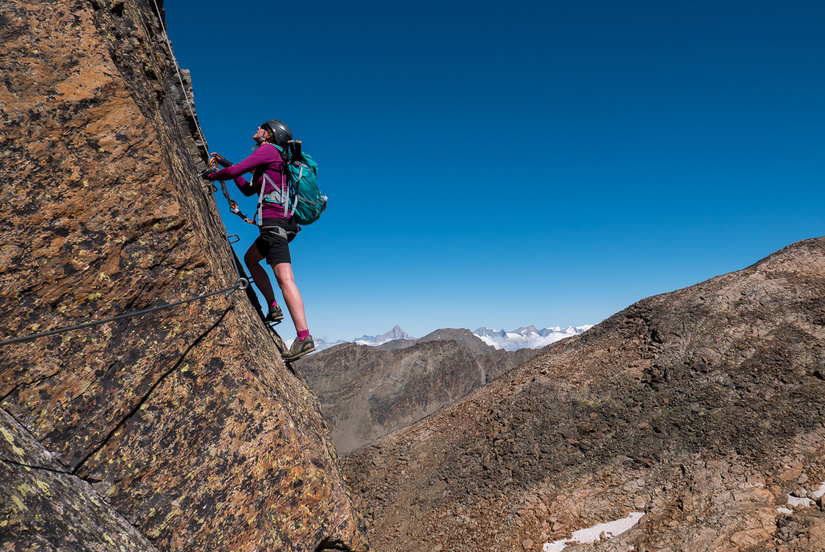 Fun climbing after the bridge 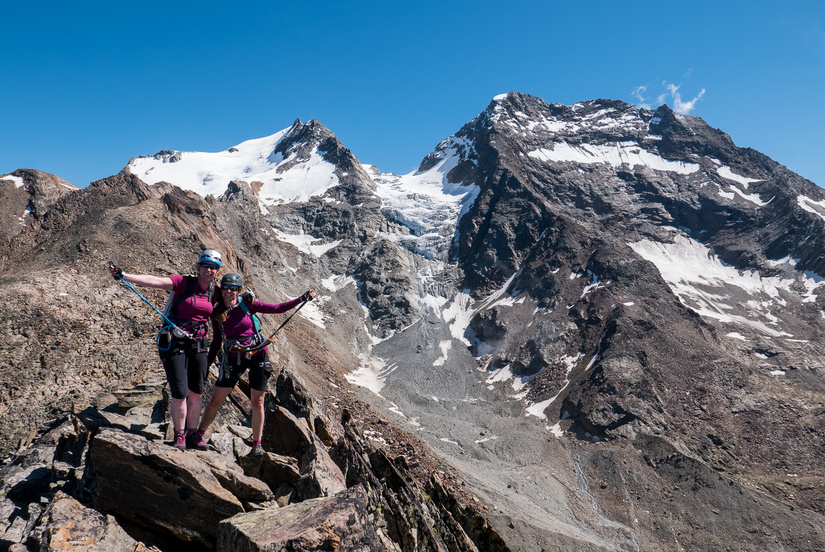 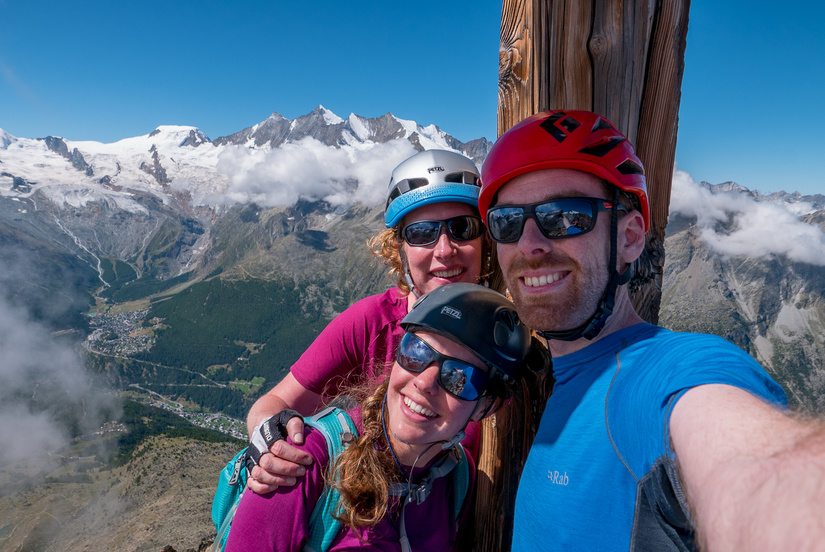 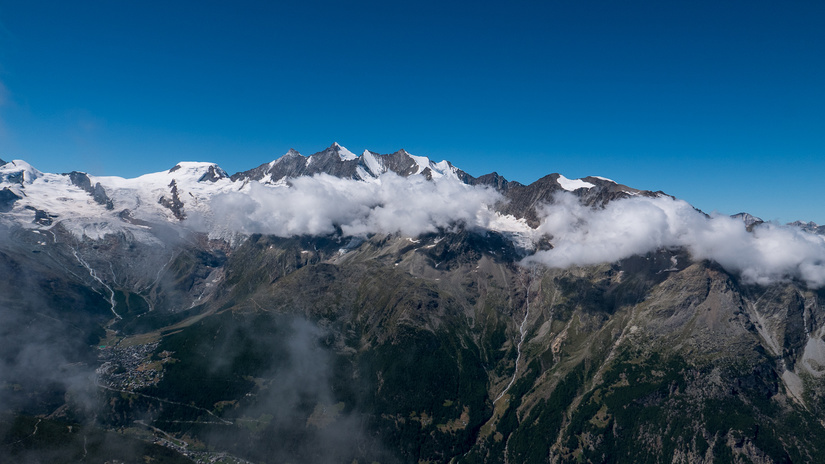 Looking over towards the mountains above Saas Fee 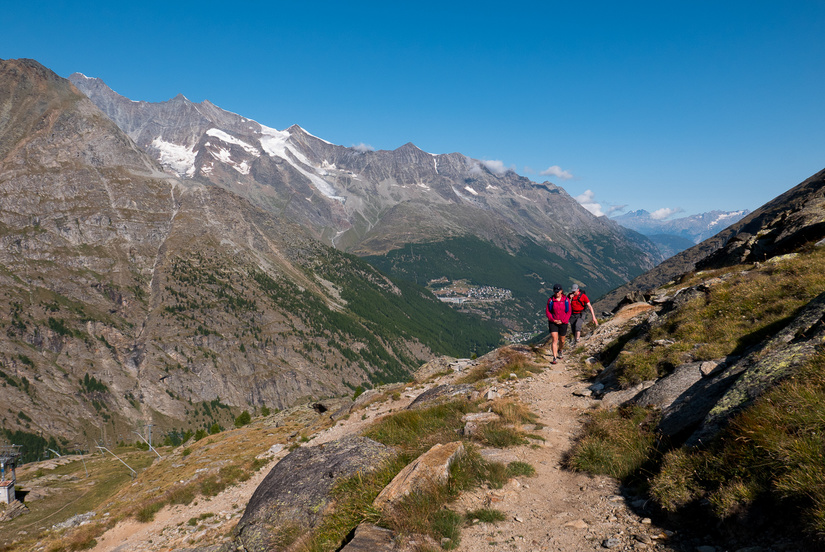 Great views on the ascent to the Almagellhorn 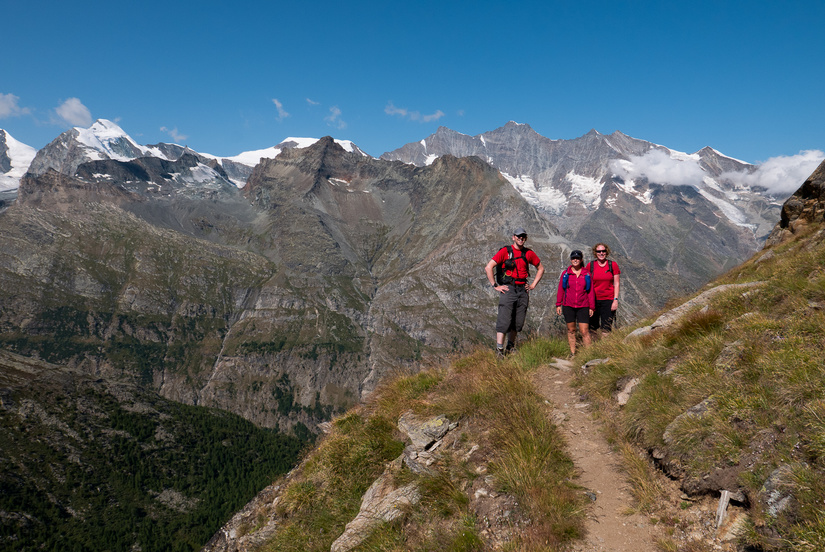 In front of the Dom on the ascent to the Almagellhorn

One Response to “Saas Grund Klettersteig”