After three high mountain days we were all beginning to need a rest day but as there was only one more day of good weather forecast we decided to carry on and head up to the Jegihorn via ferrata, it is a rather special via ferrata as it climbs up to a summit of 3206m with stunning views of the Saastal mountain ranges on the ascent.

The walk into the start of the via ferrata at 9am was unbelievably hot due to being sheltered from the breeze though thankfully once we arrived at the start of the route there was a breeze which reduced the temperature to a great level. The route was unlike most other via ferratas I have done as for the most part there was just a cable for protection while the climbing was scrambling on the rock and pulling on the cable which I have only encountered once before on a very hard via ferrata in Austria last year. This type of via ferrata is more fun, though it also creates more exposure due to it being harder scrambling than following metal rungs up the mountain, especially for people not used to scrambling or being above gear climbing.

The route was great fun all the way up with a mixture of steep scrambling, exposed scrambling, ladders, down climbing and a very exposed arete, unfortunately the very exposed wire bridge and hard section that I was really looking forward to was not climbable as over the winter the wire bridge had collapsed! Though the alternate route wasn’t without exposure and was still great fun, especially when you try and walk along the knife edge arete! We took quite a while on the climb as it was Simon, Rosie and Ruth’s first via ferrata which meant that we had a bit of a rushed descent (1h40 to do a 2hr descent) to get to the last lift down, though thankfully we made it with 7mins to spare!

Due to the weather closing in the day after this we decided to head home two days early to save money rather than sitting in a tent playing cards for two days straight. It was an amazing two weeks in the alps where I did everything I planned to do if the weather was perfect and a whole lot more and I have now already started looking at potential destinations for next year… 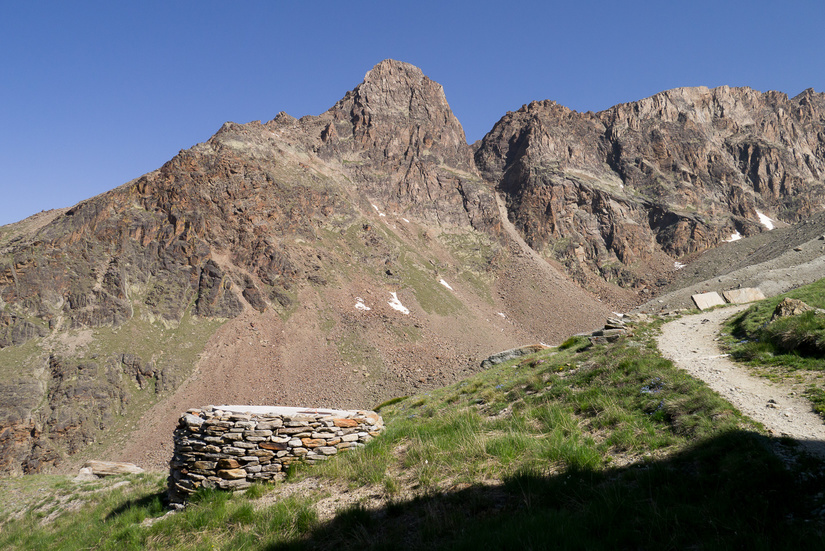 Approaching the Weissmies hut with a view of the Jegihorn 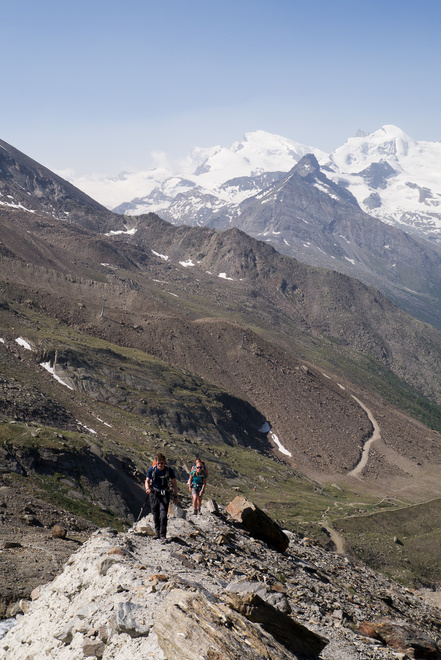 On the impressive moraine approaching the start 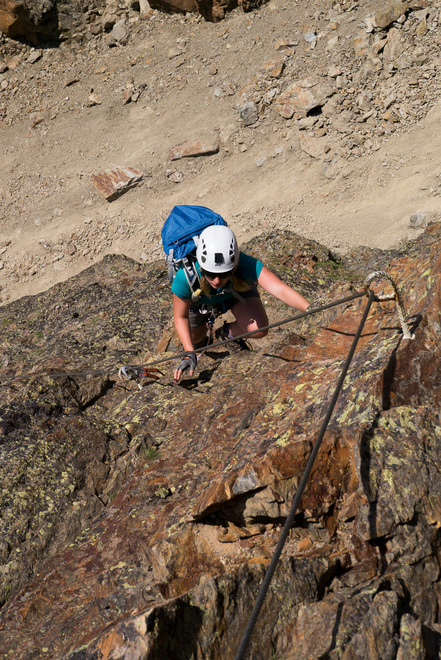 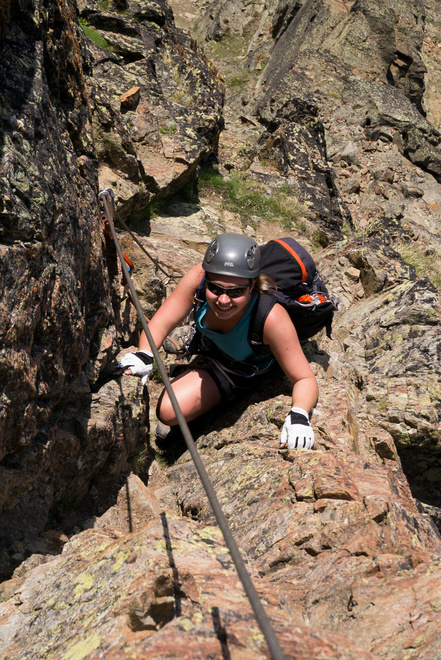 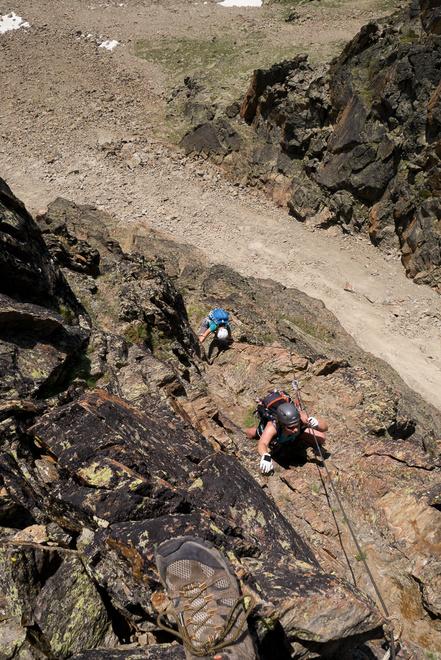 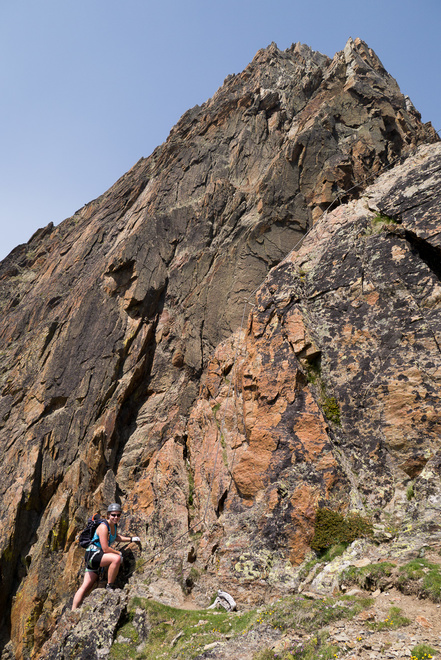 Summit in the background 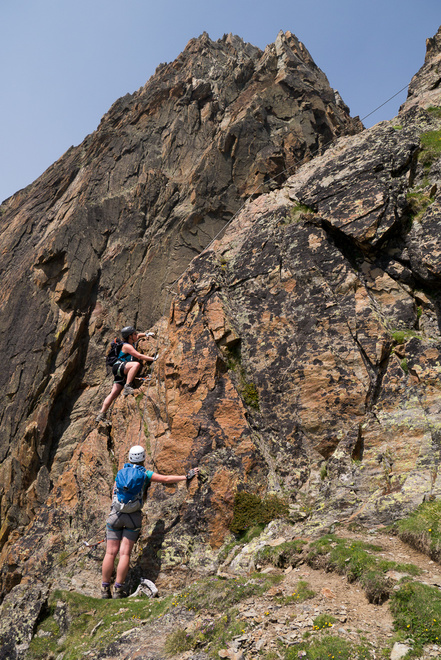 Scrambling up an arete 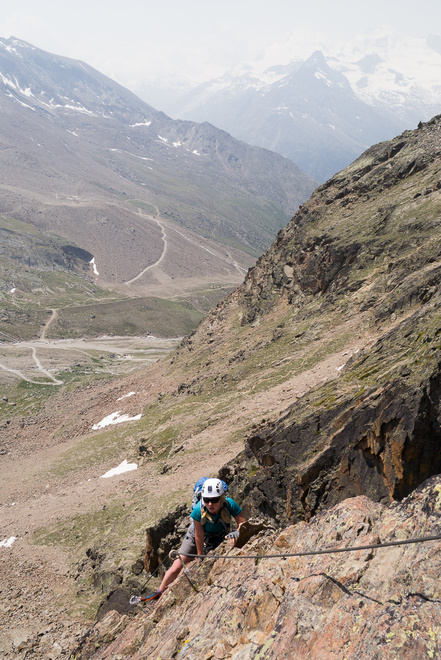 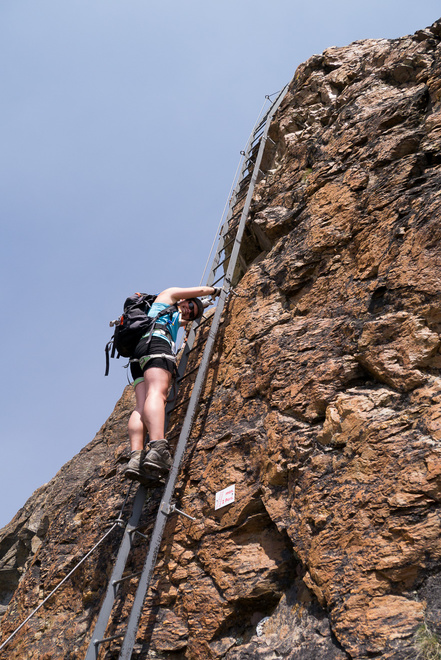 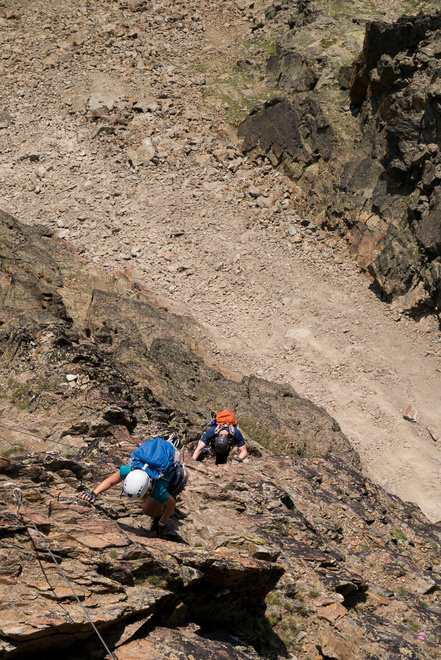 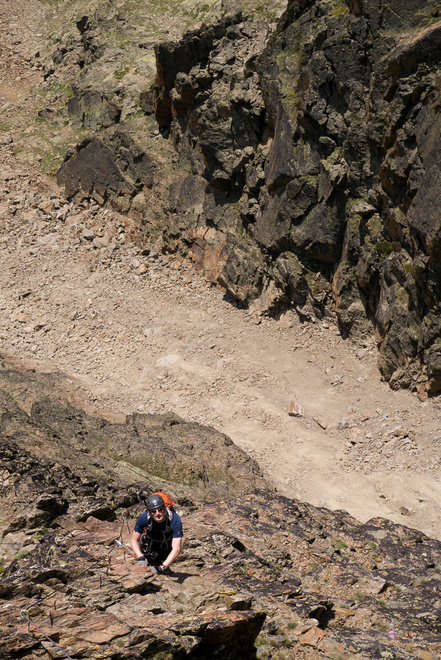 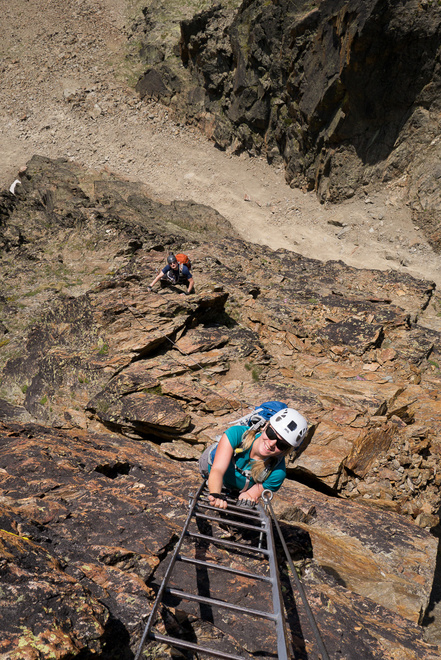 Another angle on the ladder 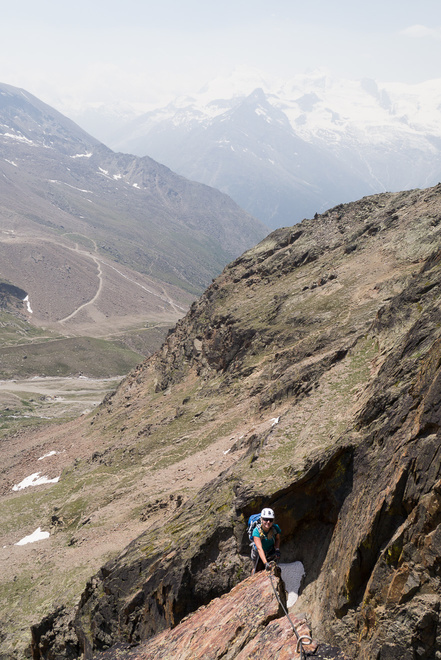 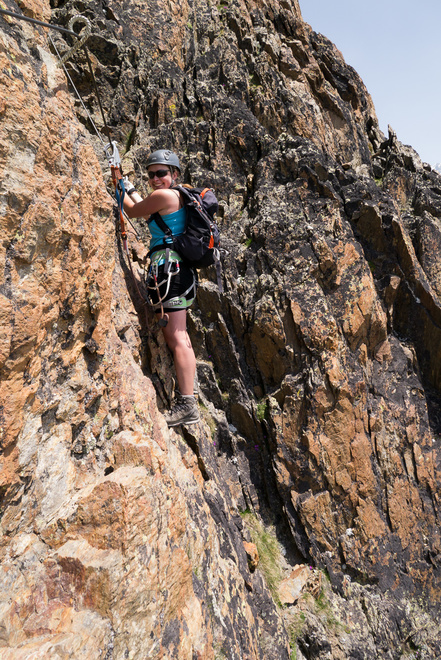 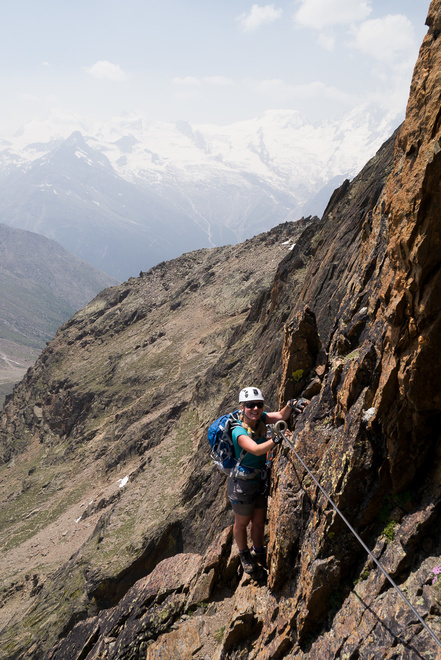 Stunning view over towards Saas Fee 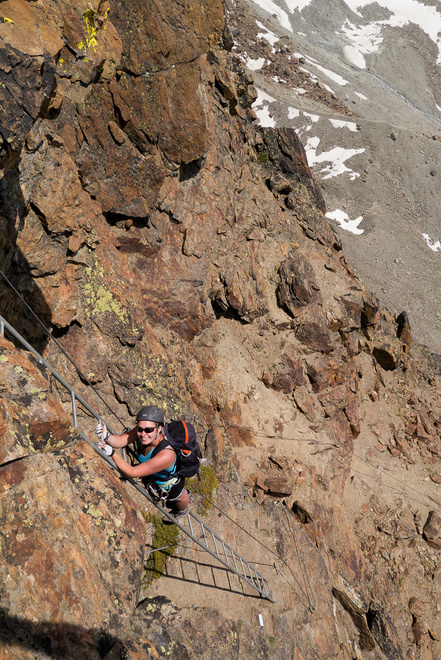 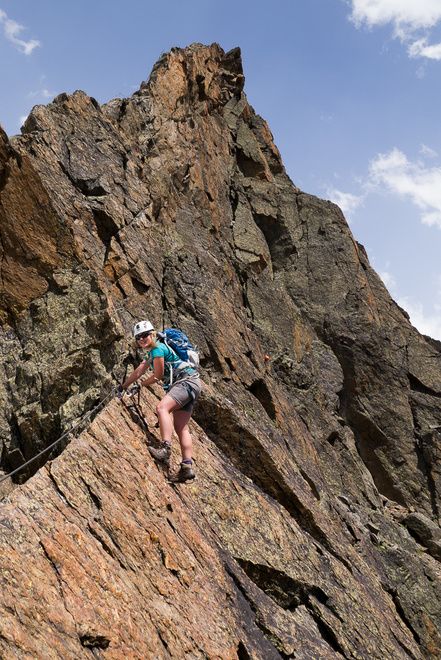 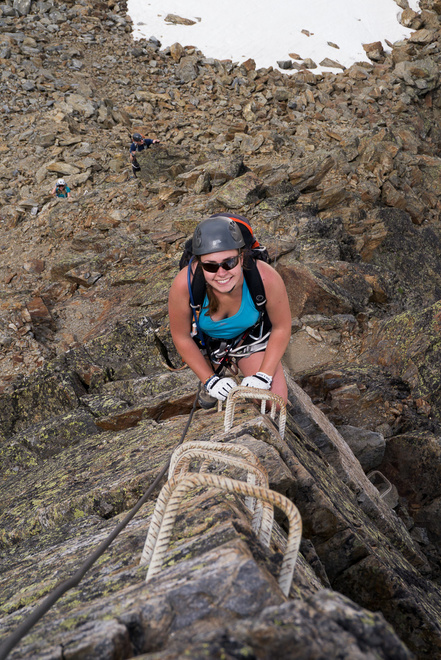 Nearing the top on some more traditional via ferrata 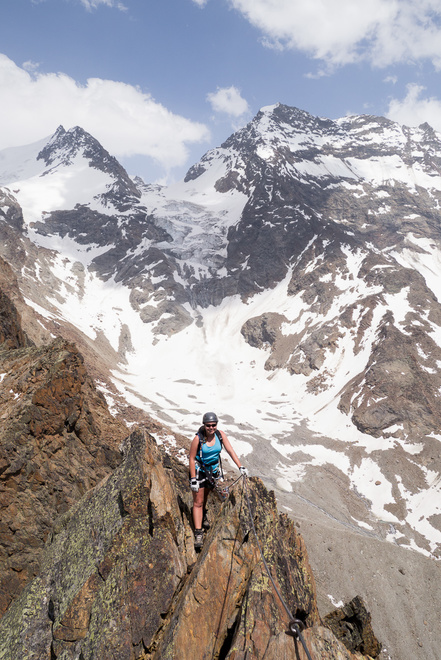 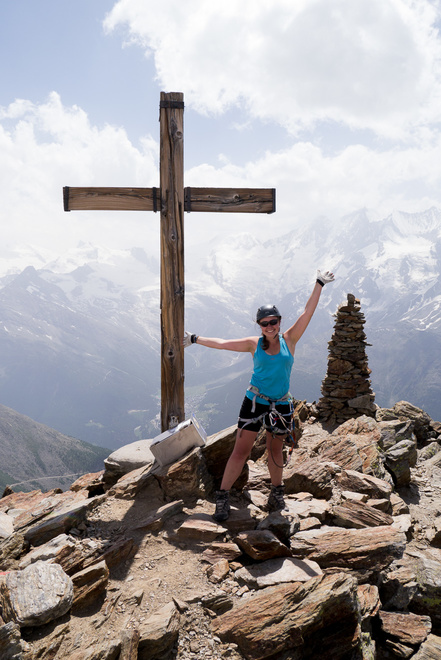 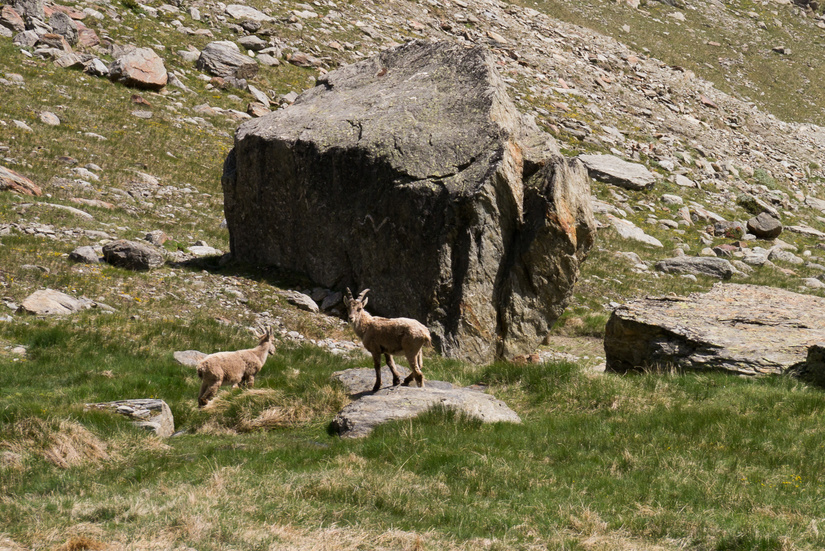 Ibex on the descent

One Response to “Jegihorn Via Ferrata”