With thunderstorms predicted for the afternoon we wanted a quick morning out was in order. Just above where we are staying is a classic short via ferrata called Piz da Lech.

The route was fantastic as the cable provided excellent protection but it was not necessary to use the cable, all of the moves could be done by climbing the rock. Towards the end of the via ferrata there was a short bridge over a steep gully and then some ladders up the steep final headwall.

A short walk lead us to the summit where we were able to enjoy the contrasting views from the rocky high mountains to the lush green valleys below. After a fairly quick descent we were soon back at the lift station and were able to enjoy lunch in the sun with a stunning view of the dolomites.

As it turned out the forecast thunderstorms didn’t arrive until much later in the afternoon, just after I had headed out on my bike for a quick ride up the to col above the campsite. 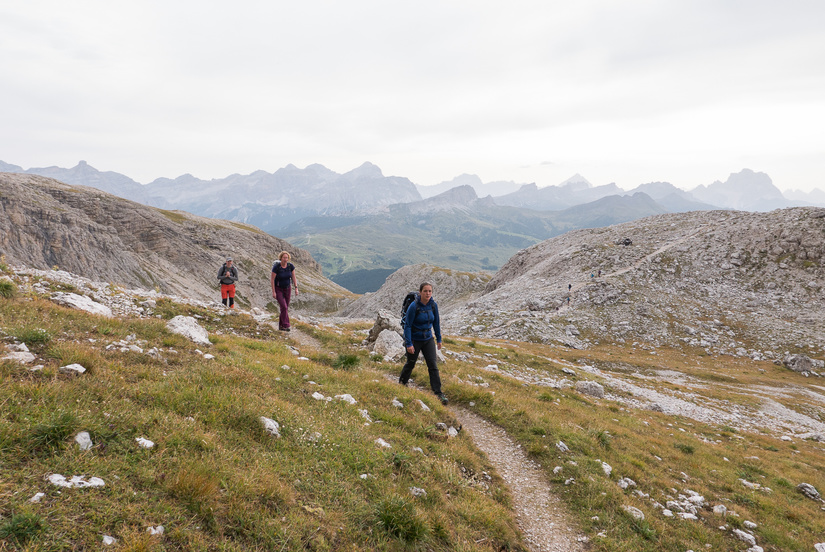 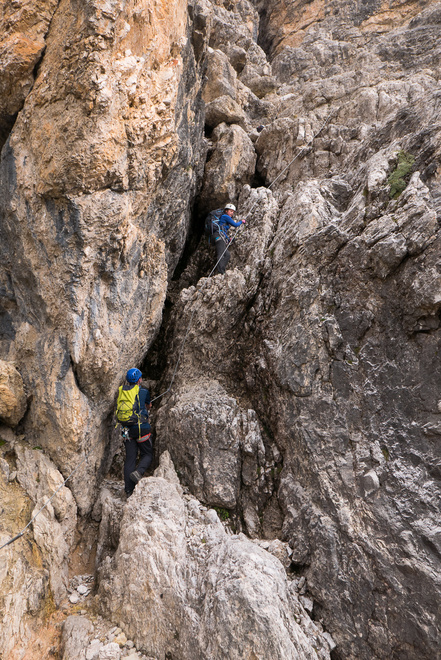 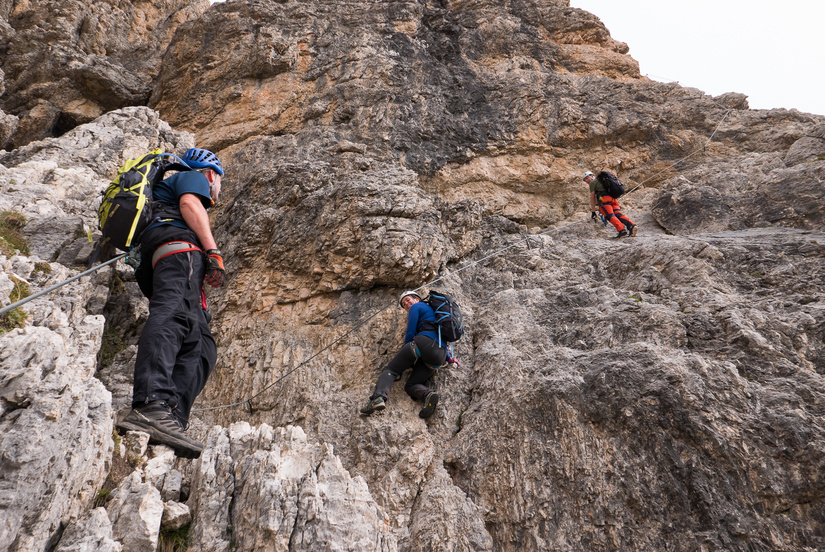 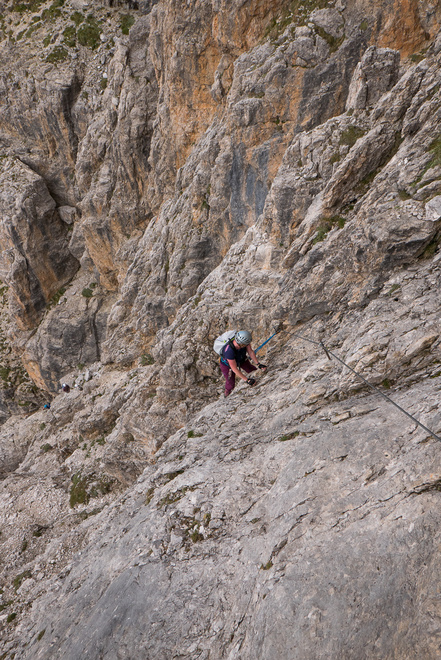 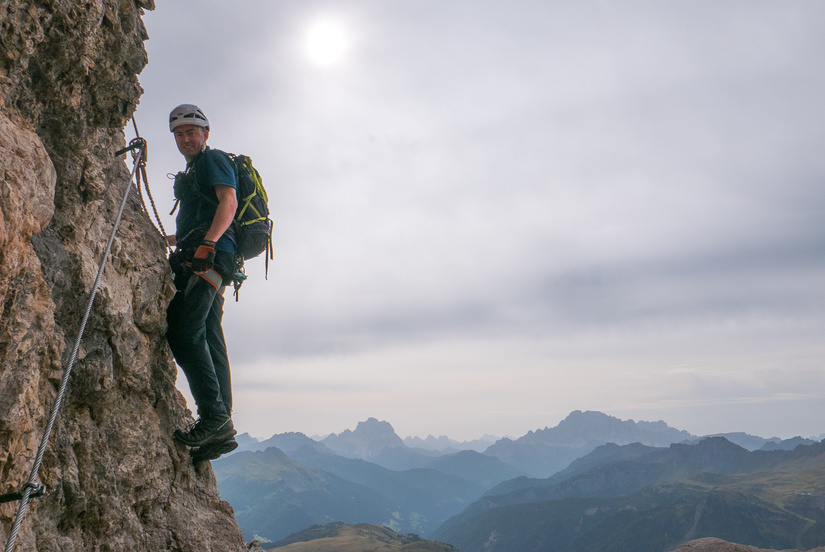 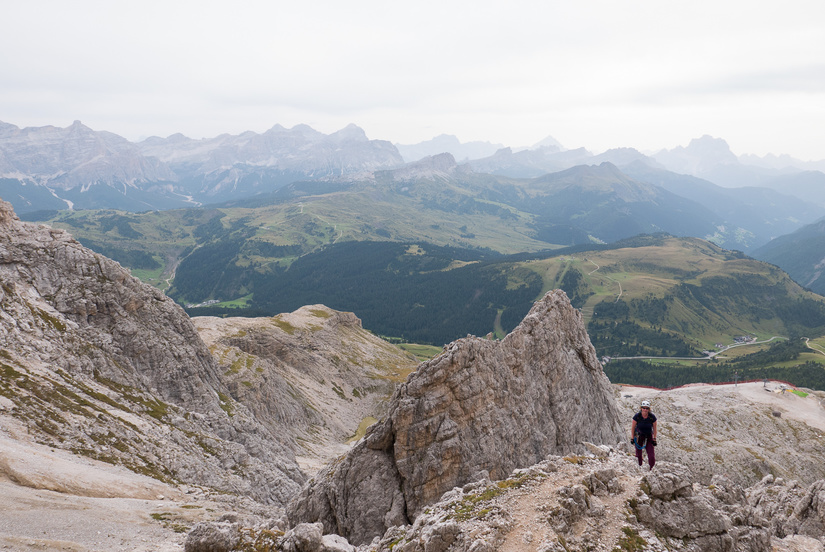 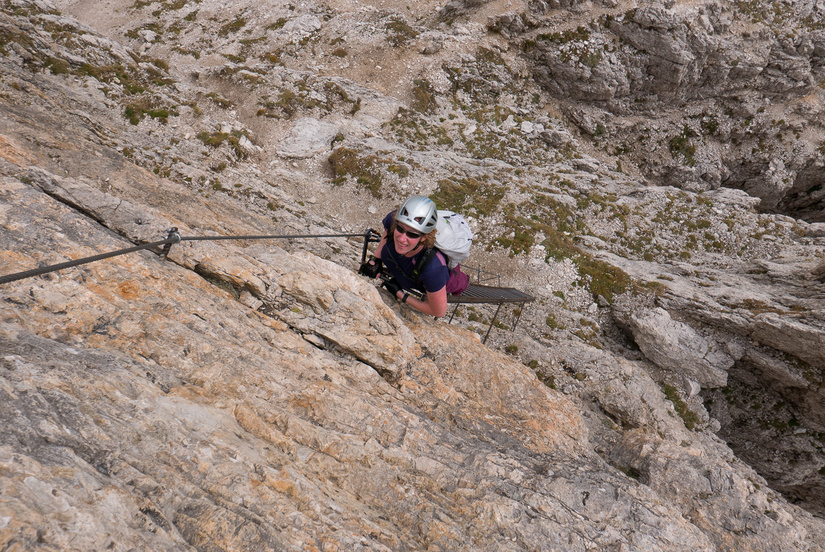 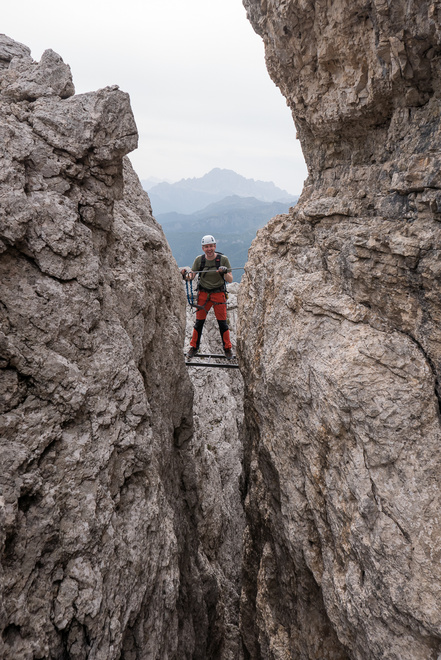 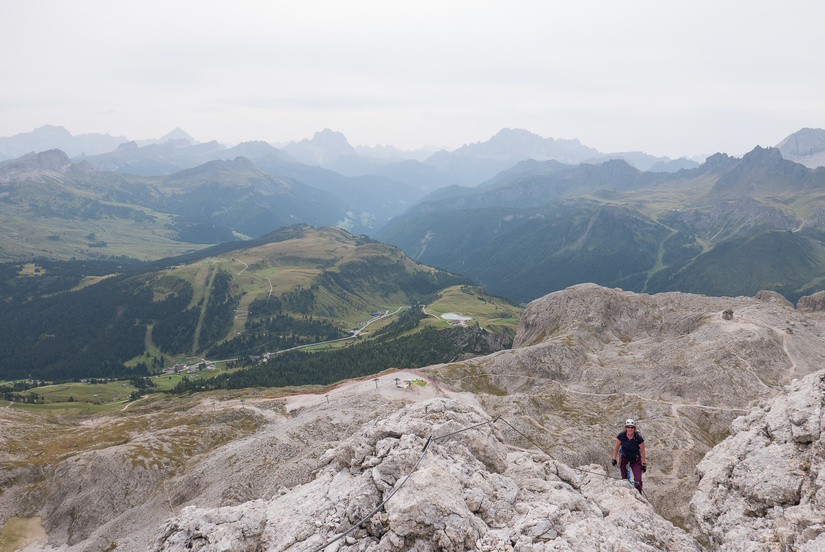 Greaet views from the top 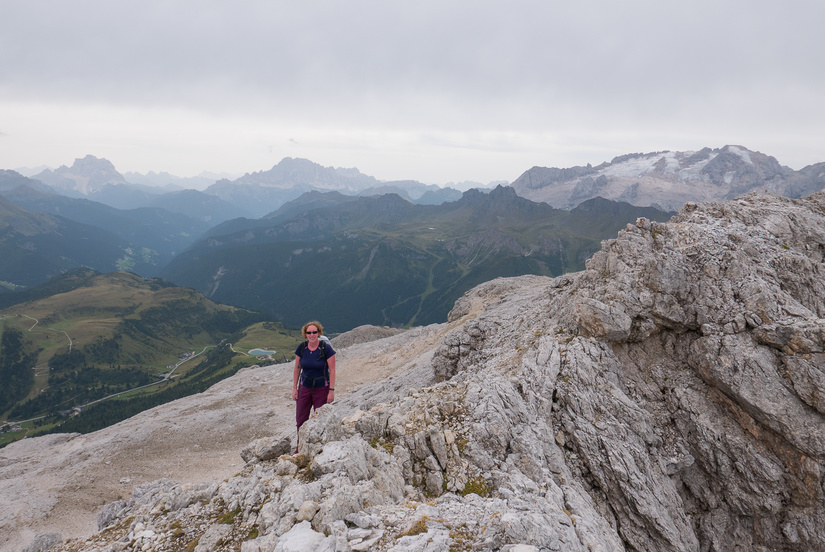 At the top of the mountain 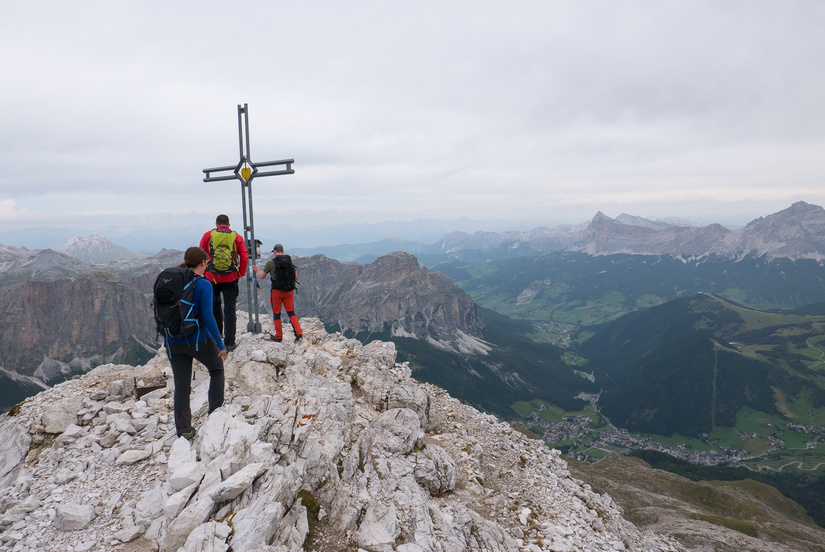 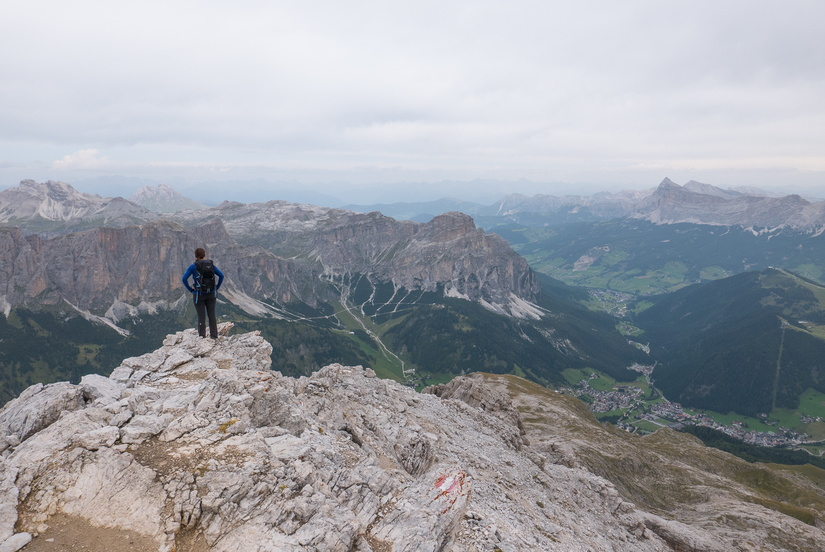 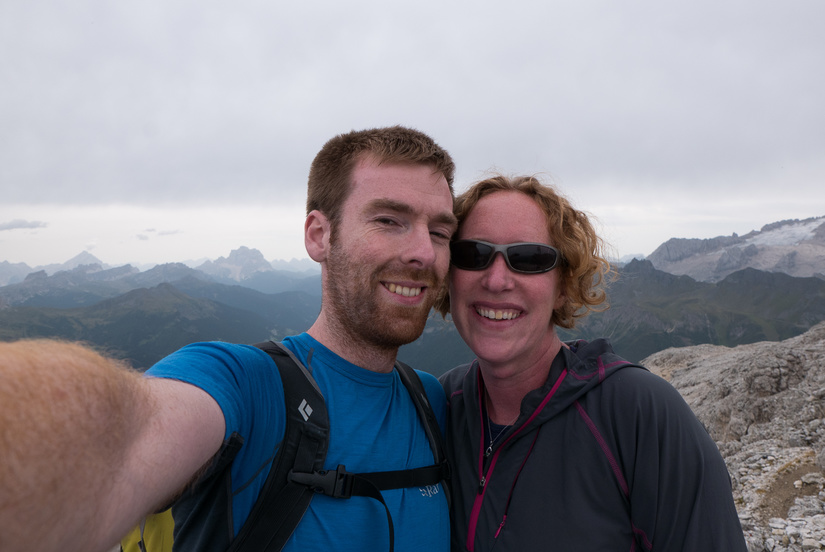 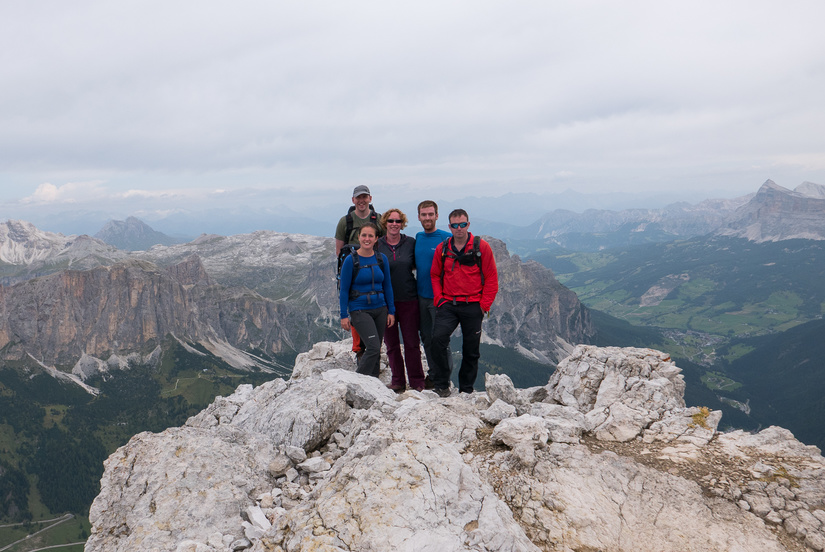 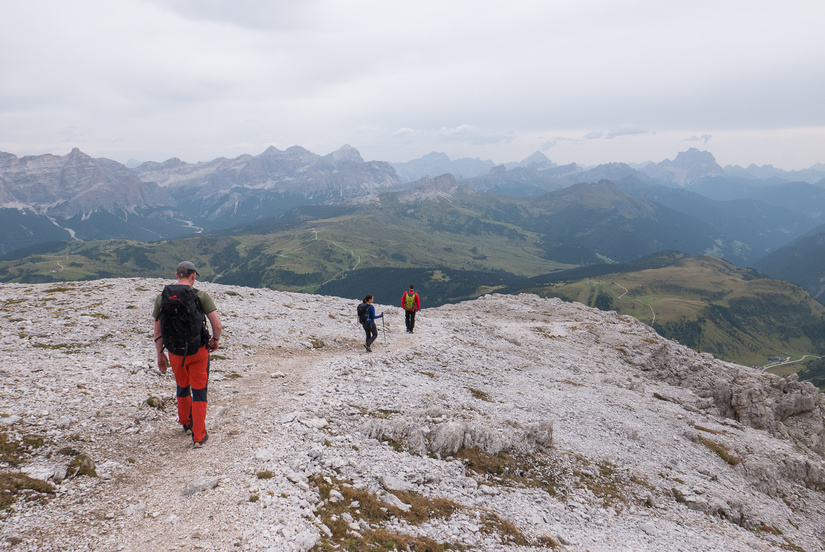 Descending back to the lift 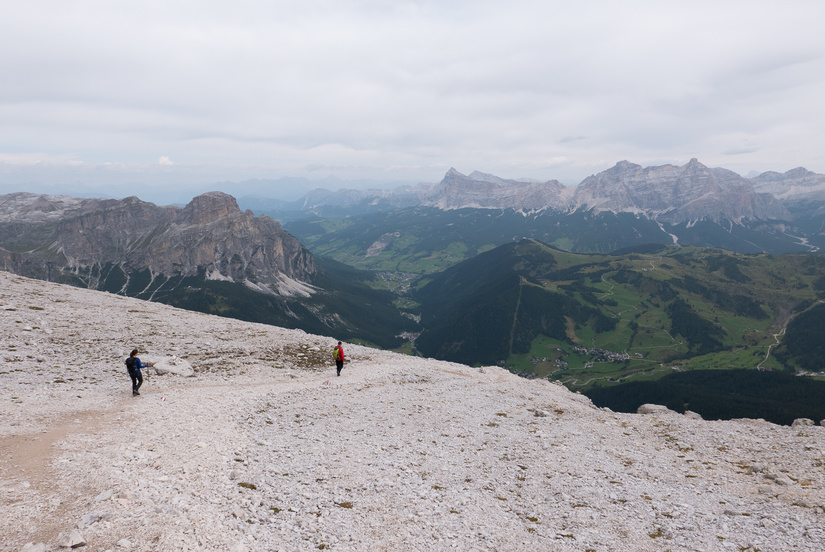