We had a later than planned start as we found out that the via ferrata that we had planned on doing was closed after we had driven to it, paid to park and started the walk in. Due to being in a stunning valley we decided to go for a short walk where we were, before heading back over the pass we had just driven over to do the Brigata Tridentina via ferrata which is a very popular via ferrata.

We were hoping that with the late start we would be able to avoid the crowds, but it was not to be. Thankfully for most of the via ferrata there wasn’t too much queuing. The first section of via ferrata was fairly short and straightforward, apart from the wet rock. A hot walk in the sun lead us to the second section of via ferrata which was were all of the good climbing was.

We quickly made our way up the impressive face, with lots of excellent scrambling on good rock with some exposure thrown in for good measure. Most of the climb was in the shade, which was no bad thing as it was a really hot day. We eventually made it onto the sunny rock and immediately had to stop to put more suncream on.

After a lovely traverse looking out over Corvara, we reached the steep section at the end. Here there was a huge queue, which was mainly caused by people taking photos at the bridge. This section had some good climbing, and some exposed ladders which were fun. The bridge at the end was very impressive, it was just a shame it was difficult to get into a good spot for photos.

A quick walk from the top lead us to a refuge where we enjoyed a beer and some food, before starting the very steep descent back down to the car. 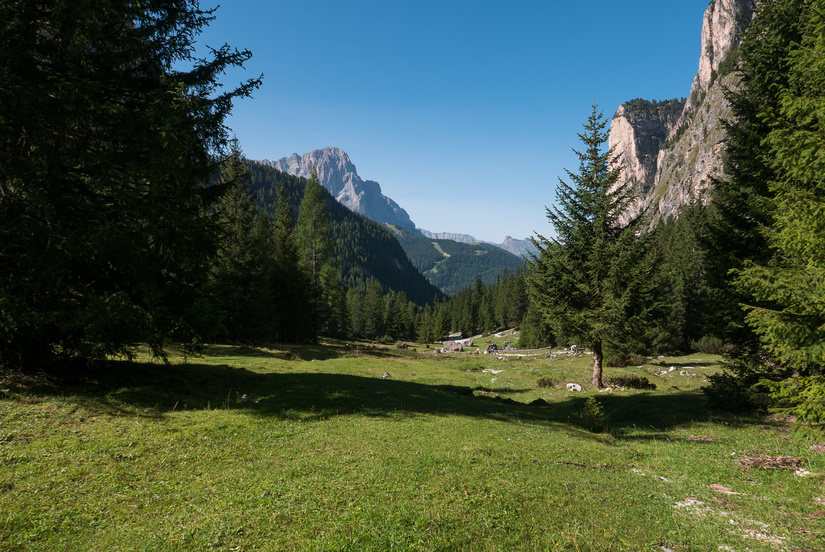 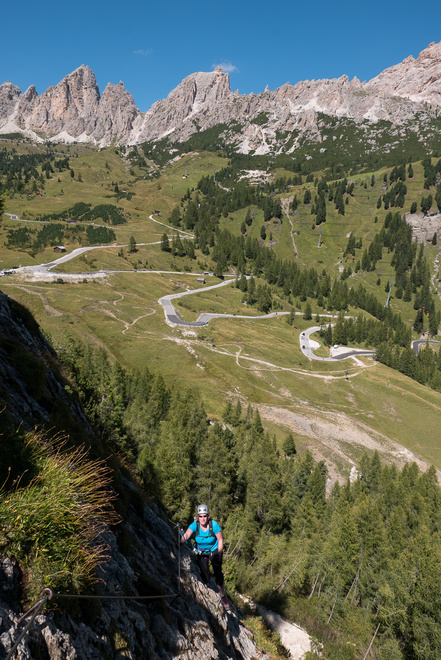 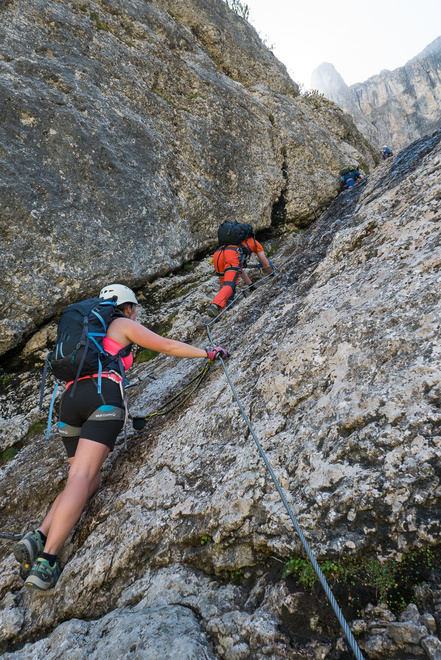 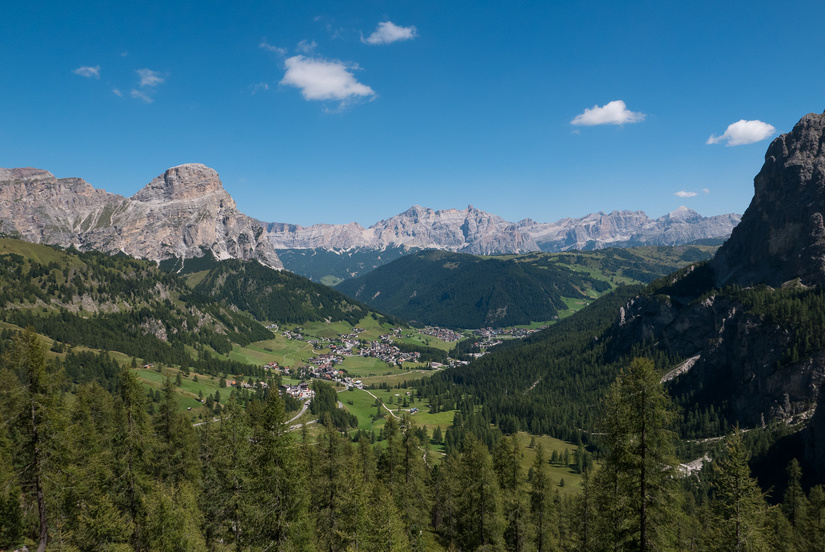 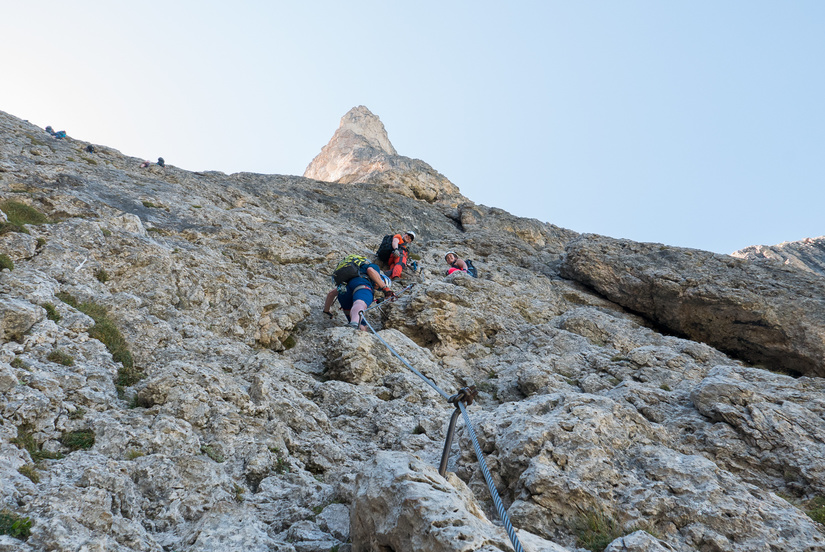 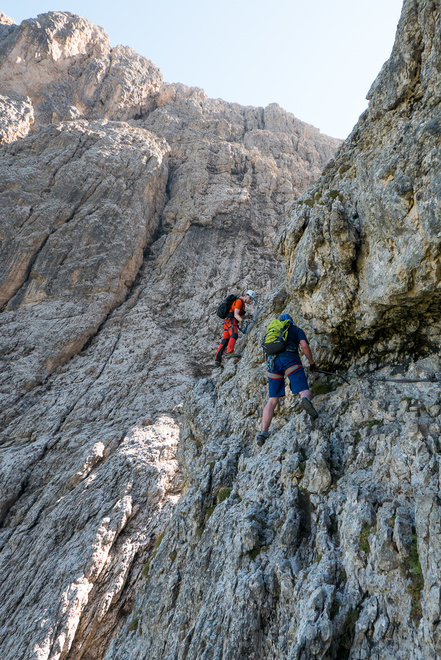 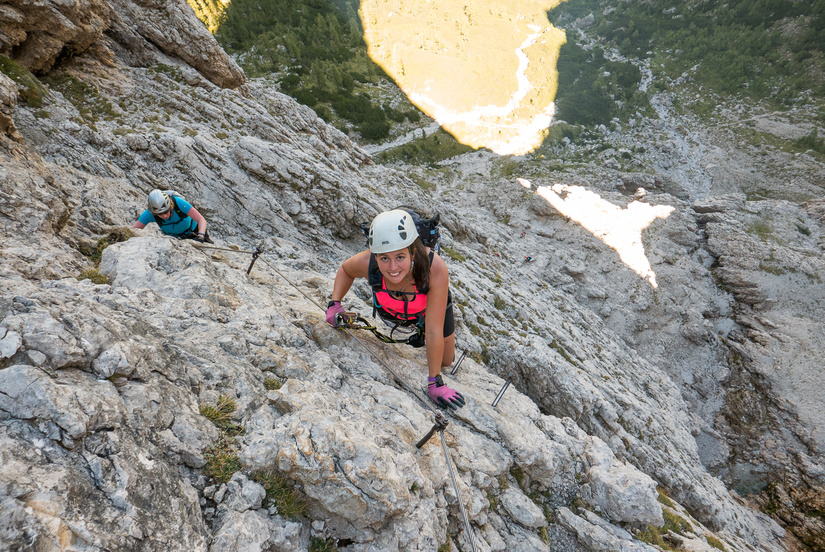 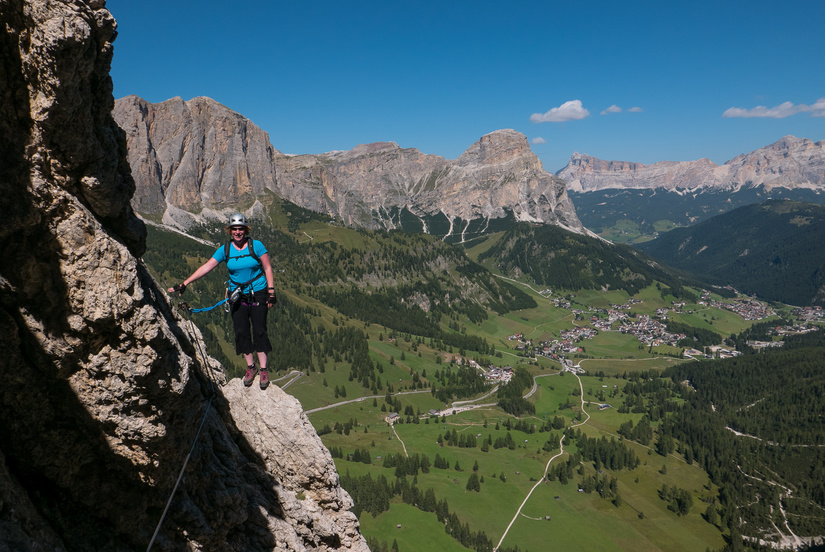 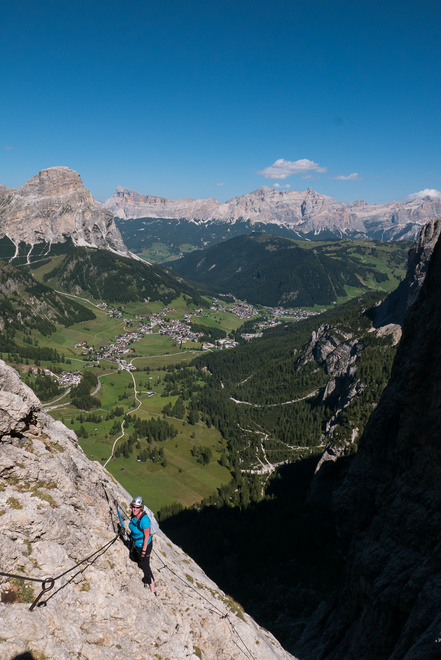 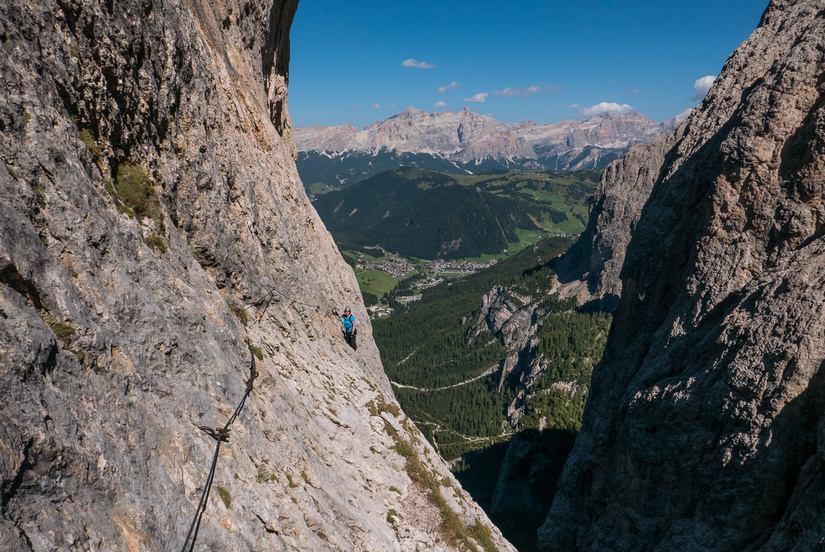 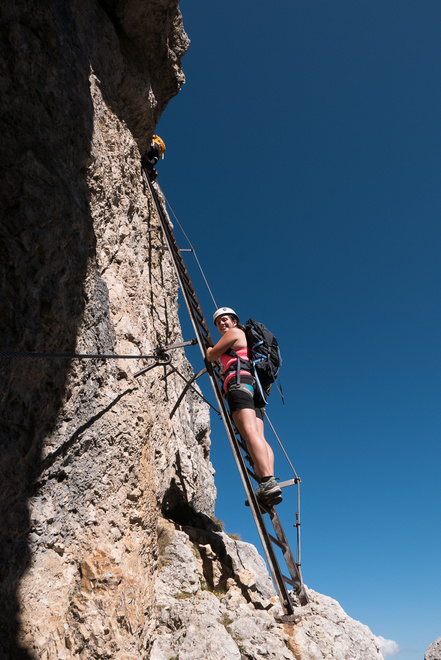 Ladders near the end 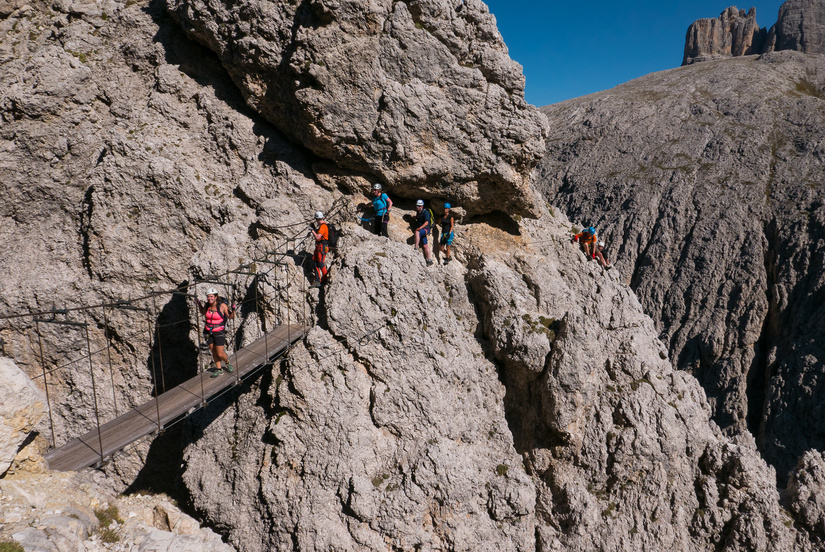 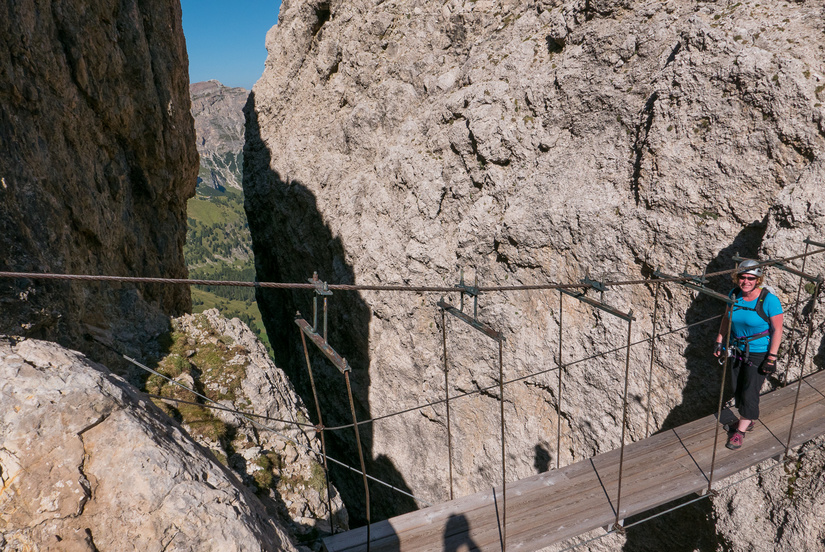 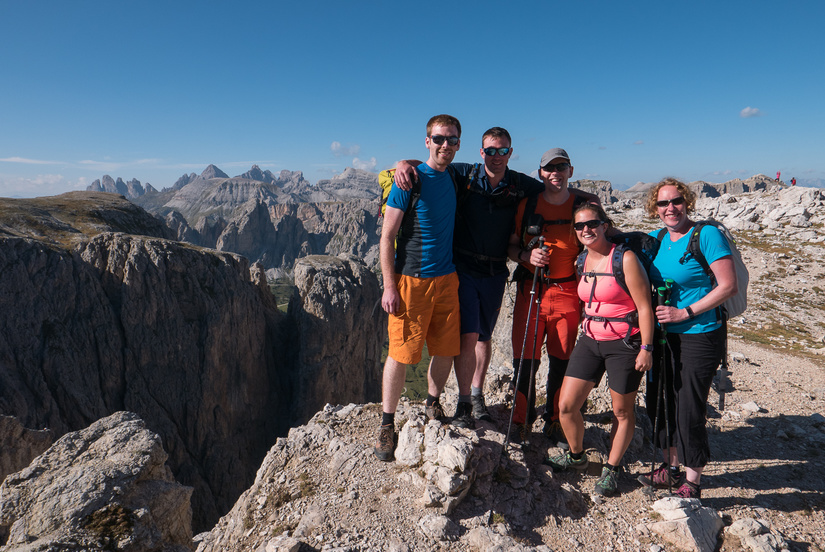