After a leisurely start we headed over to the Sella pass to do the Delle Mèsules via ferrata, unfortunately we discovered that the pass was closed to cars every Wednesday during the summer when we got to the bottom of the pass. Thankfully it turned out that we could get a bus up to the start of the route, it just meant that we had a defined finish time as it would be a very long walk back if we missed the bus.

The short walk to the start was under the impressive Sella towers. The start of the via ferrata was the most sustained part of the route, with excellent climbing but some fairly long sections of cable which made it feel fairly exposed.

After this first section of steep climbing there was an easier but unprotected section, this included a short chimney, an exposed ladder and then a climb up into a rift. We decided to get a rope out here and quickly moved together up this section. After exiting the confines of the rift, we moved around onto an exposed face. The climbing up this face was amazing with amazing exposure, great scrambling and good rock.

As we ascended the rock started to change and become much more friable, with some impressive rock features which looked fairly unstable! We were soon at the end of the via ferrata, and the views were impressive. In one direction we had impressive dolomite peaks towering over the lush green valleys, in the other direction we could see plateaus and high peaks which looked almost like a lunar landscape.

We elected to take the quick descent down a steep gully with some old cables, this made for a fairly quick descent down into the large valley below the plateau. The old cables were certainly not in great condition, but they were OK where they needed to be used. After more decent that we were expecting we made it back for the penultimate bus. 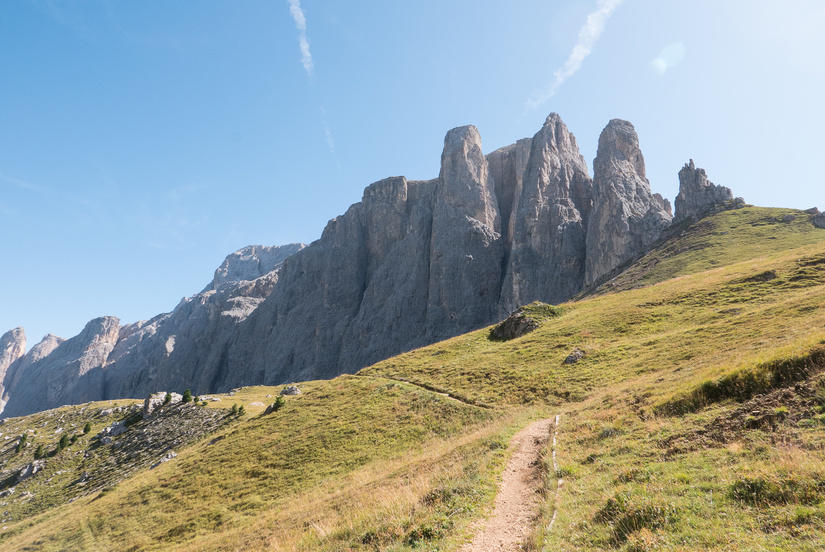 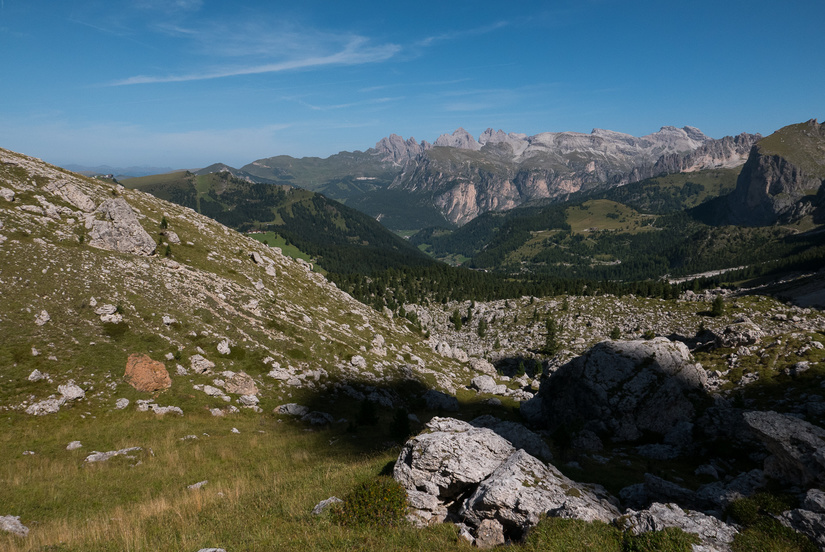 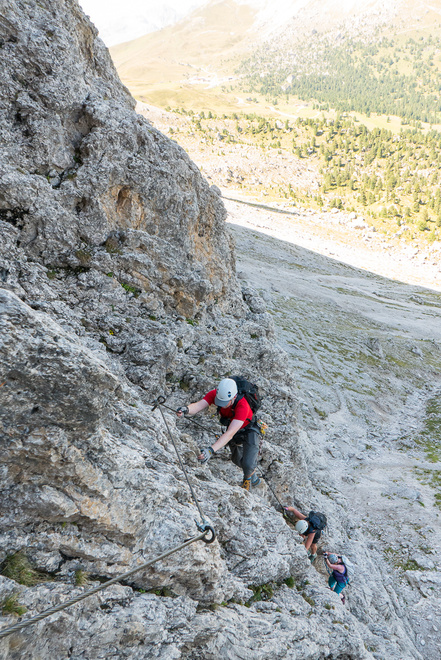 Amazing start to the via ferrata 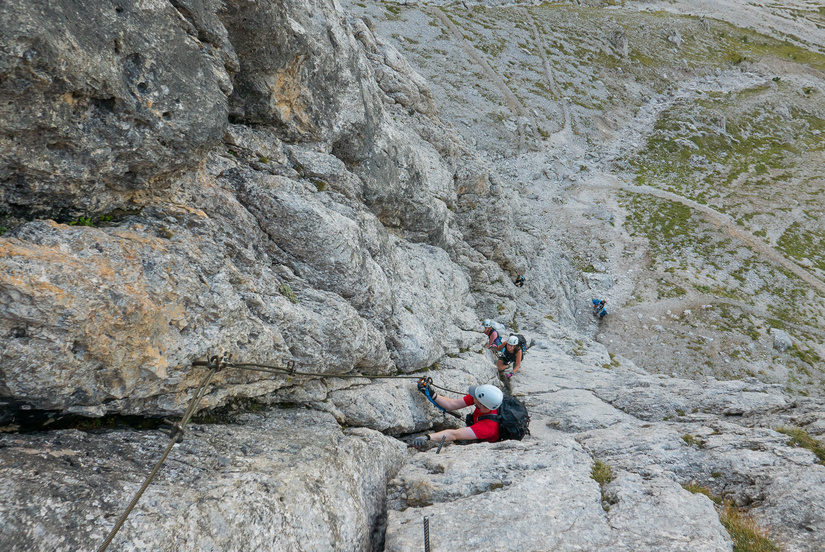 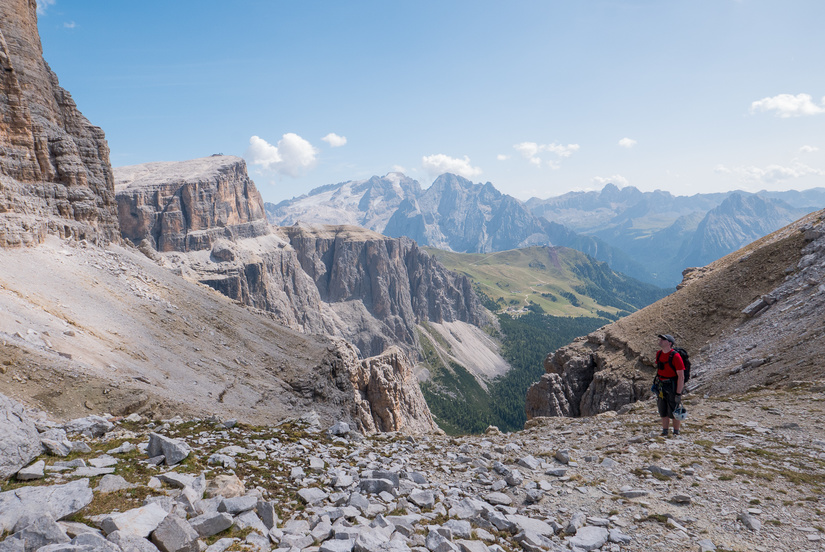 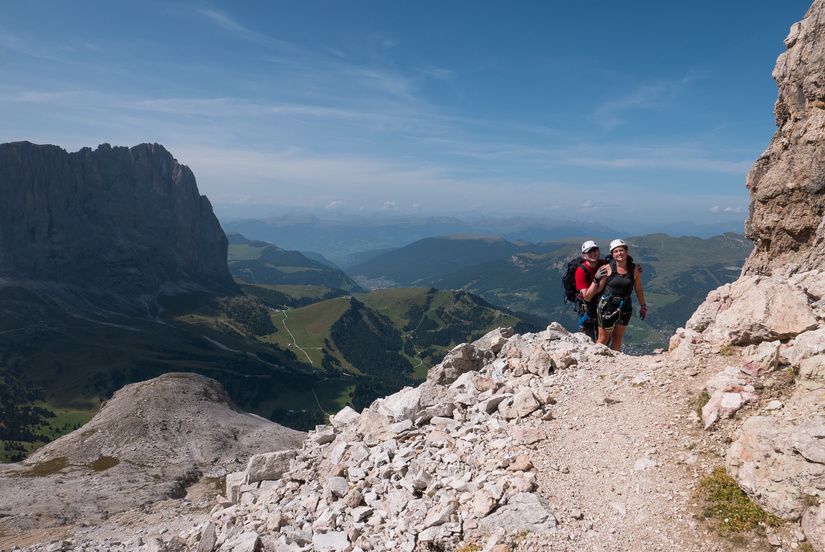 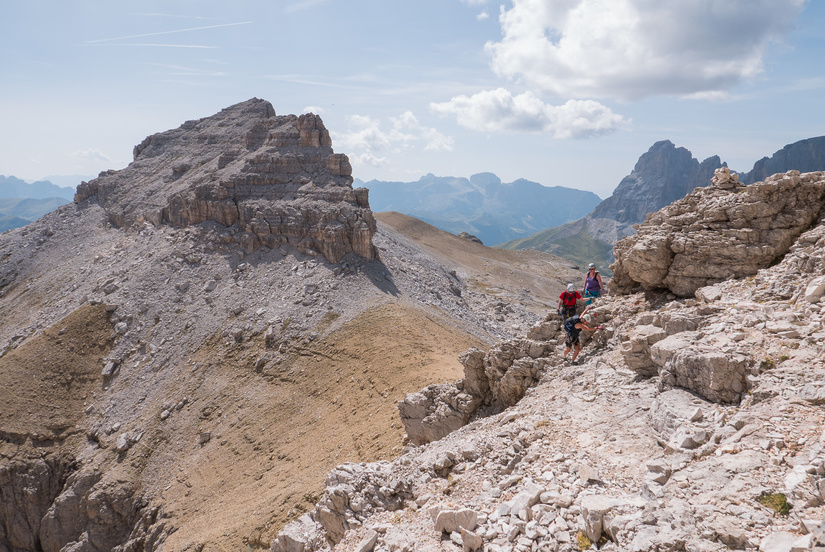 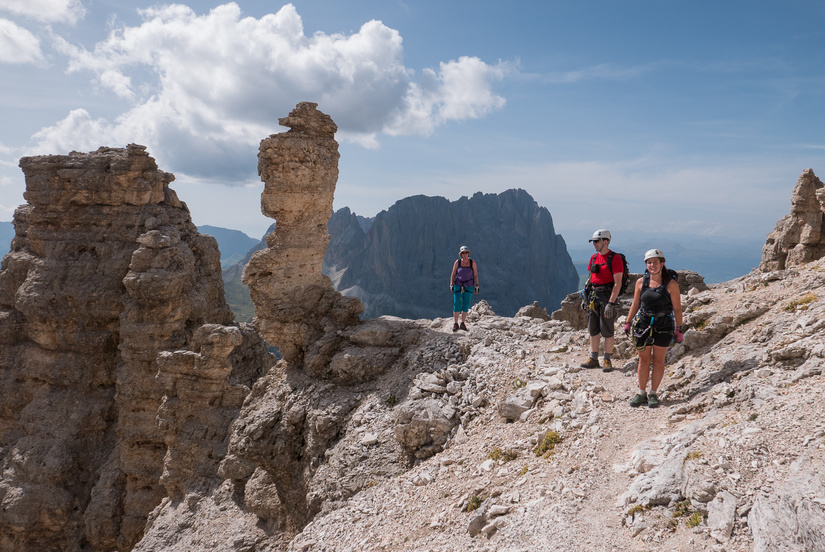 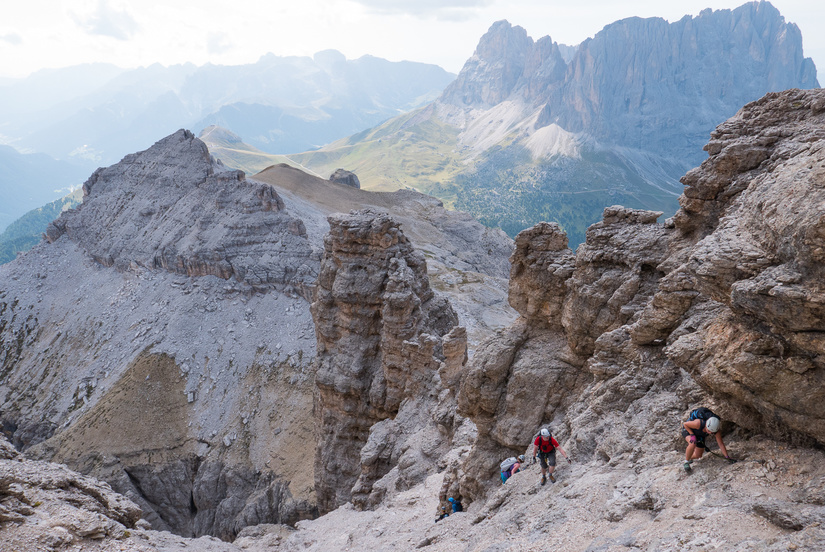 Leaving the greenary behind 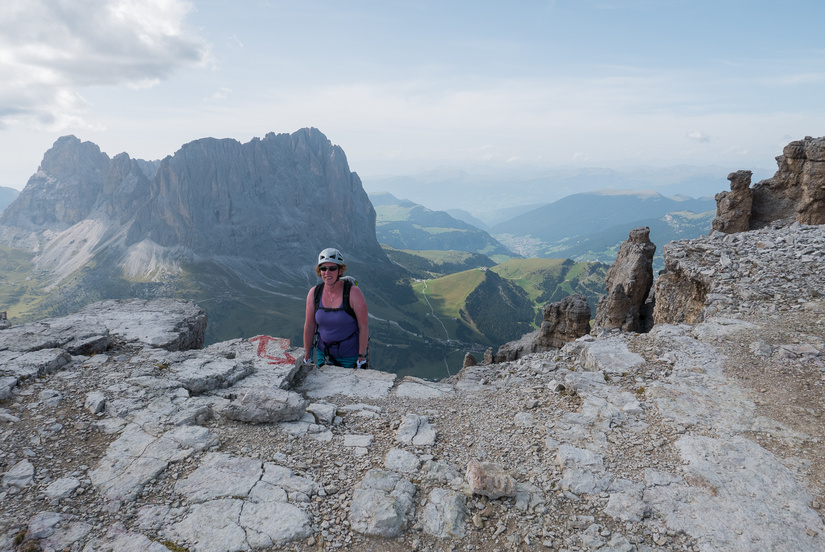 Becky at the end of the via ferrata 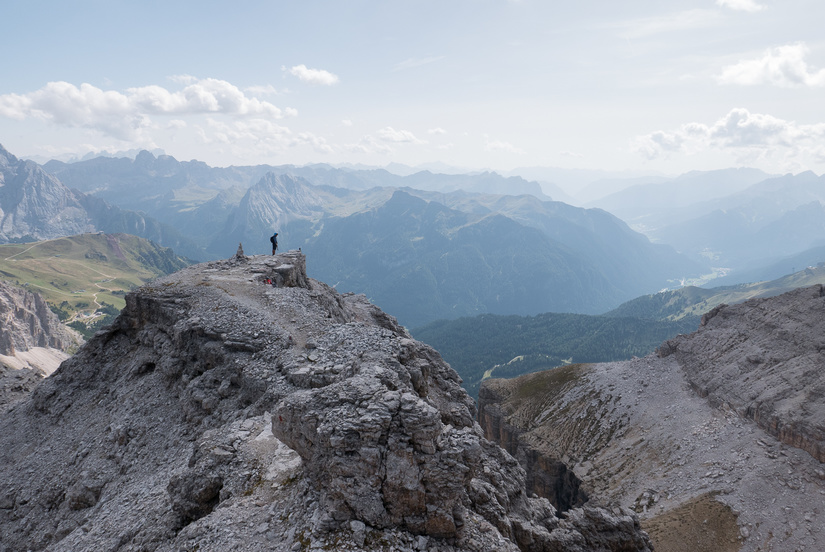 Looking back to the end of the via ferrata 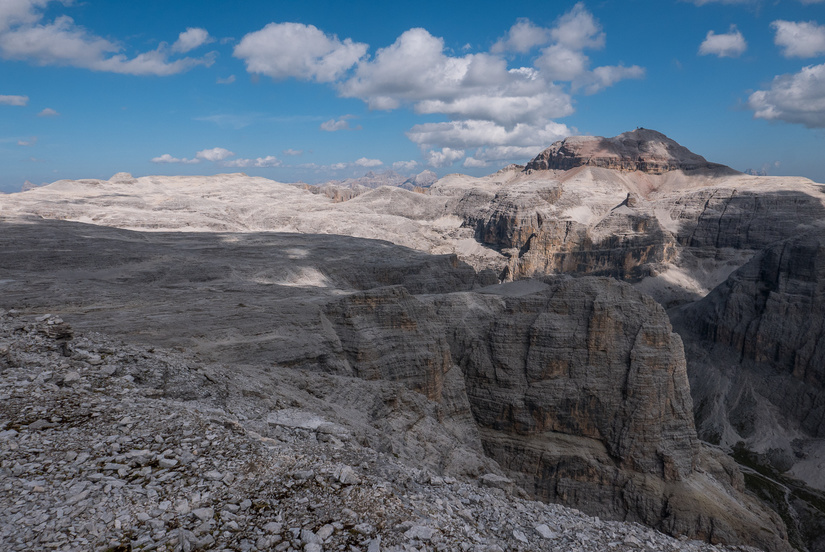 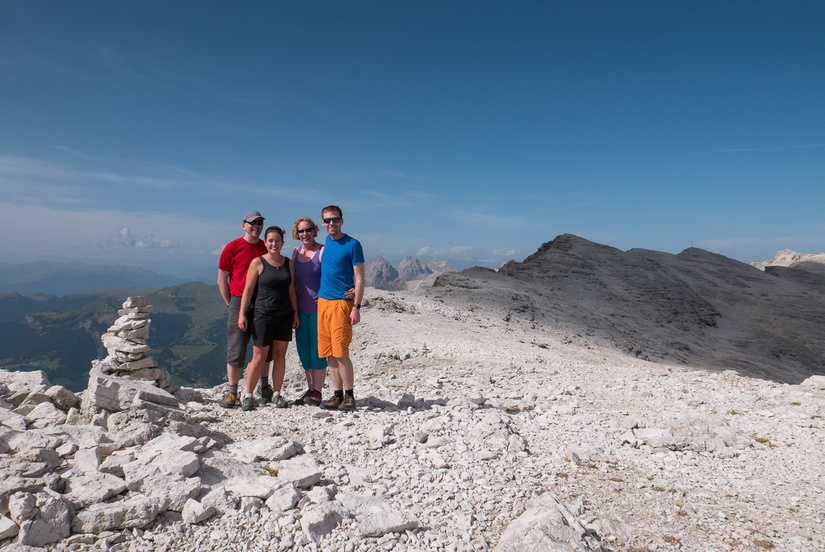 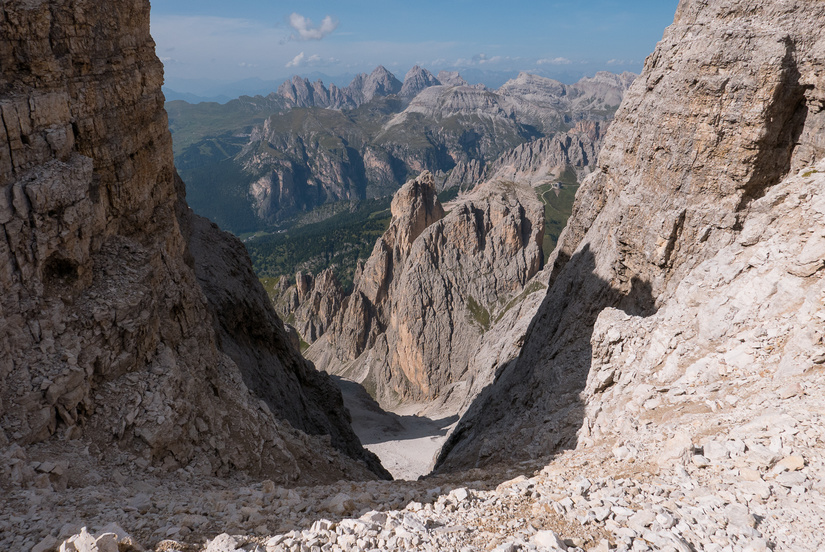 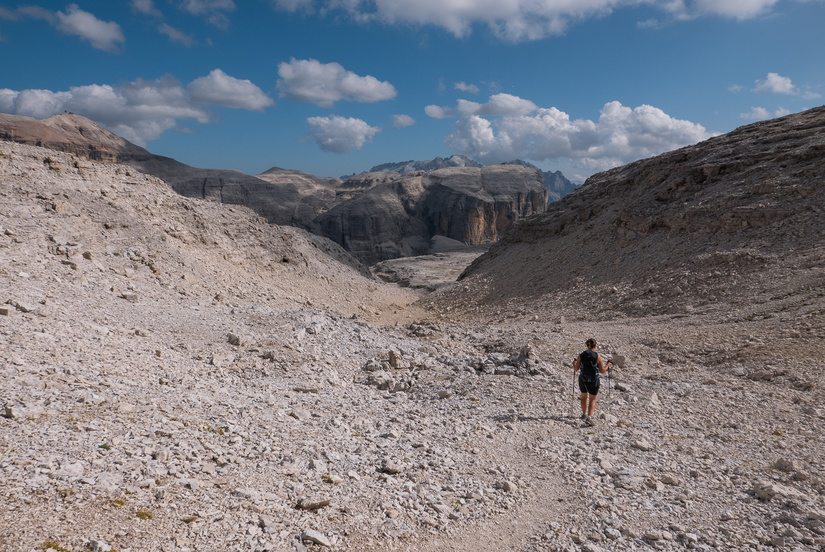 Walking out without any greenary in sight 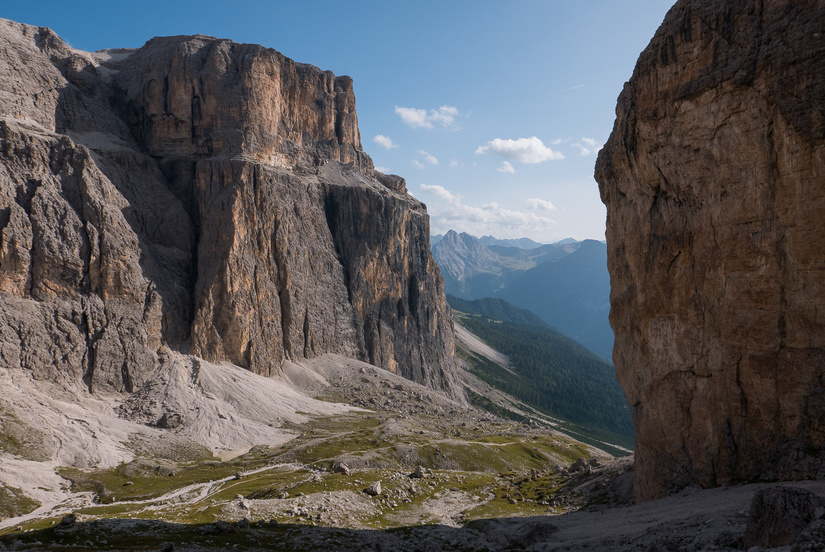 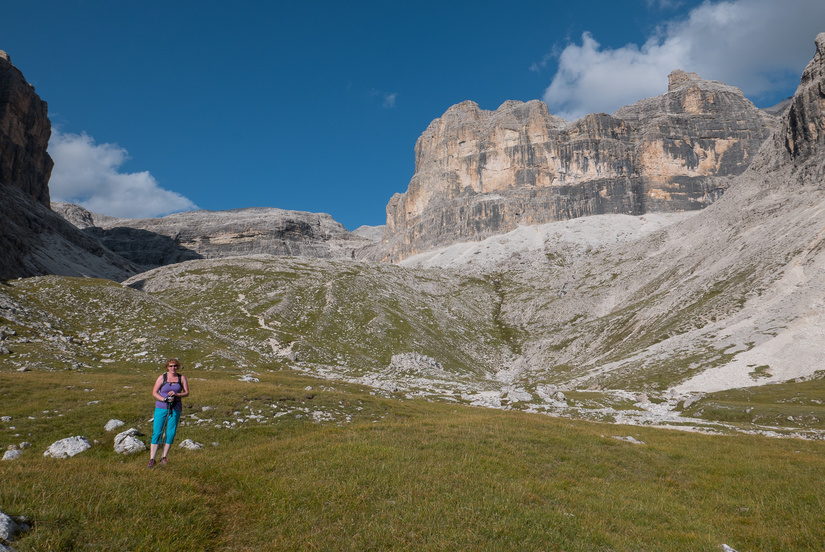 Back in the lush valleys 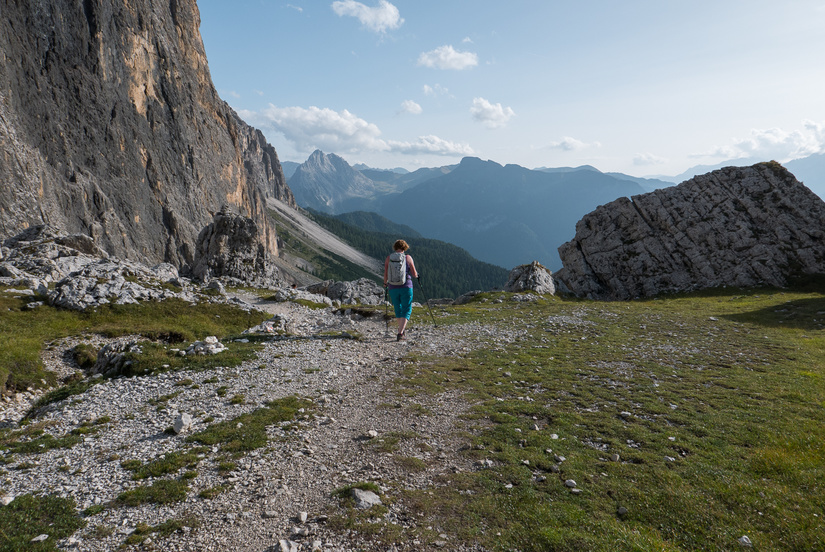