Another early start this morning to head back to Ben Nevis in order to make the most of the brilliant ice conditions. I was pretty unhappy this morning with yet another early start, and when it was raining as we were in the car park my psyche levels were pretty low. By the time we were at the hut the weather had cleared but it was very cold in the wind.

We headed up into Observatory Gully with an open mind, but having seen the minus gullies looking great we decided to go and have a look at Minus One Gully. I lead up the first pitch which was straightforward to start with, but I was soon stopped by vertical snow below the first belay which meant that I couldn’t get to the belay. The crux pitch looked thin but maybe climbable, but with only a rusty peg 10m below me I wasn’t willing to try and swim up vertical snow (never seen anything like it, in the photo look at the icicles hanging down for reference of angle).

After a quick abseil back down the gully we came up with a plan B, which was to follow another team up Minus Three gully as it was short and close. We made a quick traverse across to the route and were soon climbing the first pitch. We ran the first two pitches together which was a good 60m pitch with excellent ice and a good few moves out of the cave and up the steep ice. I was reminded why it isn’t a good idea to follow others up an ice climb and why you wear helmets as I was nearly knocked off the first pitch due to falling ice which broke my helmet.

The second pitch was easier technically but unfortunately the ice was pretty rubbish which was a shame, and the third pitch was a easy romp up to the finish. Unfortunately I got a bit carried away with the climbing and climbed too high up NE buttress to make an easy descent back down it, so we had to abseil for 60m down to the easy ground. The solo down the start of NE buttress was very exposed but thankfully the snow conditions were excellent so we were soon back down in the valley. The ice conditions were looking excellent on the Little Brenva Face 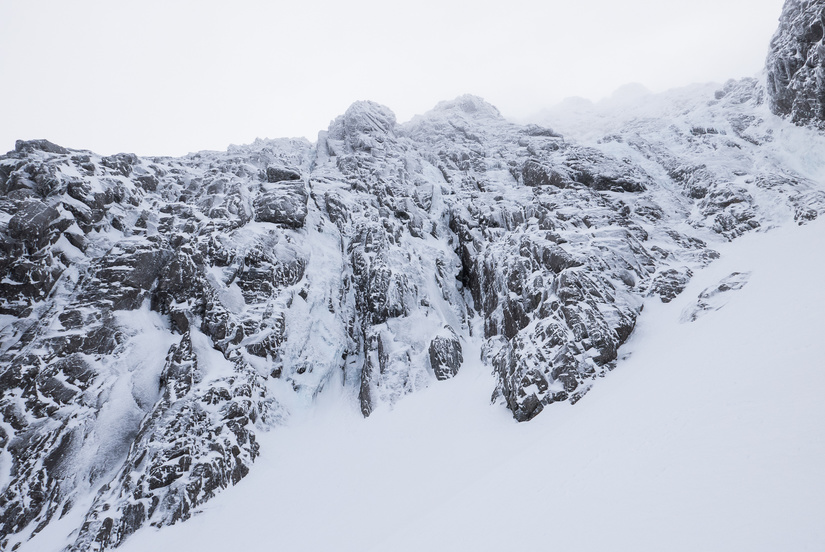 Minus One and Minus Two Gully 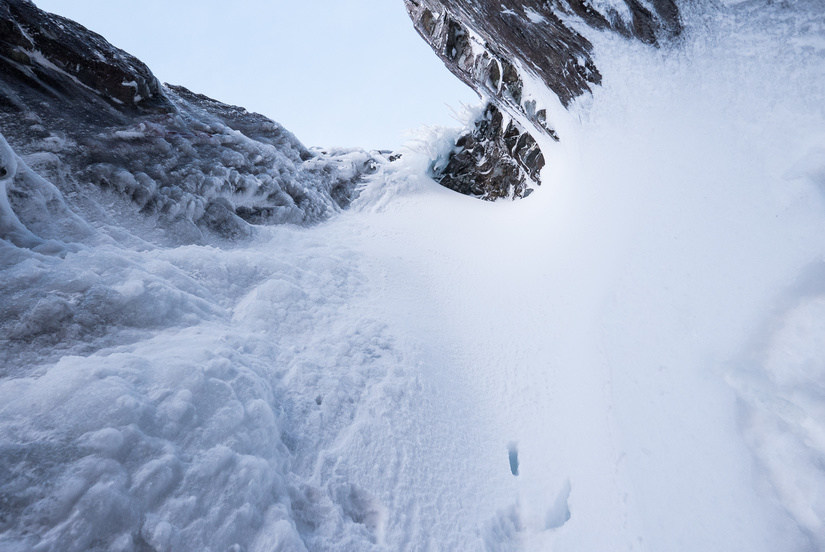 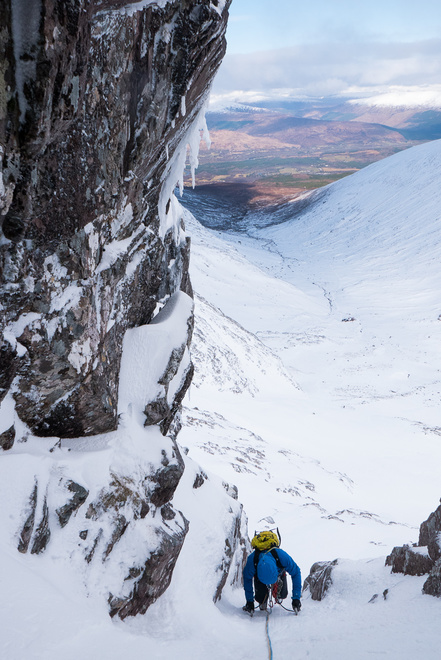 Lovely scenary on Minus Three 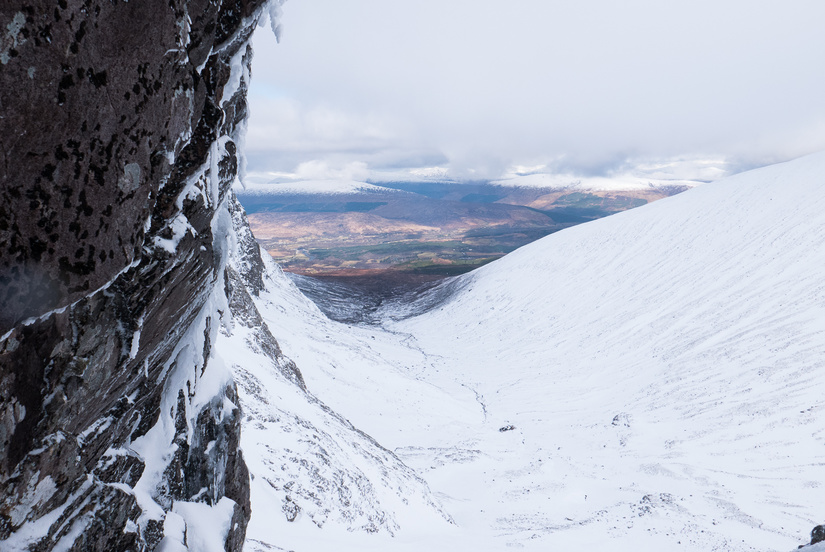 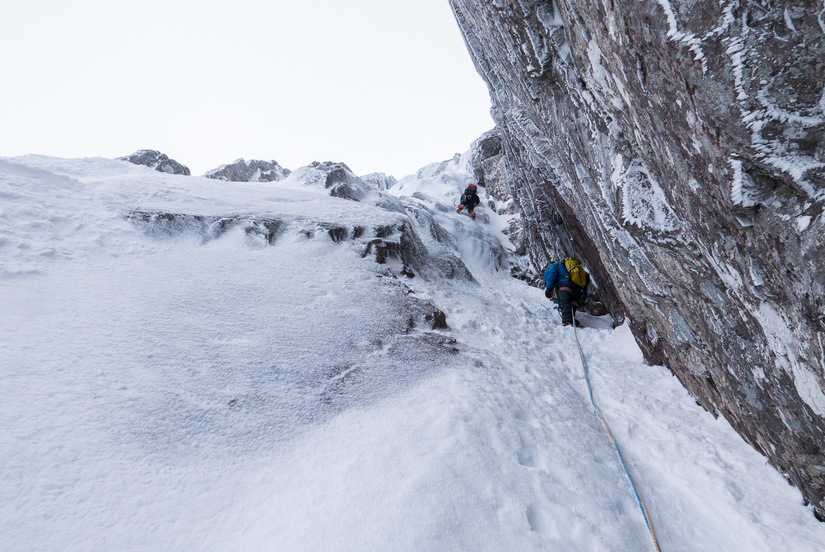 Climbing P3 on Minus Three Gully 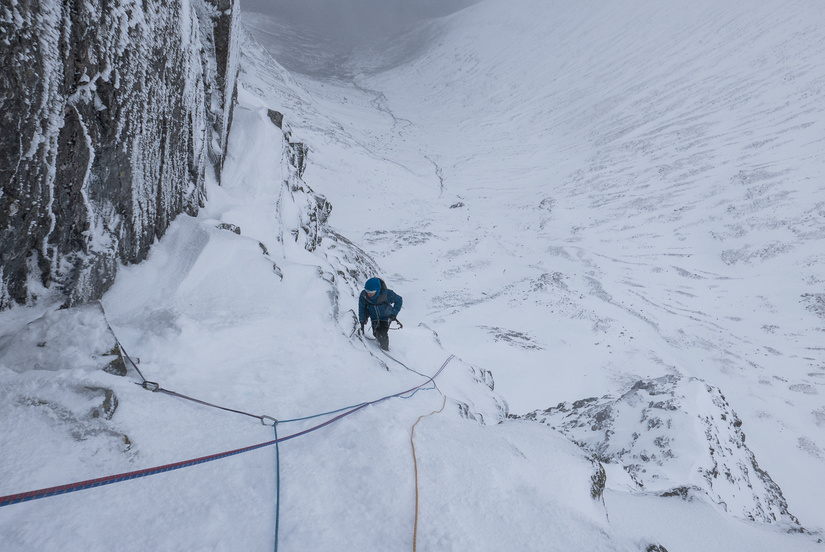 Weather crapping out at the top 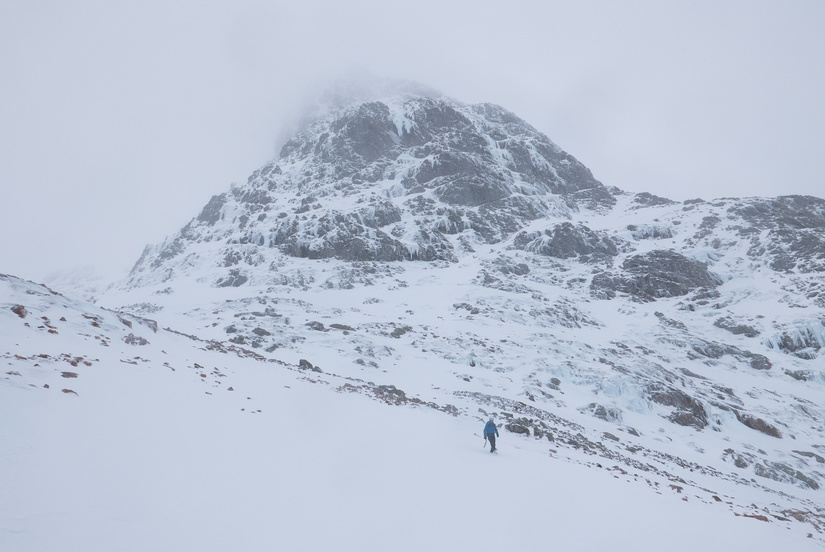 Impressive amount of ice on the face