Armed with a good weather forecast we set off for Ben Nevis again with the aim of climbing Glovers Chimney, a route which I have been wanting to climb for a while. The walk in was beautiful with crystal clear skies, no wind and stunning views of the north face of Ben Nevis.
Thankfully there was a path up into Coire na Ciste which saved a significant amount of energy, as trailbreaking up the approach slopes to Glovers Chimney was fairly tiring. Eventually we made it to the base of the route, unfortunately by this time the weather was starting to break as hill fog was starting to form. 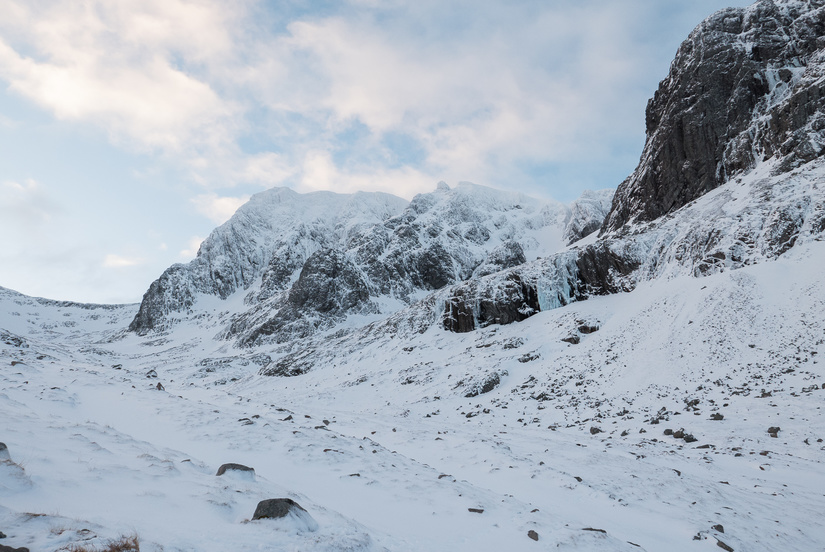 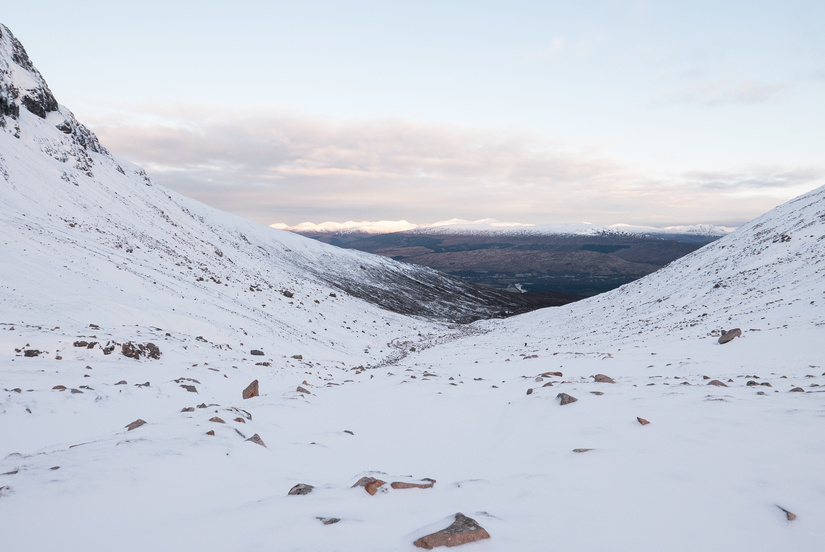 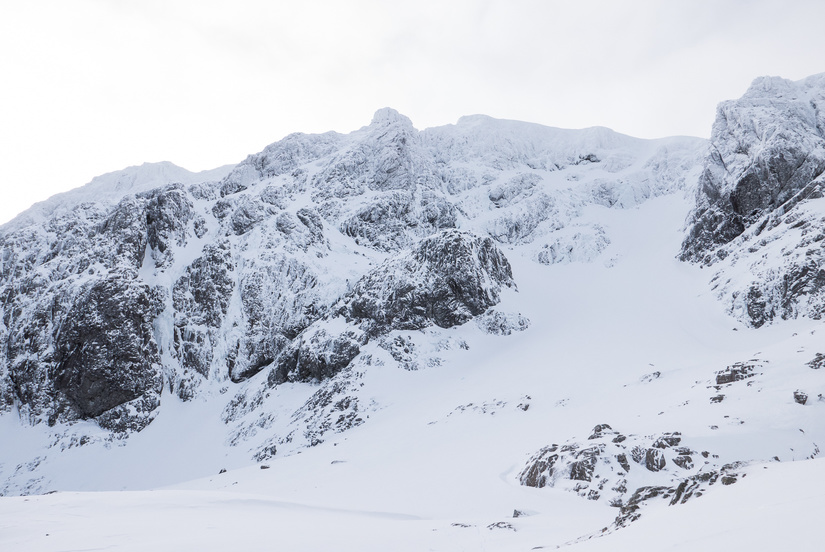 Looking up into Coire na Ciste

The first pitch was an ice pitch was fairly buried so it was unfortunately short, the ice wasn’t in brilliant condition. It was then time for the long snow slope in the middle of the two technical pitches, we completed this in two very long pitches and were soon at the base of the main chimney.
From below it was looking very rimed up and icy. Once in the chimney I was not disappointed, the climbing was interesting and certainly wasn’t a walk in the park. The guidebook said that the route was never easy but was very well protected, it was certainly correct on the first point but was incorrect about the gear in these conditions as all the cracks were full of ice and hiding under rime ice. It felt quite exciting only having a runner at the start of the chimney and half way up as I was squirming my way up the upper section of the chimney. 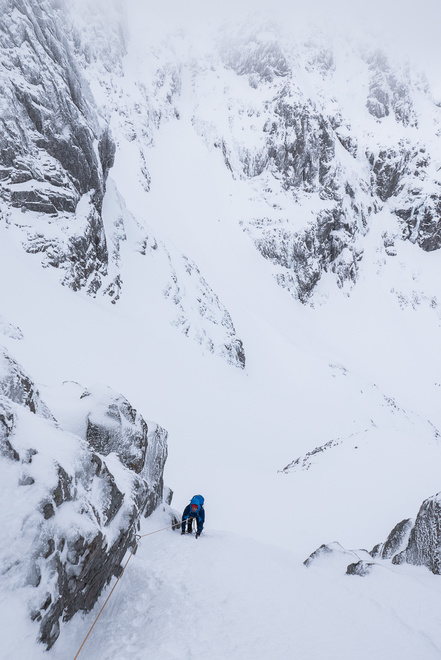 Looking down the mid snow slope 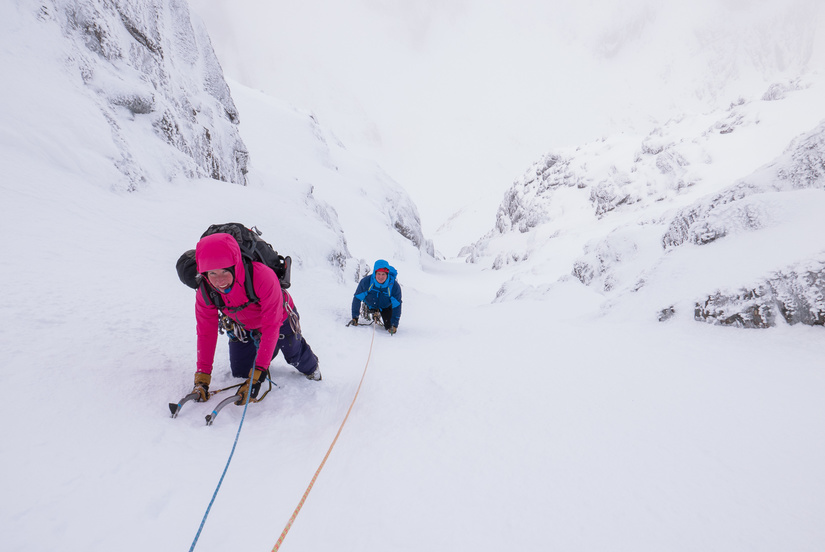 Neary at the crux pitch 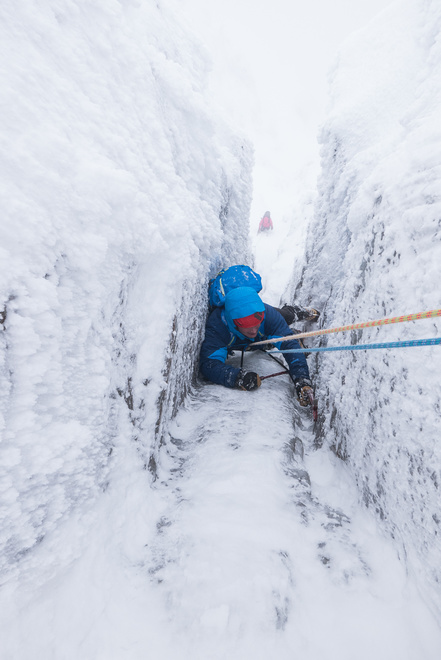 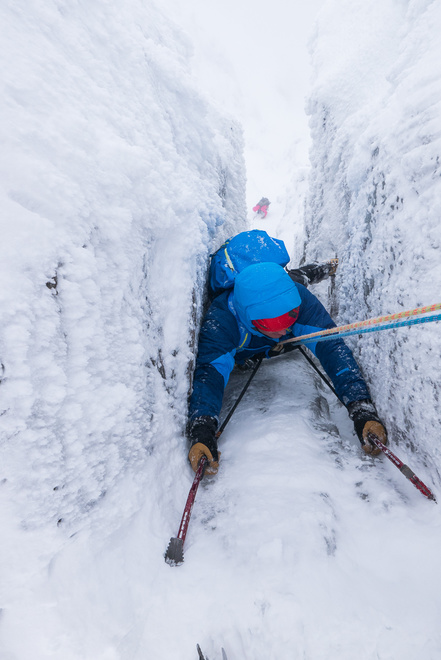 At the top of the crux pitch 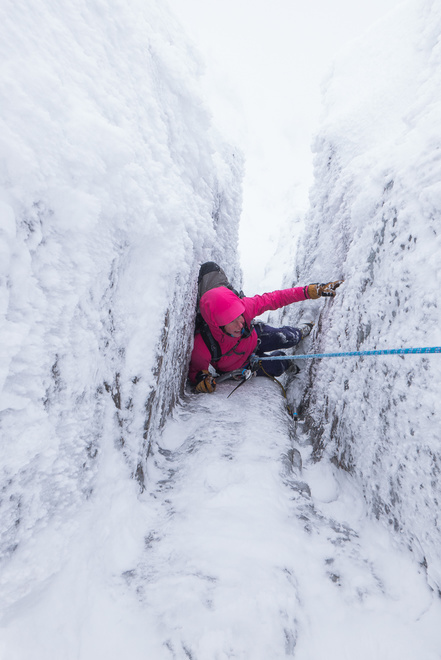 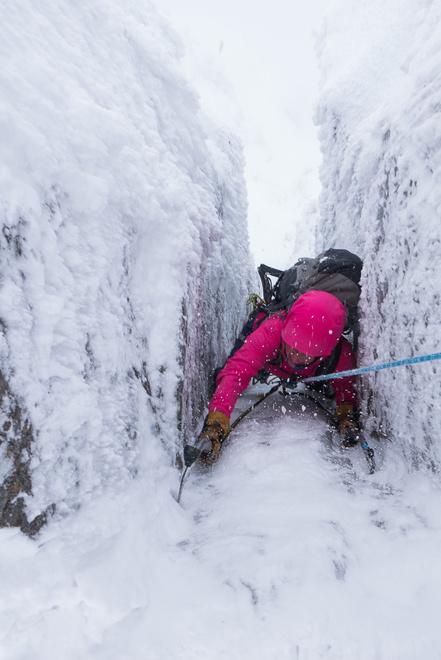 We were expecting to top out to a clear summit with lovely views, unfortunately we topped out into the more typical weather of a white out. After the short walk to the summit we hid from the wind while we removed out kit and then celebrated Becky’s birthday/finally getting to the top of Ben Nevis with a bottle of Champagne.
Due to not wanting to descend Number 4 gully due to the avalanche conditions, and not wanting to do the descent from the half way lochan we made the decision to descent via the Carn Mor Dearg arête. Despite the white out this was an excellent end to the day, by the time we made it to the summit of Carn Mor Dearg everything was frozen up. 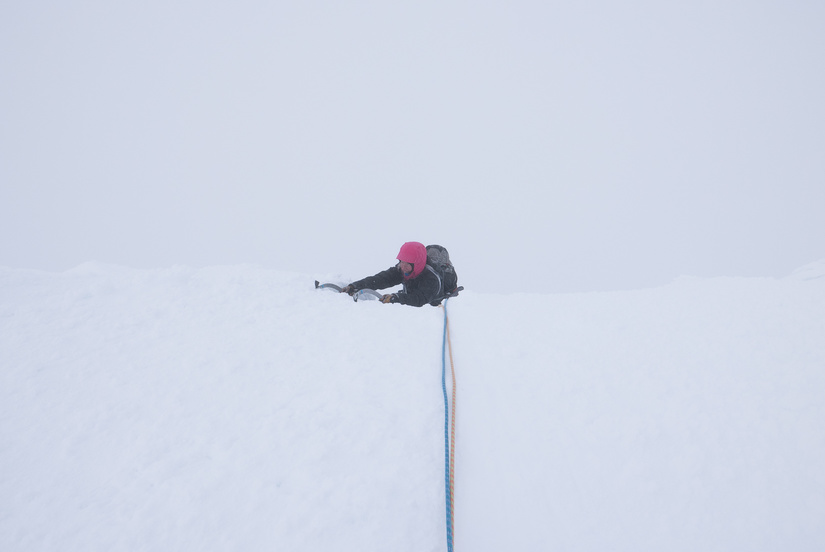 Topping out onto the summit plateau 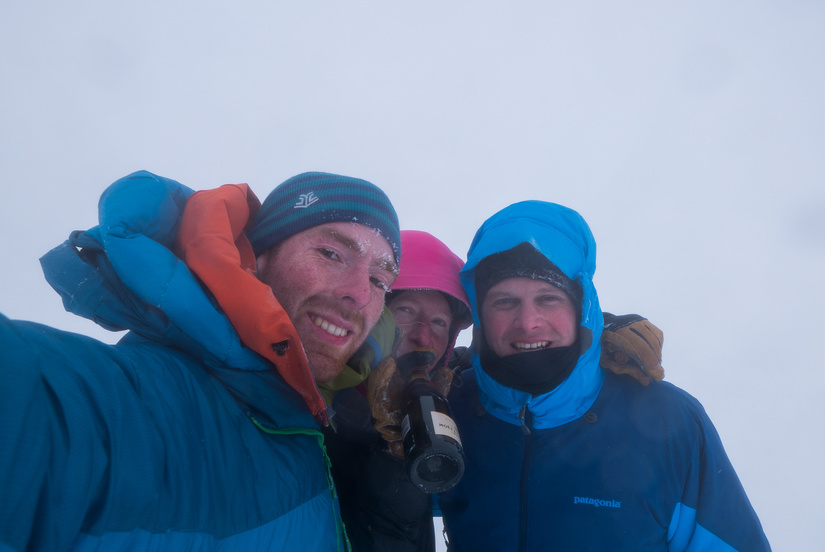 Champagne on the summit 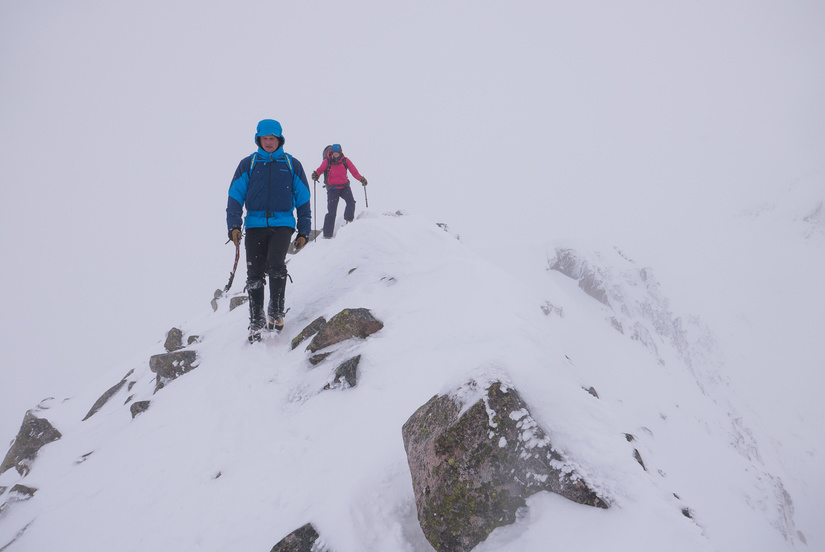 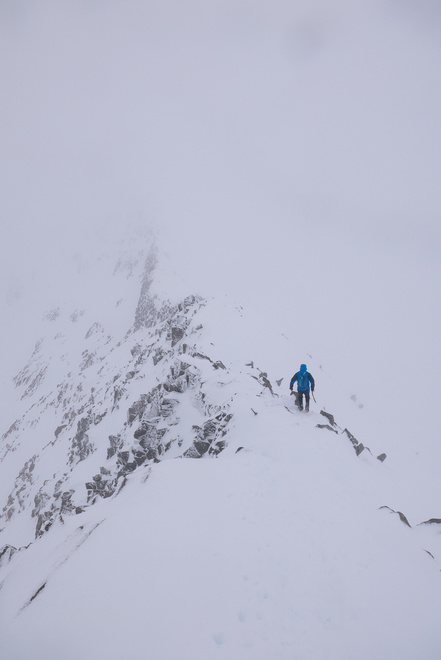 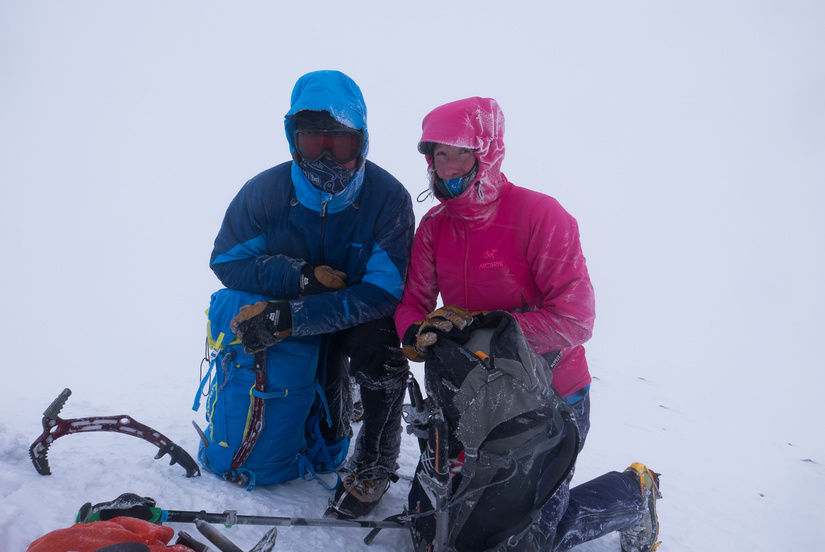 White out on top of CMD

We then made a quick descent down to the CIC hut by following the snow slopes straight down into Coire Leis which was very quick. We managed to make it down to the upper car park before having to put our head torches on for the final descent down through the woods.
We eventually got back to the car feeling pretty worn out after a 14 hour day, and my third day on Ben Nevis in a row.

One Response to “Glovers Chimney”