Staying near Calpe the obvious climb to do is up the Penon de Ifach which is a surprisingly large mountain which overlooks Calpe. We chose to climb the top 50 5+ of Diedro UBSA which is a 9 pitch route which is mostly equipped with bolts. Walking under the face in the morning was very impressive, as we walked around the harbour path the cliff was towering impressively above us, our line was an obvious groove line up the middle of the face. 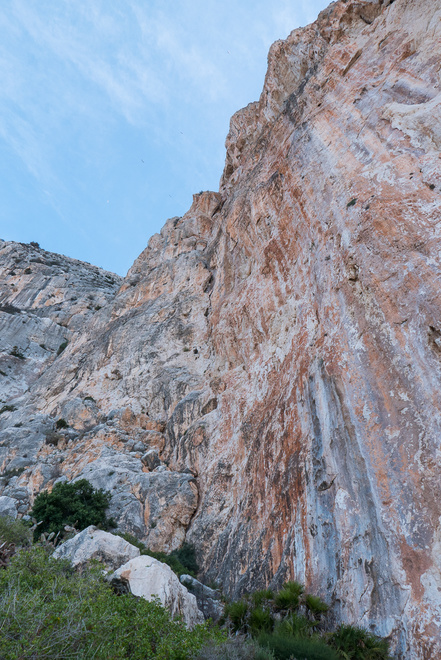 Looking up at the route 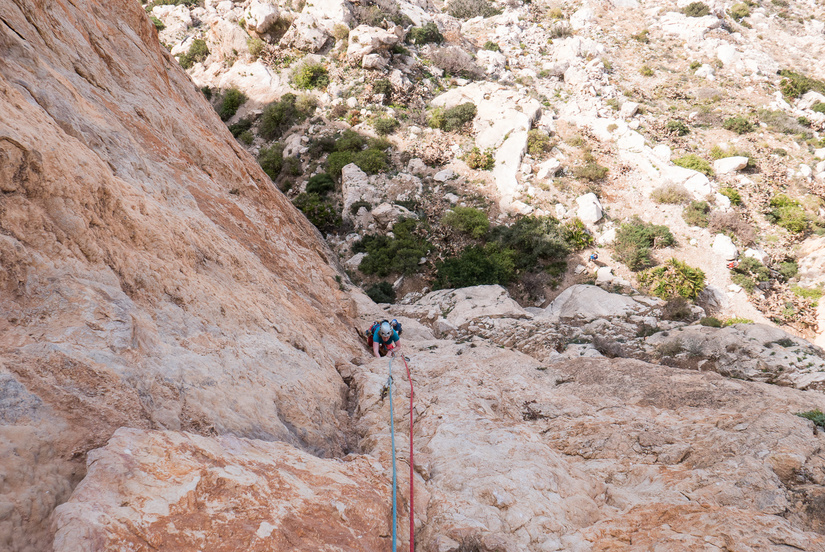 The first pitch was amazingly chossy, but thankfully this did not continue! The rock quality immediately improved on the second pitch, unfortunately the awful rock was replaced by polish! After the polish on the first few moves the rest of the pitch was fantastic, but it felt much harder than the given grade.

The third pitch was incredibly polished for the first few moves which made it feel very tenuous before the thrutch up the chimney after the polish. Thankfully the polish vanished after this pitch and just left fantastic rock and excellent climbing. The next pitch was an excellent sustained corner climb with brilliant gear and excellent climbing, it just felt like a shame to get to the belay. This lead to an easier linking pitch which had an outstandingly good chimney section at the top which felt amazingly exposed and enjoyable. 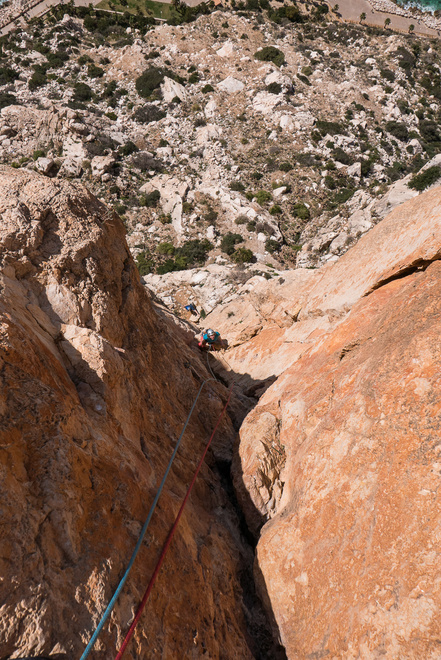 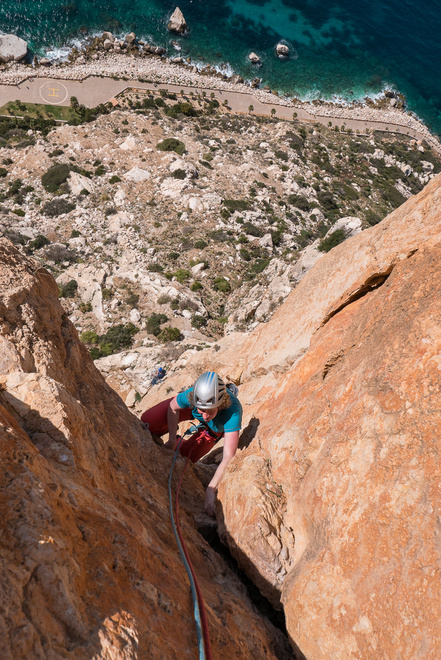 At the first crux 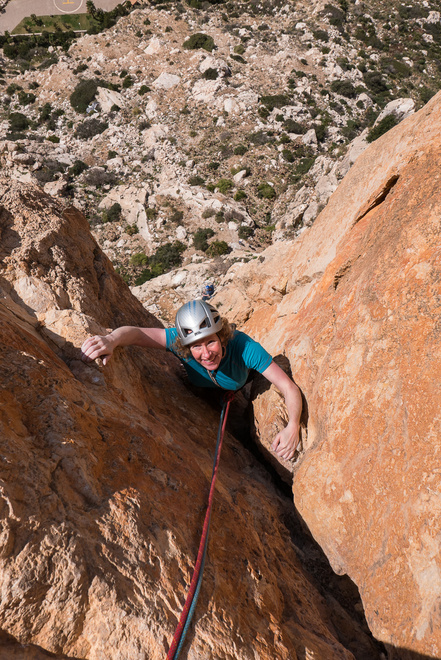 Happy to be past the crux 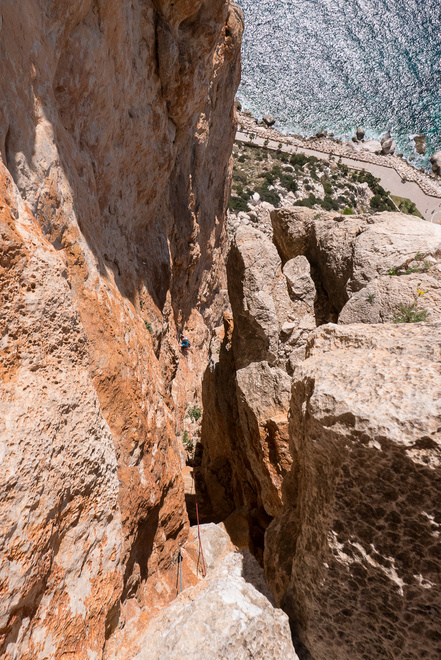 Looking down the chimney pitch 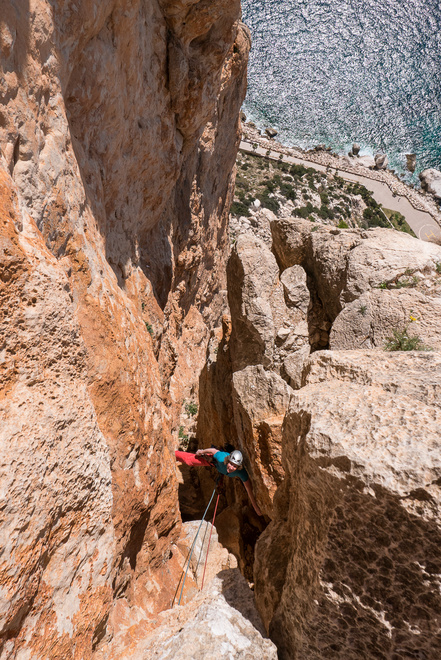 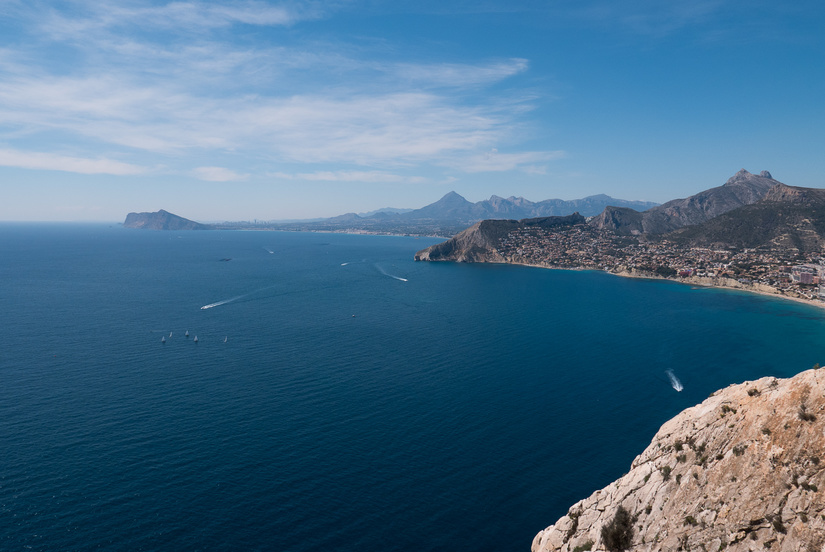 View towards Benidorm from the climb

The next pitch was the crux pitch which had a horrible reach first move, which frankly felt desperate. The guidebook said not to be tempted by a thread high in a cave. So I was somewhat confused when I ended up inside the cave with the tat… I then ignored the tat high in the cave and committed out right to an enjoyable sequence which ended up with excellent holds, which despite looking improbable was the grade which was given. 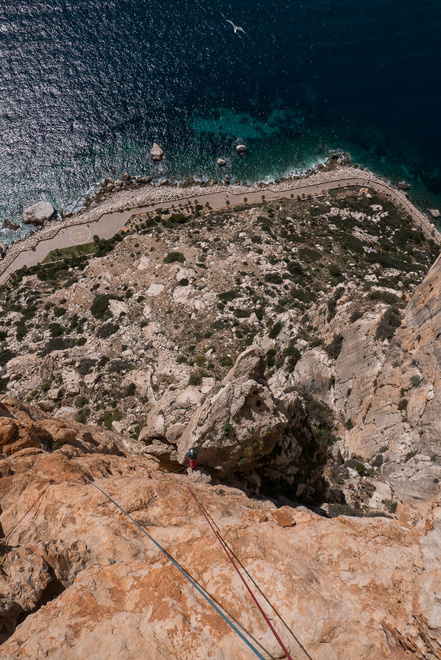 Looking down the crux pitch 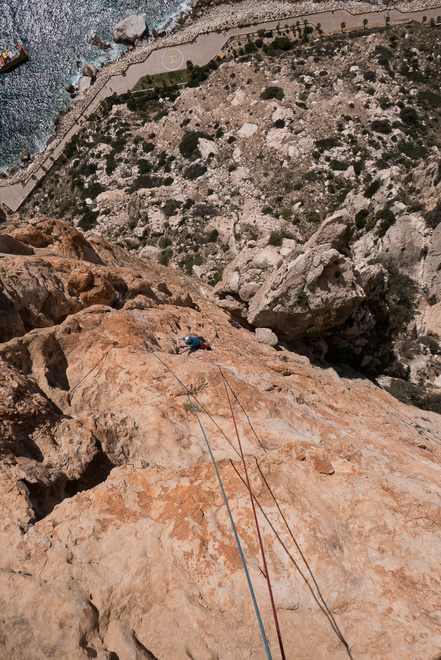 After this pitch all that was left, was an abseil before two easier pitches to the top. Penultimate pitch had an enjoyable traverse before more excellent corner climbing. This lead up to a belay which was below a very intimidating corner, which was where the final pitch went. The pitch was far easier than it looked from below, but as I got to the final section of the corner it was clear that the route went up inside a tight chimney. After a bit of a struggle with the rucksack I felt that I had been reborn as I got to the top of the route.

All that was left from here was an easy scramble to the top, this was slightly complicated by a very defensive seagull divebombing us as we soloed to the summit which was a little disconcerting. 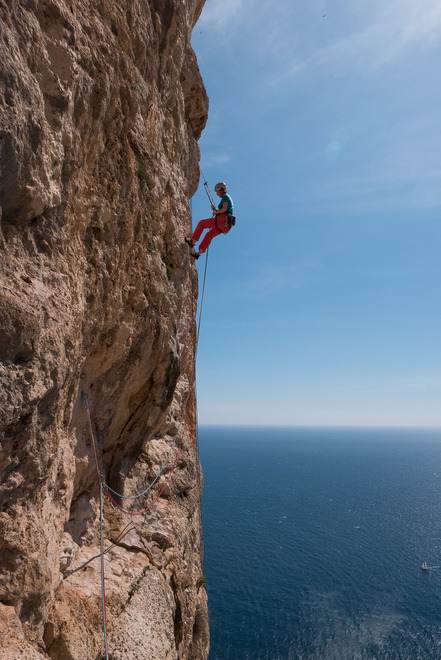 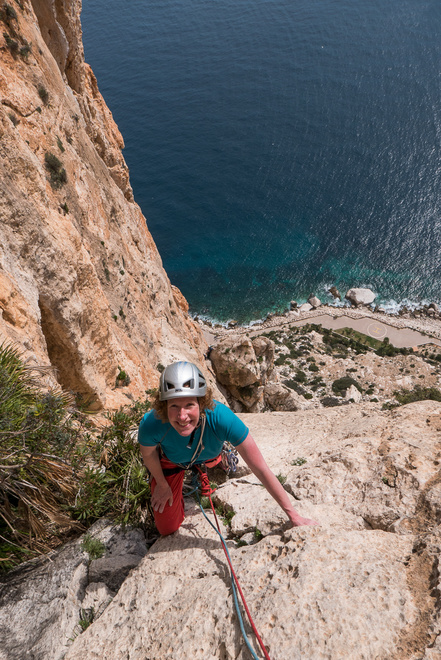 One pitch to go! 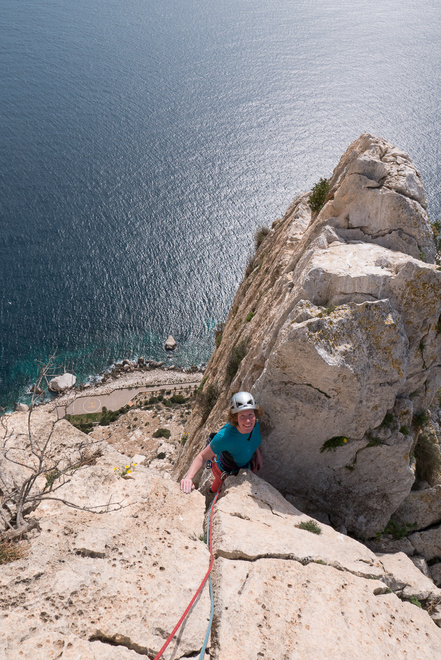 At the top of the final pitch 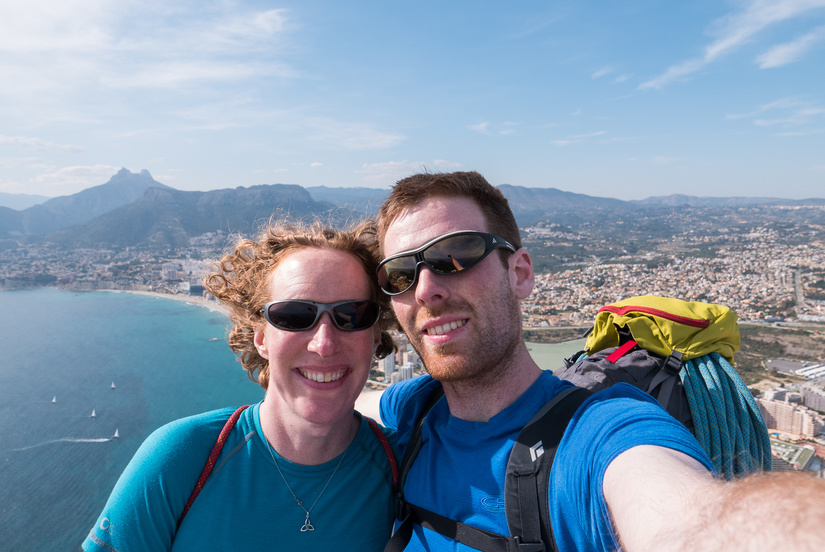 From the summit we had an easy descent down the tourist path from the summit, the route was absolutely fantastic as it was sustained climbing with fantastic rock and climbing for the majority of the route. It was just one of those days which was just brilliant to be out on sunny rock in a fantastic position.