After descending from the Mönch we sat through a few days of bad weather in Grindelwald, as the forecast was looking better to the south west we decided to head down into the Valais and stay in the Rhône valley. We were expecting Sunday to be fairly wet all day, but when the rain stopped in the morning we decided to make the most of the unexpected good weather and head to one of the low level crags in the Rhône valley.

We decided to head to Bramios which is next to Sion as it had multi pitch sport routes which appealed to both of us more than the single pitch alternatives, the multi pitch routes also had the advantage of being in the shade as it was boiling in the sun.

We decided to climb Arete Sud, a five pitch f5c+. After a surprisingly tough start to the first pitch, the first few pitches were all enjoyable climbing with an excellent arete at the top of the second pitch. The third pitch wasn’t very clear from the guidebook as there were three lines from the belay. We decided to head up the most traditional looking line, and the only one without a name as we assumed that Arête Sud was probably one of the original routes of the crag. This was an enjoyable corner, which was much less thrutchy than it looked from below with some enjoyable moves up to a lower off. It turned out that this was an intermediate lower off and I should have carried on which meant we added an extra pitch.

It was soon time for the penultimate/crux pitch. This pitch has some fantastic climbing and combined with some poor bolting which meant that the third bolt couldn’t be reached until I had to reach down to clip it. The climbing was tough to read and surprisingly strenuous and felt around E1 5b with the bolting, but maybe I am just unfit! Above this the route moved back to the arête which provided a spectacular position above the gorge below.

An easy pitch lead to the top and back into the warm sunshine, which was a great way to end an unexpectedly good day. The entire time we were climbing in the warm shade we could see the mountains shrouded in cloud and on the drive to Martigny we drove through a number of rain showers. 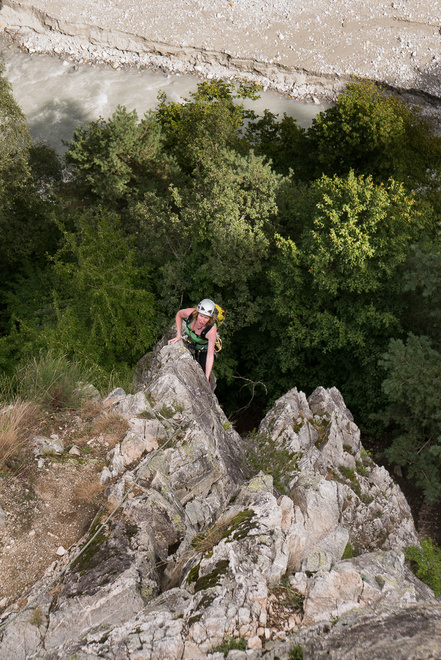 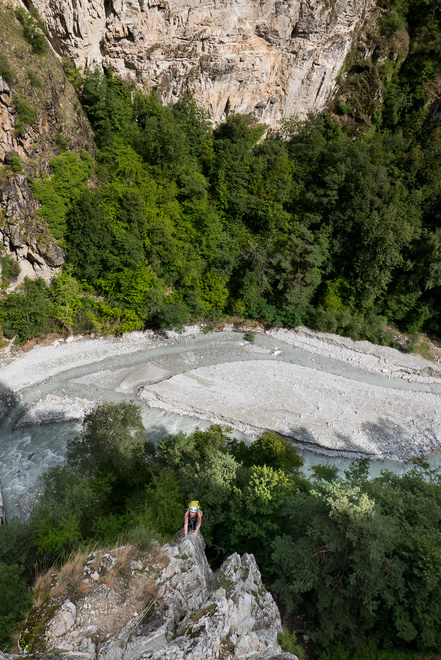 Stunning position on the second pitch 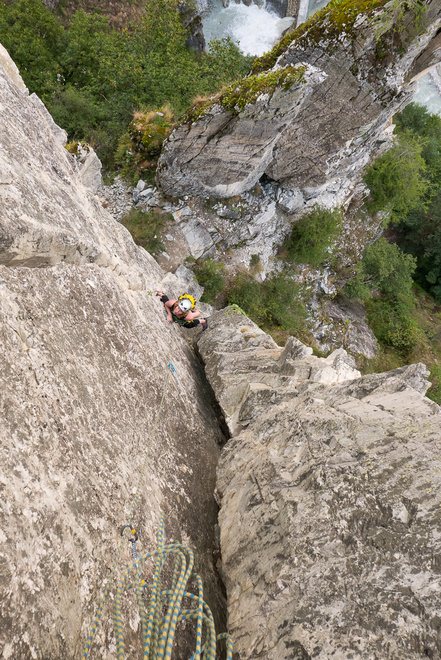 Entertaining climbing up a corner 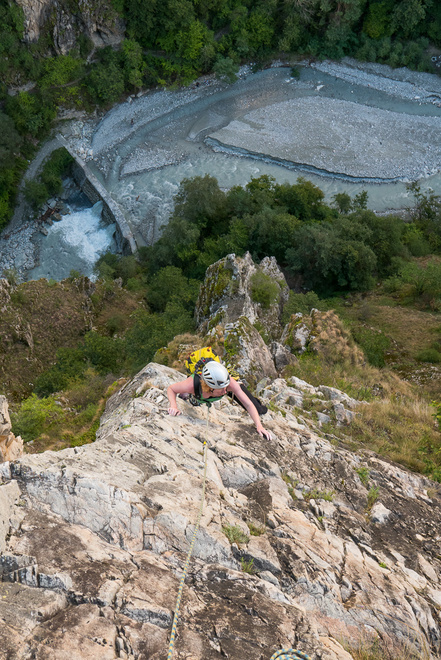 On the easy ground above the crux 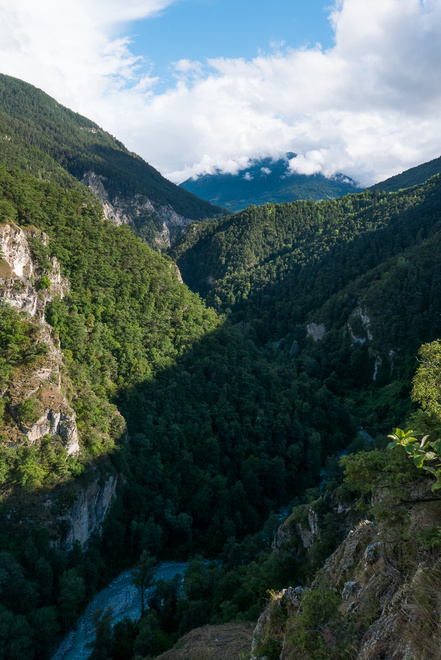