After a last minute change of plan due to an excessive amount of snow in the mountains we decided to head up to the Cabane d’Orny for two days of rock climbing. There is an easy walk in to the hut which is surrounded by excellent rock.

The walk in to the hut went quickly, but we were unsure if we would be able to climb due to drizzle and being in the cloud. When we arrived at the hut it was still cloudy but the rock was mostly dry so we decided to head out and climb the Aiguille de la Cabane. When we left the hut we had good time to complete the route before dinner. However due to a route finding screw up by me, we managed to lose an hour by walking 30mins in the wrong direction… Eventually we arrived at the base of the route and set off. The climbing was immediately interesting with the crux being on the first pitch, a steep and juggy corner. After this the climbing eased off and was much easier and we made quick progress up the fantastically exposed arête. We got to the base of the final tower and the start of the descent with only 90 mins left until dinner, due to it being very cold in the cloud we decided to escape down the descent route and head back to the hut for dinner.

The hut was run by a lovely family who provided us with excellent food and hospitality. After an evening of cards, wine and schnapps we headed to bed hoping that the weather forecast was correct for Tuesday. Unfortunately in the morning we woke up to more cloudy weather, although the view before breakfast from the hut was very atmospheric.

We kept with our initial plan to climb the Aiguille d’Orny via Gérémiade. It was very cold at the base of the route but I set off up the first pitch and found it harder than expected due to the cold and wet rock, undeterred I set off up the second pitch but soon decided that it was a bad idea as it was soaking wet. We abseiled back down to the ground and decided to have a go at the ordinary route, although half way up the second pitch I again decided that it was time to run away as it was just not enjoyable.

We were soon back at the hut enjoying tea and cake before starting the very dull walk out in the cloud, which despite being short, seemed to go on forever as it seemed like the lift station must be around the next corner for around 30mins.

I will certainly return to these route on another trip as it is an excellent height for acclimatising at the start of the trip as the hut is at ~2800m with the route topping out at around 3100m. 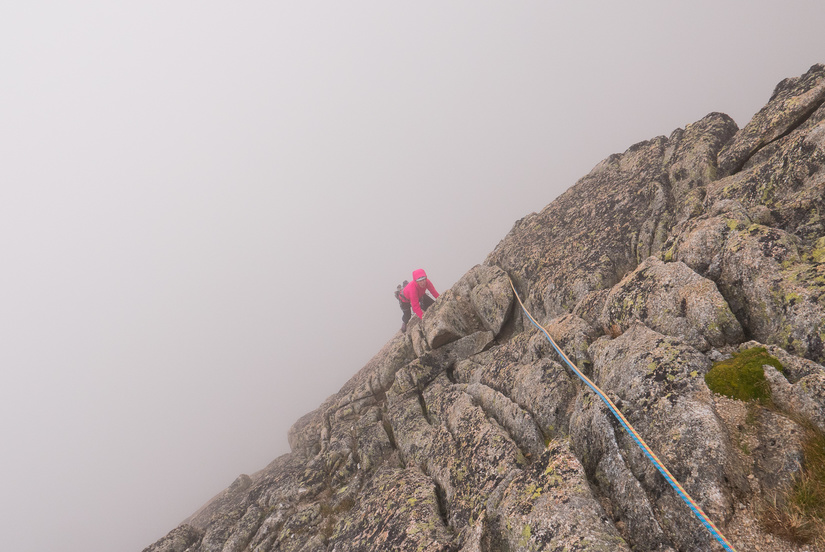 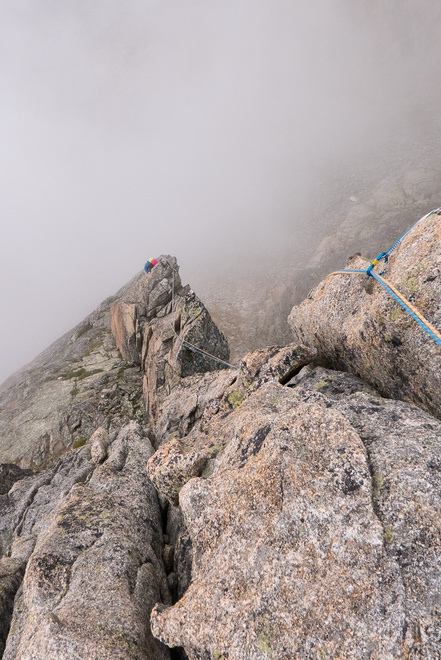 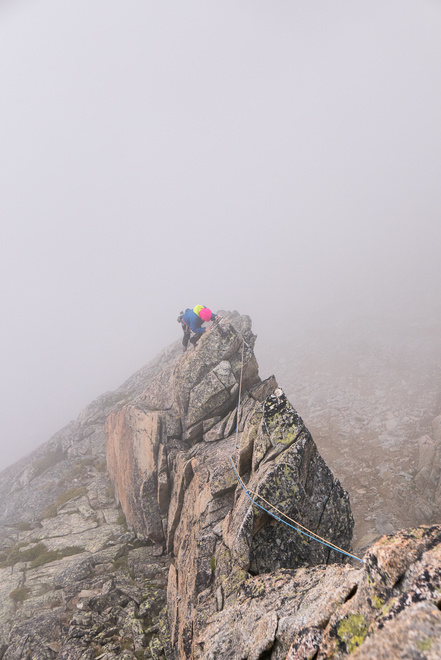 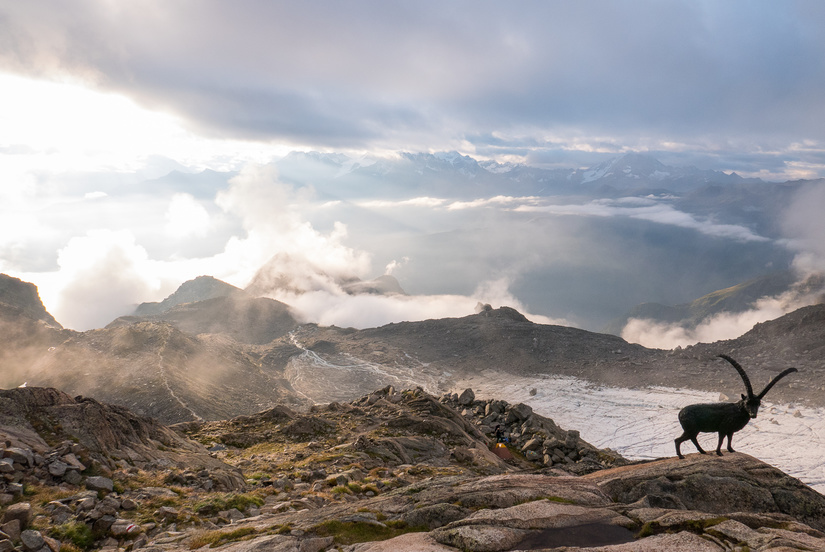 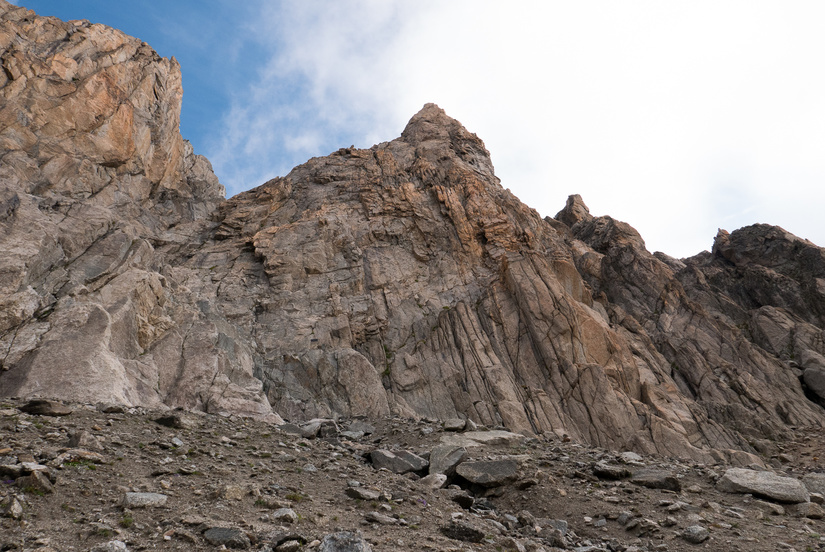 Looking up to the Aiguille d’Orny 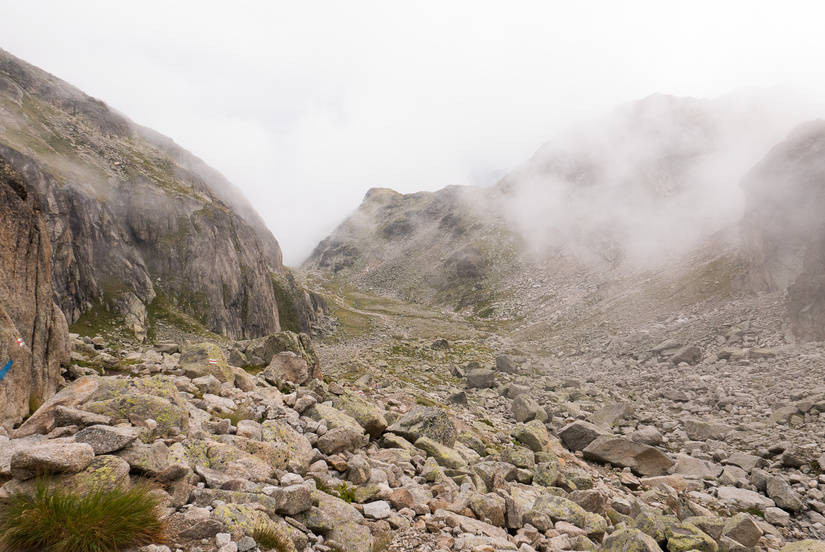 A brief glimpse of the walk out