It’s been a while since I have written a blog post, which is more due to the shear volume of climbing I have been doing, rather than the lack of climbing. I have been having an excellent season and have been making good headway into E2 and am now looking forward to the rest of the season.

Last weekend I was due to head up to North Wales for a friend’s stag do, and given the nice weather three of us decided to head up a day early and do a mountain route in Snowdonia. We decided on Grooved Arete and were pleased to discover that we were the only people on the crag when we arrived in the morning. The weather was fantastic but very warm and humid in the sun which made the approach pretty warm.

I lead the entire route to save time due to thunderstorms being forecast in the afternoon. The route was fantastic with lots of interesting pitches, although there was a surprising amount of polish which was a bit of a shame. The standout pitches for me were the second main pitch, the third main pitch and the fourth (knight’s pitch).

We got to the top in excellent time and the conditions had remained excellent, although the lack of wind did mean there were midges on the summit! Due to being a tad hungover we decided just to head down rather than attempt another route were back at the car in good time. 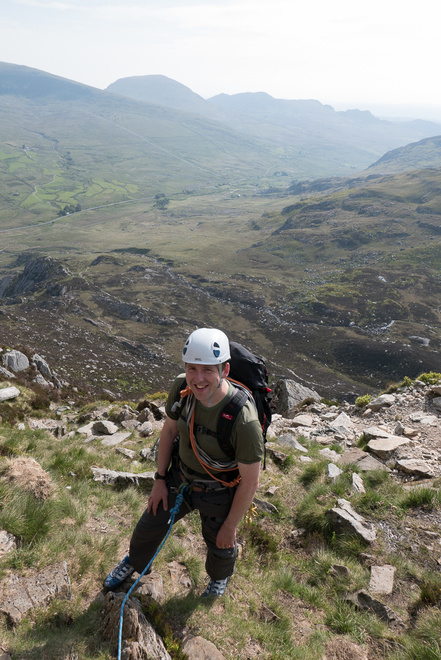 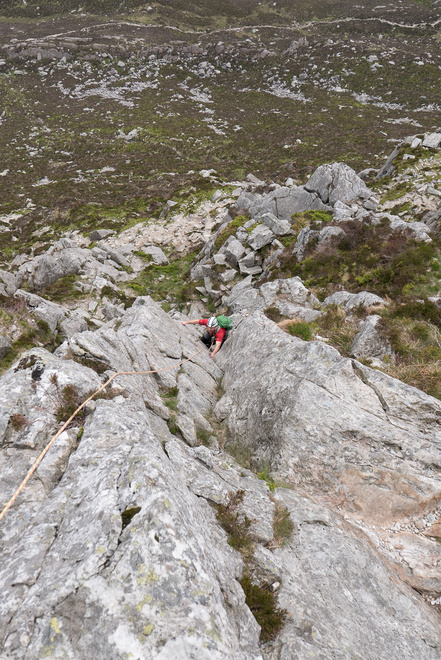 Great climbing near the start of Grooved Arete 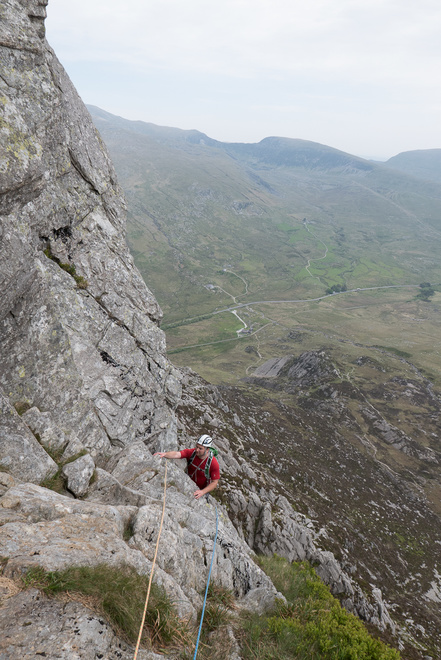 At the top of an outstanding pitch on Groved Arete 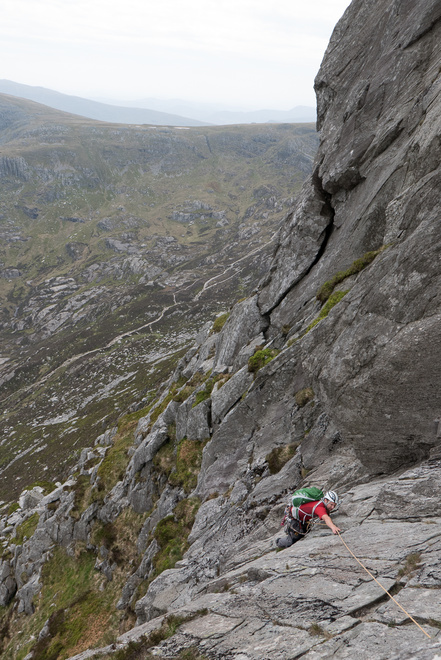 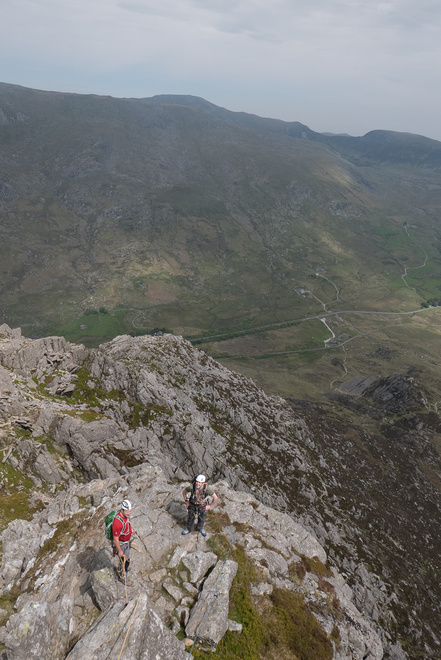 At the top of Grooved Arete

After an intense day of mountain biking on Saturday we had a more chilled out day on Sunday. After a lie in we decided to go for a short walk, so headed up Moel Siabod behind Capel Curig. We headed up the east ridge which turned out to be a fun little scramble if you wanted it to be, but just a walk if you wanted to avoid the rocks. The views into Wales were stunning on the walk in, and during the scramble we were all looking forward to the views into Snowdonia. These did not disappoint when we got to the summit.

We descended down the North ridge which had a bit more scrambling on it before it descended back down to the approach path. 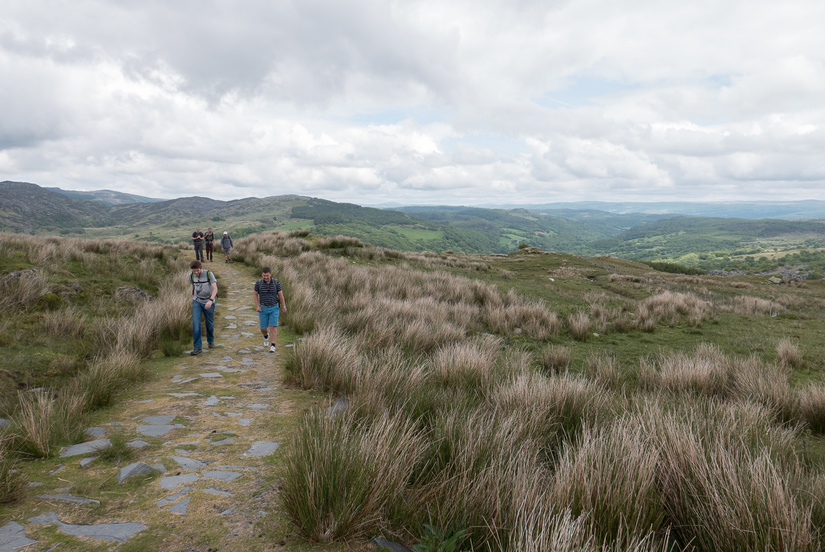 Heading up to Moel Siabod 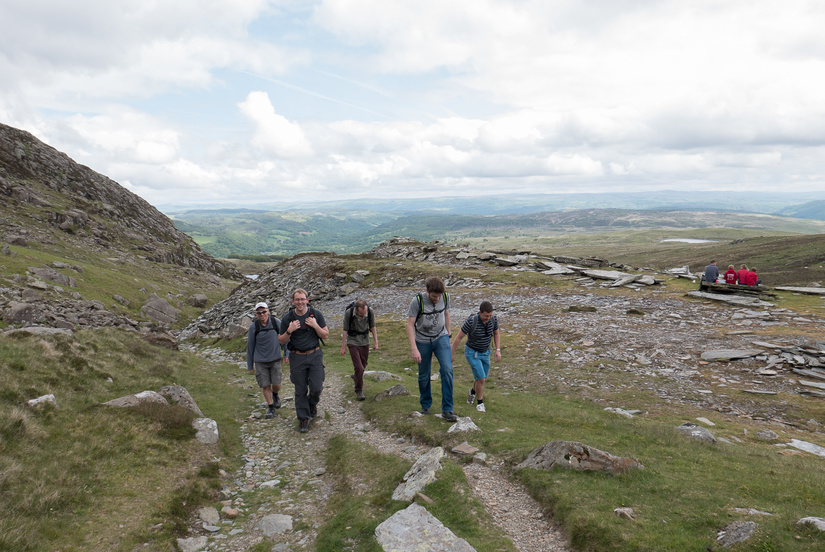 Great conditions on the way to Moel Siabod 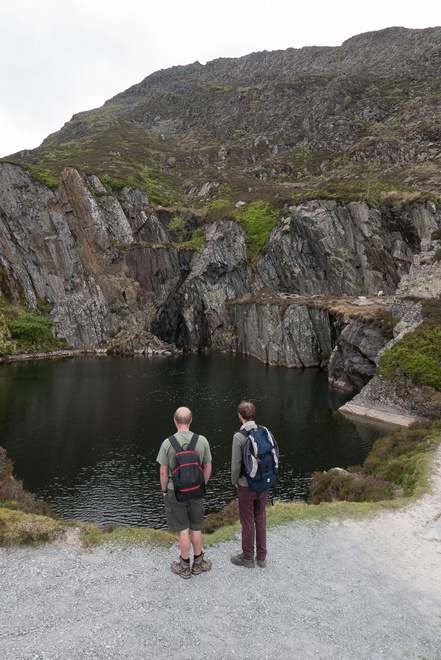 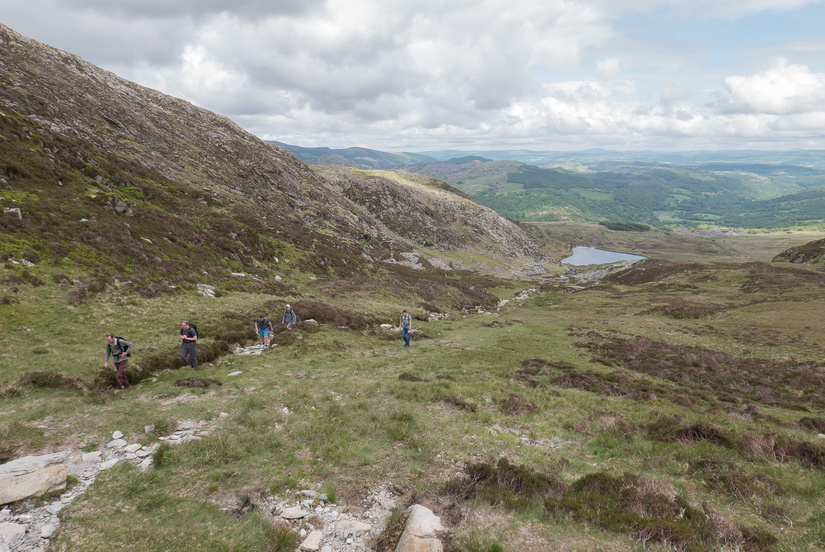 Brilliant day to be in the hills 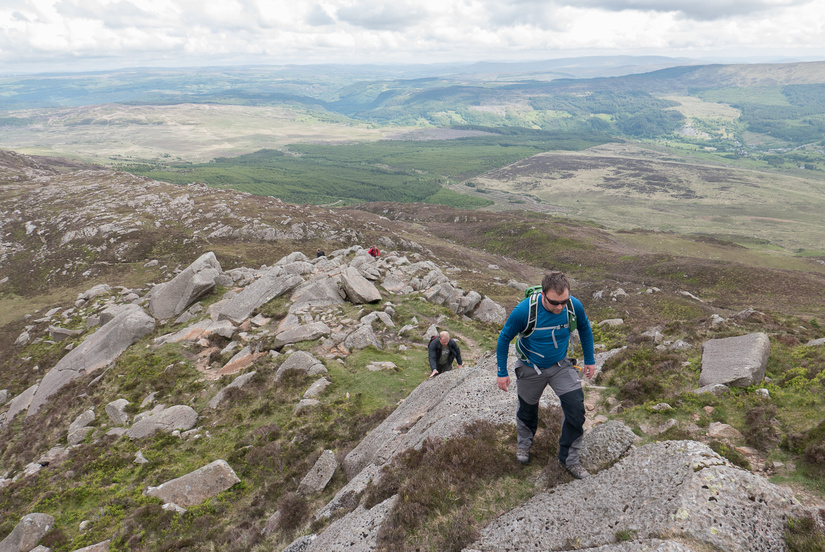 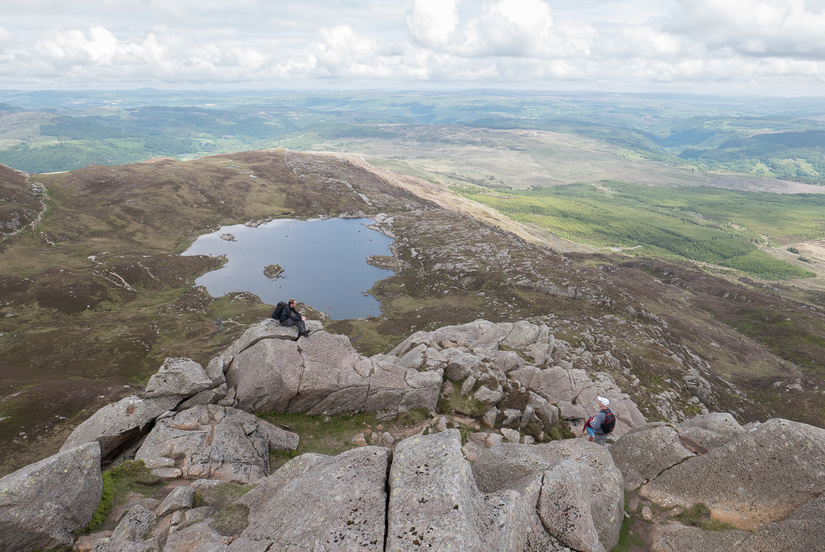 Great views on the ridge 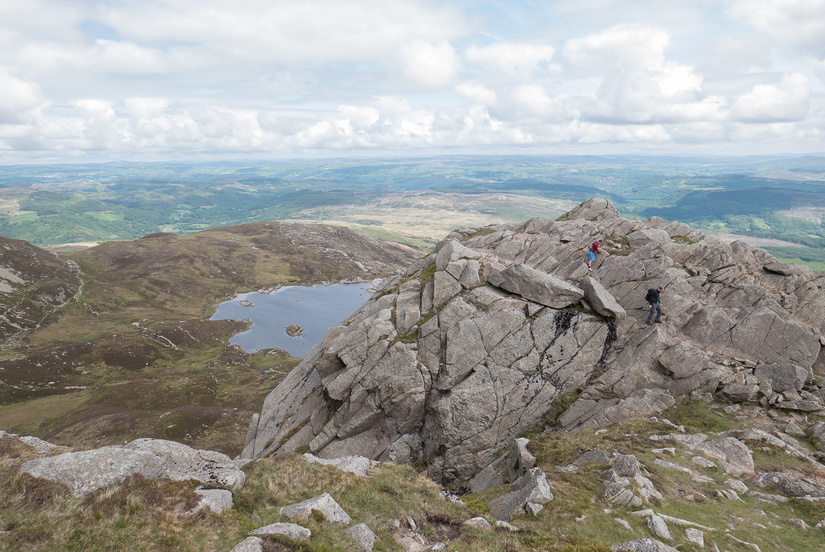 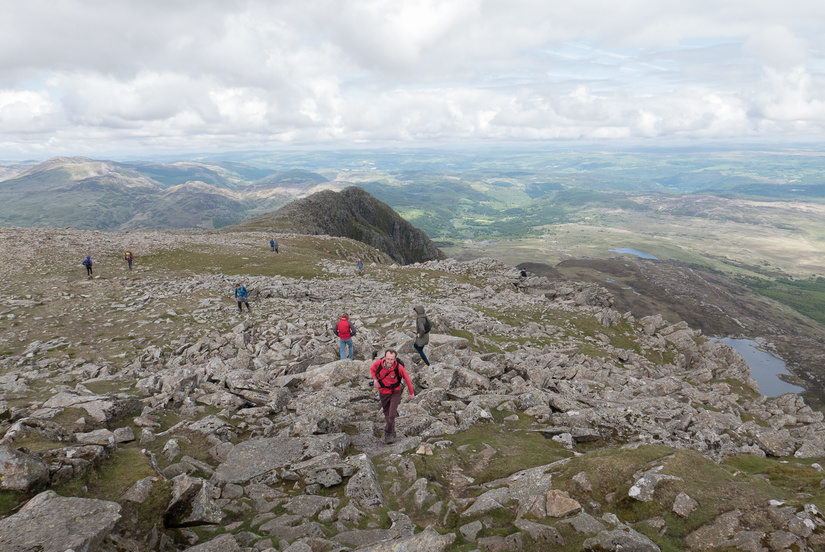 Approaching the summit of Moel Siabod 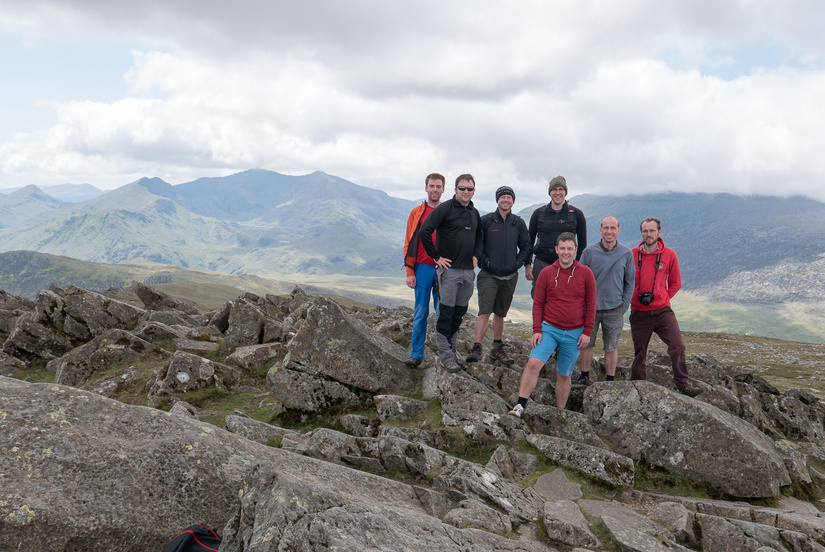 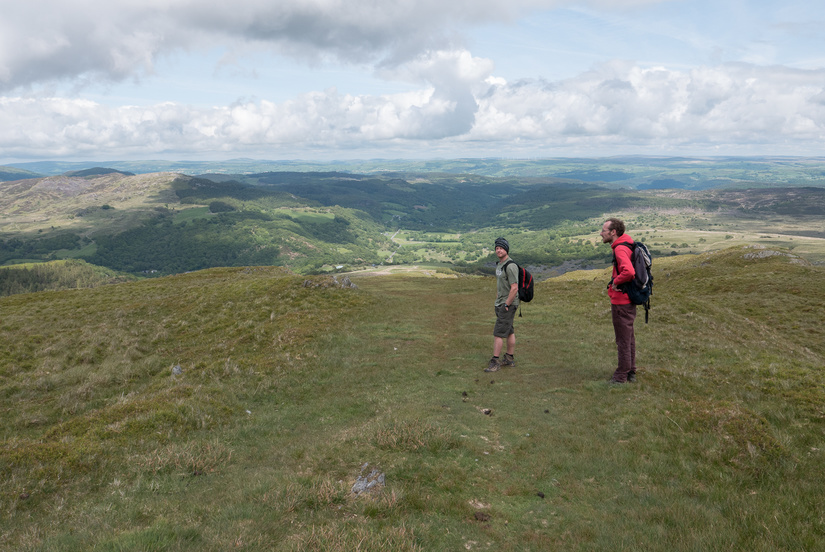 Descending with great views into Wales