After a brilliant but long winter have been looking forward to it warming up and allowing the rock season to start. After missing the few warm weekends we have had in late March I was beginning to get frustrated, but thankfully a good high pressure system arrived in time for the Easter bank holiday weekend.

I headed down to Cornwall with the Avon Mountaineering Club for the annual easter trip. There was a good group of people down for the weekend which made for an enjoyable social weekend. On the first morning I headed to Chair Ladder with Rich, wanting to continue from my successful season last year I jumped straight onto Excelsior, a multi pitch E1. The second pitch was my lead and standing at the bottom it looked pretty intimidating, but as soon as I started it all came back quickly and I enjoyed the brilliant and sustained pitch which turned out to be the crux of the route. The rest of the route went easily with Rich making light work of the committing move around the overhang on the third pitch and I quickly climbed the very bold and serious last pitch, although I am still not sure where the 5b move was.

Rich and I headed back down to climb the classic HS of Pegasus, however due to some unexpected events at the crag we didn’t manage to start the route, instead we were just amazed at how quickly the coastguard can respond to an incident. 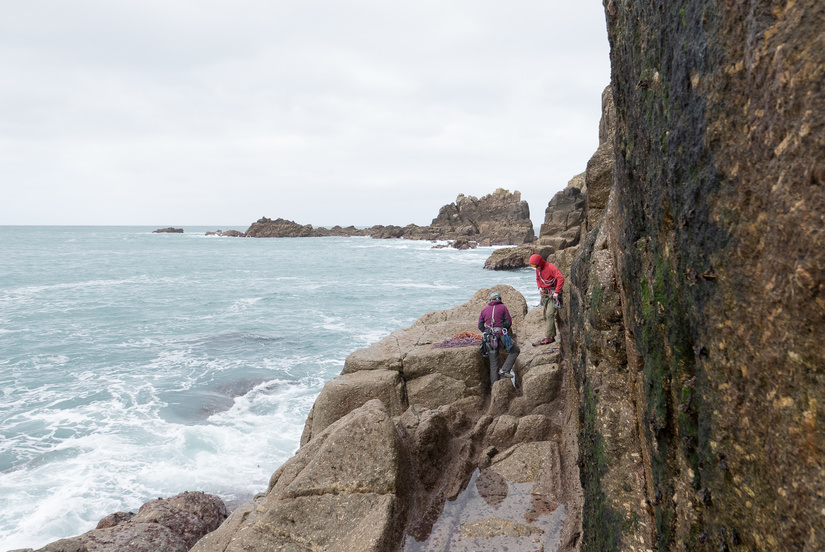 A damp start at Chair Ladder 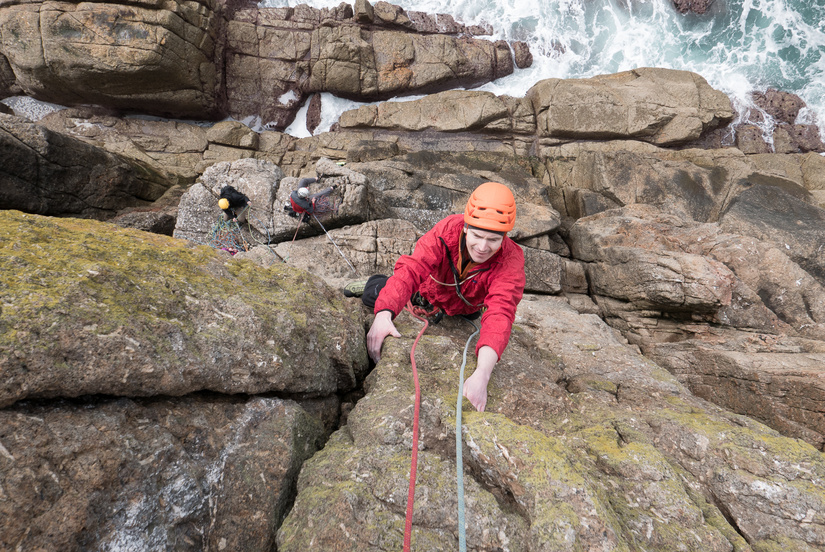 Rich at the top of P2 on Excelsior 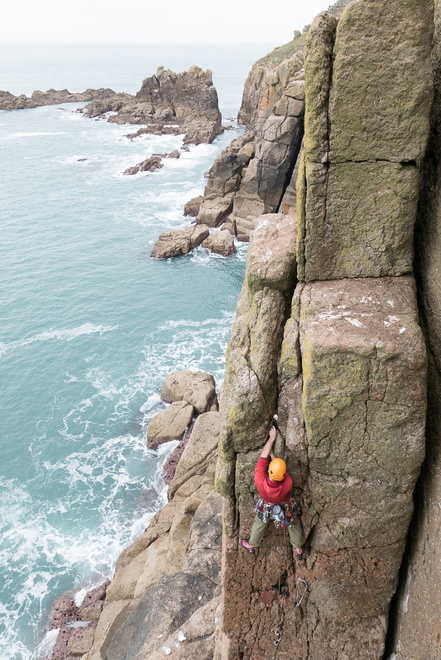 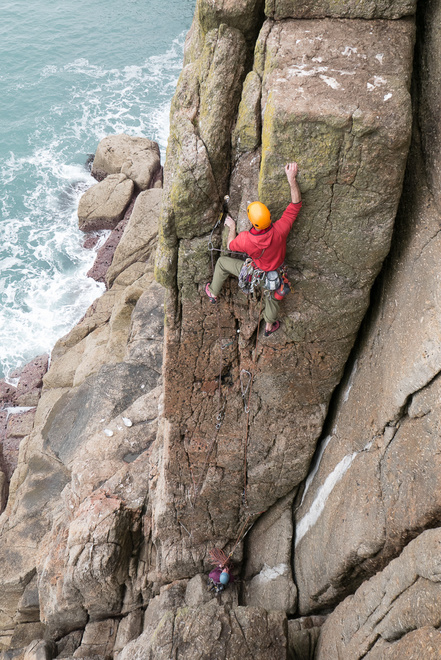 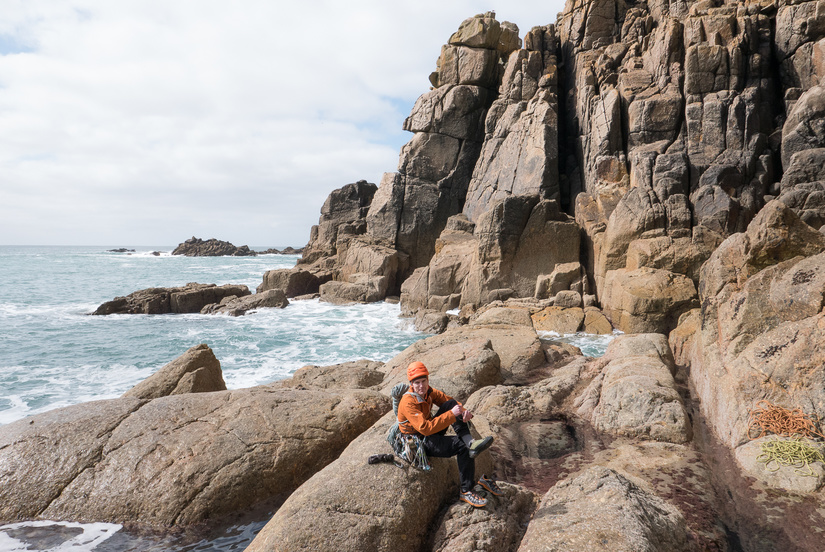 Due to the failed attempt on Pegasus on the first day it was still Rich’s route, so we headed back down to climb Pegasus. It turns out in the morning Pegasus looks much less inviting as it gets very sea washed and the first pitch was soaking wet and greasy. After a good lead on the wet rock by Rich were were soon up in the sun and able to enjoy the rest of the route.

The plan was to head over to Zawn Kelly to climb American Dream, but we decided the lazy option was better and we stayed at Chair Ladder. We abseiled back down to climb the classic E1 of Bishop’s Rib. As there was another team on the route we had to lounge around in the sun for around an hour, it’s a hard life this climbing lark!

The first pitch is known for being bold and scary, however I was pleasantly surprised to find gear half way long the traverse which made it relatively safe. This was lucky as I managed to end up too high which made it a tad more entertaining, this was my first proper hit of adrenalin of the rock season and when I got to the “rest” after the traverse I had to give my shaking leg a good talking to. I had kind of assumed that the traverse was the crux, and was a bit shocked when the hard climbing continued and found the moves up to the overhang and through it much harder than I was expecting. The second pitch was an outstanding crack pitch, the climbing was never hard but sustained and in a fantastic position, almost forgot to place gear in the crack as the climbing was flowing so well! 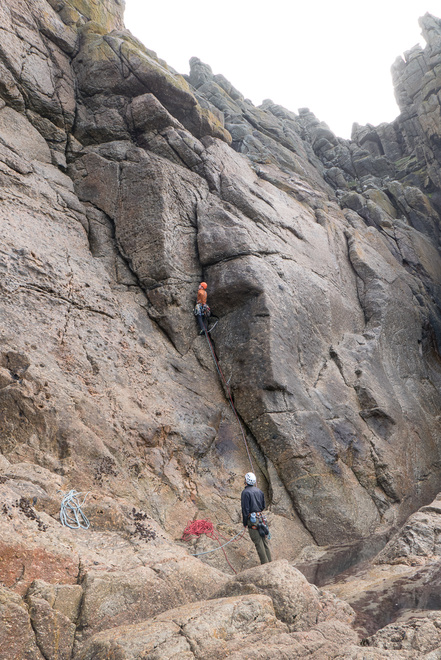 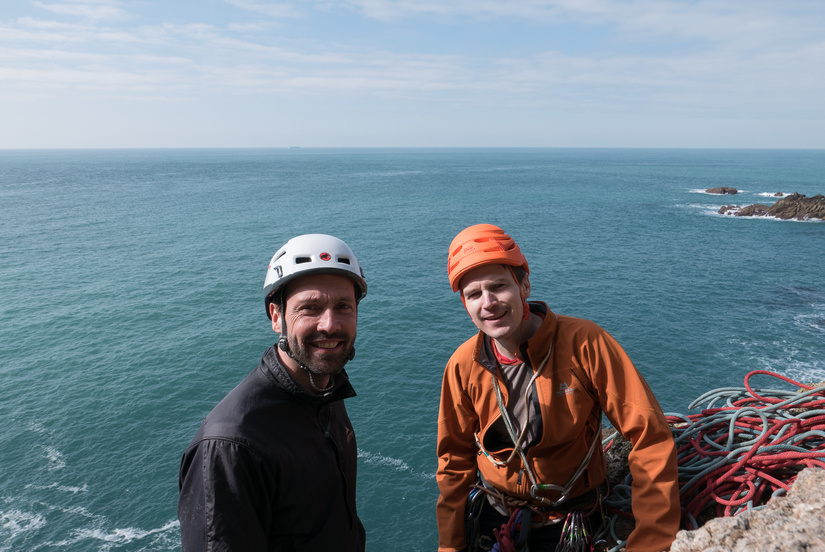 Climbing in the sun 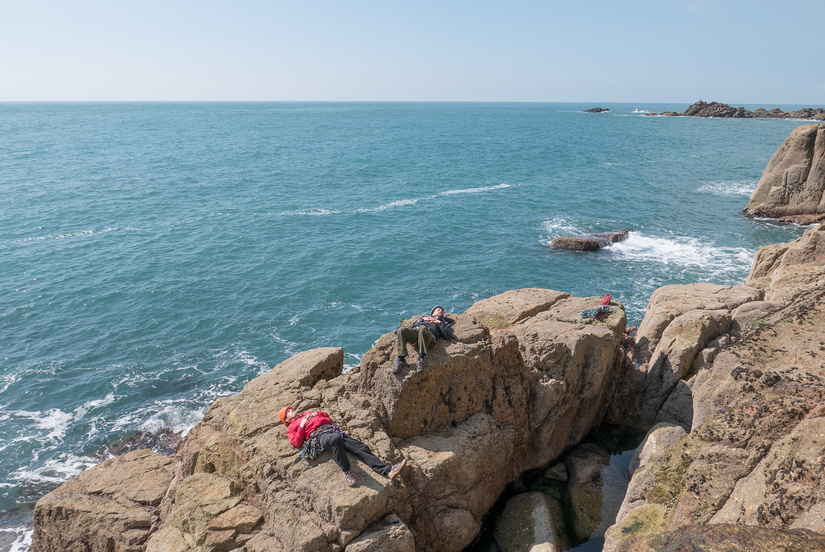 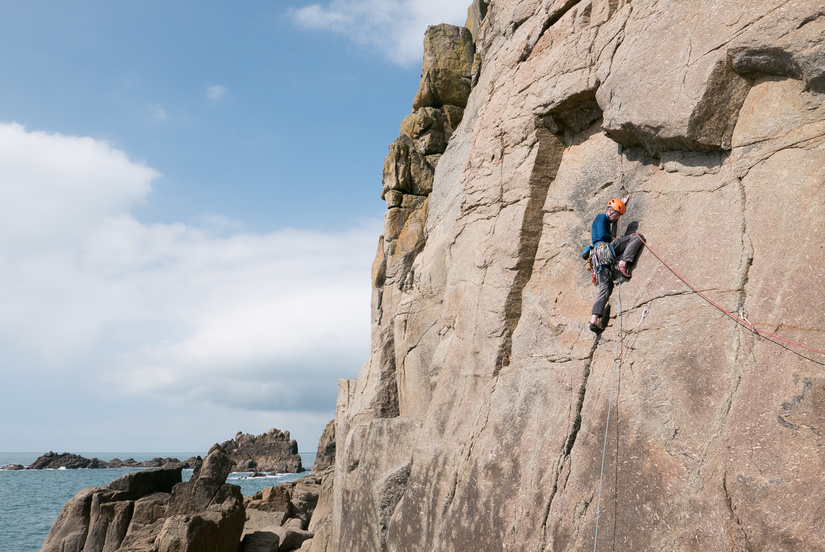 Me on Bishop’s Rib

On the final morning we headed to Carn Bara in the morning where Rich lead two of the short VSs off the high ledge, Exodus had less stars in the guidebook but turned out to be a truly fantastic route with fantastic exposure and climbing for a VS.

After some lunch we headed over to Zawn Kellys where I climbed the classic E1 of American Dream. I was a bit nervous before abseiling into my first committing, solid E1 of the year, especially with the Rockfax description that it was high  in the grade (which is not true). From the bottom the line just looked fantastic, a true “climb the obvious line” route. The route felt pretty steady the entire way up, with unrelentingly brilliant and sustained climbing from the first move to the last, it’s up there with Indy 500 for the best E1 I have climbed. 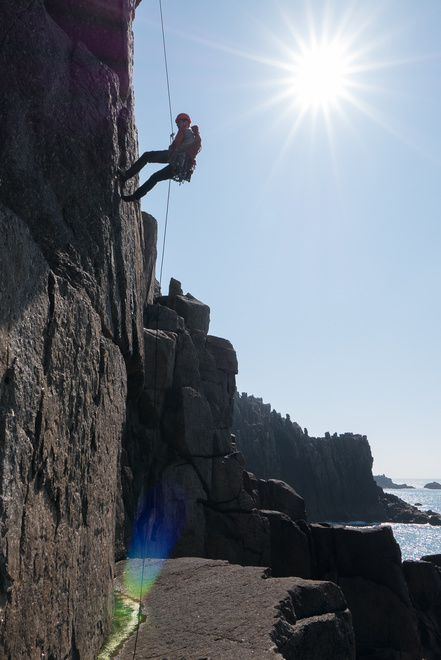 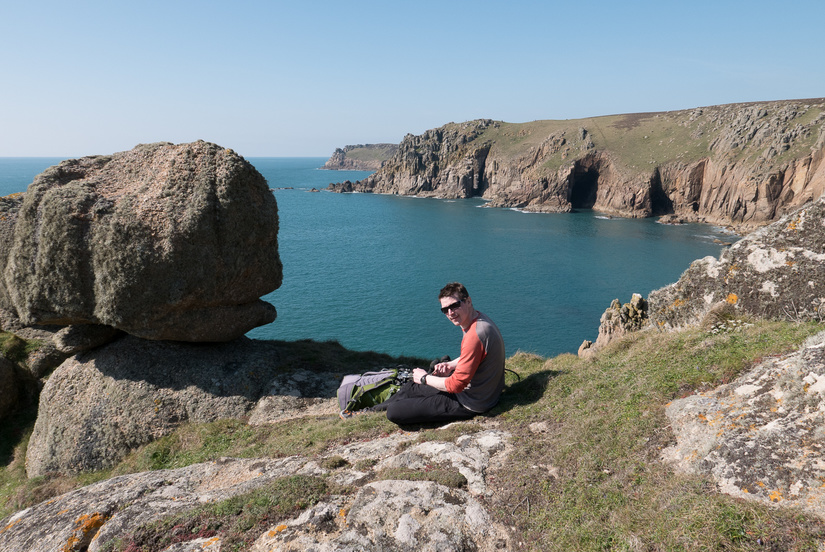 Relaxing in the sun after climbing American Dream

After the route we relaxed in the sun for a bit, before heading back to the campsite to take down our dry tents and make our way back to Bristol. I had a brilliant and very successful first climbing trip of the year and am now really looking forward to a brilliant spring and summer of climbing.