We were after a short day today due to having a big day planned tomorrow, and only having a brief weather window in the morning. Due to this we stayed in the Cairngorms and headed back up to Coire an t-Sneachda, we were aiming for Hidden Chimney as we wanted to climb a slightly easier route than yesterday to ensure that we could climb it quickly.

The weather on the walk into the coire was fantastic with the sun, although the wind was bitter and for the first 20mins I was pretty cold and wishing I had an extra layer on. Thankfully we were soon in the sun, and having to work harder in the slightly soft snow and the walk in became very enjoyable and after an hour we were gearing up below the Mess of Pottage. 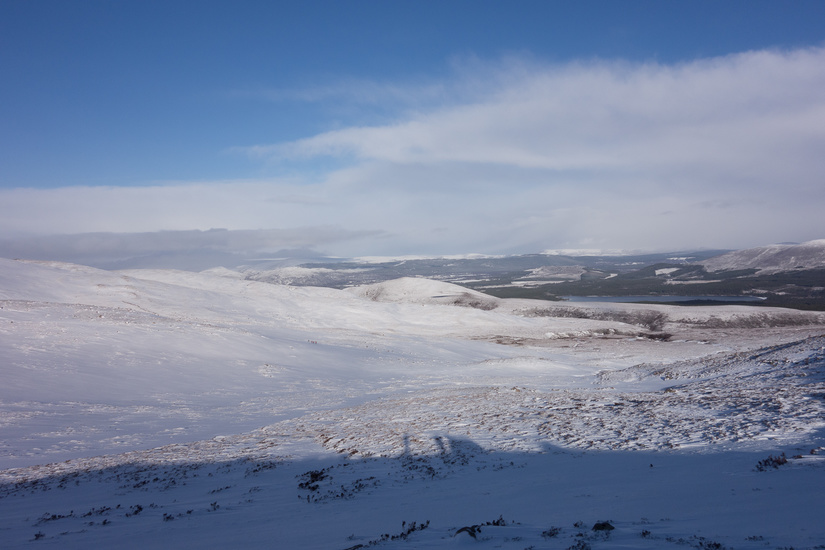 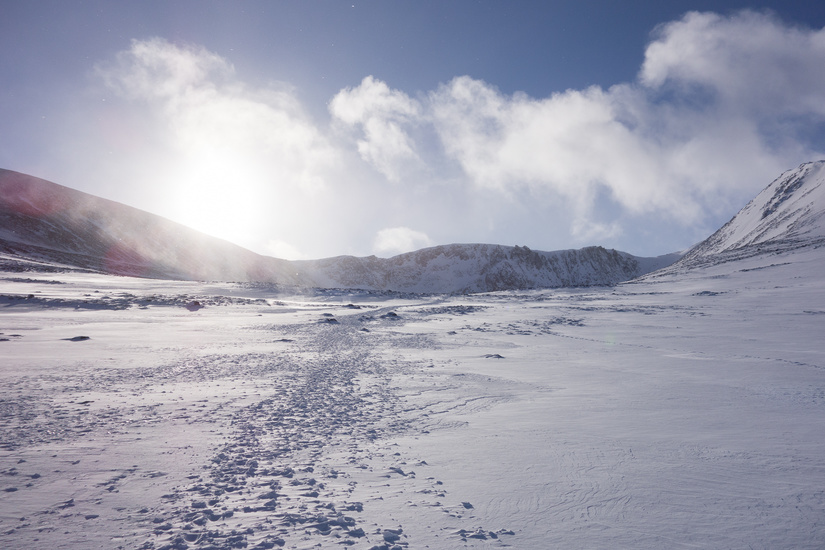 Clear coire in the morning 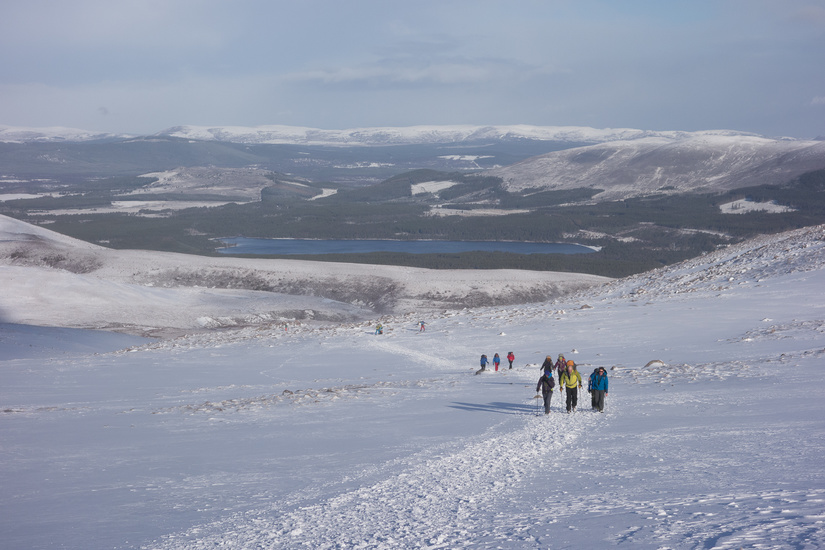 Lots of parties heading up

There were a number of other teams ahead and behind us, and we were hoping that no one else was heading to Hidden Chimney as it seemed that everyone else had the same idea and had headed to the Mess of Pottage. Thankfully as we arrived at the base of the route it became clear that we were the first team to get there, apart from a team doing the direct start to Hidden Chimney who were slower than us so we stayed ahead of.

On the ascent up Jacob’s ladder I spotted a slightly more direct line which missed out some of the easy snow slopes of Jacob’s edge. This gave a great little pitch of around III, 3 which made the route far more uniform in difficulty and enabled us to do a bit more climbing. 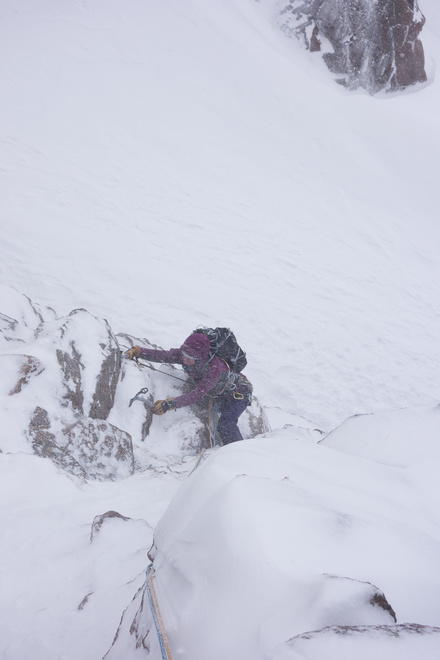 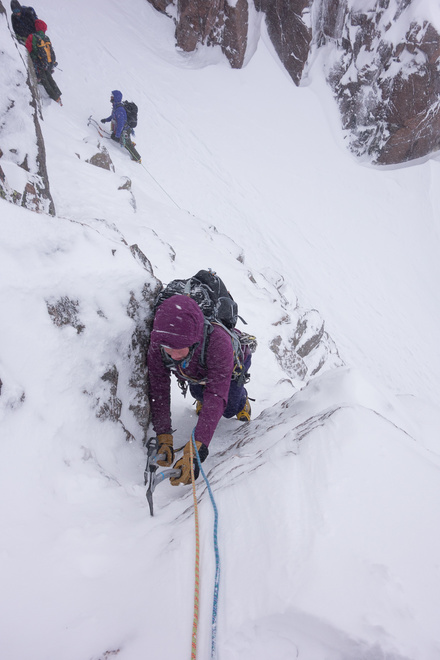 After an easy traverse pitch we reached the start of the mixed ground at the base of the Hidden Chimney which looked brilliant from below, and the pitch did not disappoint with due to enjoyable and sustained climbing for the entire pitch. It would also have been possible to protect it well if you so desired, however in the name of speed I took a fairly bold approach, but you aren’t going to fall off anyway… 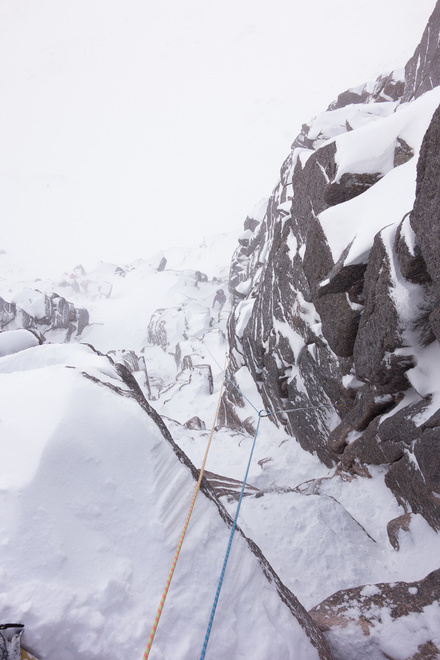 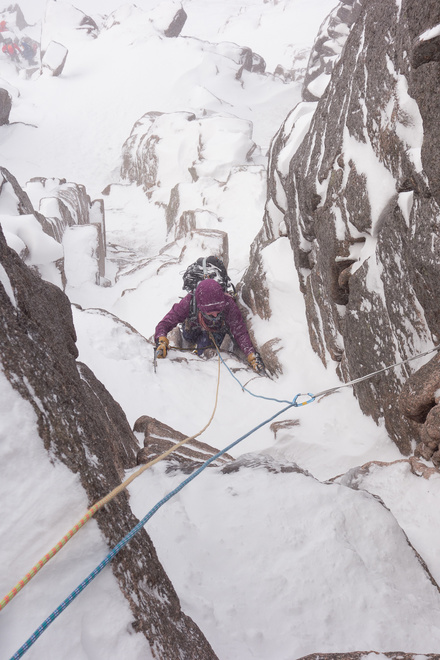 Becky on the Hidden Chimney 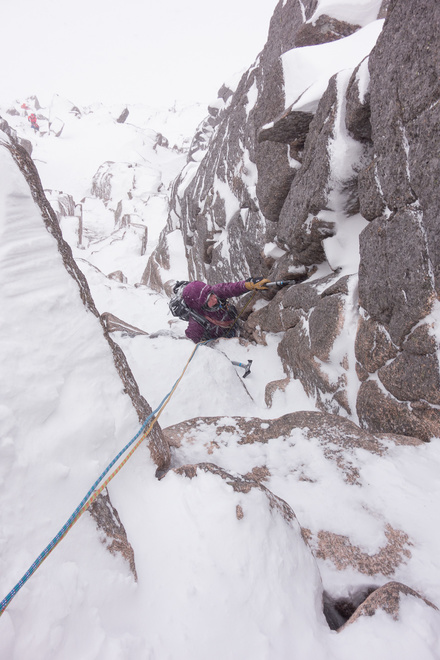 I was expecting to top out into a gale force south westerly wind, however upon sticking my head over the top I was pleasantly surprised to discover that the wind wasn’t very strong. When Becky got to the top the sun even came out! The wind was blowing spindrift up the route again, which lead to a very cold head while looking down to belay the second up the pitch and another day of icy eyebrows. 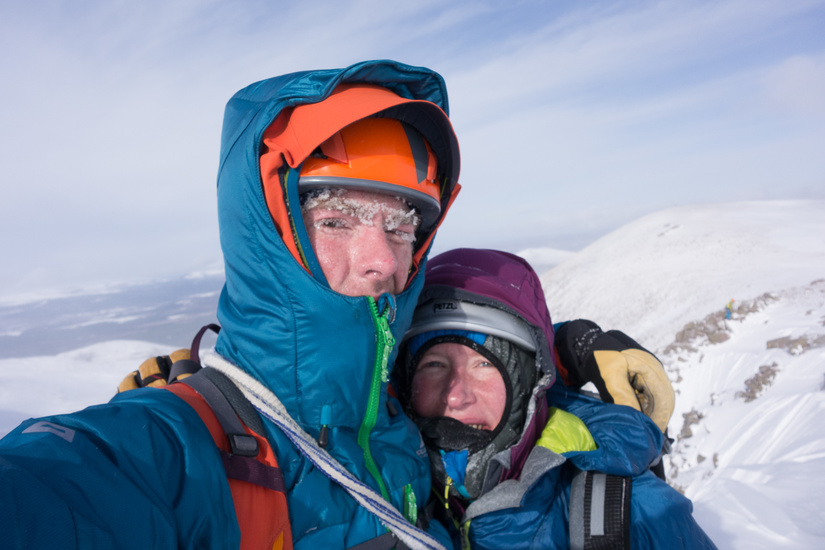 As we were descending the wind started to pick up again, and lots of last nights snow was being transported by the wind which made it fairly unpleasant at times. Thankfully we got back to the car park before the weather set in, I am currently sitting in Aviemore with thick snow heading down to valley level. 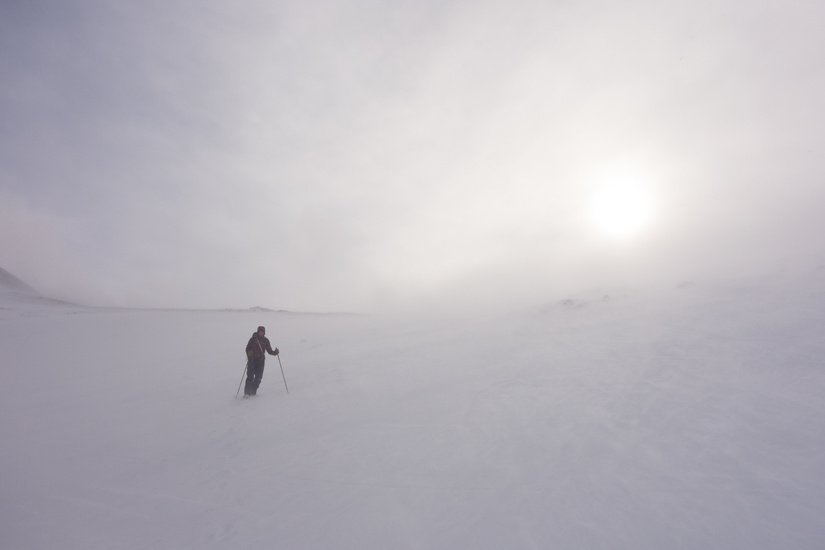 Lots of wind and spindrift on the descent

One Response to “Hidden Chimney”