After two days of ignoring the forecast to head east, we finally gave in and headed to the popular northern corries of the Cairngorms. After a late start we made good time up into Coire an t’Sneachda, we had brilliant views on the walk in and the snow conditions underfoot were fantastic, with a solid layer of neve with small amounts of wind blown snow on top. 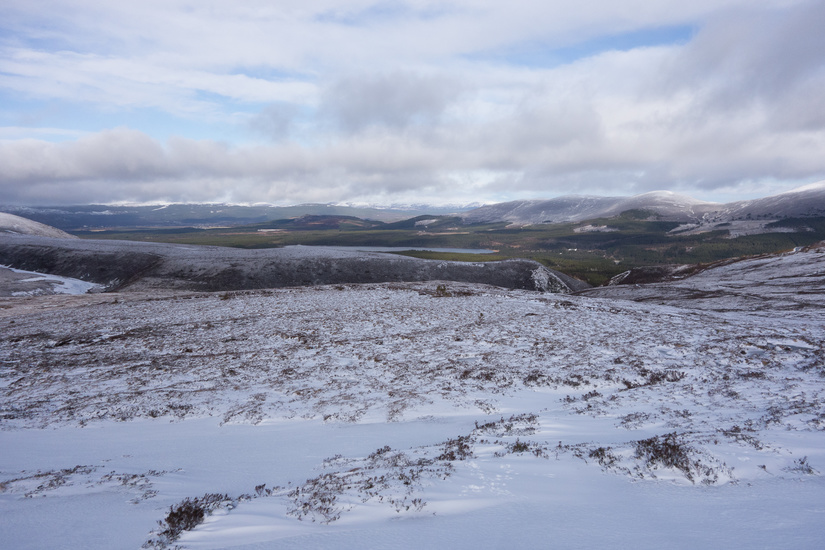 Stunning views on the walk in

Heading up to Coire an t-Sneachda 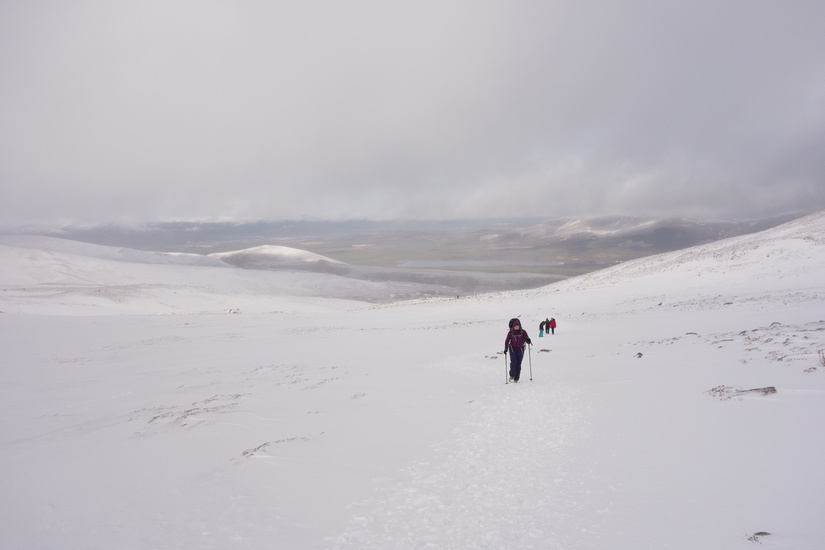 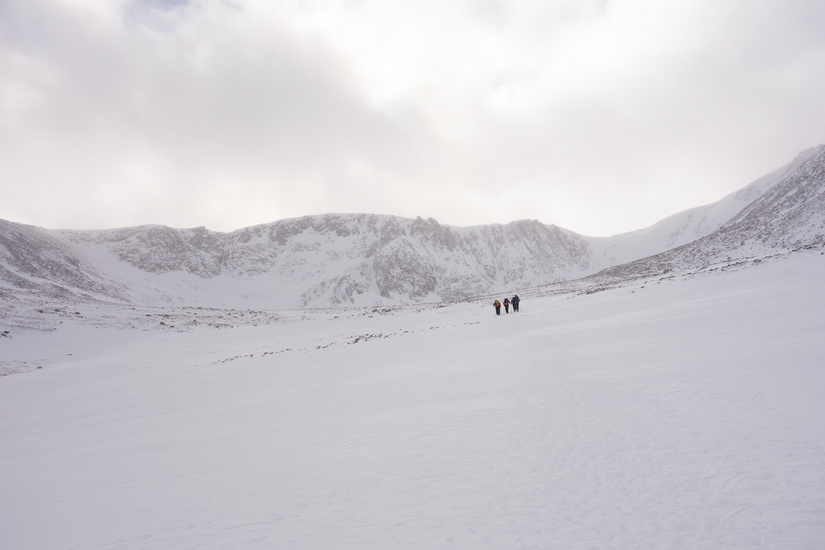 The wind picked up as we entered the coire, in fact we were both nearly blown over at one point! We geared up behind a rock and headed up the scoured approach slopes, were were glad to see that the other parties in the coire weren’t heading for the route we had in mind. There were a number of teams heading for Hidden Chimney but we had The Haston Line all to ourselves. The route is given III, 4 but at least in todays conditions it felt more line IV, 4/5.

The first pitch was a long pitch up an obvious ramp, with two main sections. The first being up a small chimney and the second (crux) being up an awkward but very well protected corner which certainly made me have to think about what I was doing. The view from the belay at the top of this pitch was great, which made up for the very cold wind which was blowing spindrift up into my face as I looked down to watch Becky as she climbed the pitch. 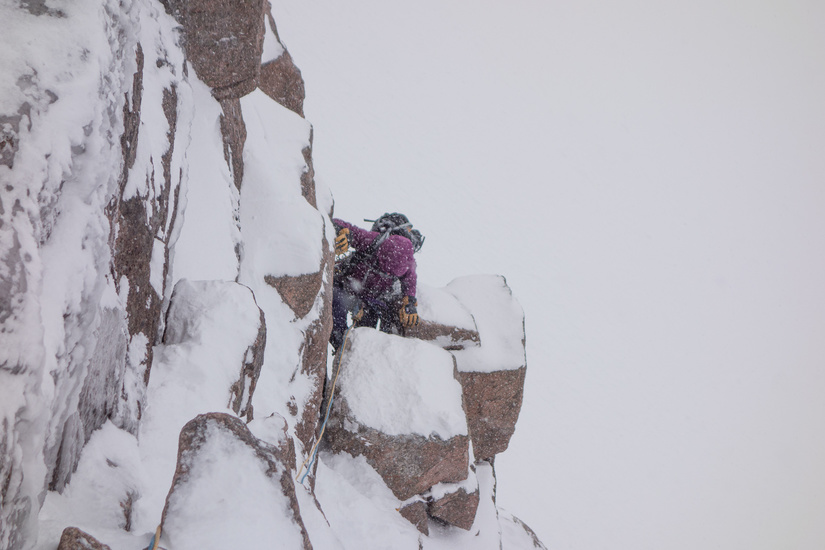 Becky on the initial chimney 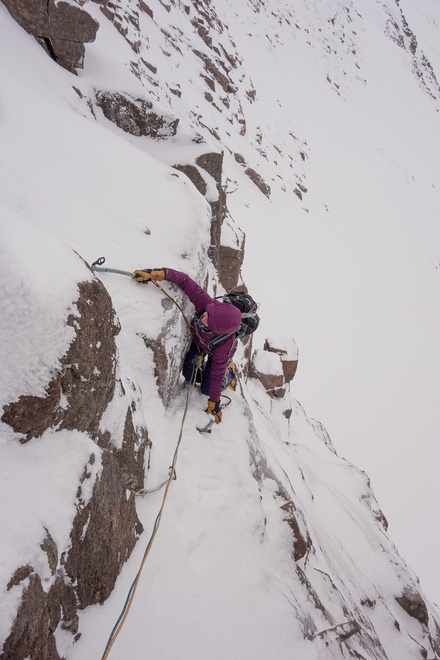 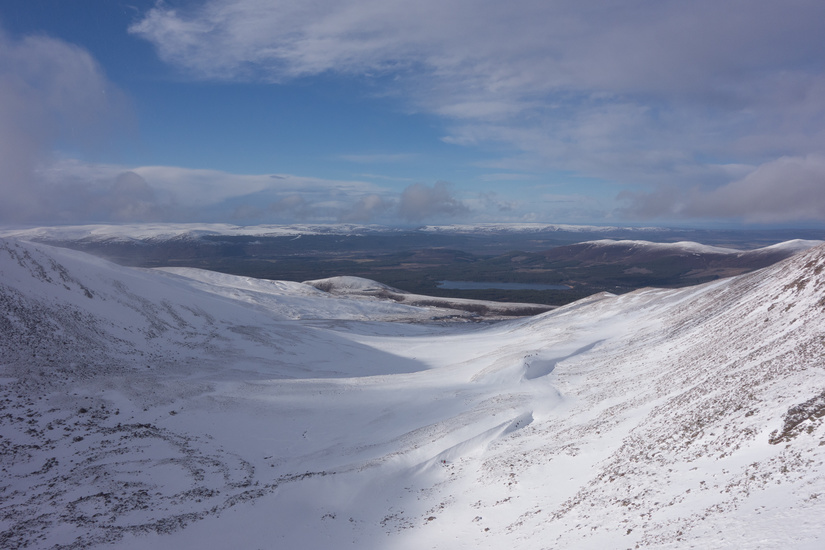 Great views from the belay

The route finding on the second pitch was challenging as at the end of the ramp there are a number of corners to follow, I am fairly sure I ended up in the correct corner. But (in my opinion) there is no way that it is III climbing, but it was great fun and I really enjoyed it. As I was belaying the sun came out and even the route caught some of the sun, but unfortunately not the belay! 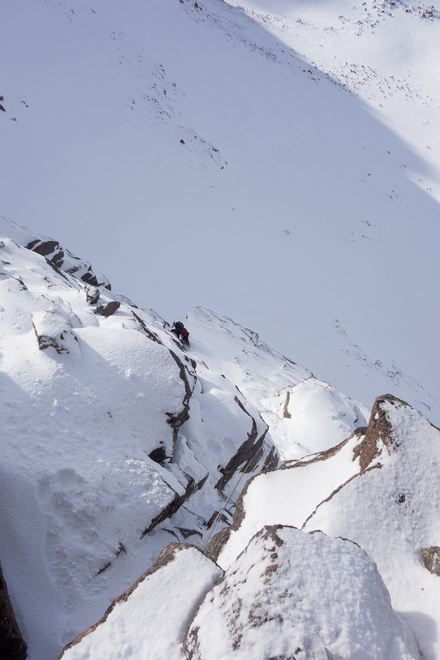 Sun on a winter climb! 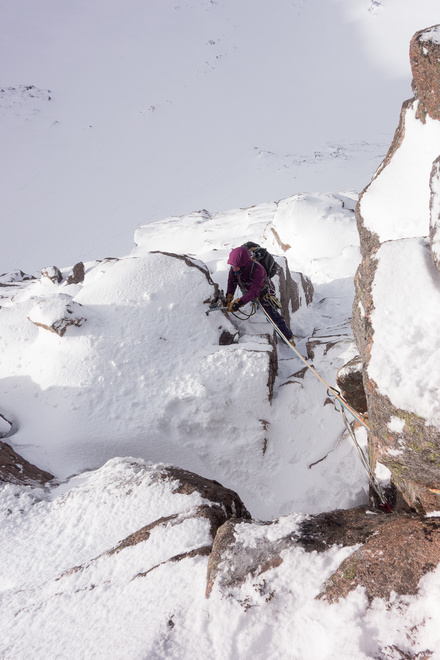 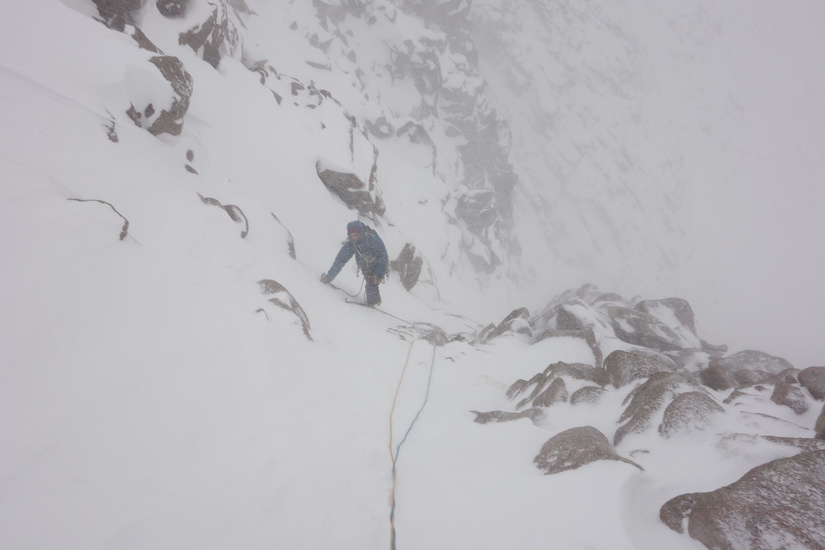 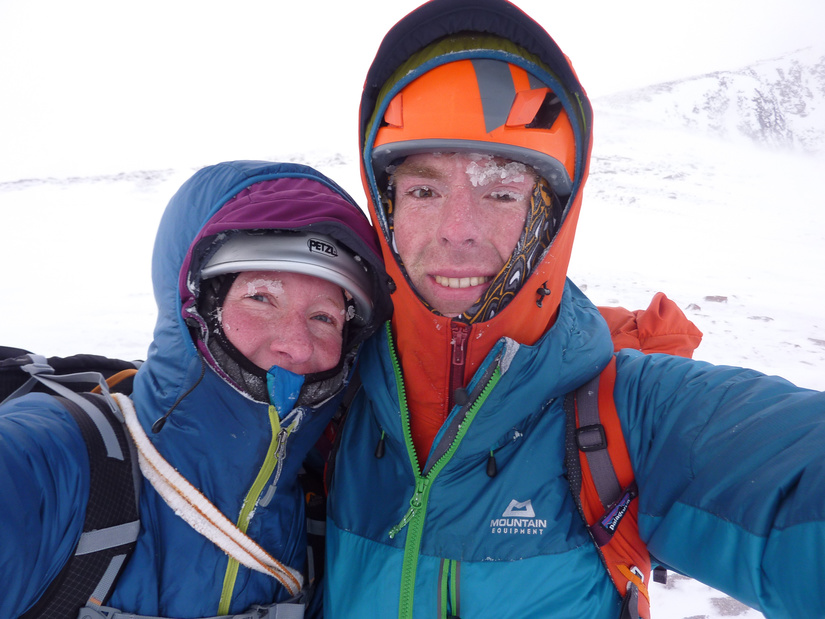 Thankfully just as we finished packing the ropes up the conditions cleared up a bit again, and the snow stopped falling from the sky which just left the wind and spindrift to deal with. This meant that the descent was easy as we could see where we were going and we were soon descending towards the ski centre after a brilliant day out climbing.

The Haston Line is an un-starred route in the cicerone guide, and a 1* route in the SMC selected guide, both give it III, 4. It was a brilliant line with good climbing on all three pitches, and for the first two pitches the climbing was reasonably sustained. I really enjoyed the route and would rate it as a 2* IV, 4/5 in the conditions we found today.