After a long day yesterday and two sleepless nights the thought of an early start in order to catch the first lift of the day wasn’t all that appealing. However, due to only having a brief weather window in the morning before a few stormy days we decided to get up early and head up the Petite Verte.

We chose this route due to it being a short day (under 300m ascent!) which would enable us to get high and continue acclimatising before the weather came in. When we arrived at the lift station it became clear that a large number of other people had (unsurprisingly) had the same idea.

The weather in the morning was fantastic and upon leaving the lift station we were greeted by fantastic views of the Aiguille d’Argentiere on one side and views towards Mont Blanc on the other side. 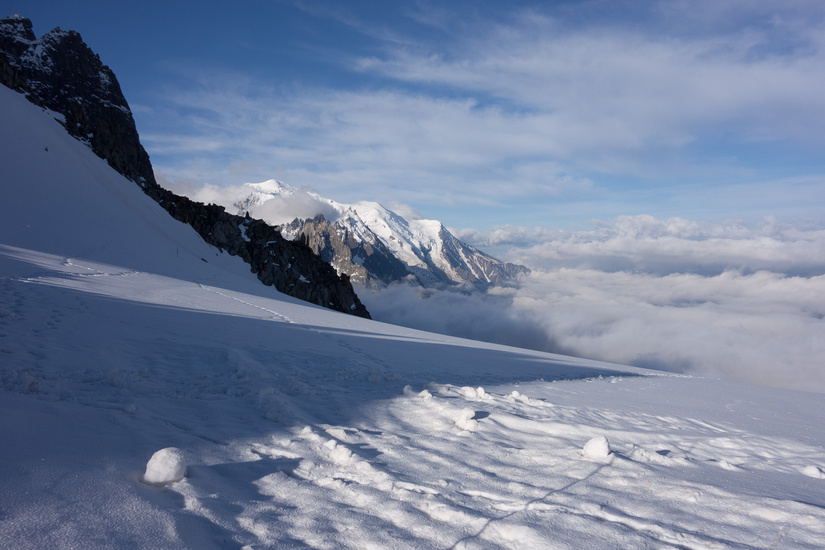 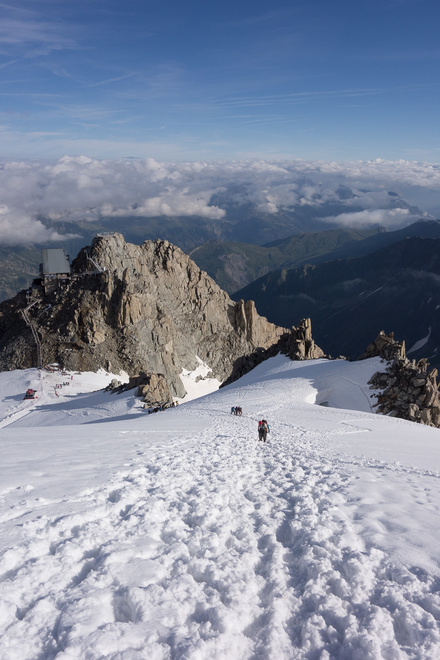 Heading up the glacier 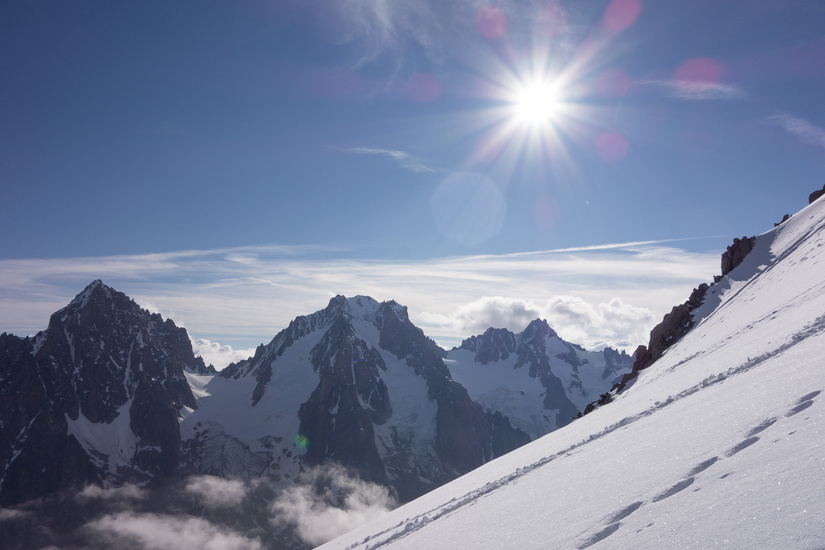 Sun behind the Aiguille d’Argentiere 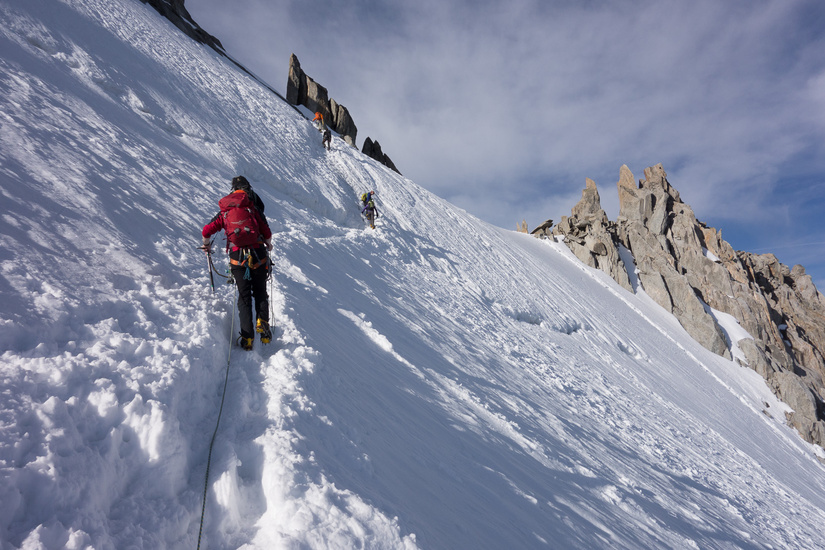 Traversing to the start of the ridge

Thankfully we managed to leave the lift station quickly and were in the initial group of teams heading for the ridge, due to the air temperature being cool the snow was frozen and we were able to make quick progress up to the start of the rocky ridge. As we were early on the ridge we didn’t need to fight with any french guides on the way up, and the guided party who were climbing at about the same pace as us were very friendly.

The climbing was fun and exposed, with lots of options during parts of the ascent which meant queueing was kept to a minimum and all too quickly we were at the summit after a very enjoyable route. 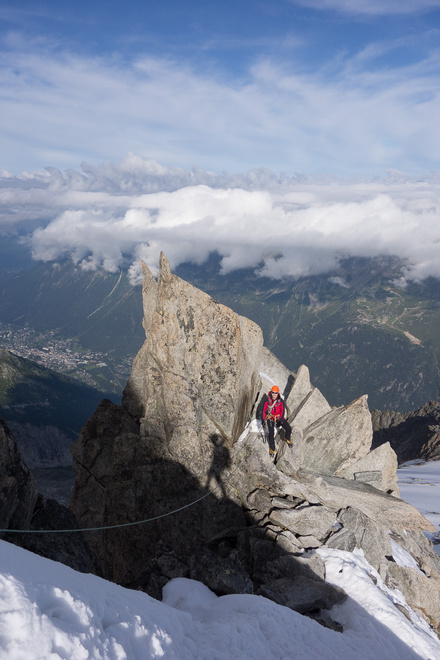 Rich on the ridge 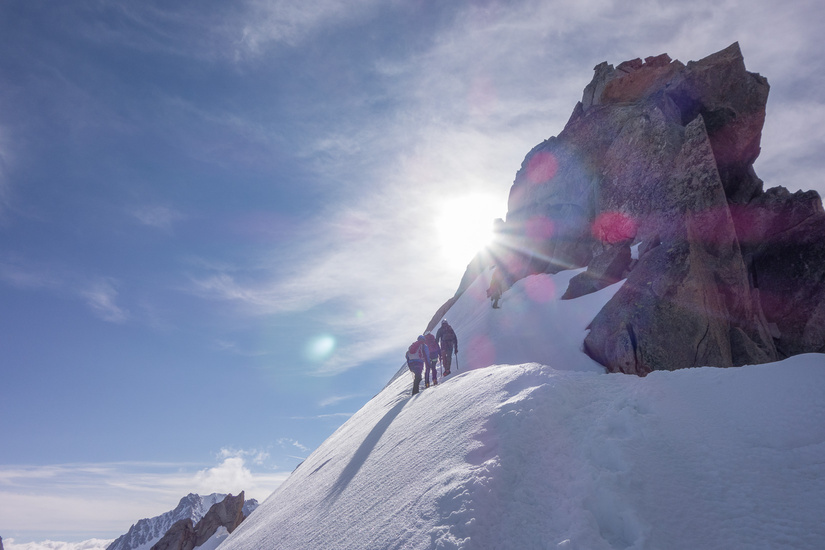 A guided party heading up the Petite Verte 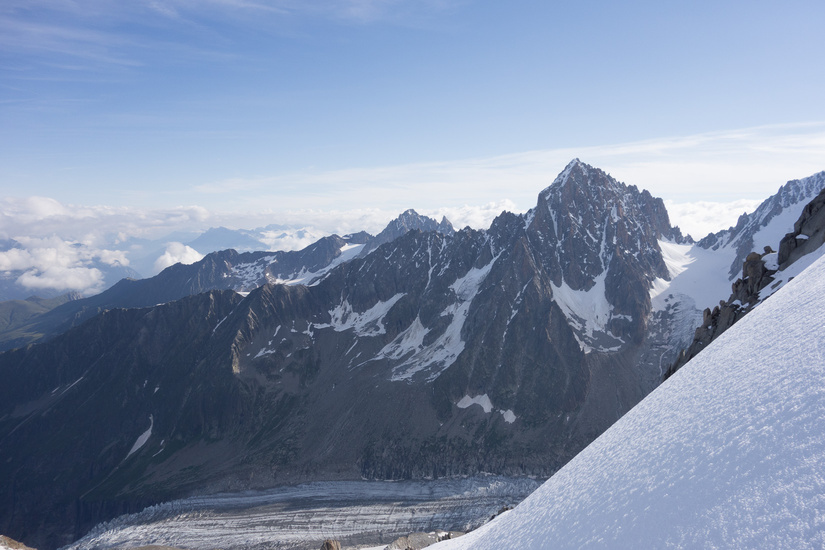 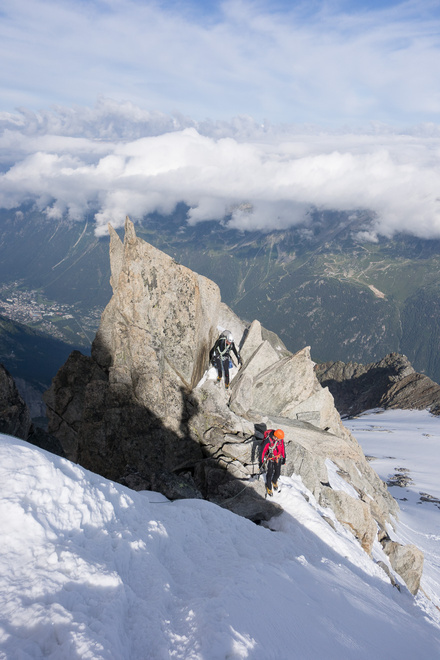 Rich and David on an early rock section 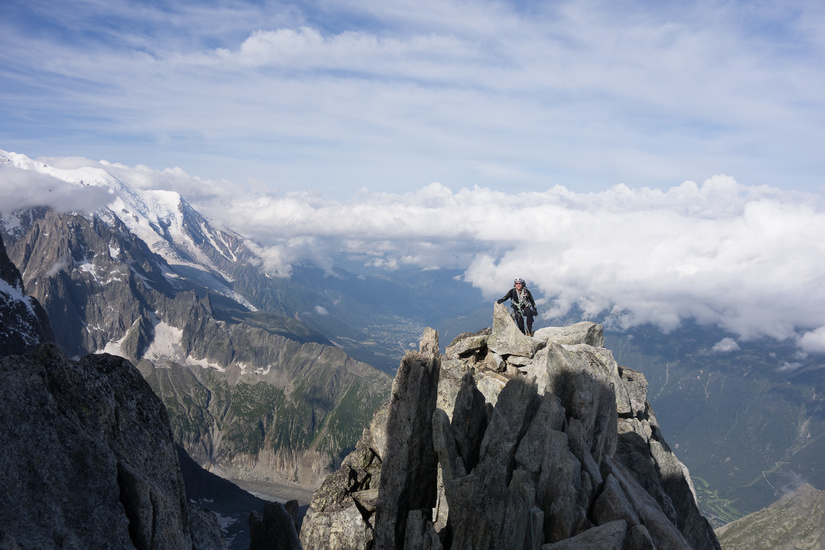 Due to the crowds we could see approaching, combined with the weather which looked like it was beginning to close in we decided to make a hasty retreat.

On the descent there were a number of bottlenecks as descending and ascending parties met, although surprisingly it was still a nice place to be, with no guides demanding their way through which allowed each party to go in turn.

Due to the ascending climbers we decided to head directly down the steep North West face using ice axe belays, rather than face more ascending parties. This turned out to be a fun and very quick descent on mostly good snow and a not too difficult bergschrund. As we descended the cloud properly came in and it felt more like we were sat on a Scottish belay on the way down, rather than on an alpine peak.

We soon arrived back at the lift station where we enjoyed a beer and some lunch at the top station in order to continue acclimatising, before we headed back down to the campsite. 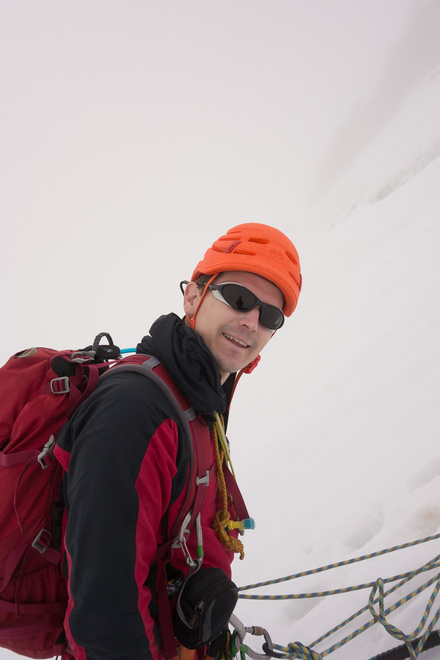 On a belay while descending the North West Face 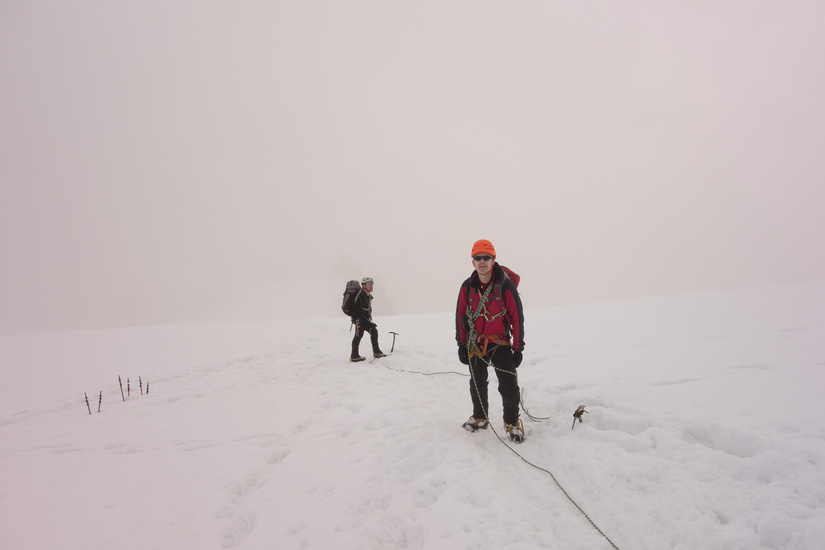 One Response to “Petite Verte”