After driving through the night to get to Chamonix, we arrived early in the morning to be greeted by heavy rain. Due to the forecast saying that the weather would improve as the evening approached, we headed off on our pre planned acclimatisation route.

Our plan was to head up the valley from Le Buet to a few hundred meters above the Refuge de la Pierre a Berard where we were going to wild camp before heading up to Le Buet the following day before descending via Le Cheval Blanc and the Col de la Terrasse.

The weather had started to look bright so we headed up the valley, but unfortunately the rain hadn’t finished and we got hit by another heavy shower on the way up. Eventually we reached an excellent bivi spot with flat ground, plenty of access to water and a stunning view. It started raining very heavily just before we headed to bed, and I learnt the hard way that getting into a bivi bag in the rain without getting everything wet is a tad awkward, but I was very pleased to end up in a dry sleeping bag. Unfortunately this happiness was short lived as at the start of the night I broke my Thermarest Neoair which meant I had a very uncomfortable and cold night sleeping on the floor, however despite I was still able to appreciate the fantastic view of the clear starlit sky. 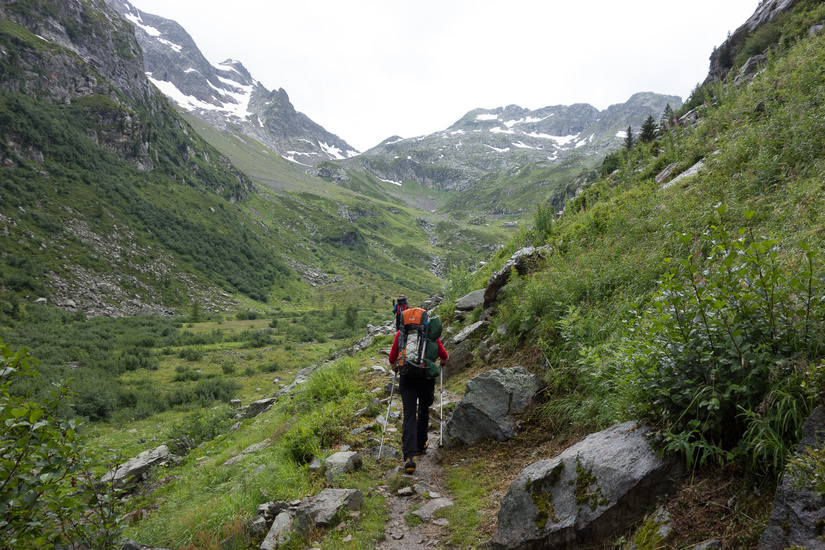 Lovely walk in on the first day 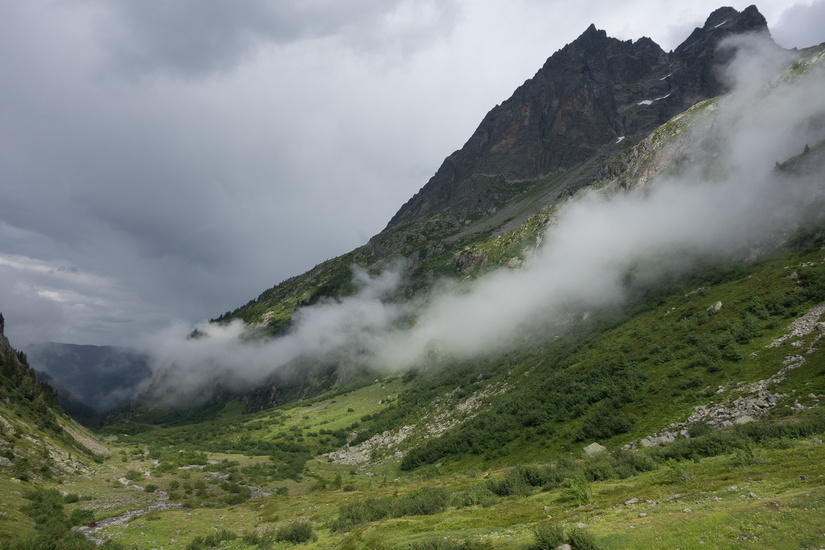 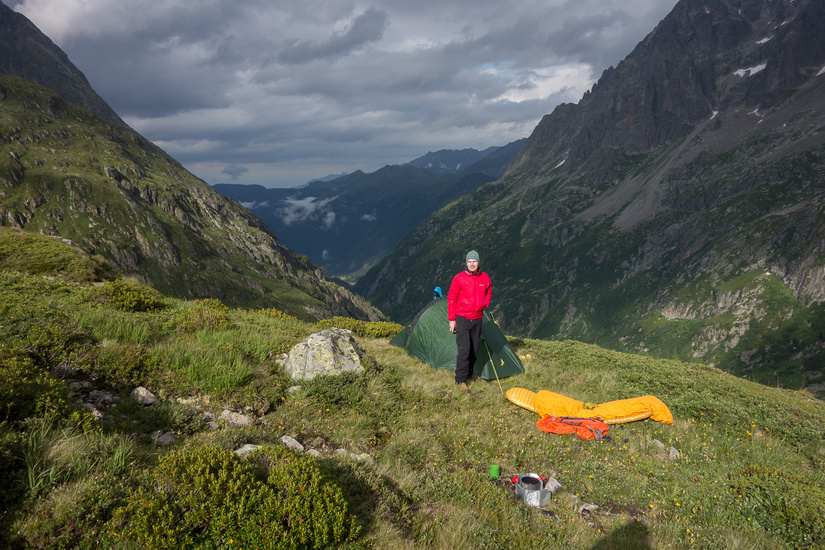 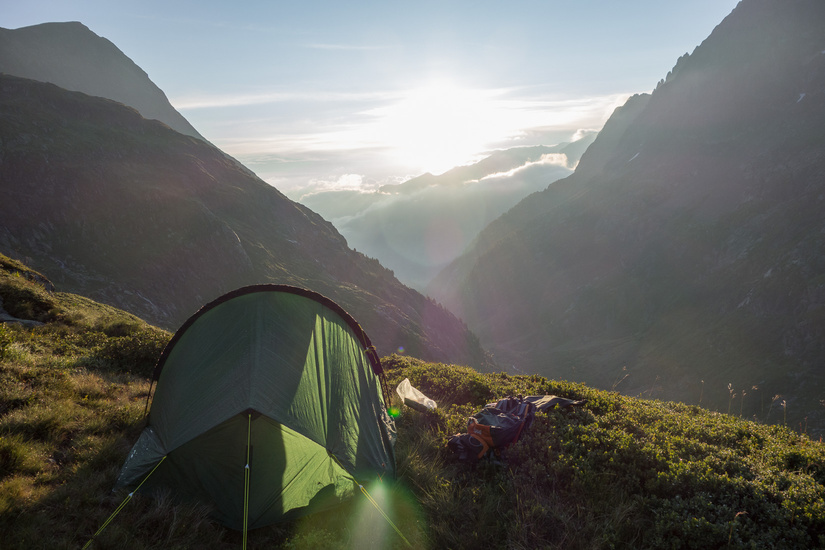 Eventually morning arrived and we headed up towards Le Buet, there was lots of low cloud around in the morning which was a bit of a shame, but at least it meant the ascent was a bit cooler. As we approached the final summit ridge we broke through the clouds to be greeted by a stunning inversion of the Chamonix mountains. When we got to the summit the views just got better and better, from the summit we could see the Valais alp poking their summits out of the cloud as well as the view of the stunning Chamonix mountains. 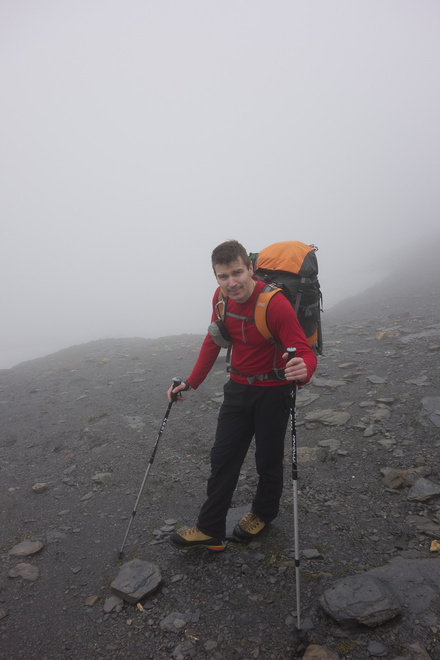 Starting to get good! 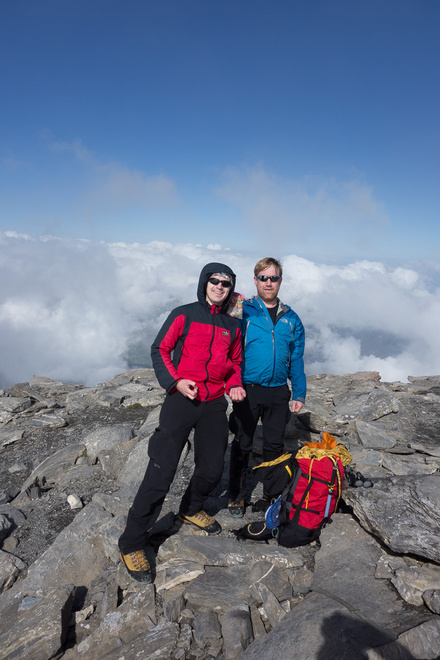 Nearly at the summit 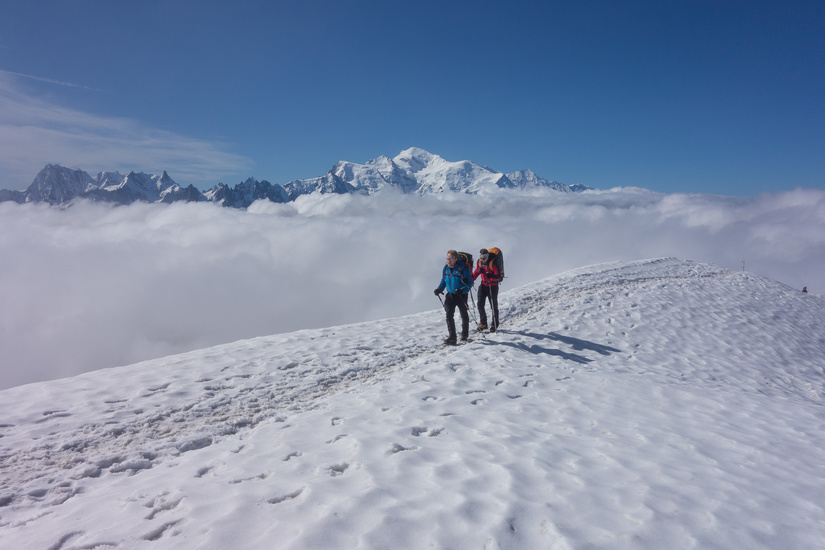 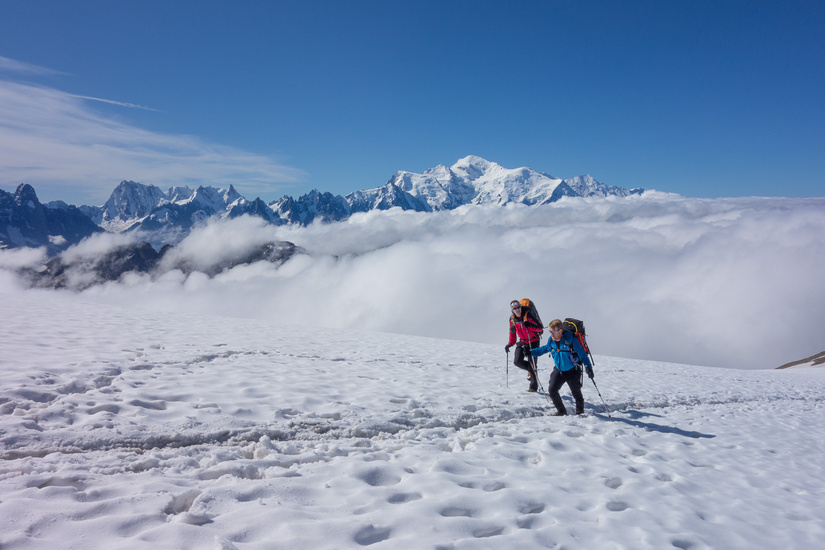 Stunning views of the Chamonix mountains 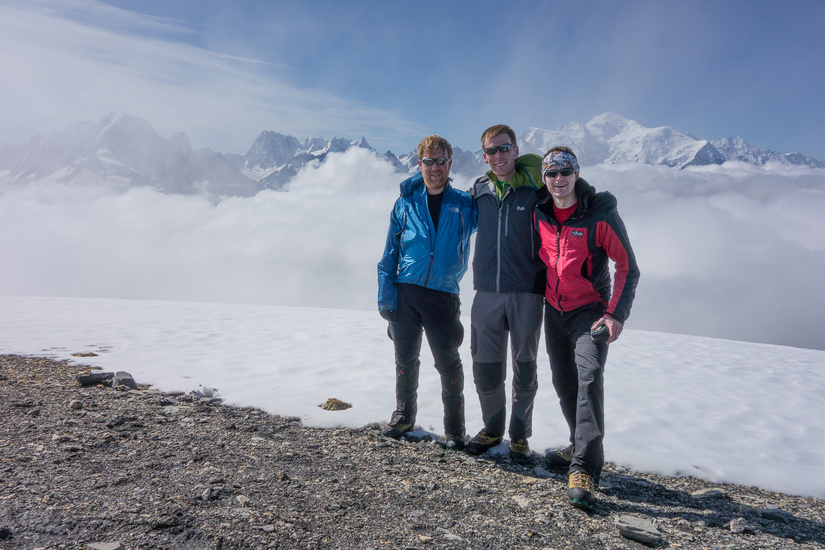 From the summit we headed down, back into the clouds for the traverse over to Le Cheval Blanc. Unfortunately the low clouds did not lift as forecast, which meant that we remained in the clouds for the majority of the day. Eventually we made to the final summit and began the long descent back to the car. Due to ascent back up to the Col de la Terrasse the final descent was around 2000m.

It turned into a very long day as the route took us about 10 hours, combined with backpacking rucksacks this meant we were all a tad tired when we got back to the car, but happy to have had a very good first few days. 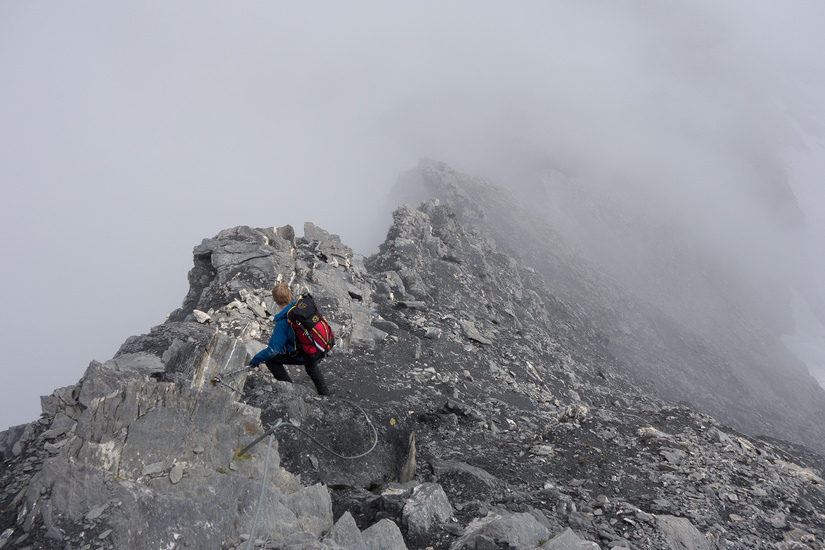 Back into the mist on the descent 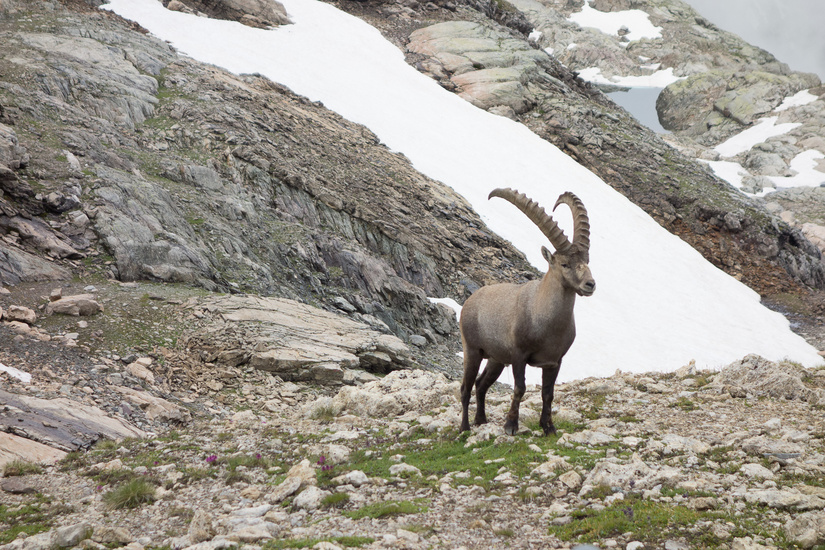 One Response to “Le Buet Traverse”