Another day trip to Pembroke

This weekend has probably been one of the most successful weekend of climbing I have had so far. Over the weekend I climbed my first two E2s On-Sight and accumulated 10 “E points” of which 7 I gained cleanly on lead.

On Saturday I headed over to Pembroke with Nick in order to make the most of good tides and the sun. We managed to tick off three super classic routes and I finished some unfinished business from two years ago. I started the day by leading an E1 called Manzoku, which I had a bit of a bad time on two years ago and I didn’t finish the route. My memory of the route was that it involved really technical climbing and was very pumpy, however on Saturday I cruised the route and found the climbing interesting but never too difficult and certainly not really pumpy, it’s amazing how a route can change over two years! It was great to be able to really enjoy a super classic E1 of Pembroke and at the same time close some unfinished business which has been bugging me for a while.

After this we headed over to Rusty Walls, so that I could lead the classic Lucky Strike. The route follows a line of weakness diagonally across the wall, above a large overhang which means that you end up in a super exposed position which is exhilarating. I was really pleased to get to the top in good style as it meant that it was my first onsight E2, and what a route to do this on!

We were considering heading down into Huntsman’s Leap, but after some advice from some locals we met we decided that it would probably a bit too damp to climb on the east wall so headed back to Stennis Head. Here Nick lead another Pembroke classic, Pleasure Dome, an E3 traverse line across the crag. Needless to say I was a bit nervous at this prospect as a traverse is pretty serious for the second as well, but with the promise that Nick would protect the route for me we decided to go for it. Nick made quick work of the initial section and as soon at the traverse, which he laced with gear for me (thanks!) and was soon past the committing move and technical crux. He then got a bit stuck at a “rest” and couldn’t work out where to go, after lots of attempts and a heroic will not to rest on the gear he managed to unlock the sequence and was at the top. It was then my turn to climb and I started the route and was quickly at the start of the traverse, which I actually really enjoyed! It was sustained technical climbing, but never too hard or too pumpy. Unfortunately I slipped off while attempting to get a wire which was stuck before Nick got there out which was really frustrating, and meant that I had to prussik to get back up to the route. I was soon at the crux, where I was glad that I had a rope above me and made it into the rest where Nick spent a while figuring out where to go. Due to Nick’s multiple attempts there was chalk everywhere, and in my haste I didn’t read the route as well as I should have so I committed to the wrong sequence and fell off which was annoying. But on my second attempt I managed to get the sequence correct and was soon at the top of the climb.

After this we decided to head home after a brilliant days climbing as we were both tired, achy and we both had another days climbing planned on Sunday.

On Sunday I headed out to a local favourite with Tom, who I haven’t climbed with before. I had another great day of climbing and managed to tick off another E2 and an E1 in good style and repeated a hard E1 cleanly which I dogged my way up two years ago when I first attempted it. I felt a bit bad as after the first E2 Tom was a bit psyched out so didn’t end up leading anything, but I think he had a good day out getting some mileage on harder routes.

Both of the E2s I climbed this weekend were soft touches at the grade, so hopefully I will manage to tick a solid-at-the-grade E2 in the coming weeks while I am still feeling strong before I head out to the Alps at the end of July. 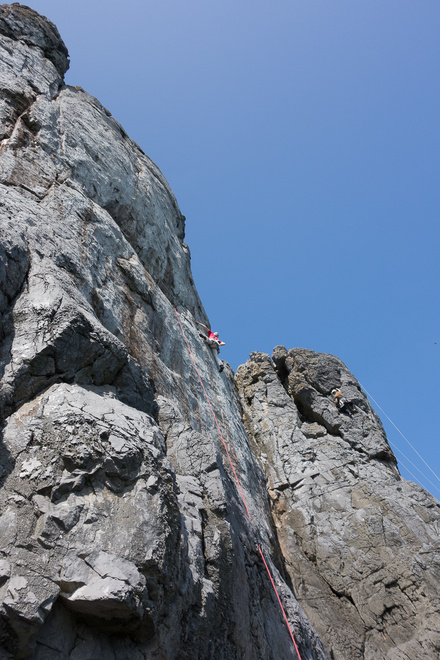 Nick making quick work of the traverse on Pleasure Dome 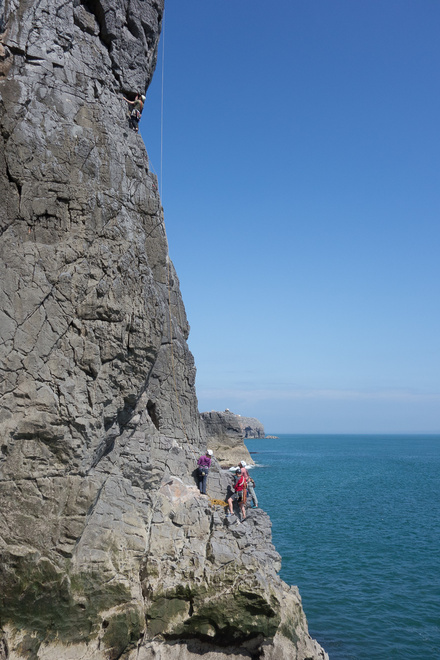 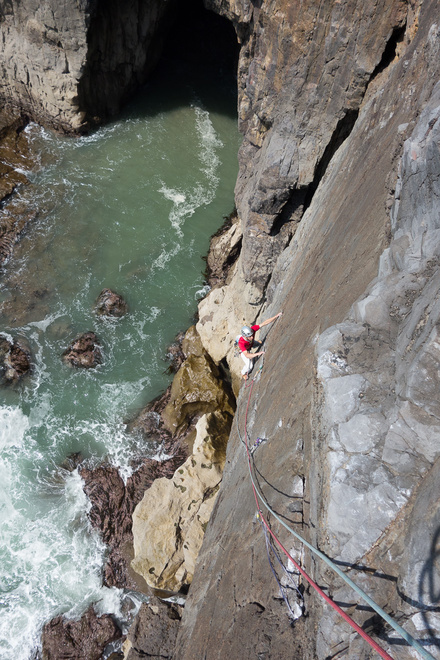 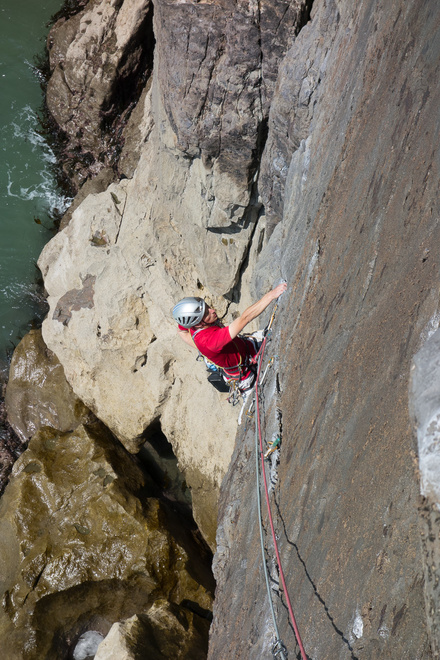 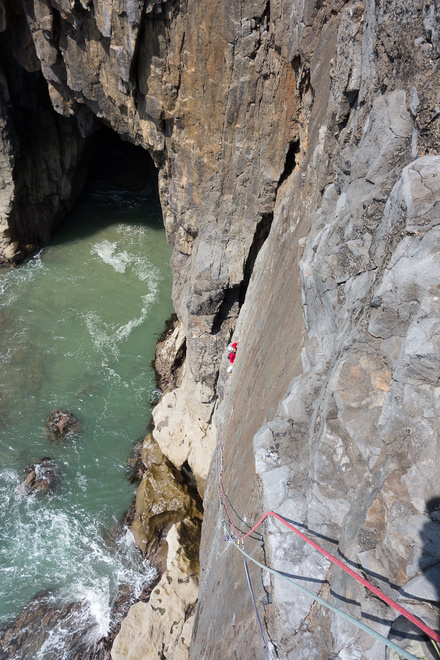 Nick at the start of Lucky Strike