After a very successful trip to Pembroke last weekend, and some great mid week cragging it was time for a four day weekend for easter. Last year I spent easter doing a winter traverse of the Cuillin Ridge, this year I spent it climbing sea cliffs in the sun. I was supposed to be heading down to Cornwall, however due to lacking a climbing partner for Cornwall I decided to head to Pembroke with my Mum for two days, before having two family days.

On the first morning we decided to head to range west which meant we had to head to the Castlemartin camp to attend a briefing, due to the live firing which occurs on this range. We decided to walk to the Fortress, which is about as far from a car park as you can get in Pembroke, being a 70 min walk according to the guide book!

Thanks to the great new guide books, we found the crag easily enough and enjoyed a fantastic day climbing on remote sea cliffs hardly seeing another person. The rock in this part of Pembroke is completely different to the rock over in Range East and the formations on the walk in looked really odd.

We had a great day climbing, we managed 6 routes in total which consisted of 4E1s, 1 HVS and a HS. However the grades were very variable with one of the E1s being very easy for E1, one being easy for HVS and the other two about right. The HVS felt more like a solid E1 and the HS was more like S. 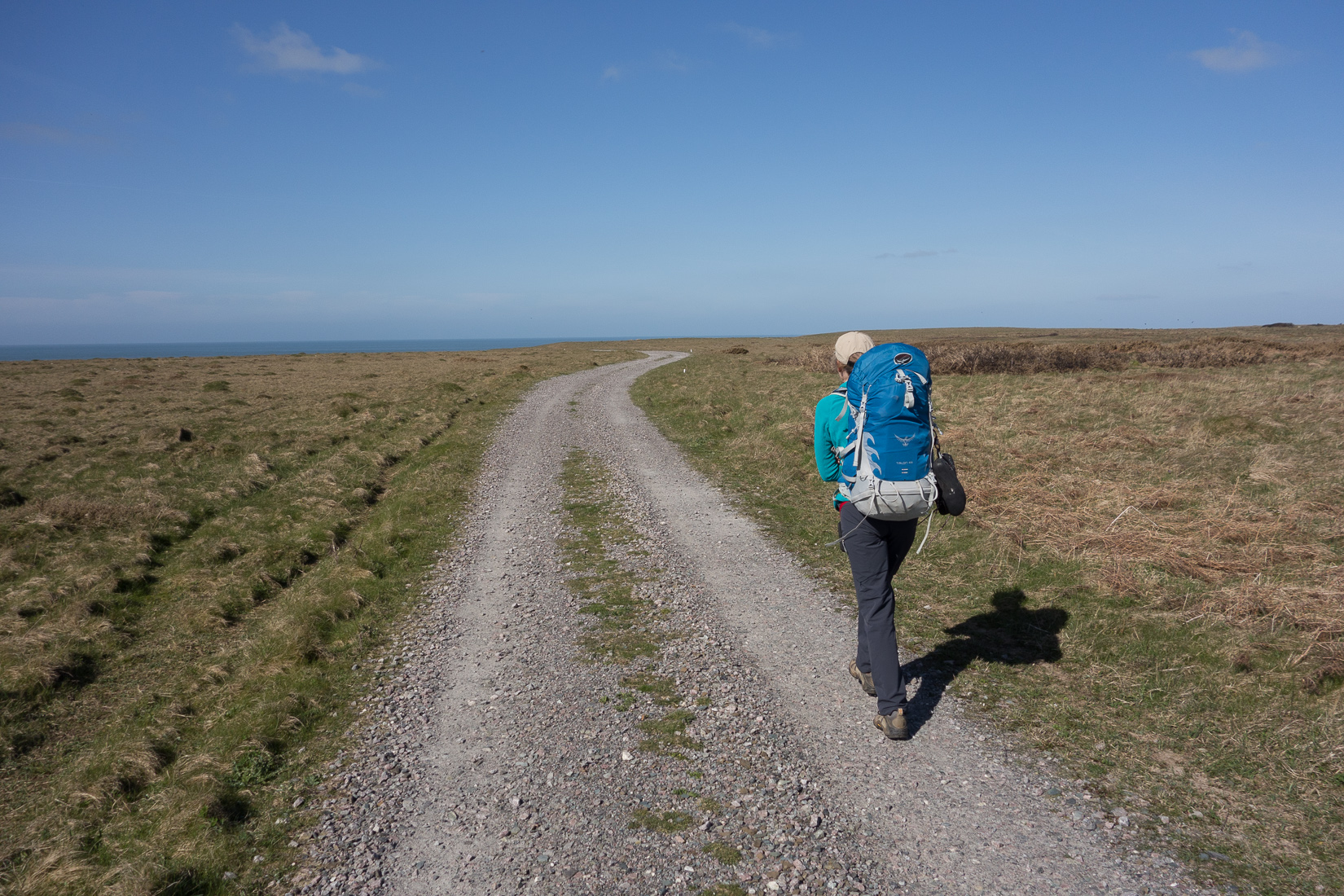 Walking in on the first morning 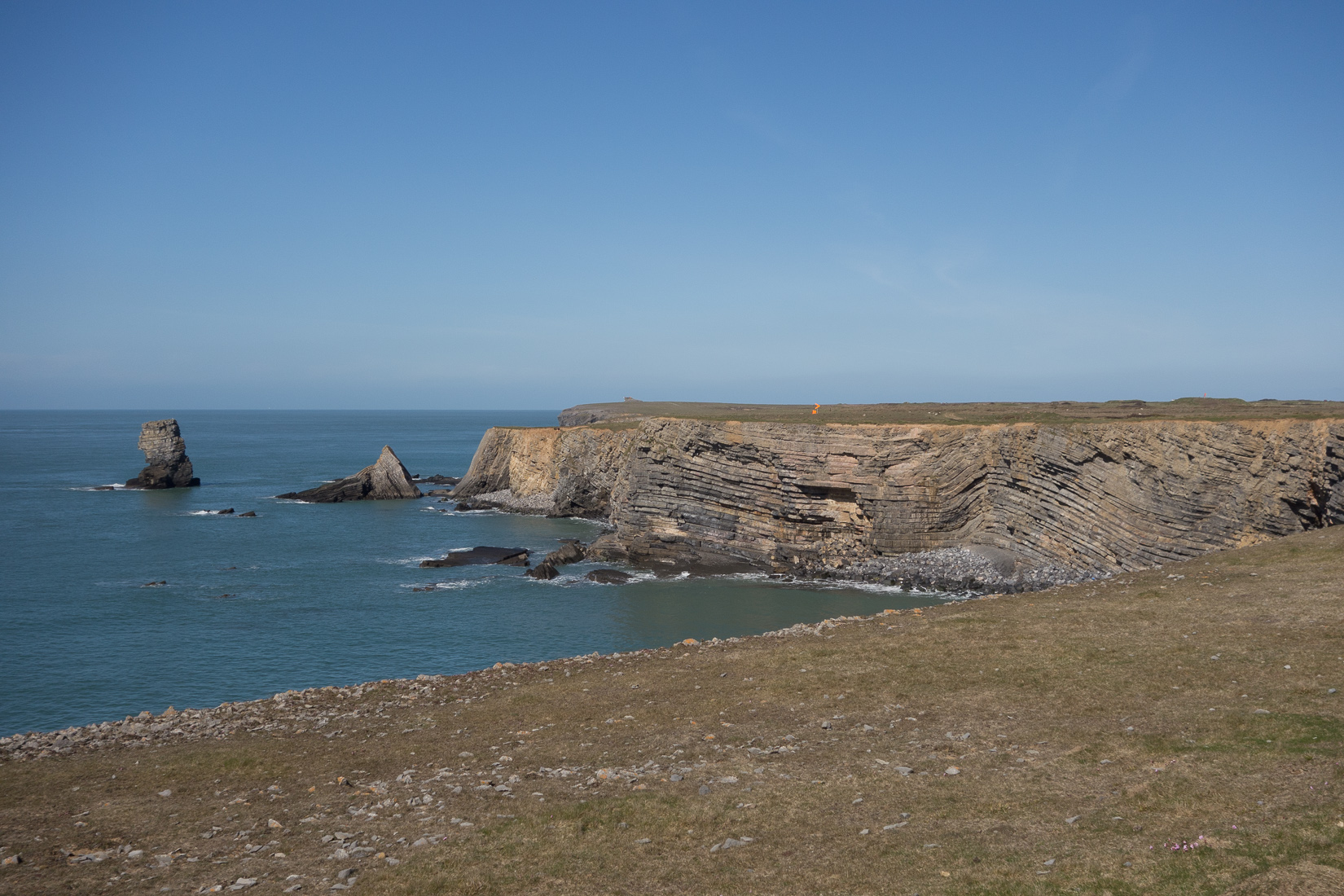 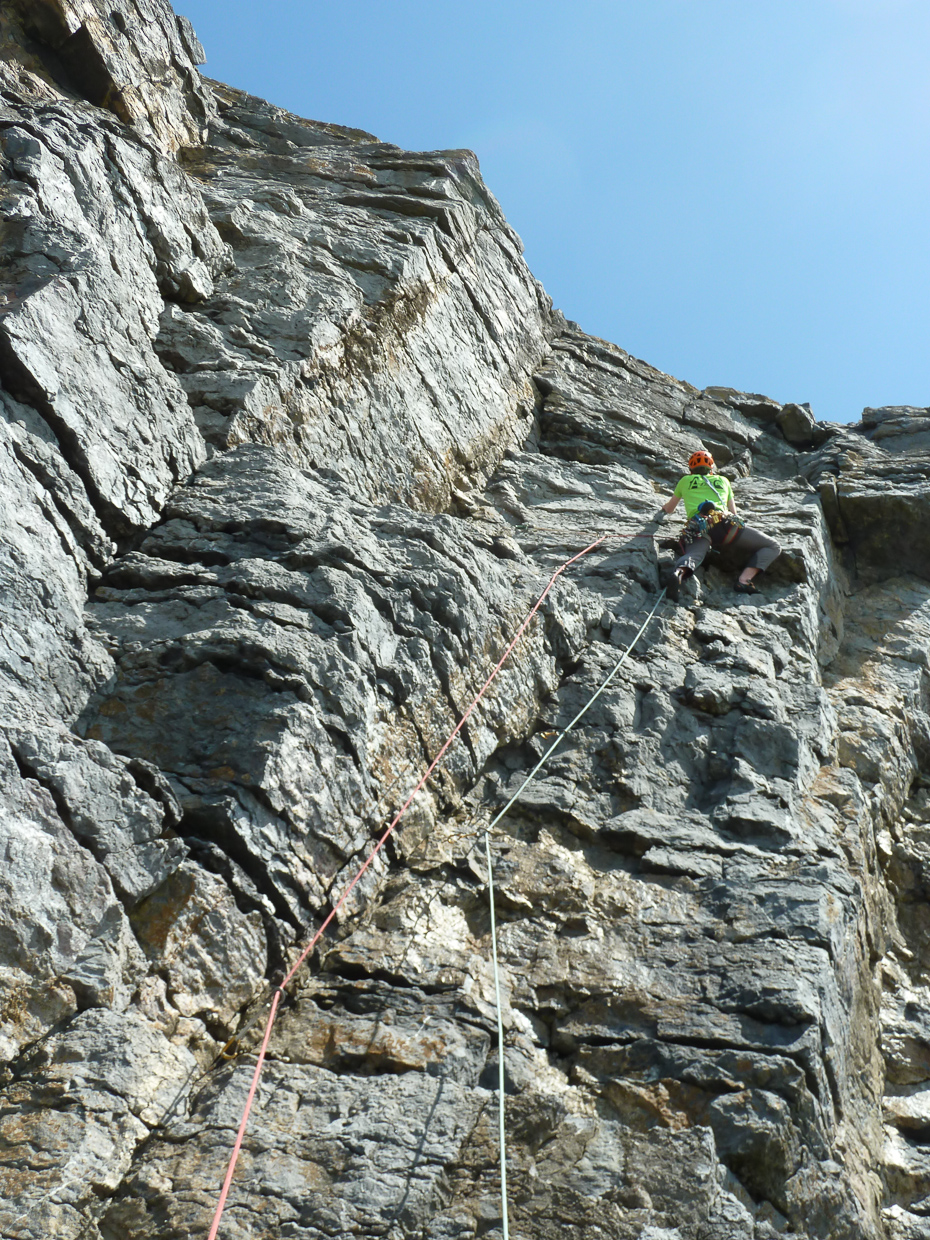 Me on the crux of Full Tilt 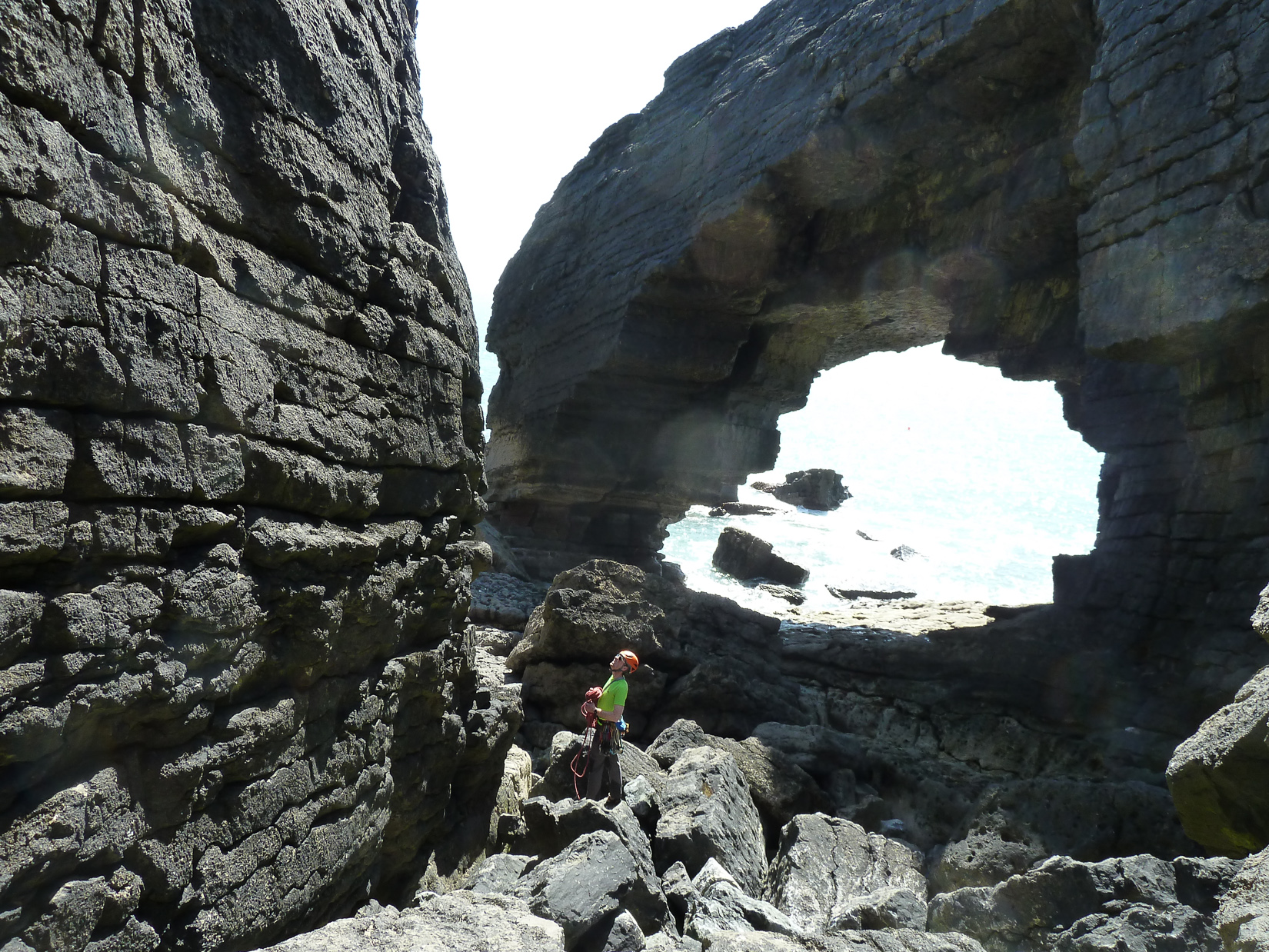 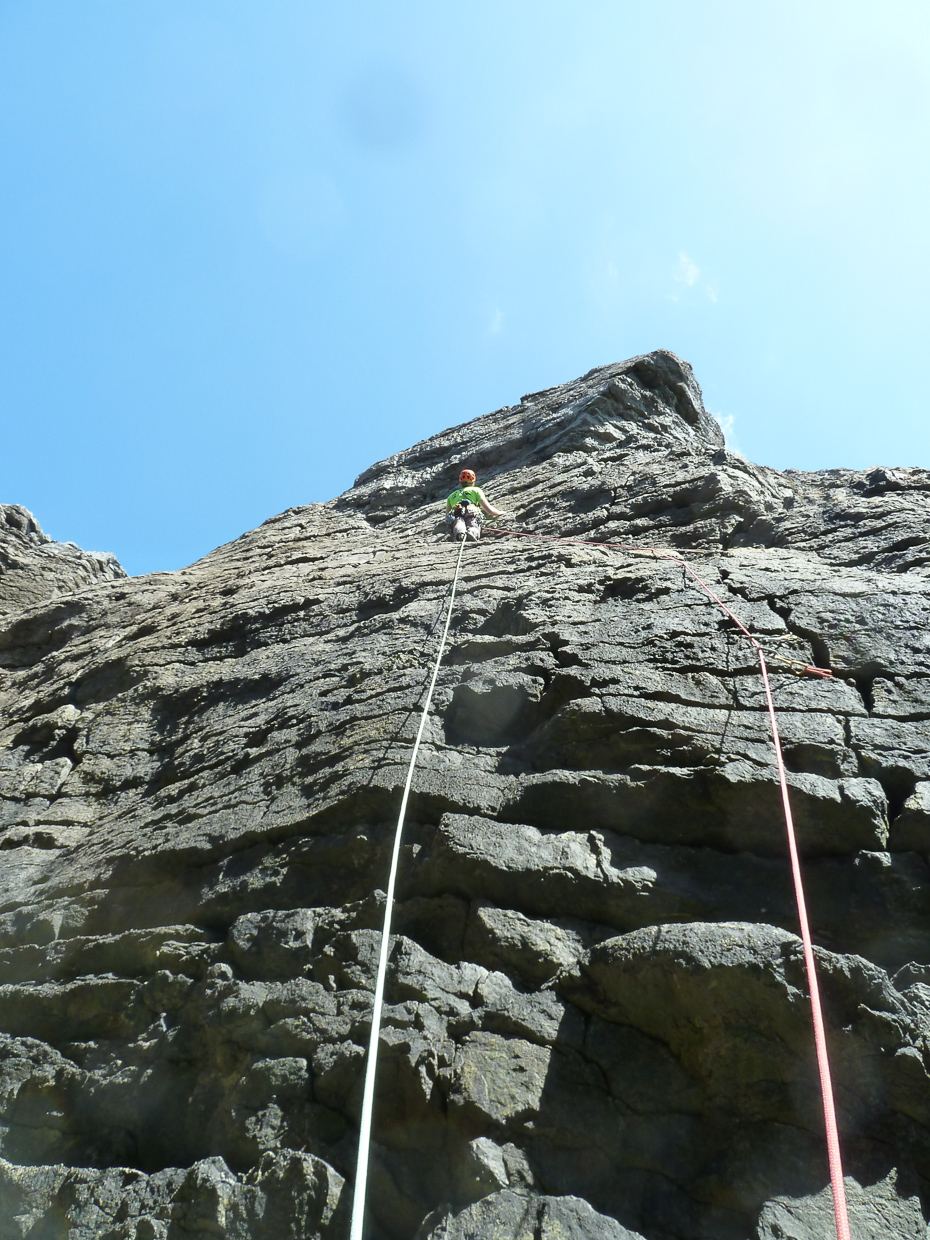 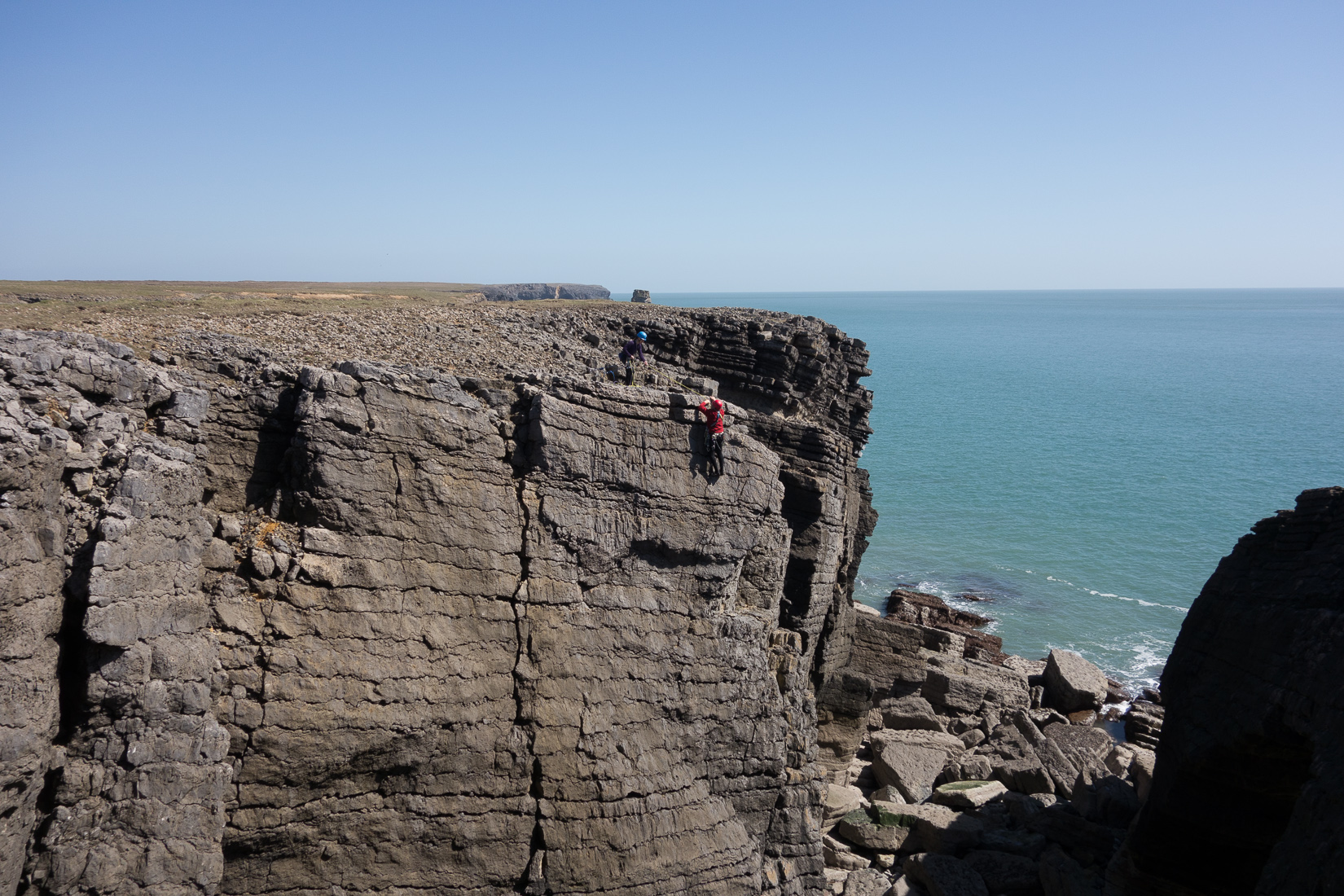 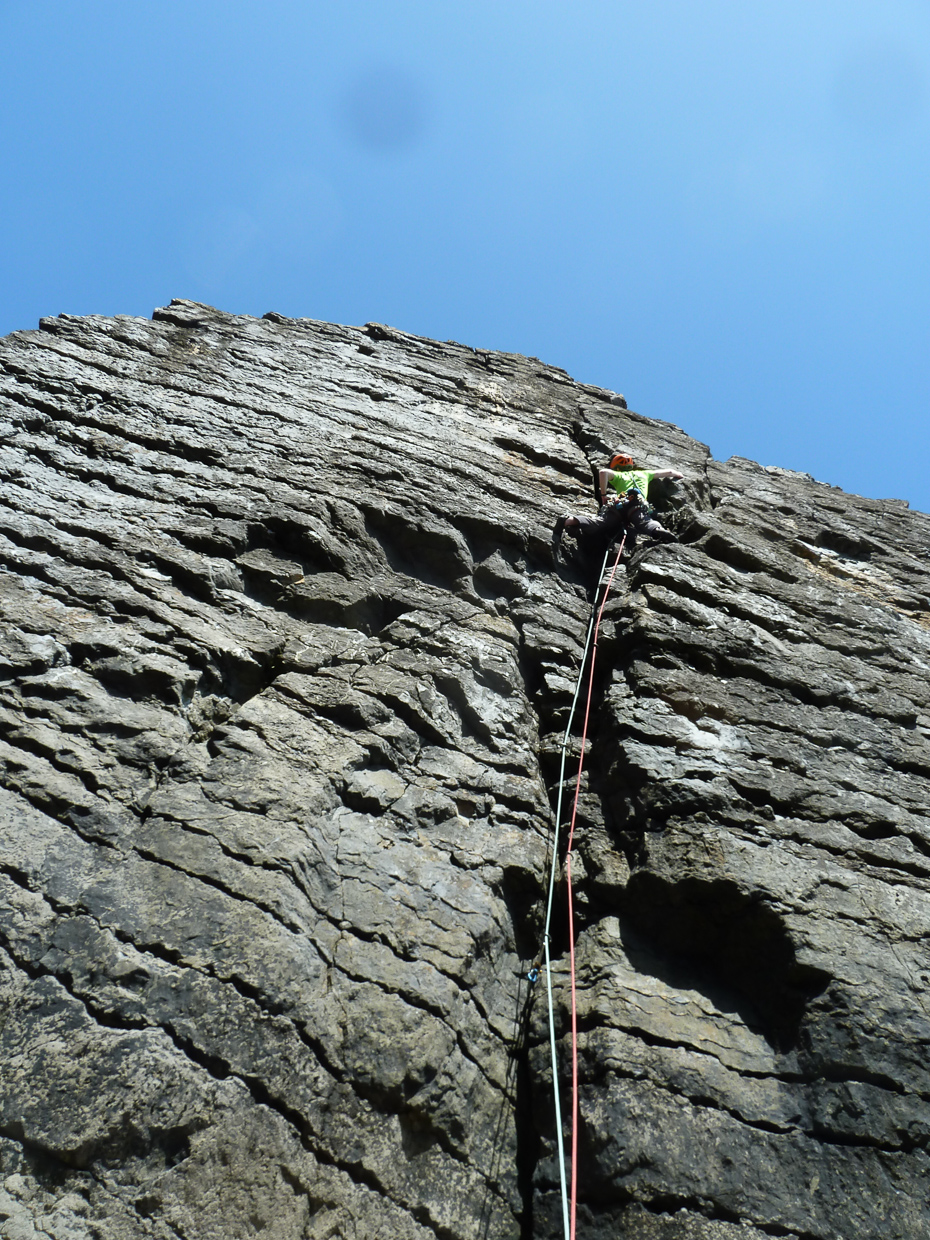 Getting involved on Crack of Dusk In the corner of Stratigraphy 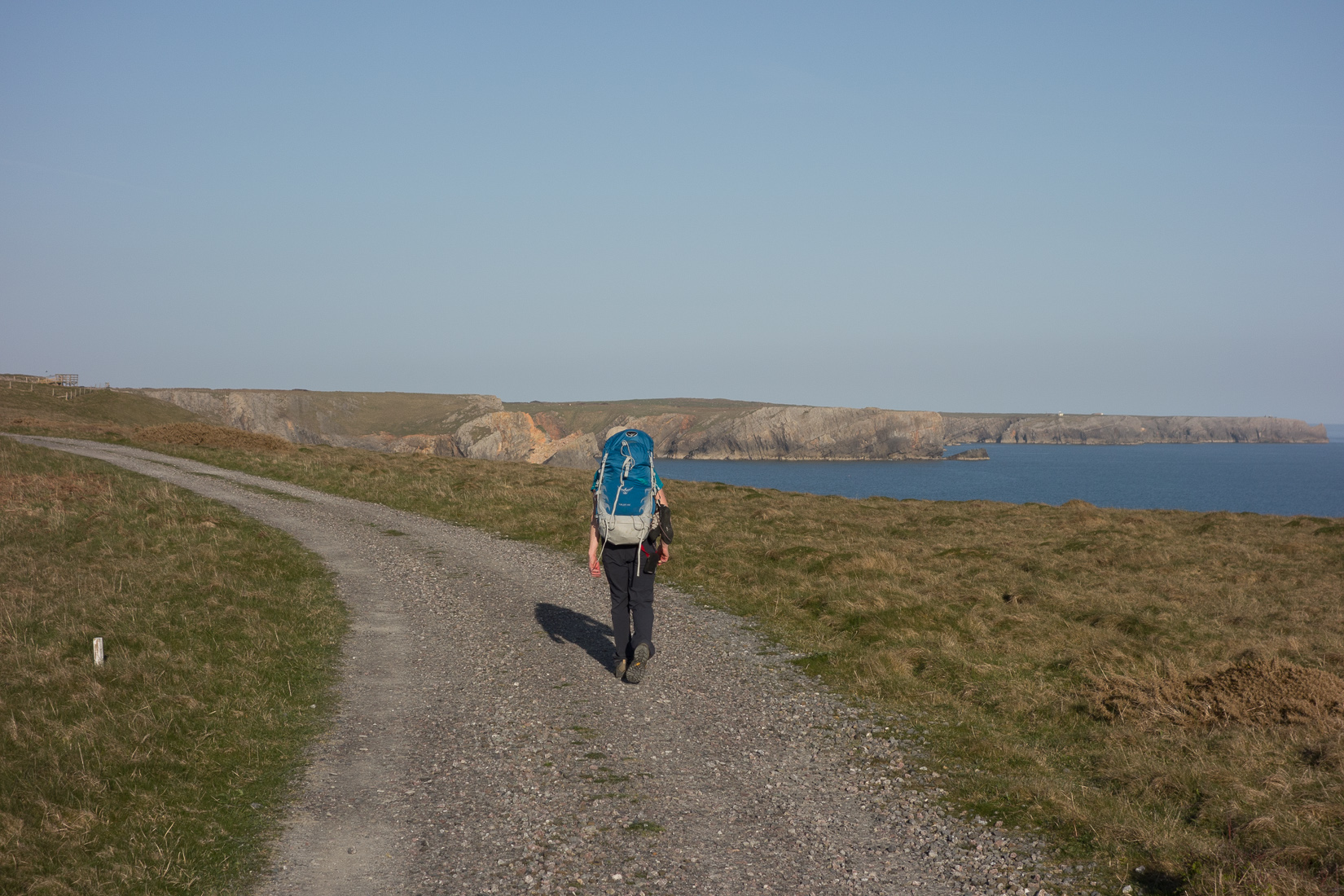 Walking out in the evening sun 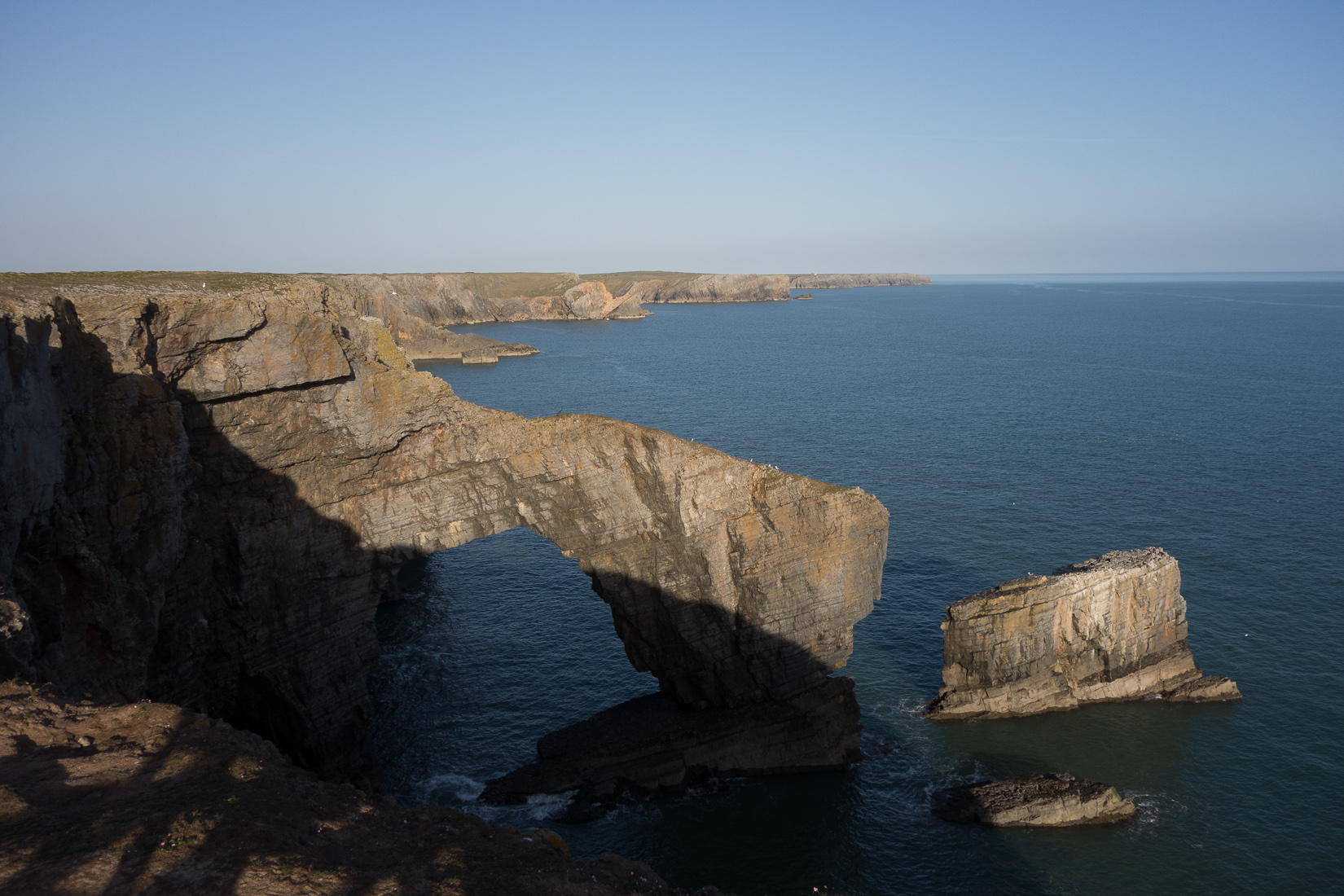 The Green Bridge of Wales

On the second morning we headed back the Range West, this time heading for the close crag of Greenham Common. I started on two E1s, of totally different character, the first was steep crack climbing with excellent gear and was a brilliant route. The second was a very runout slab climb adobe dodgy gear, unfortunately the photo doesn’t show it due to foreshortening! After these climbs we decided to hide from the wind and head over to Range East.

It was very strange going from the quiet and isolated Range West to the hustle and bustle of Range East, however we struggled to find a climb out of the very cold easterly wind, which was not tidal and was also in the sun. In the end I lost my head a bit, and in hindsight we should have headed straight for Huntsman’s Leap, but there is always another day. We ended up at Stennis Head where Mum lead two good unstarred VS routes. 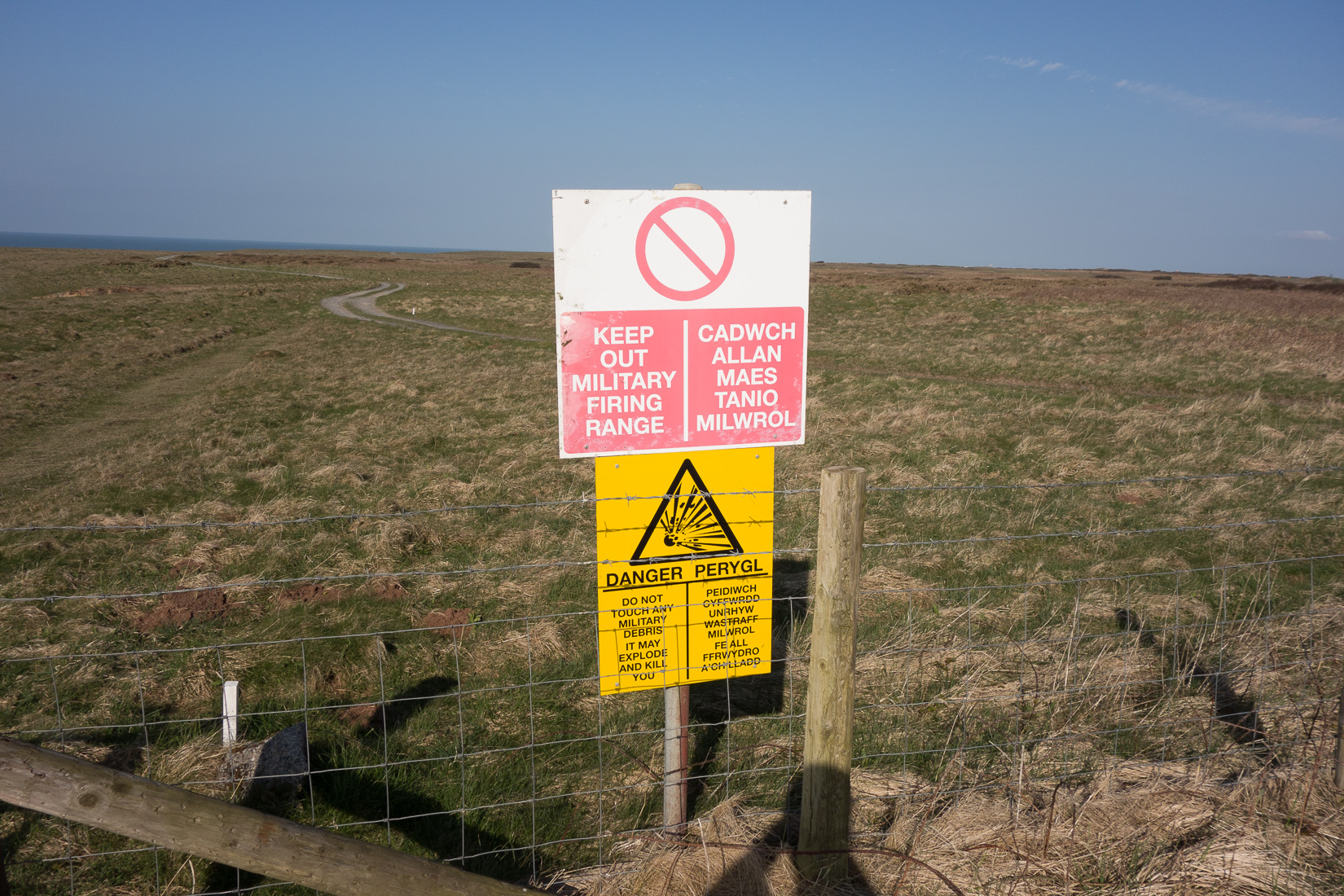 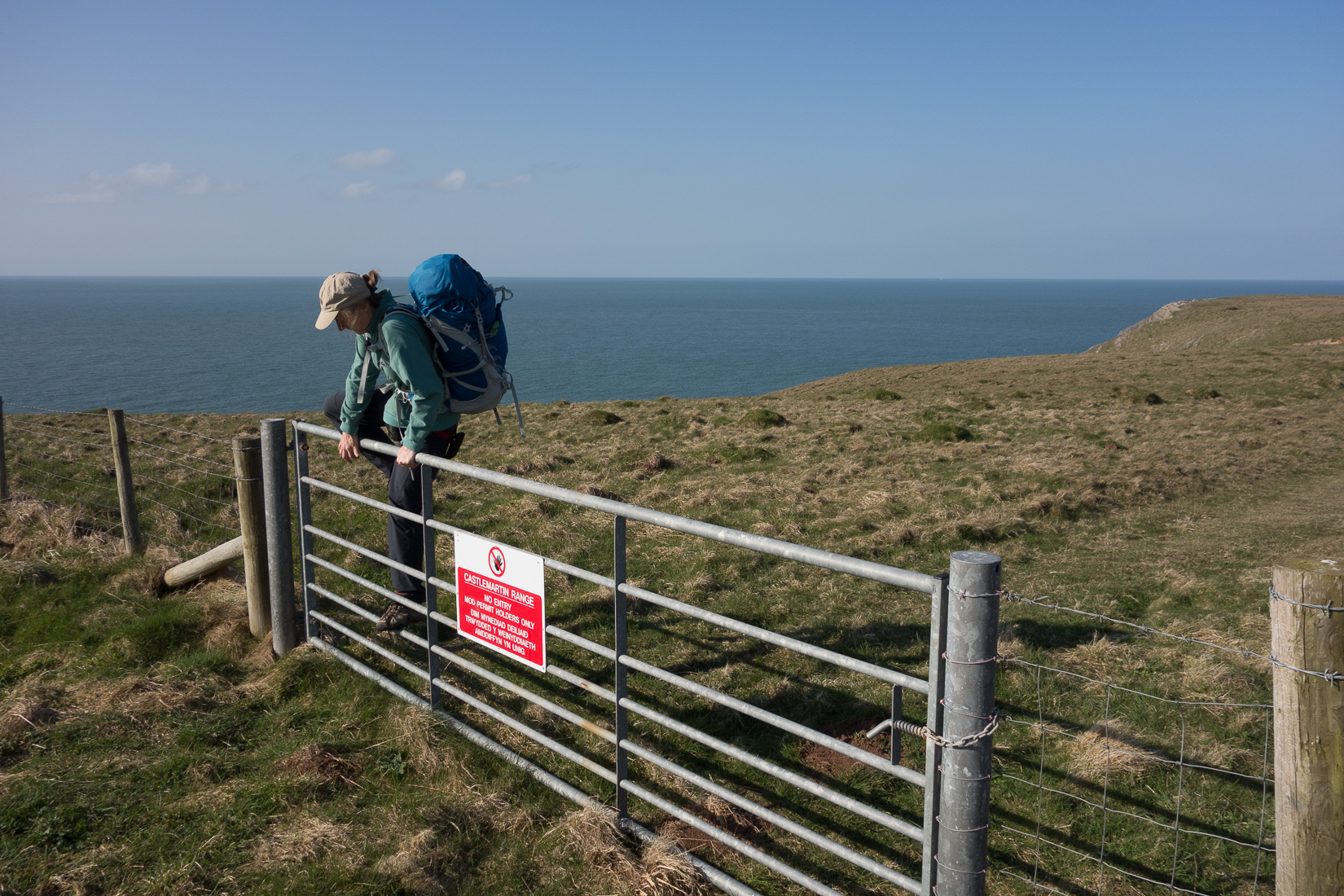 The official way into Range West 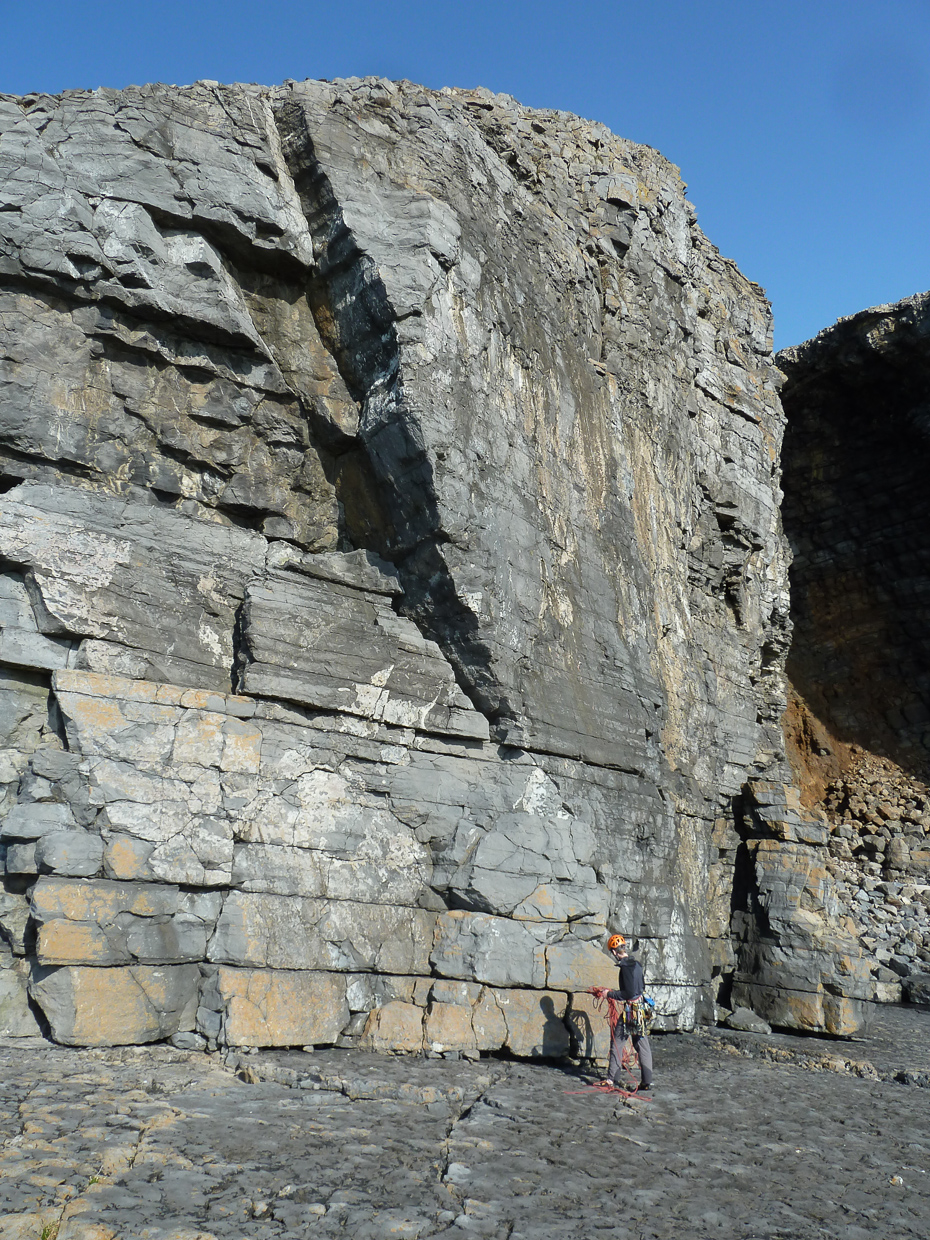 Gearing up at the base of Wilson’s Wobbler 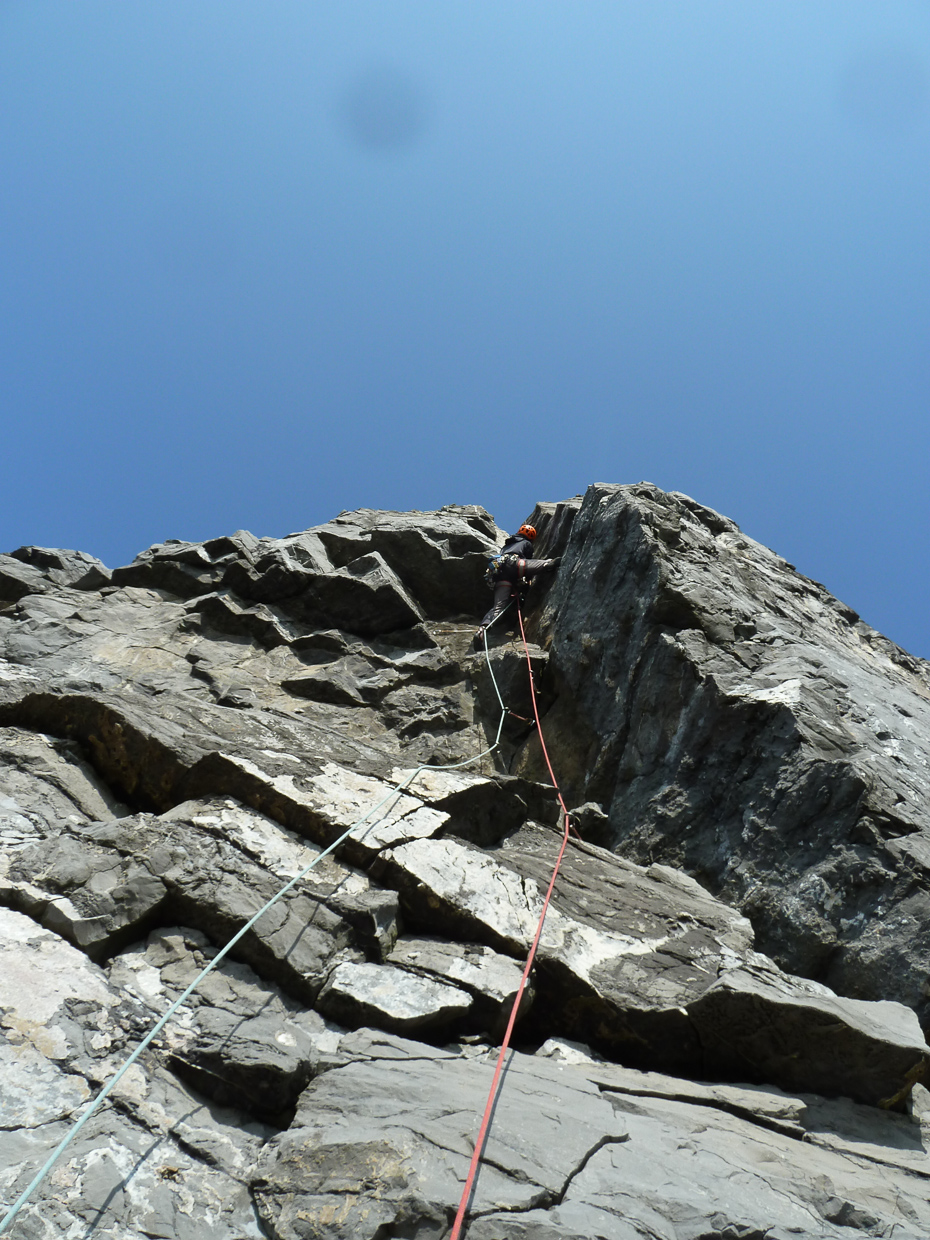 Getting involved on Wilson’s Wobbler 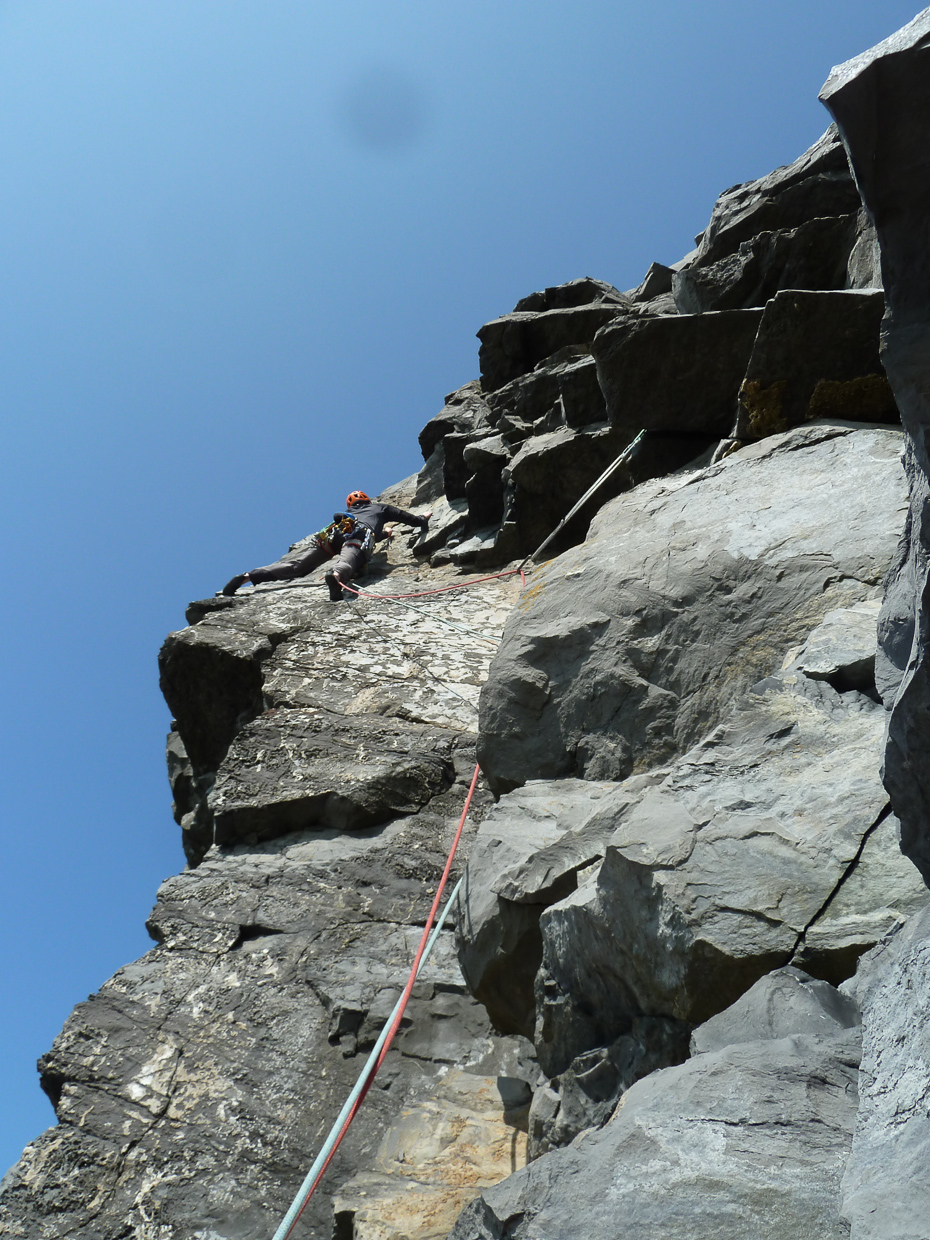 The picture doesn’t show the runout… 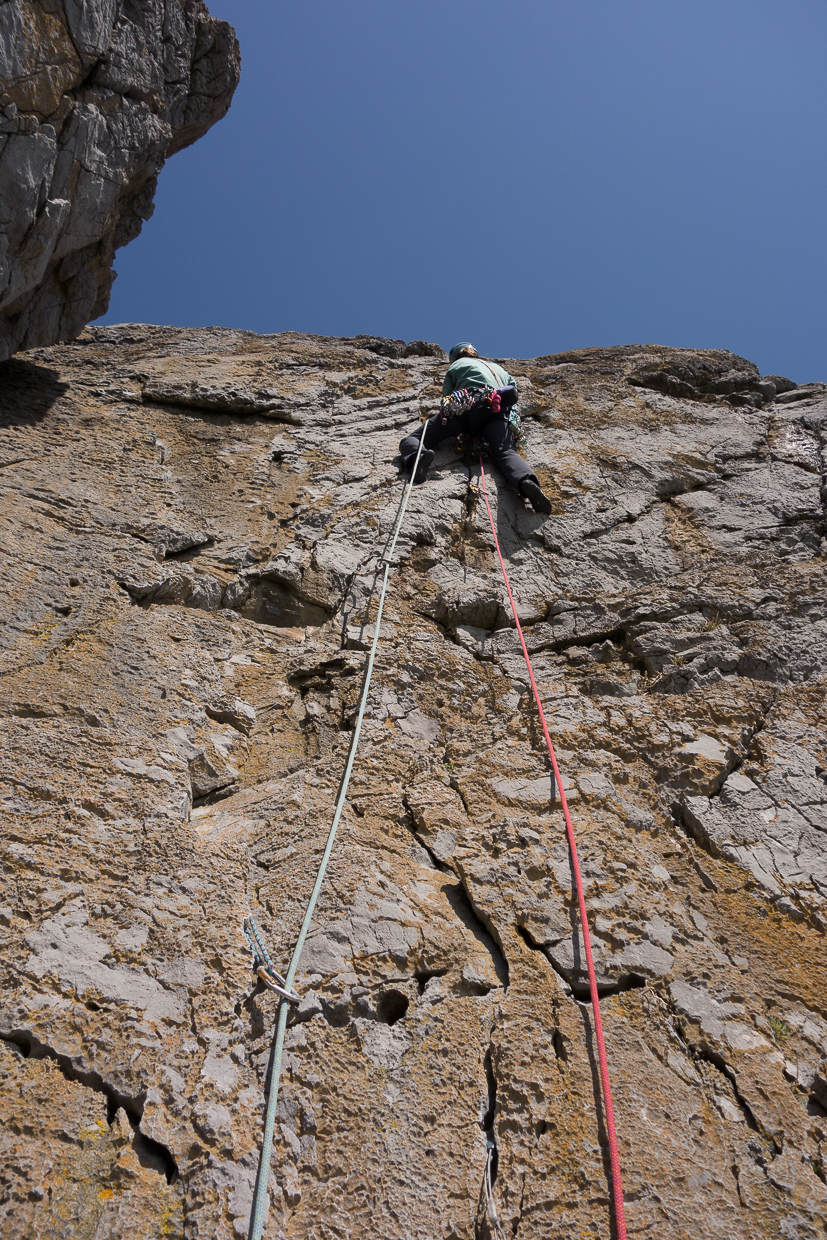 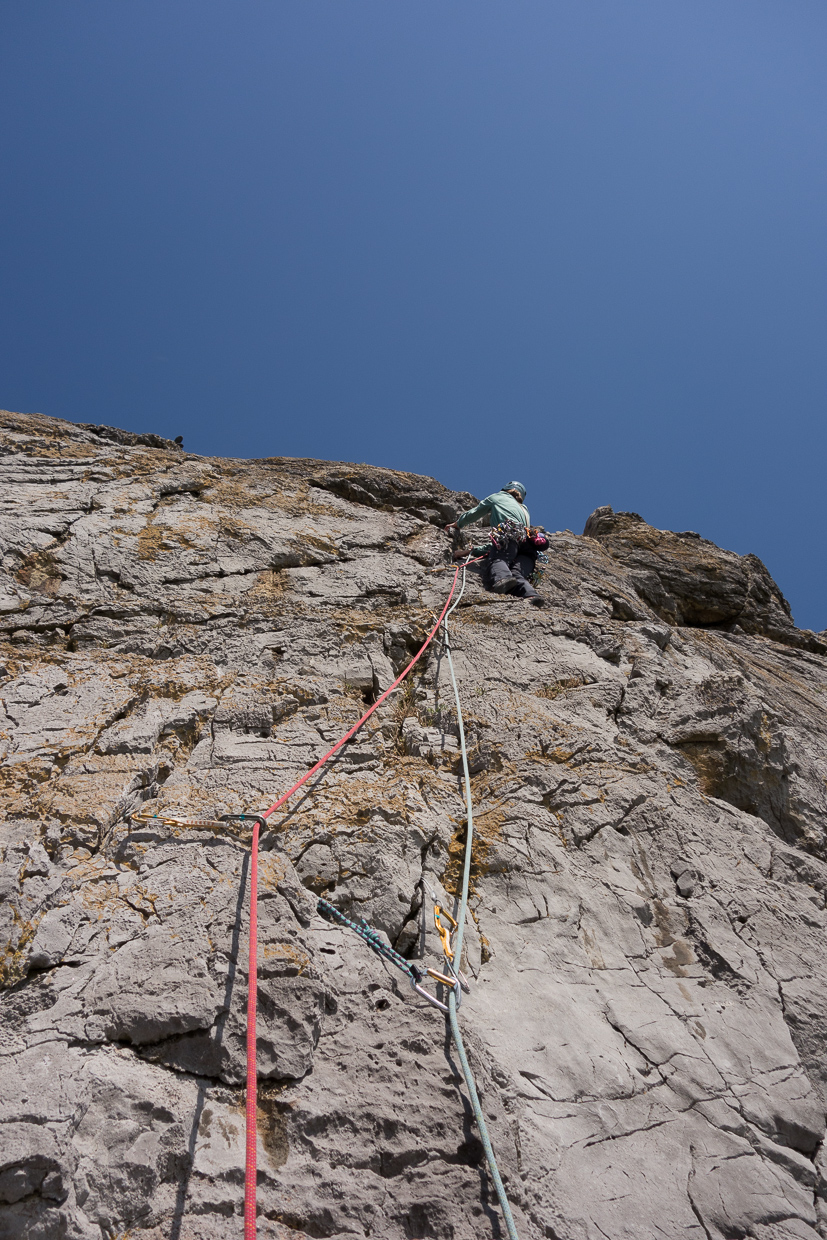 I then headed to my Gran’s house for two days of family time, which also meant I went riding again. On the sunday we headed out locally for a hack before a fantastic sunday roast, before on the Monday going for a fun ride around the Golden Valley. The weather for this fun ride was fantastic and riding along the hills in the sun with views of the Brecon Beacons was fantastic! Fantastic weather for a ride