On Thursday night most people were feeling pretty tried due to getting up at around 4:30am and then having an afternoon in the hills. Due to this no one fancied an alpine start to head into Ben Nevis so the decision was made to head up to the east face of Aonach Mor for a day of chilled out ice climbing. I describe it as chilled out as it is possible to get a gondola and chair lift up to over 900m which makes it a very easy approach. I tried to climb at Aonach Mor twice in February but both days were cancelled due to the wind being stronger than forecast and causing the gondola not to open, however today the weather was much nicer than forecast with no wind, crystal clear skies and lovely cold air overnight which froze all the snow up nicely.

After a cold gondola ride up to the top we started the walk in with stunning views and quickly warmed up as the air temperature was increasing and the sun moving higher into the sky, we quickly arrived at the top of easy gully and casually geared up as we were in no hurry. Due to the conditions we all decided to leave our bags at the top which was great as climbing with a rucksack is horrible as it gets in the way of your harness and means you can’t look up properly. 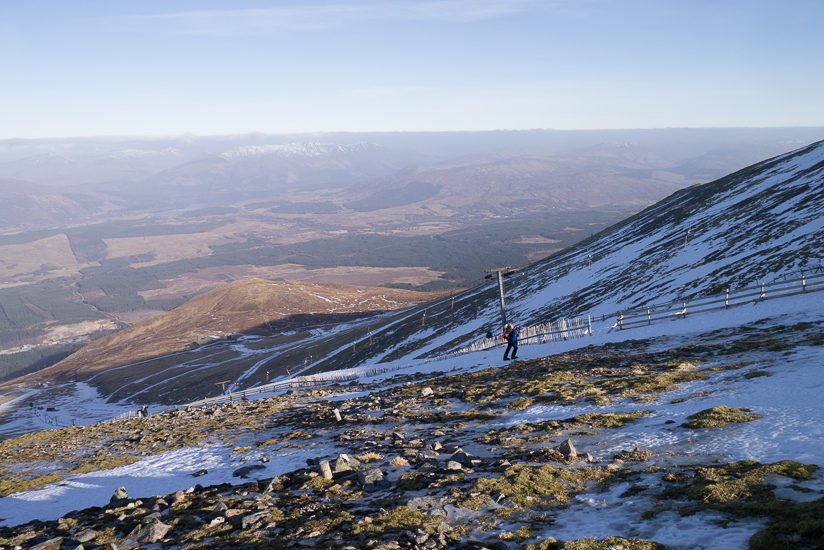 Lovely views on the walk in 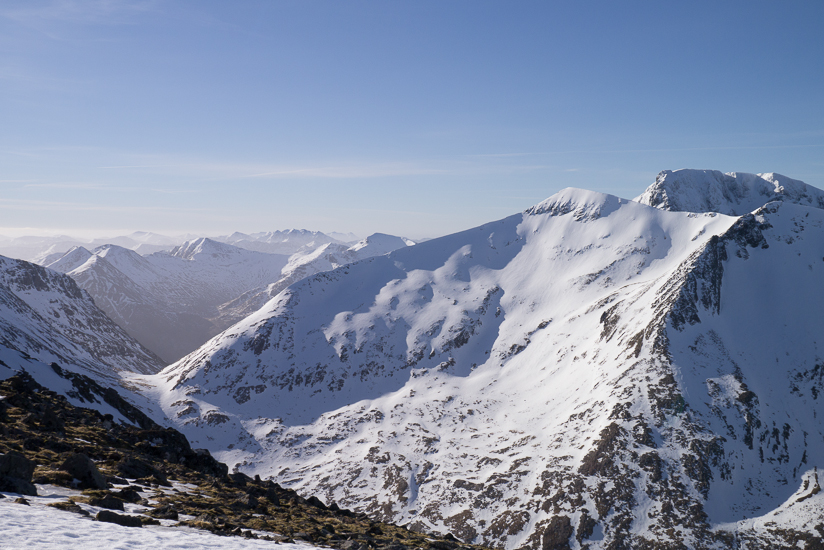 When we were all ready we abseiled over the cornice into Easy Gully using a snow bollard and we were quickly at the bottom and looking at a dripping crag as the sun was stripping all the remaining ice very quickly, we were hoping that the gully lines would be sheltered from the sun and still frozen. Thankfully once we arrived at Left Twin (III, 4) we saw that it was in the shade, looked like it had good ice on it and had two parties in front of us on it. David and I got in queue for Left Twin and the others headed further along the crag to Forgotten Twin. The first pitch was a great warm up and as soon as we moved onto the shaded ground the snow instantly turned from soft spring snow into great snow ice and as I progressed up the first pitch into brilliant water ice. 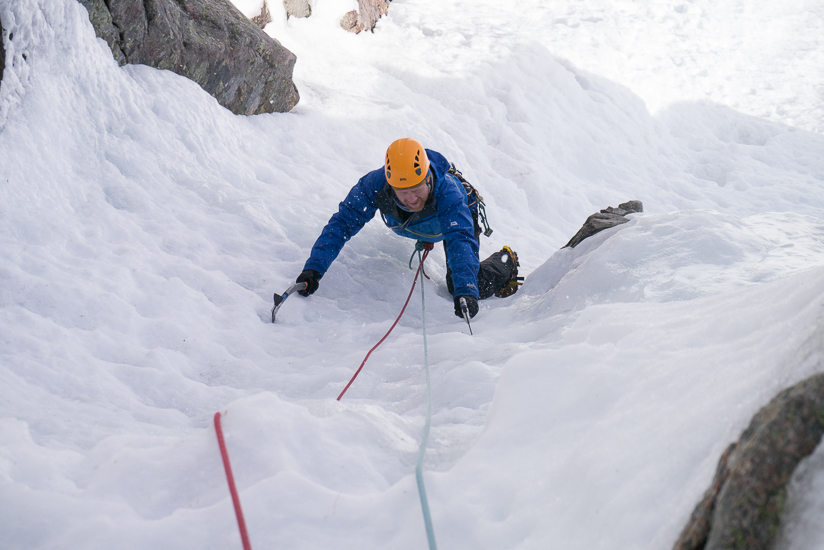 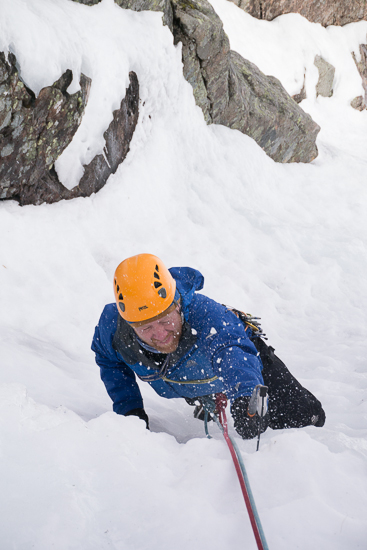 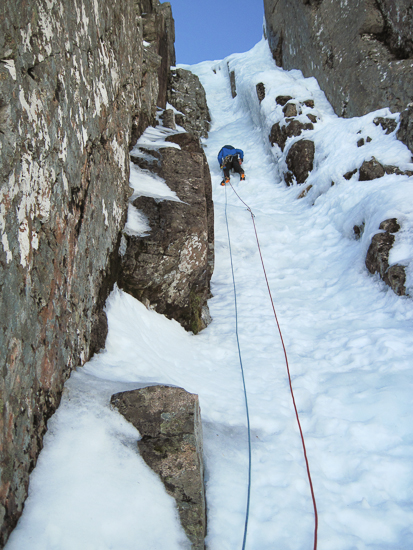 Me on the second pitch of Left Twin 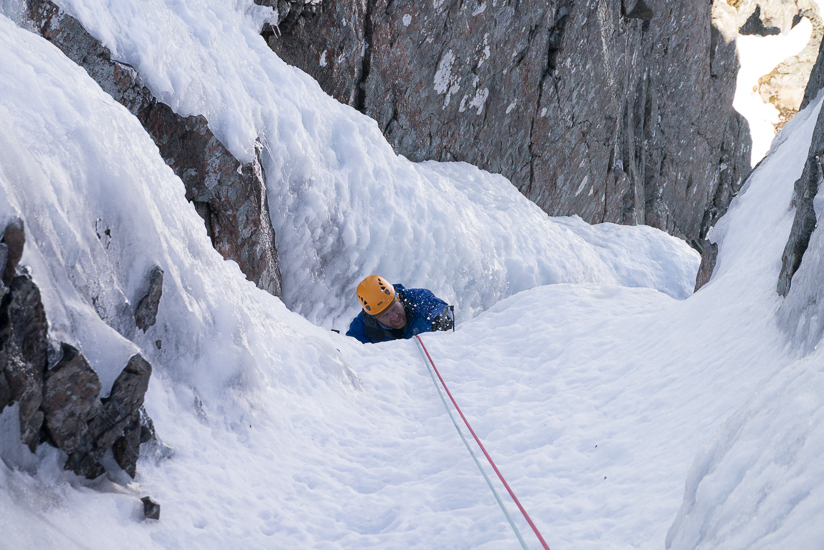 After waiting for the part in front to finish the pitch I headed up what looked like a fantastic pitch, and I wasn’t wrong. It was very steep for a grade III climb, the ice was great and the climbing fun which made me very happy by the time I got to the top of the pitch and set up my belay next to the party in front of us who were insistent that we were not on Left Twin but another line, they were so sure they made me think I had climbed the wrong line! (From studying the guidebook from the top they were definitely wrong!) From here it was a snow slope up to the cornice which was easily passed on the left into the sun on the top. Moving back into the sun was like moving into an oven and we immediately had to remove layers and we were able to sit around on the top and eat lunch while waiting for the others to finish Forgotten Twin.

Once we were all at the top we wondered down to the gondola station and enjoyed a beer in the sun before heading back down to the valley after one of the least tiring winter climbing days I have ever had. 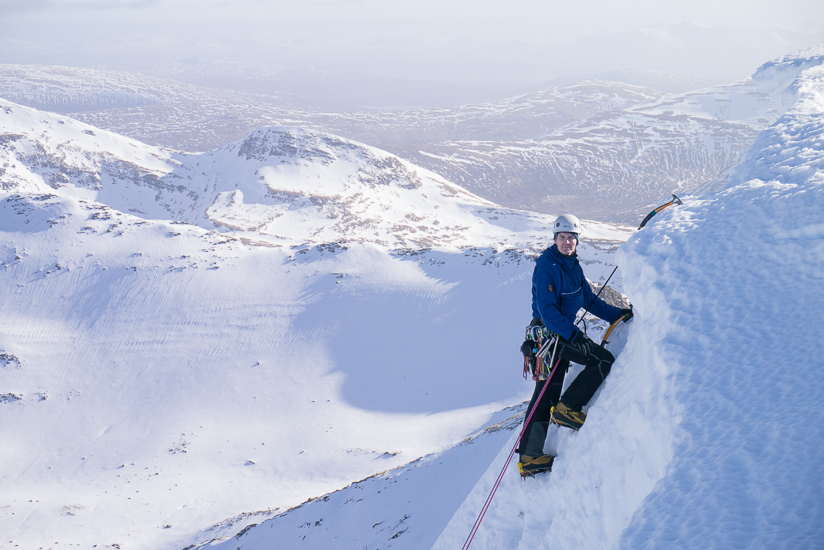 Rich topping out of Forgotten Twin 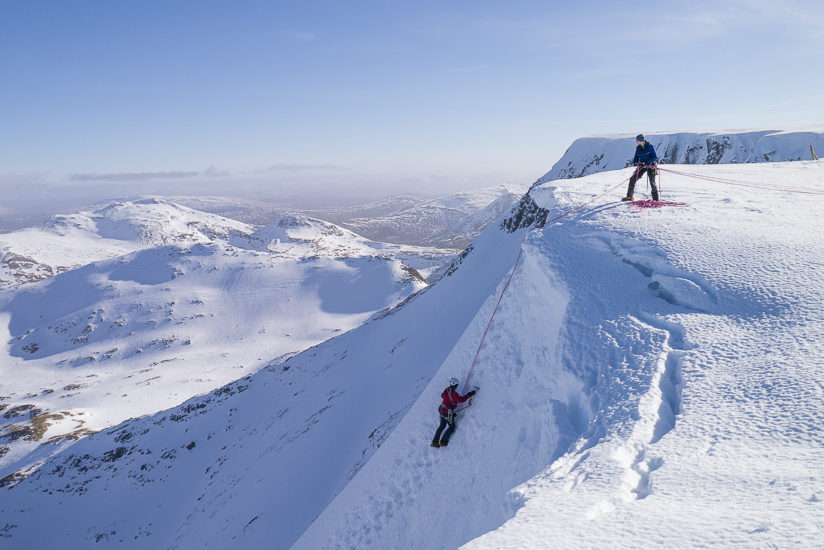 Topping out of Forgotten Twin 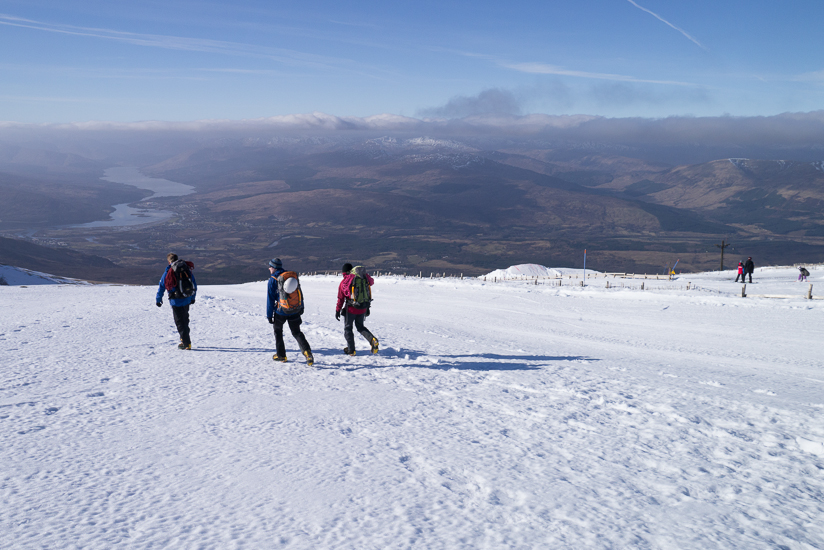