Having been back from Scotland for a week long trip for three days before  heading up for an impromptu trip last weekend, I was back at work for another three days before heading up to Scotland for the annual Avon Mountaineering Club trip to Scotland. This time we were flying which meant that as we were catching an early flight we arrived in Glen Coe by midday with time to do a quick route.

After very quickly repacking our bags we headed up out of the very warm valley up to Stob Coire nan Lochan hoping that it was cold enough up high for the snow to have remained frozen. This turned out to be very optimistic and it was a hard slog up unfrozen snow to get up to the coire, however the weather was good and provided us with great views up Glen Coe and we could even occasionally see the summit.

We headed up Boomerang Gully a grade II climb, it was a bit soft all the way up which made it very hard going, however it was nice to be out in the mountains again. We soloed up to the crux which I soloed up before dropping a rope down to Andy, it was a short section of grade II climbing before returning to a grade I gully all the way to the top. After two hours of climbing we reached the top and unfortunately couldn’t see anything so quickly packed the gear up and started to head down Broad Gully.

While descending the gully I was looking at the crux of Dorsal Arete and thinking it would be a fun, quick solo. It needed to be quick at by this point it was 4pm but I knew it was a short route as I had climbed it before. I quickly arrived at the crux which was very black than, especially when compared to the rimed up fin we climbed two weeks ago. Soloing over the fin certainly gets the adrenalin flowing thanks to the exposure and it was certainly worth the ascent.

After another descent down Broad Gully I caught Andy up and we headed down back to Glen Coe and on the way found stumbled on some lovely soft but think ice which I had a brief play on before returning to the car park at 6 after an afternoon on the hills. 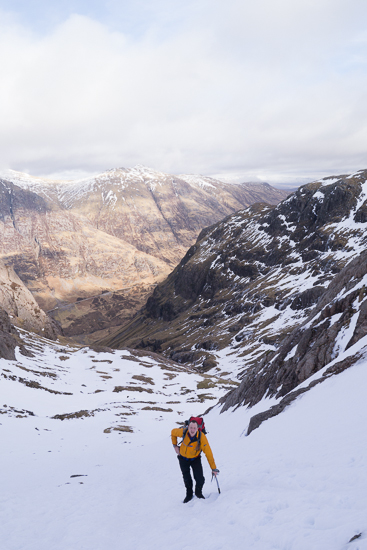 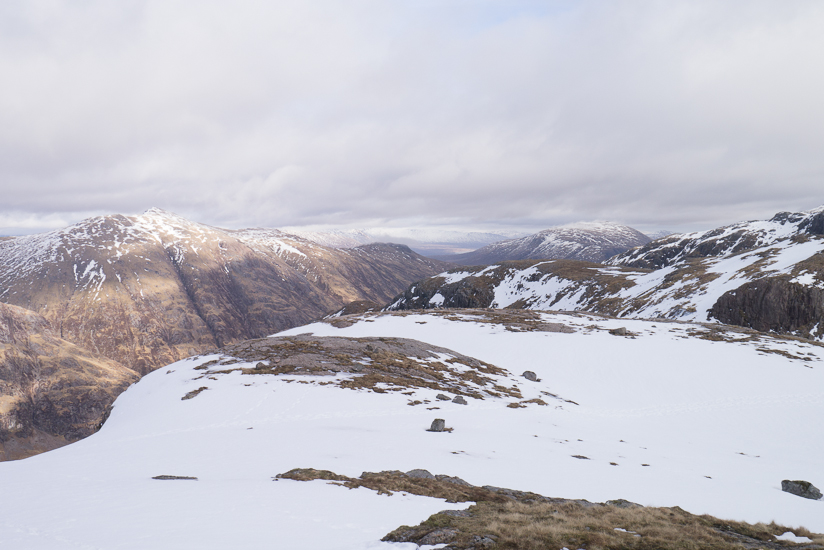 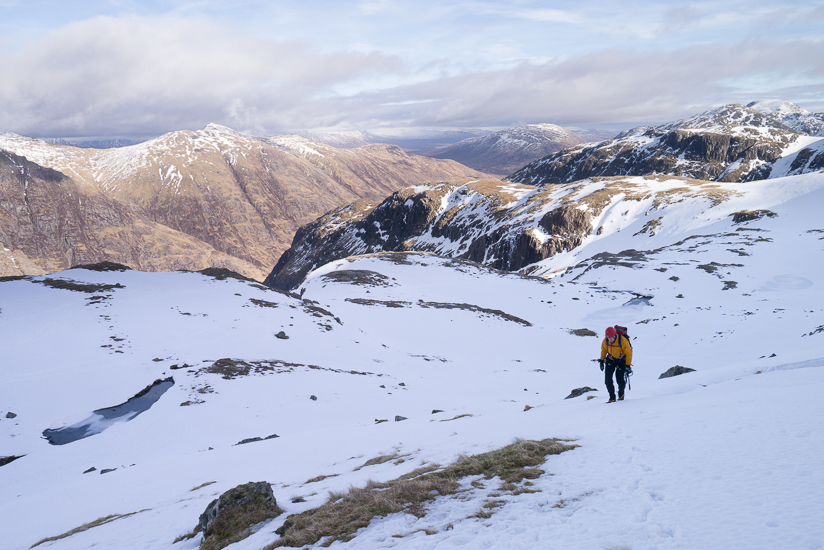 Walking up to the base of the climb 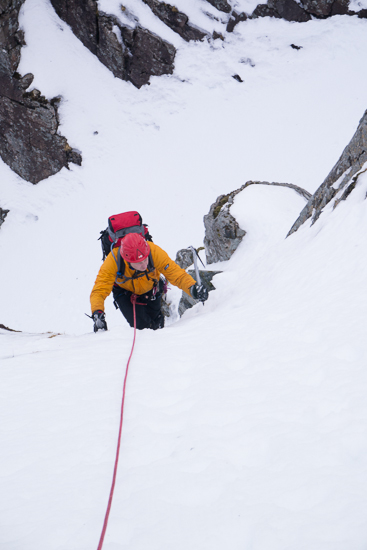 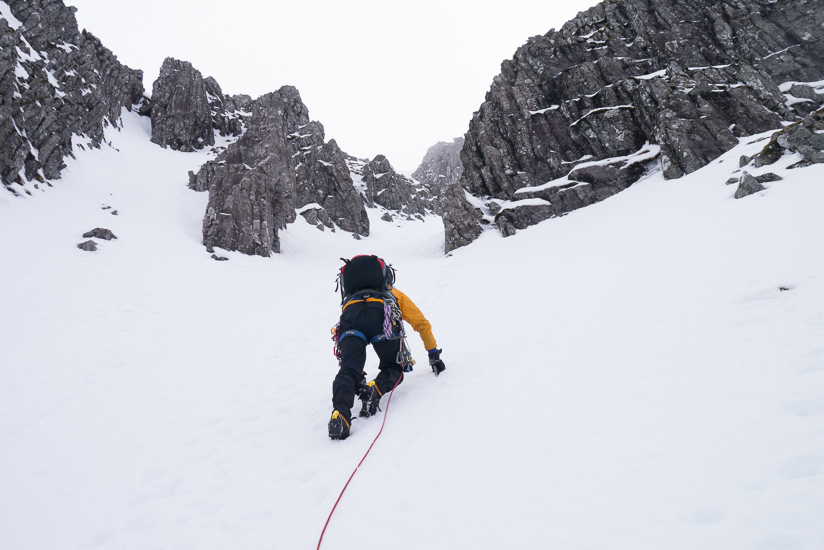 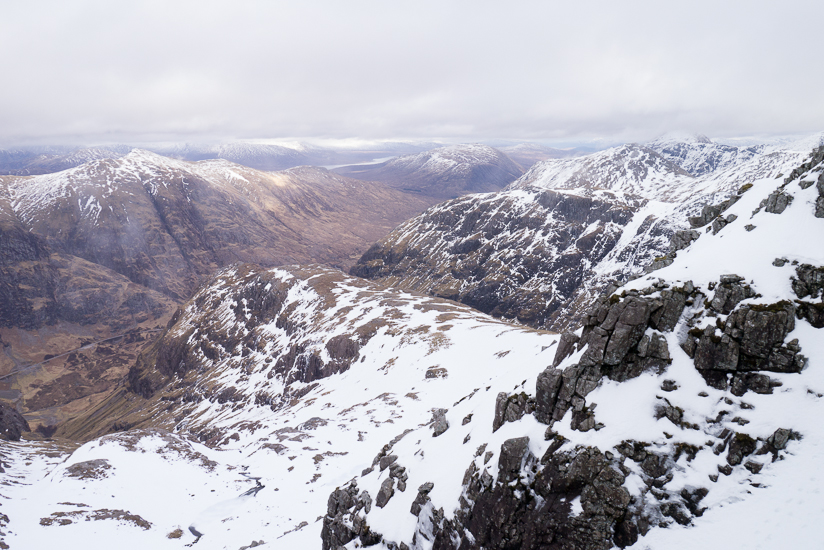 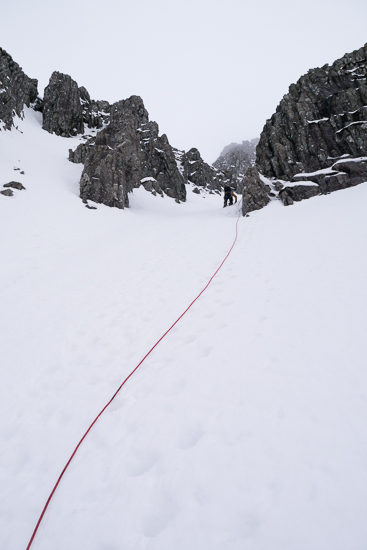 Up into the distance 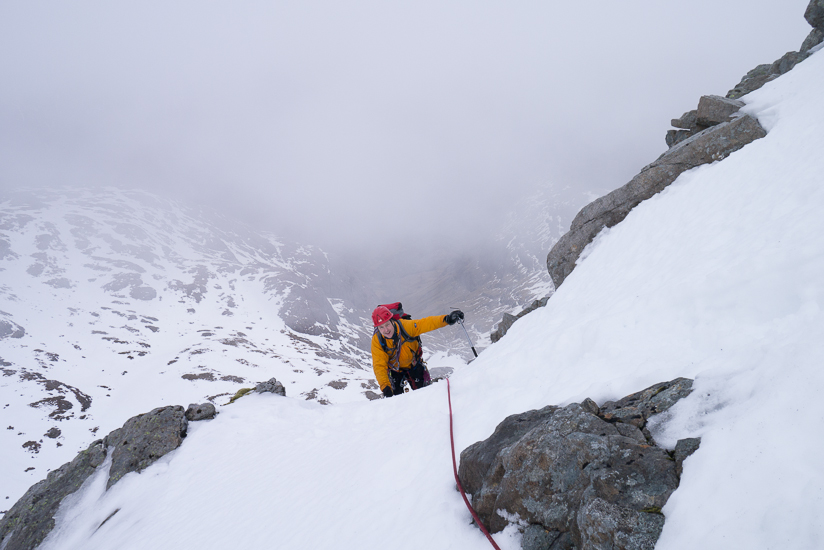 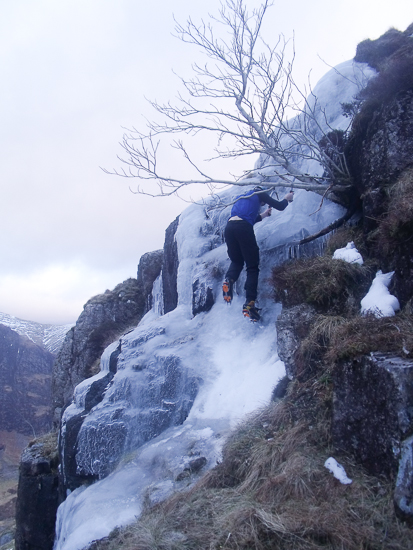