After a stormy day on Wednesday everything was a bit avalanche prone so any climbing decisions had to be taken carefully, and as the weather was also pretty bad on Thursday I decided to head to Dorsal Arete early to complete a quick route and be off the hill before the wind picked up more in the afternoon. This however meant another early start and again I was at the car park in Glencoe by 7am. The walk up to Stob Coire nan Lochan was very wet and warm which lead to a dilema, trust softshell or put waterproofs on and sweat. Unfortunately I chose to assume the rain would be a shower and trust the softshell, however this was a mistake and I ended up with a pretty damp softshell top by the time I put my waterproof on and by the end of the day my legs were soaking.

We quickly arrived in SCNL and kitted up with surprisingly we had good views and even sore the summit of SCNL, however this was short lived and while I was on the first pitch the cloud came back in, wind picked up and started throwing spindrift down onto us. Due to wanting to stay out of Broad Gully and also because the line looked great we took the direct start to the route, which was an ice pitch at Scottish III. Due to climbing a mixed route where I didn’t expect ice I had left all my ice gear at home which meant it was fairly bold but that didn’t matter as the climbing was brilliant on very plastic ice with first time placements and I was disappointed when I got to the top of steep section and the start of the easy ground before the first belay. 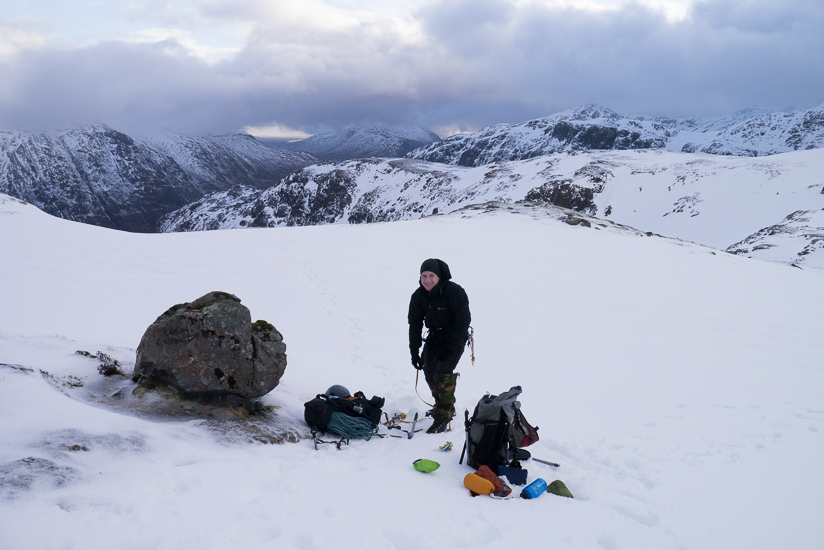 Kitting up in the coire 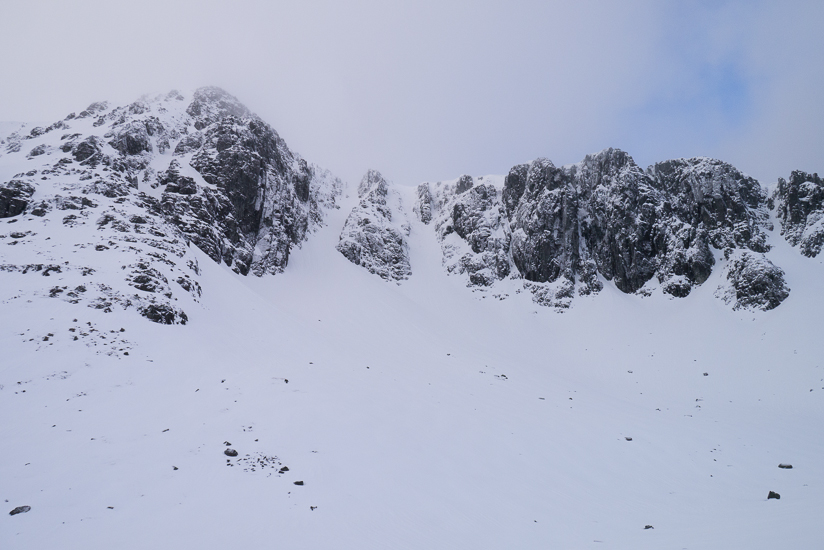 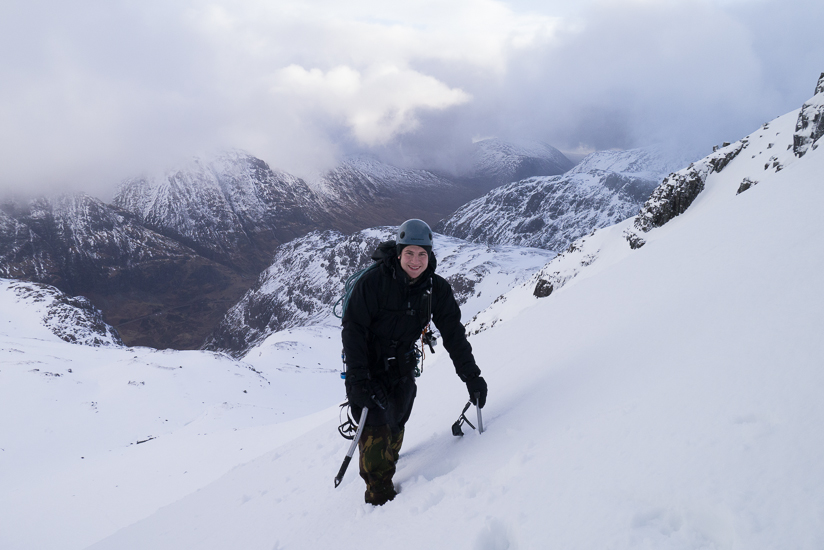 Walking up to Dorsal Arete 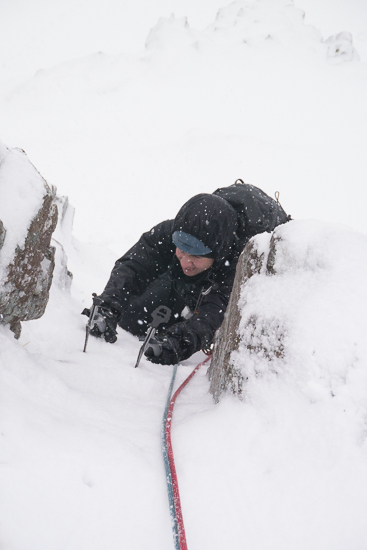 Climbing up easy ground after the direct start

Due to being roped up anyway and it being Simon’s first climb we kept pitching the route, however it was fairly pointless as the next section of the route was very easy and pitching just wasted time so I really should have taken coils and moved together. We soon arrived at the crux pitch which looked fantastic from below, it then didn’t disappoint while climbing it with some great climbing which was made more spicy by there being very strong gusts of wind. I made fairly quick work of the climb and protected it well for Simon with slings after each of the harder moves before setting up a low belay out of the wind where I was able to communicate with Simon. He made fairly quick progress apart from a bit of faff looking for a non existent foothold on the crux move to try and avoid the rock-over onto a ledge on the arete. He arrived at the belay in the same style as me, crawling along the snow arete due to the wind. 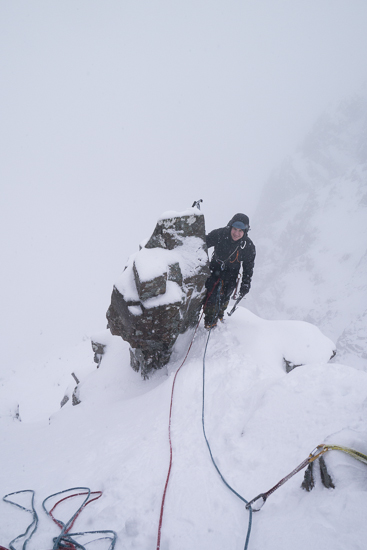 On the ridge in the mist 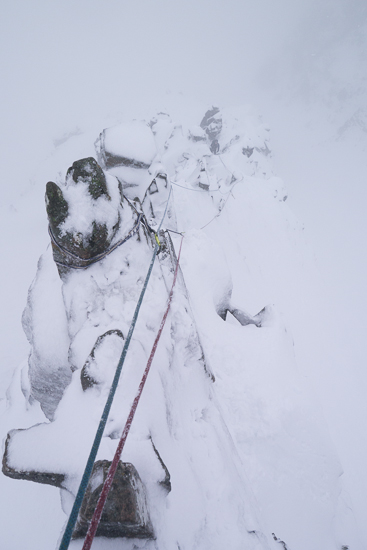 View back down the arete 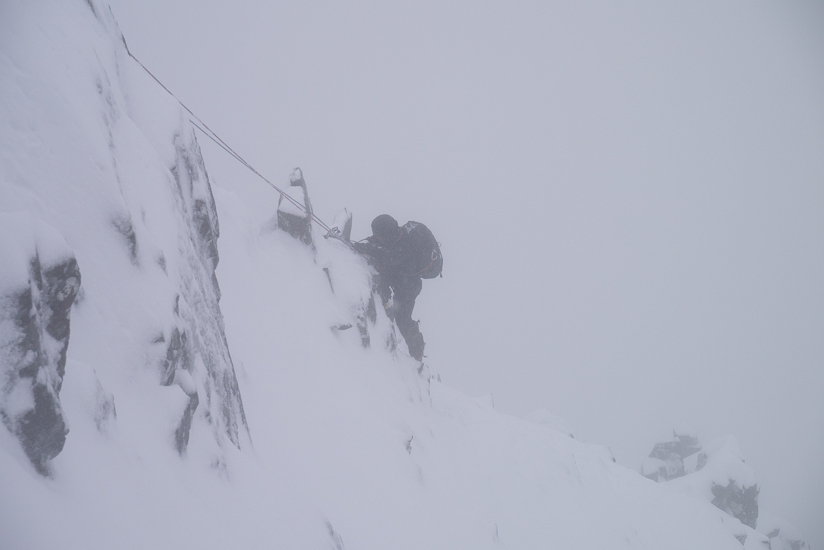 Climbing up the Arete 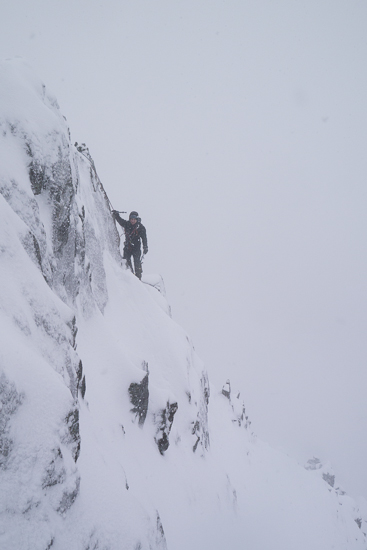 Just about to start the crux 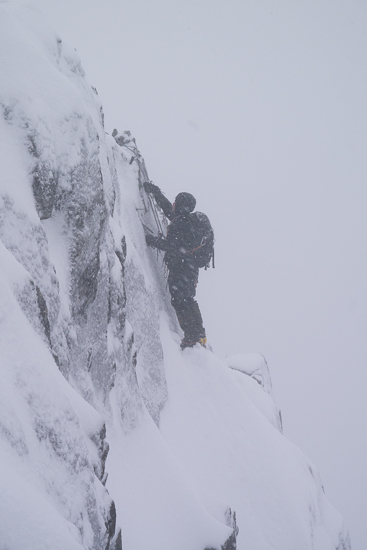 Working out how to climb the crux 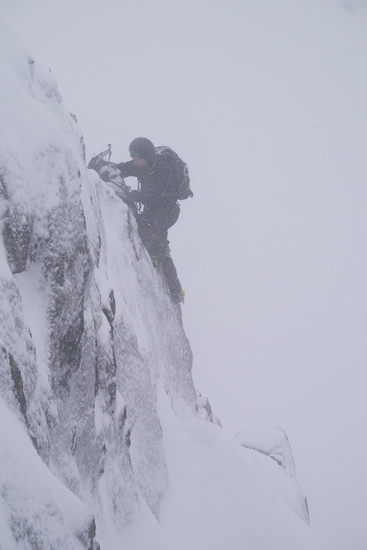 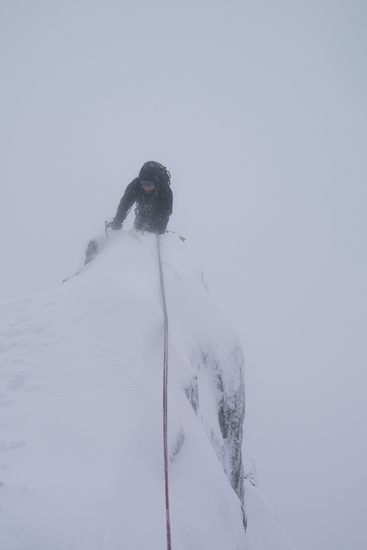 Crawling due to the wind 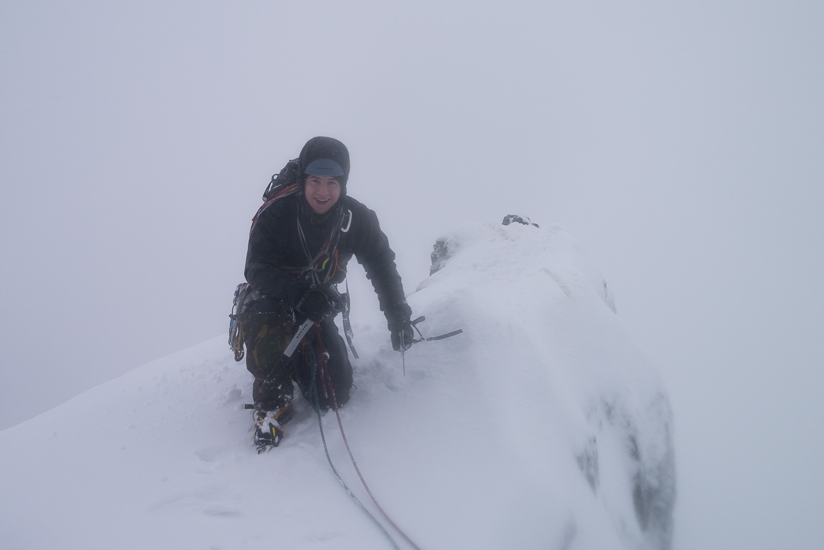 Due to Simon’s hands being frozen due to being wet we took the easy finish up a snow slope up into the wild conditions on the exposed ridge at the top of the climb, after coiling the ropes very quickly we packed them into our bags, got our goggles out and quickly made our way down the ridge to the safe descent due to not wanting to descent Broad Gully with the avalanche risk. We soon arrived in the coire and continued descending until we got much lower before removing the rest of our kit and having some lunch. We were back down in the valley by 2pm and at the Clachaig Inn for a pint and some chips shortly after. It was a brilliant route especially when combined with the direct start, however I can see why people often say it is overrated as the II section of climbing is very very short and the walk in to the route is not insignificant, but due to the conditions it was a great choice and I had a brilliant day. 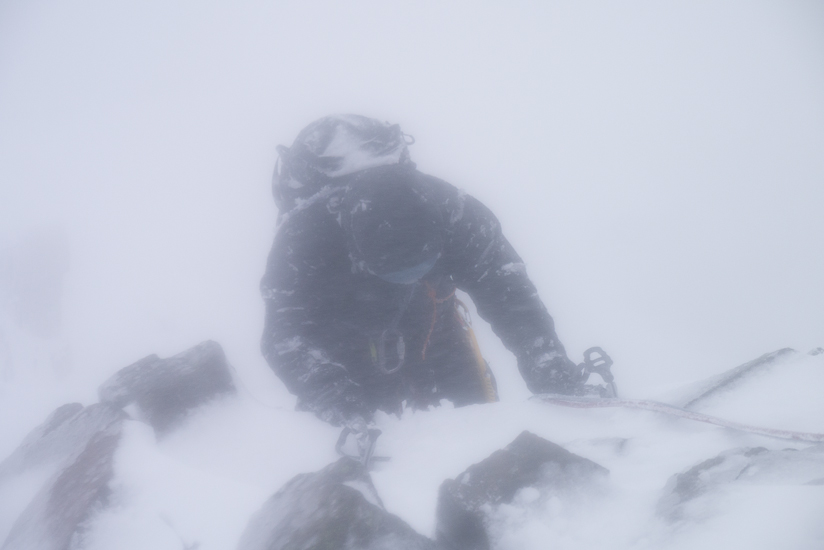