Having had a number of days out walking, where the snow was generally excellent we decided to make the most of the beautiful forecast on Easter Sunday by heading over to the east to complete the Lochnagar Circuit. The circuit is long with around 28km of walking which includes 5 Munros, so we didn’t want to be attempting it with deep snow.

It was a very cold morning, with temperatures of -6 degrees according to the van, we had to scrape frozen condensation off the inside of the van! What the cold morning did bring, was a beautiful clear sky and hard frost. Soon after we set off we realised that the east had had far more snow than the west in the previous few days, and it became apparent that the day wasn’t going to be a quick romp along frozen high on the plateau.

The walk in towards Lochnagar was beautiful in the sunshine, as there was no wind we couldn’t hear anything over than our steps in the crunchy snow and the grouse flying around. We were amazed when we got to the col before the final climb up to Lochnagar, as the view of the north face was outstanding. Thankfully we had steps to follow on the climb up to Lochnagar, which made it significantly easier as the snow underfoot was fairly hard work.

The views across the plateau were amazing, it was a huge white expanse which seemed to go on for ever in one direction, and a view towards the other huge plateau of the Northern Cairngorms in the other direction.

We spent a long time walking in a circuit around the plateau to include the five Munros, but it never got dull due to the changing views and the immersive experience of being so small in such a vast white expanse. The weather was beautiful all day, and despite the air temperature being cold we both spent all of the day walking in base layers.

After lots of trail braking and tough walking we eventually got to the last Munros were we savoured the views down towards Loch Muick and the view of our long descent (~9km). We decided to try and save some time by taking the quick descent back down to the loch, rather than staying high on the plateau. This was a mistake as the snow hadn’t been in the sun all day and was very steep and frozen solid, which lead to a short but very exposed traverse to get to the path. This meant that after 8 hours of walking without needing crampons we had to get our kit out for 15 mins at the end of the day.

We made good time around the loch and got back to the car in just under the summer book time, which given the conditions on the plateau we were very pleased with. 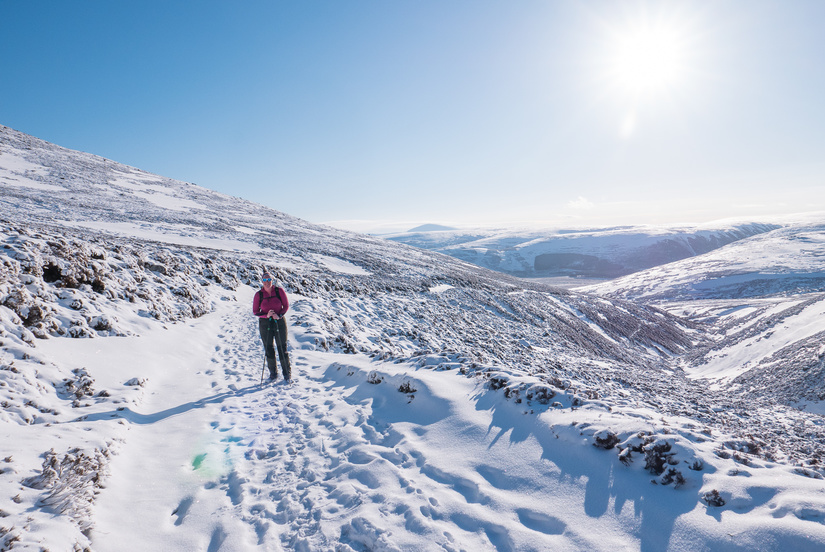 Beautiful valley on the walk up from Glenmuick 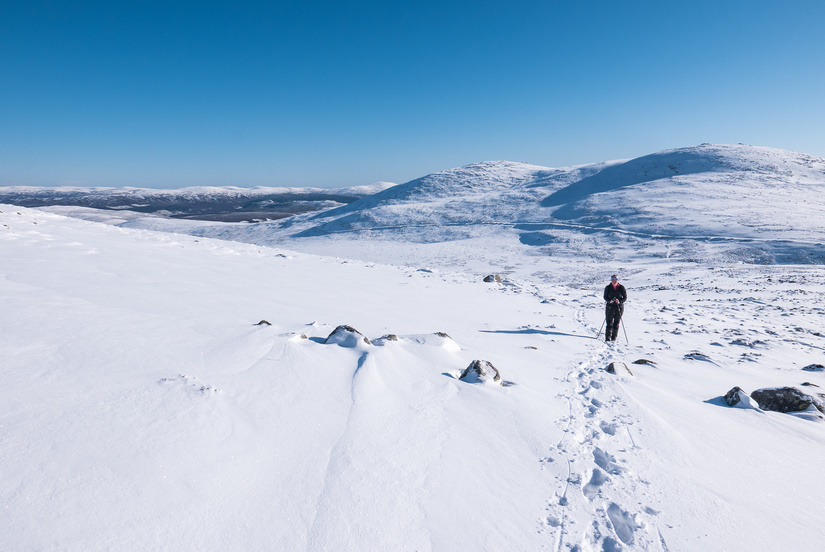 Harder going on the climb up to Lochnagar 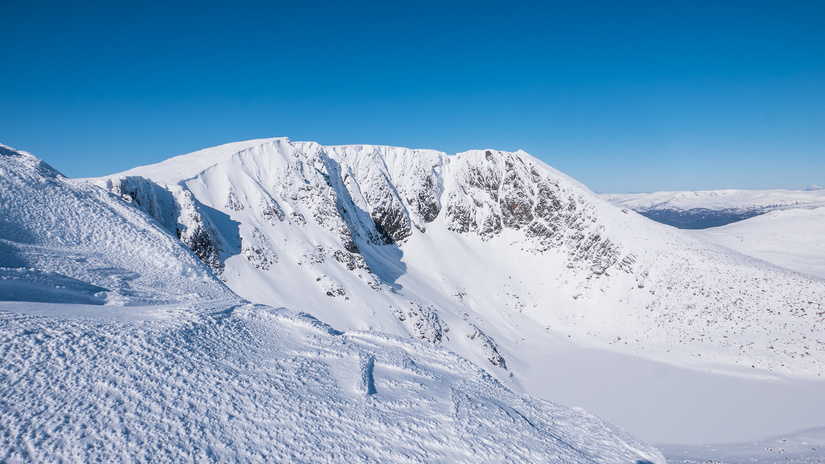 Stunning view of the north face of Lochnagar 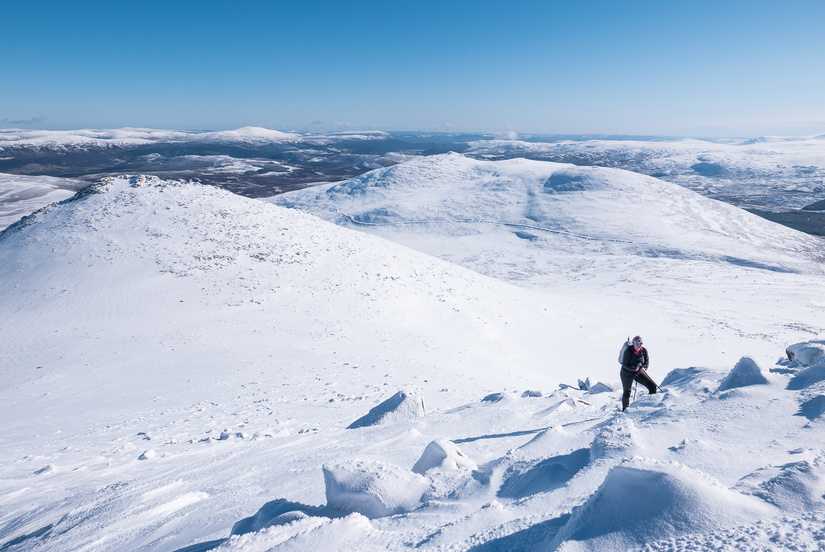 Steep climb up onto the plateau 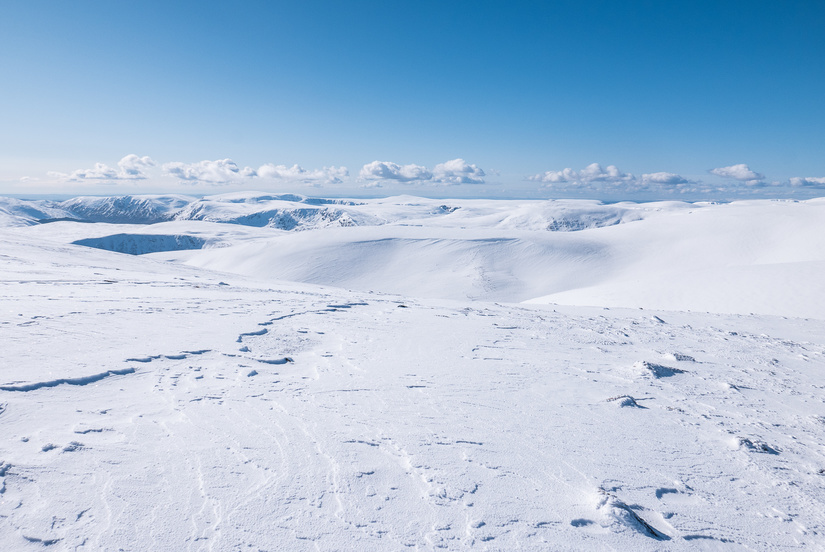 White wilderness on the plateau 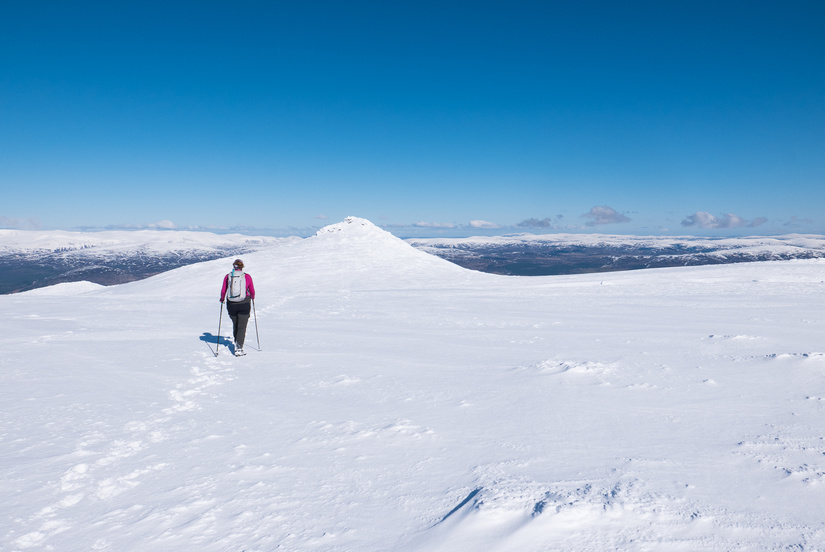 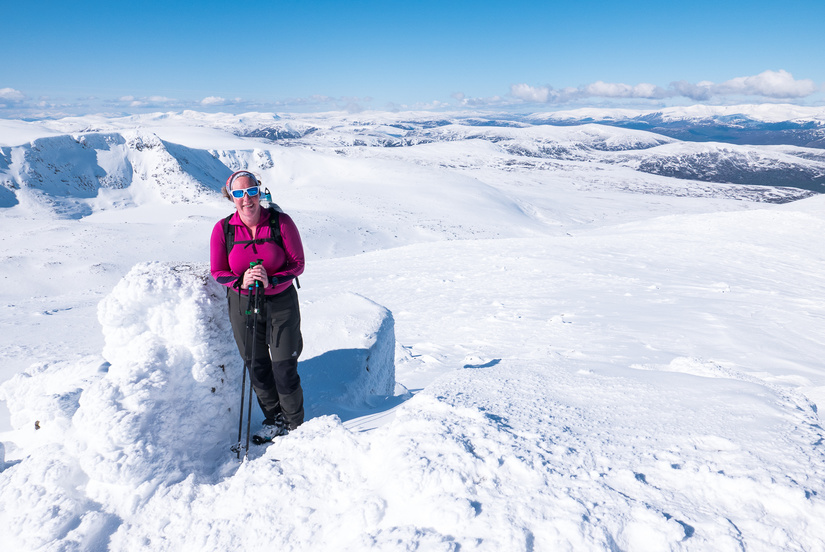 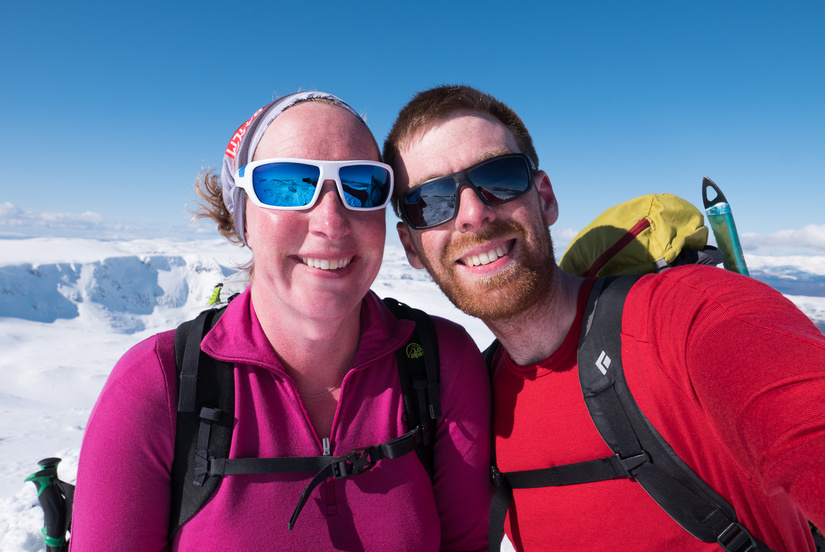 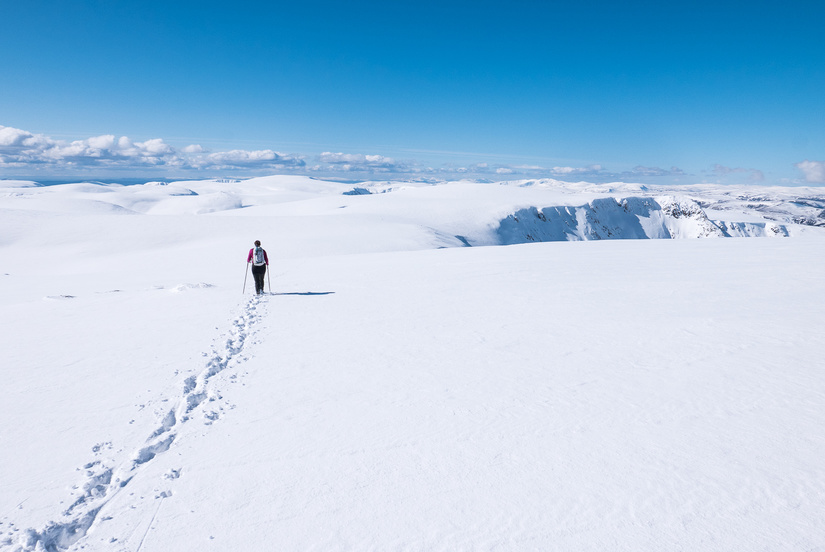 Heading into the white expanse 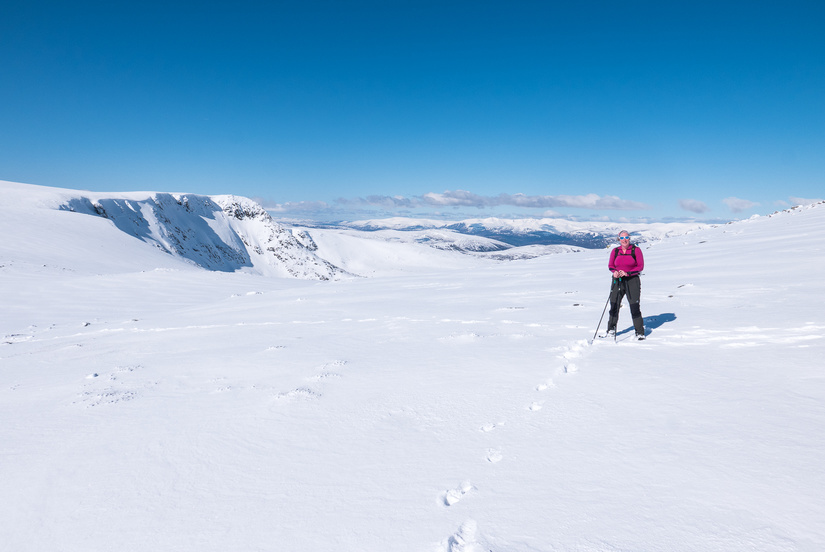 Amazing views towards the Northern Cairngorms 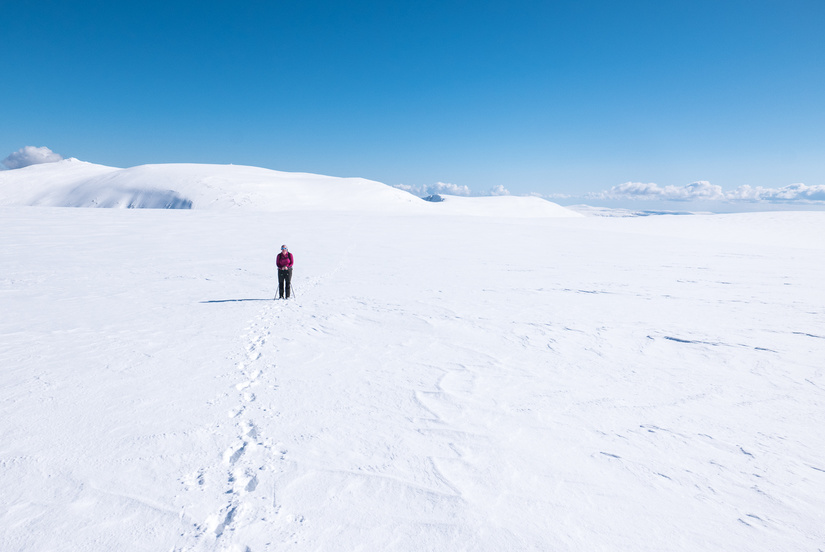 Becky in the white wilderness 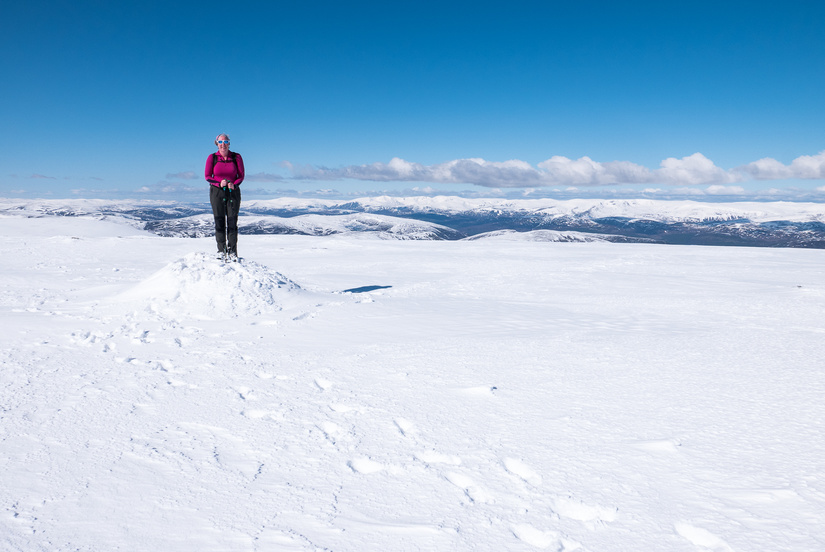 Becky on the summit of Carn a’ Choire Bhoidheach 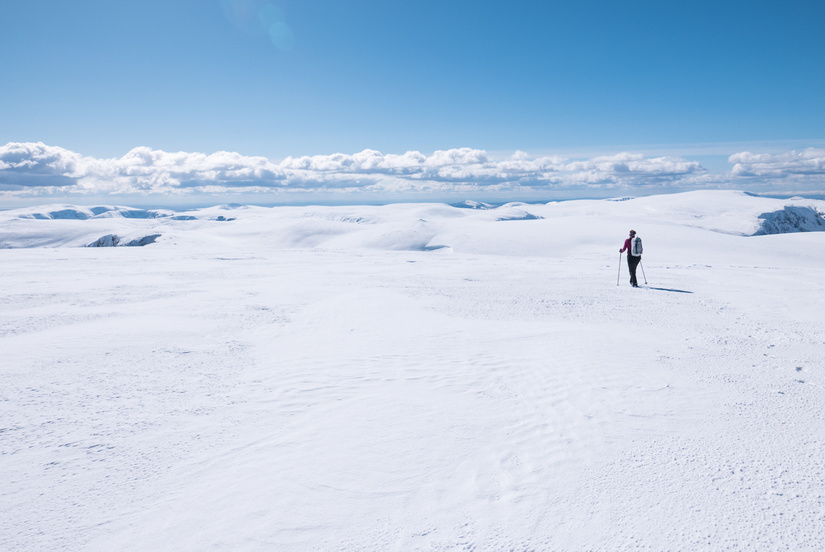 Heading further into the white wilderness 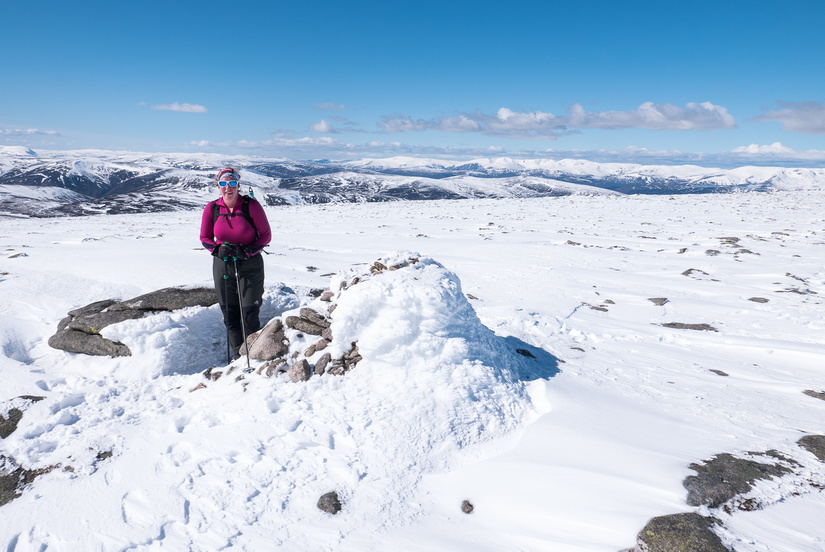 Becky on Carn an t-Sagairt Mor 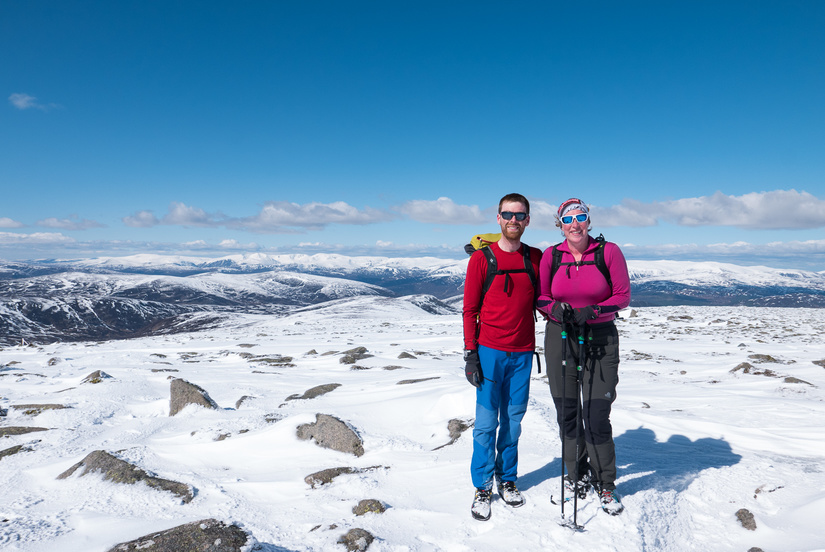 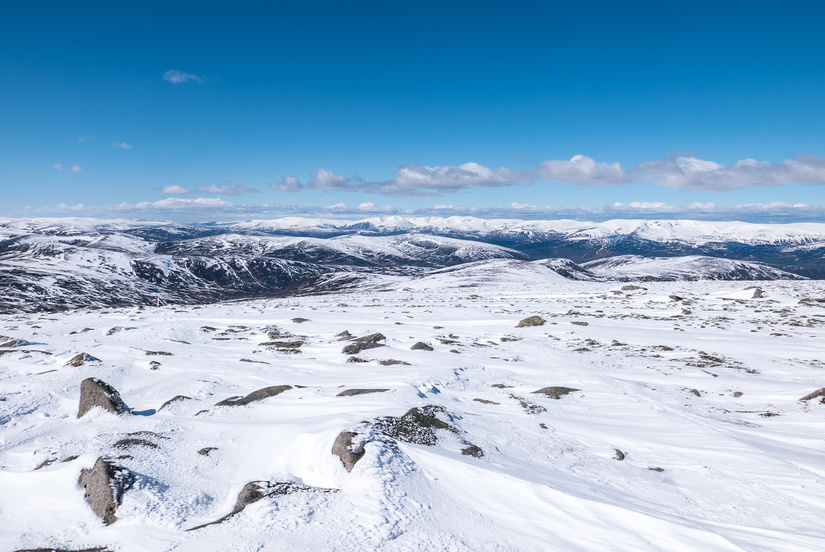 Amazing view towards the Northern Cairngorms 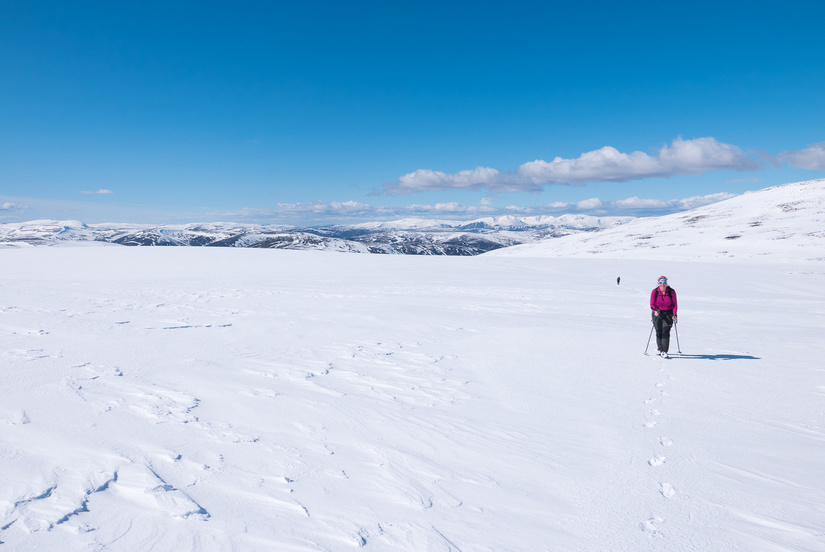 Becky on the walk up to Cairn Bannoch 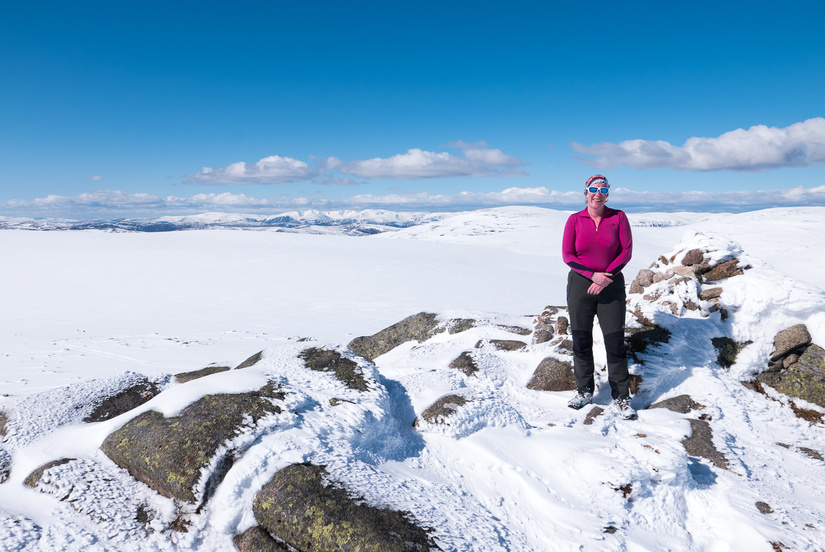 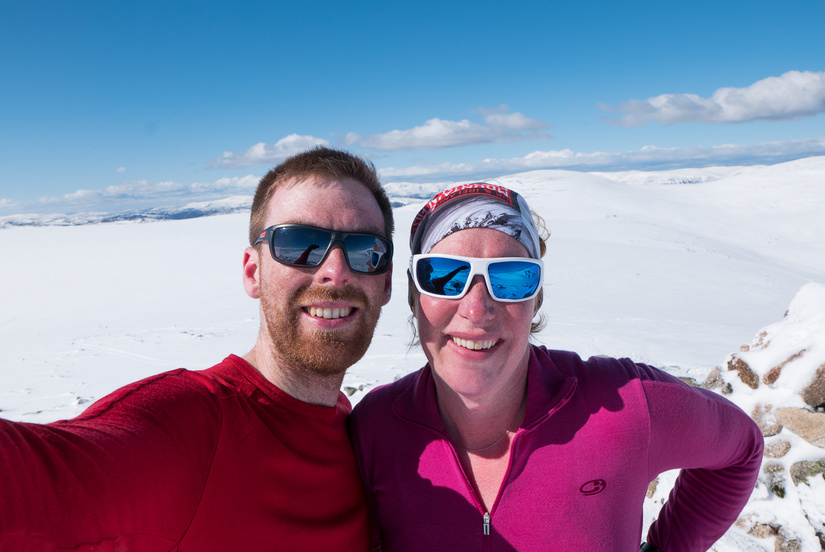 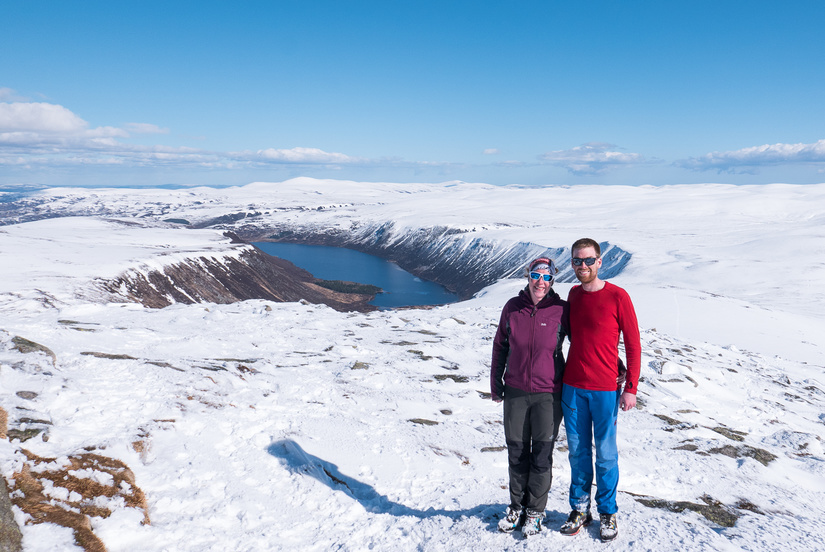 Us on Broad Cairn 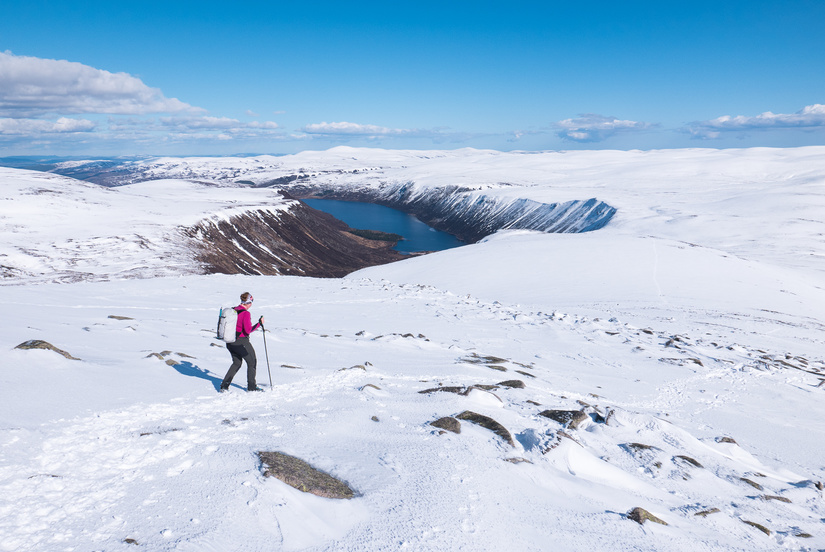 One Response to “Lochnagar Circuit”