With yet another stunning forecast we decided to make the most of it in Torridon by getting up high and doing a long walk. As we had previously done the classic ridges of An Teallach, Liathach and Beinn Alligin we elected to do a horseshoe involving Beinn Liath Mhòr and Sgorr Ruadh.

It ended up being a longer day than we expected, but it was absolutely amazing. We made quick progress up the valley to the ascent up to the ridge on Beinn Liath Mhòr. The ascent was very steep and felt like very hard work after the previous few days. Once we were on the ridge it was fairly cold in the wind, but we had stunning views of the hills above Torridon.

We made fairly slow progress along the ridge as there was a mixture of rock and snow and we had to take our crampons on and off a few times. The final ridge up to the summit was amazing with stunning views of all of the mountains above Torridon.

The descent to the col before Sgorr Ruadh took a while and we considered our options as we were getting tired and it was starting to get late. We decided that we had enough time and wanted to make the most of the improving weather, and it was certainly the right decision.

After a short section of steep snow we made it onto the ridge and were greeted with absolutely stunning views. These views just got better and better as we climbed up the alpine looking ridge which made the final climb an absolute joy. The 360 degree panorama from the summit was something else and probably one of the best views I have had in Scotland. We had views of Skye, Beinn Alligin, Liathach, Beinn Eighe, An Teallach, Beinn Dearg, The Fannaichs, the Glen Shiel hills, Ben Nevis and many many more.

The descent continued to provide changing views and good conditions in the setting sun. As the sun set the moon came out and provided us with a moonlit descent back down to the valley. 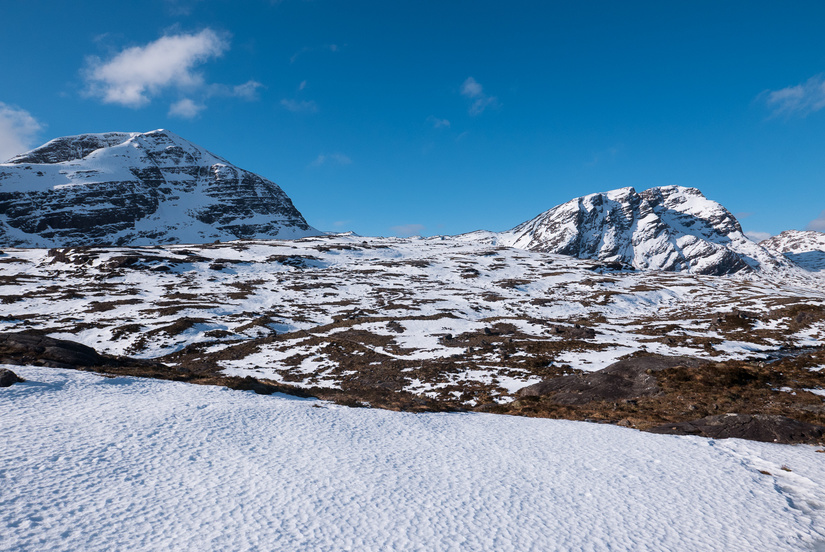 Looking up at Fuar Tholl and Sgorr Ruadh 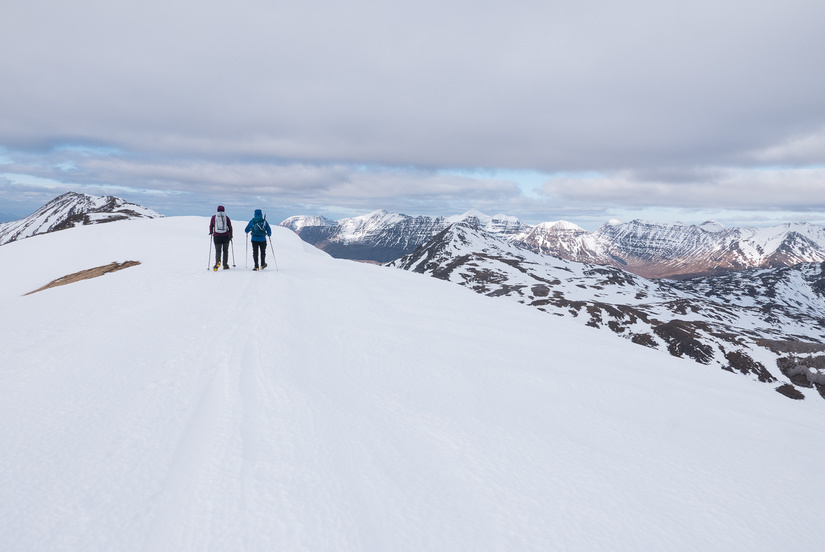 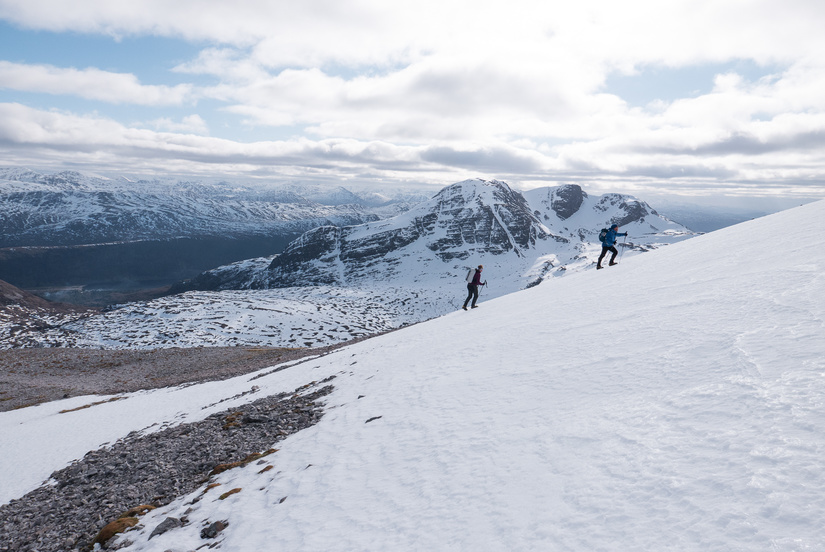 Becky and Dave in front of Fuar Tholl 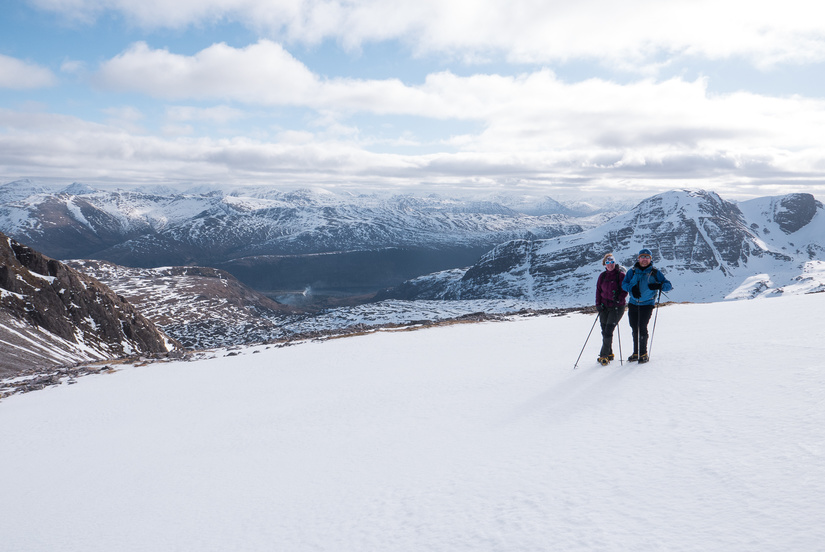 Great views to the south west 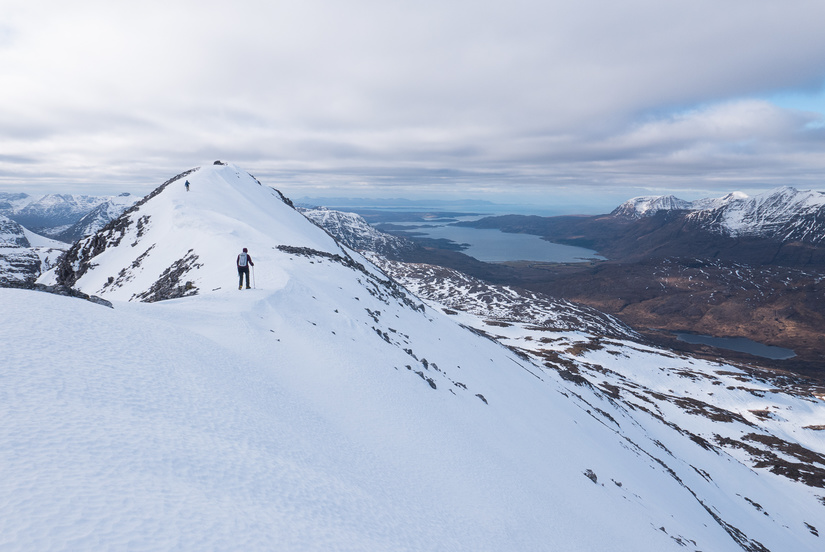 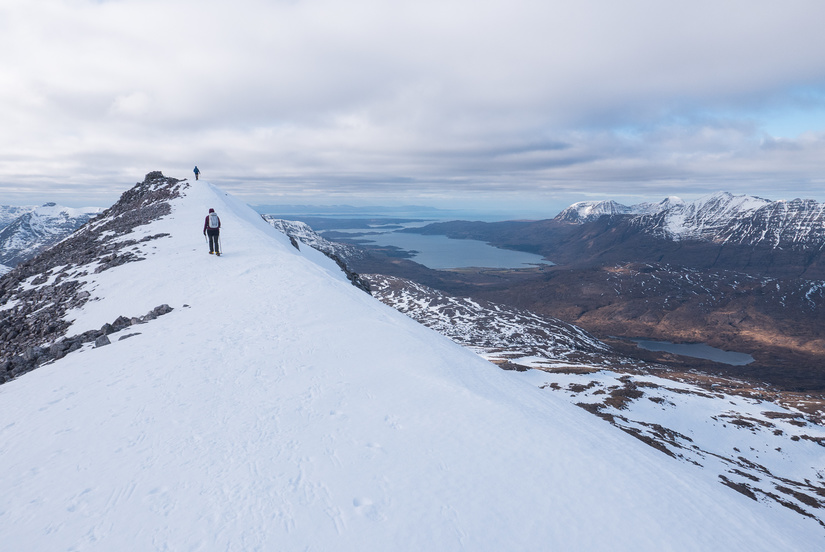 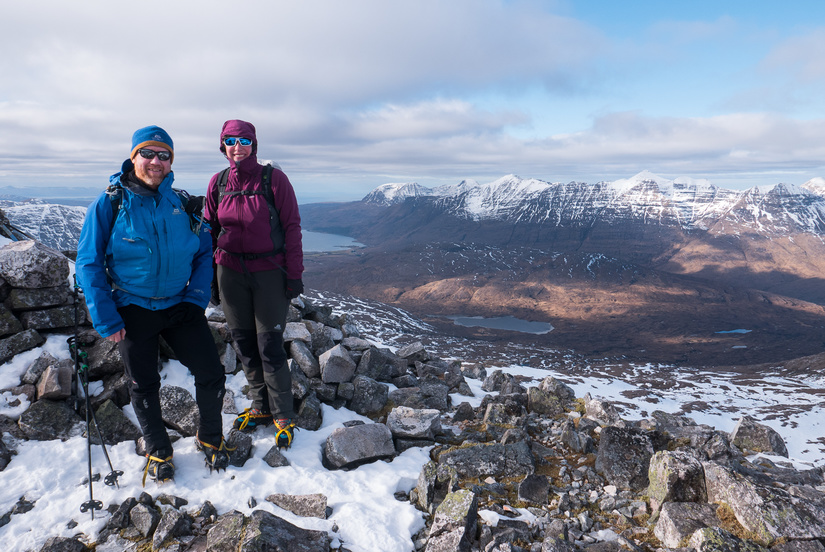 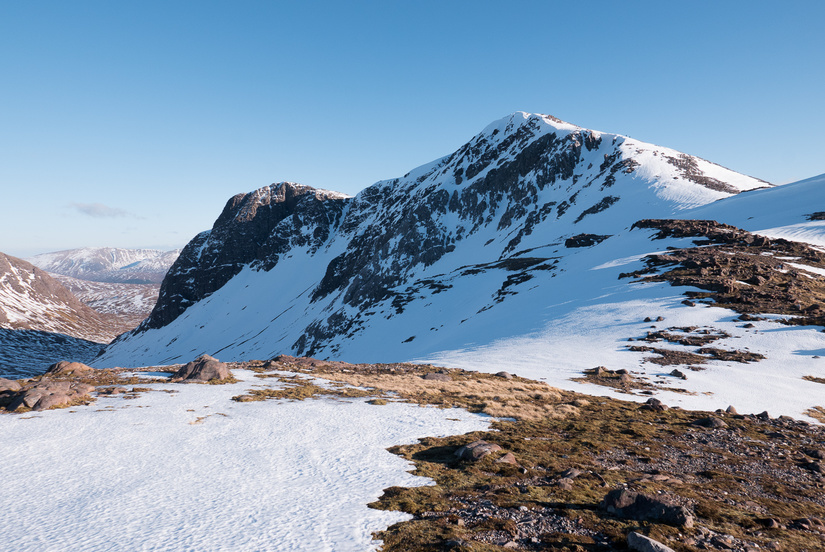 Stunning ridge up to Sgorr Ruadh 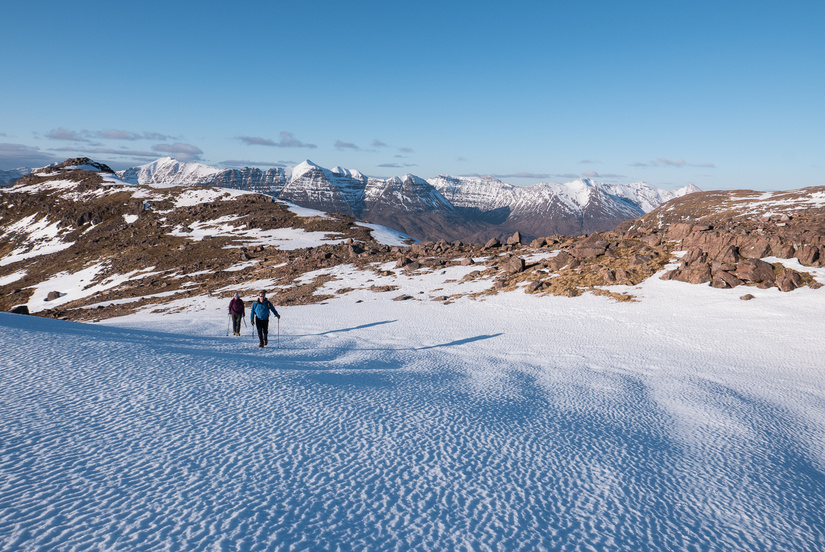 Amazing views of Torridon while climbing up to Sgorr Ruadh 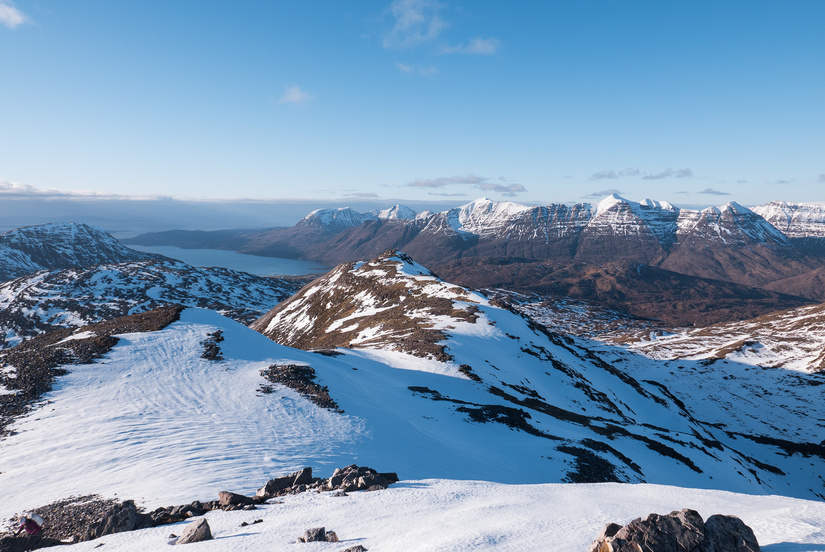 Stunning views of all the Toridon hills 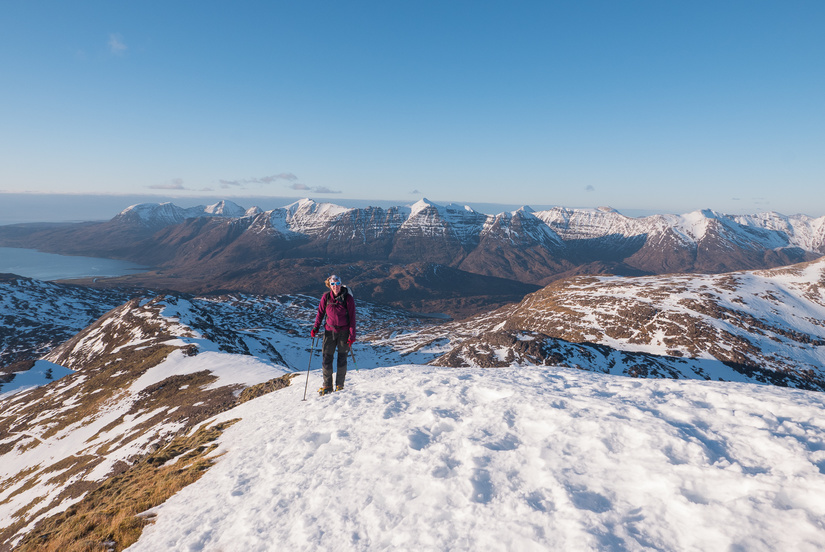 Becky on the summit of Sgor Ruadh 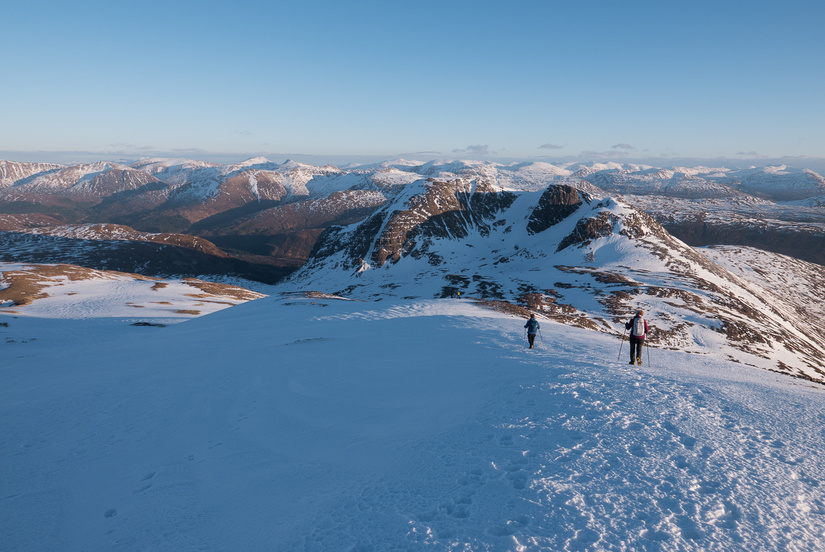 Descending from the summit of Sgorr Ruadh in the evneing light

One Response to “Beinn Liath Mhòr and Sgorr Ruadh”