Walking in the Western Lake District

At the beginning of July I headed up to the Lake District for a long birthday weekend, we spent the weekend with the Avon Mountaineering club in the beautiful but remote Duddon Valley before heading over to Eskdale on Sunday.

On the first morning we woke up to a spectacular day, with almost wall to wall sunshine it doesn’t get much better in the Lake District. There was a reasonably cold wind, but this didn’t matter as we weren’t able to climb as Becky had broken her finger earlier in the week. We elected to walk the obvious circuit from the campsite which included most of the peaks around the Old Man of Conniston.

The circuit was great, with a short walk up a track to a picturesk tarn before making an abrupt ascent up to the ridge which connects all of the peaks. Once we had gained most of the altitude the views were stunning in every direction. To the south west we could see down the Duddon valley and out to the sea, to the north we could see Scafell, Scafell Pike and Crinkle Crags and to the east we could see endless lakeland hills.

When we got back to the campsite we had a bbq with the AMC, while doing our best to keep everything covered due to the midges which were swarming the campsite. 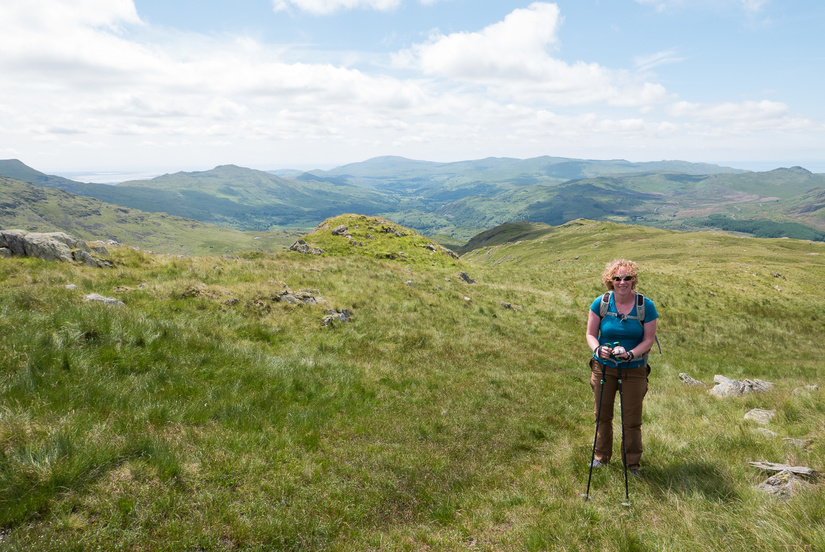 Walking up Grey Friar from the Duddon Valley 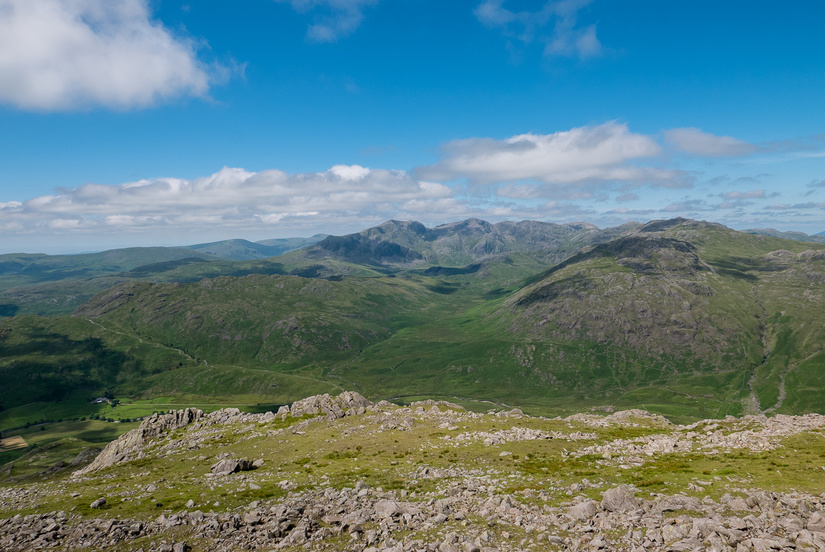 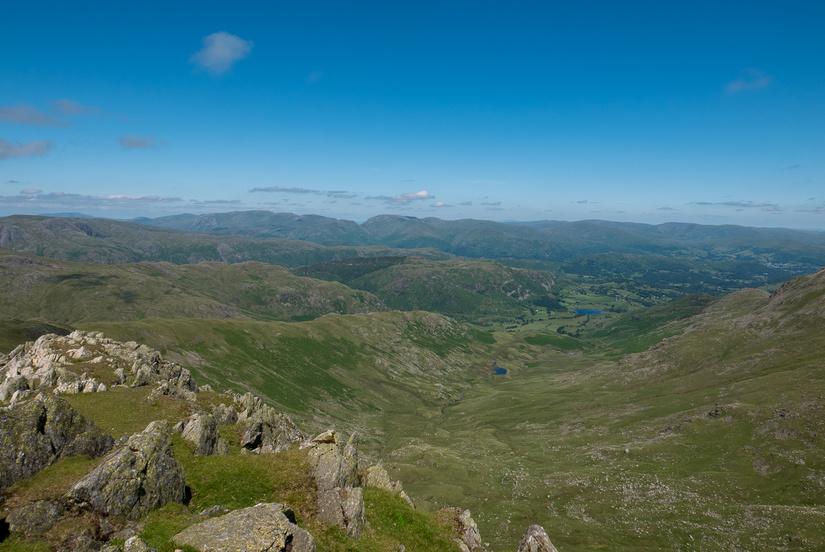 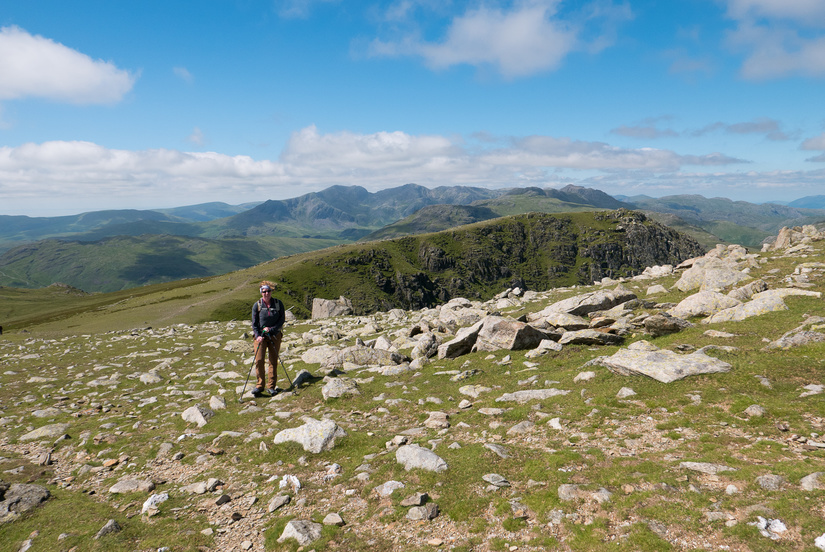 Beautiful views on the ridge 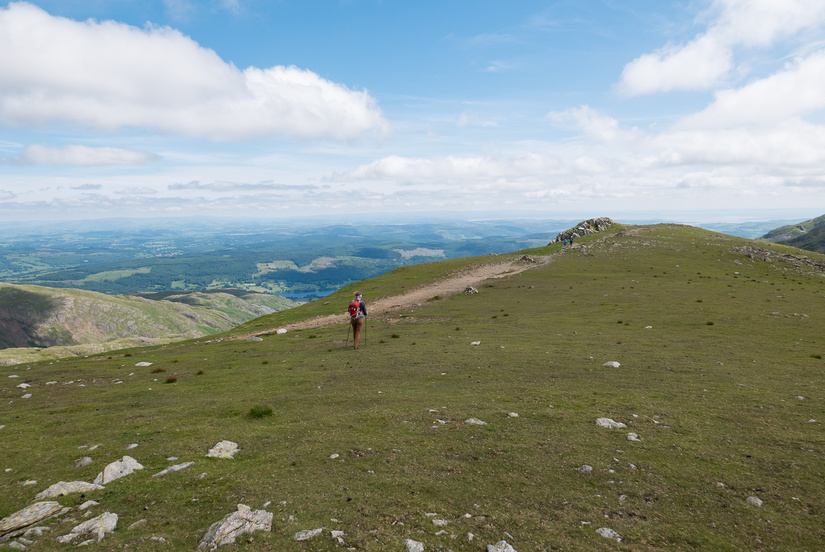 Becky walking towards the Old Man of Coniston 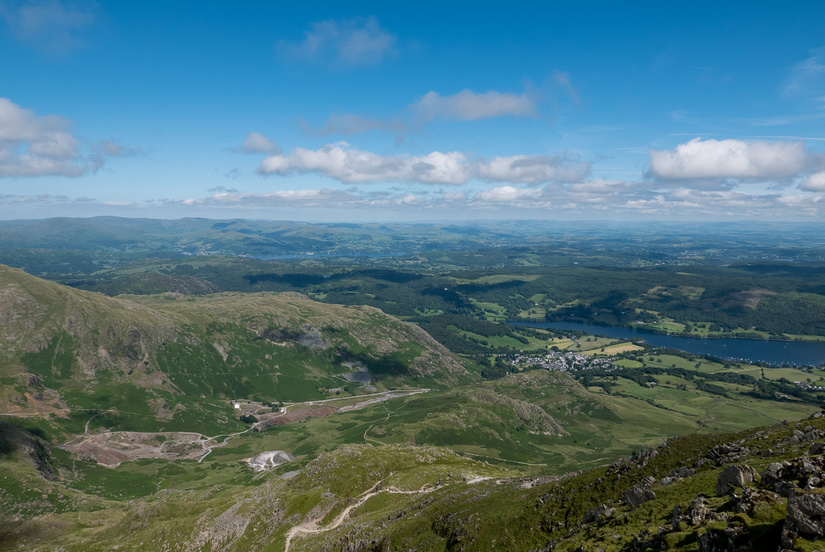 The next morning wasn’t so great, which gave us a good excuse for a lazy morning while we waited for the weather to clear.

As the weather improved we headed up the Duddon Valley and over the dramatic Hardknott pass in the van, before doing a lovely circuit over Harter Fell. For the first half of the walk we were treated to yet more spectacular views of the lakeland fells, however as the walk progressed the cloud built up again. On the descent we quickly admired the Roman fort which was impressively situated high on the Hardknott pass.

We stayed in a lovely campsite in Eskdale that night where we enjoyed the food and large whisky selection at one of the local pubs, which lead to a lazy morning the next morning for us while we hid from the rain in the van. 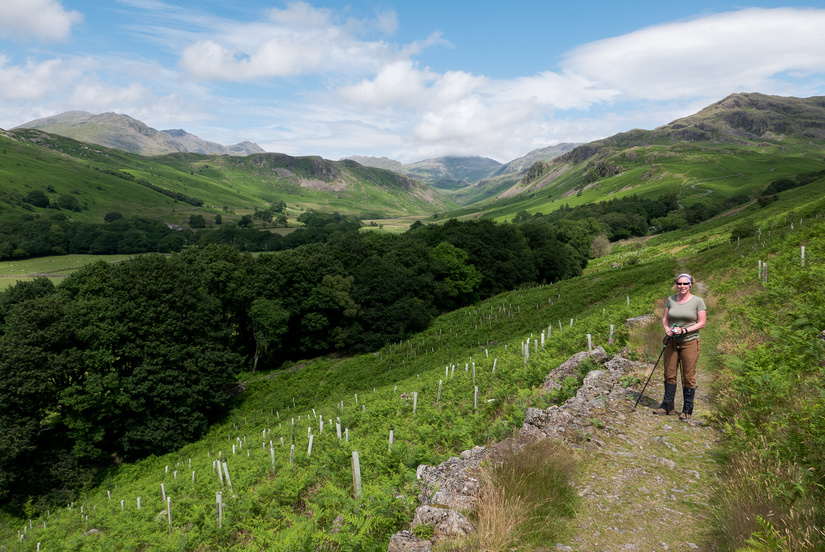 Stunning scenery walking out of Eskdale 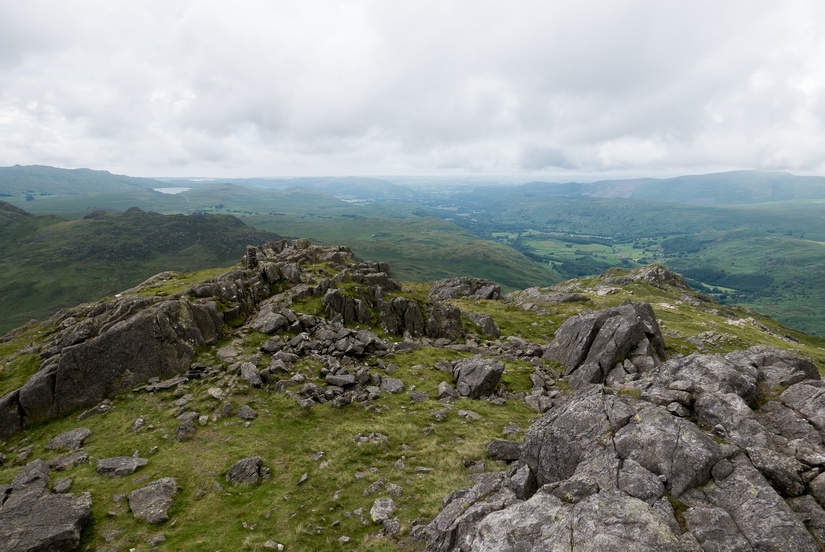 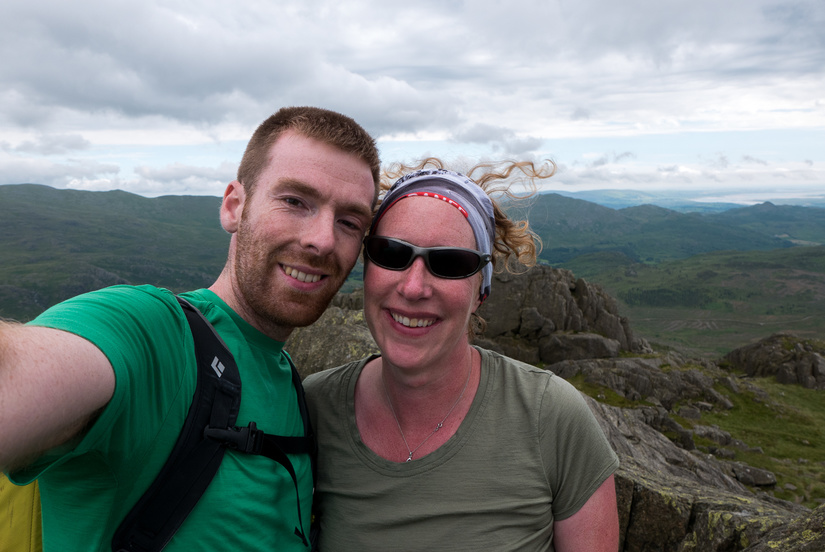 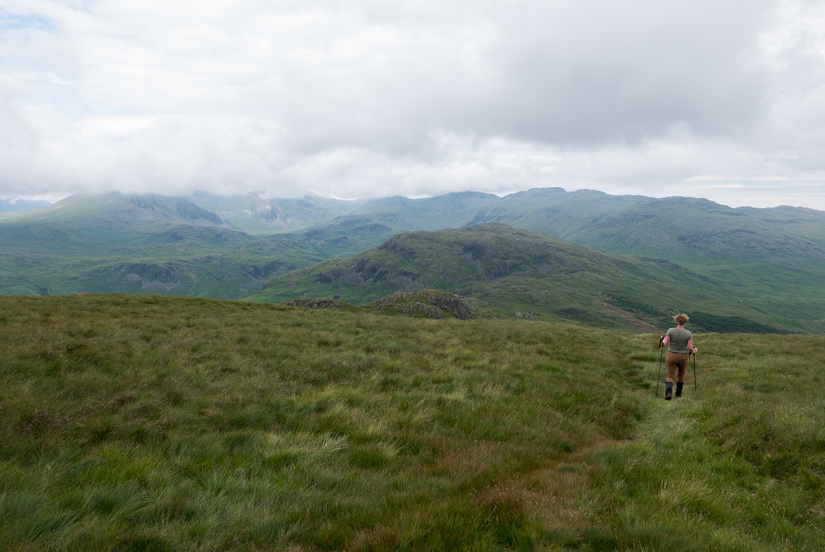 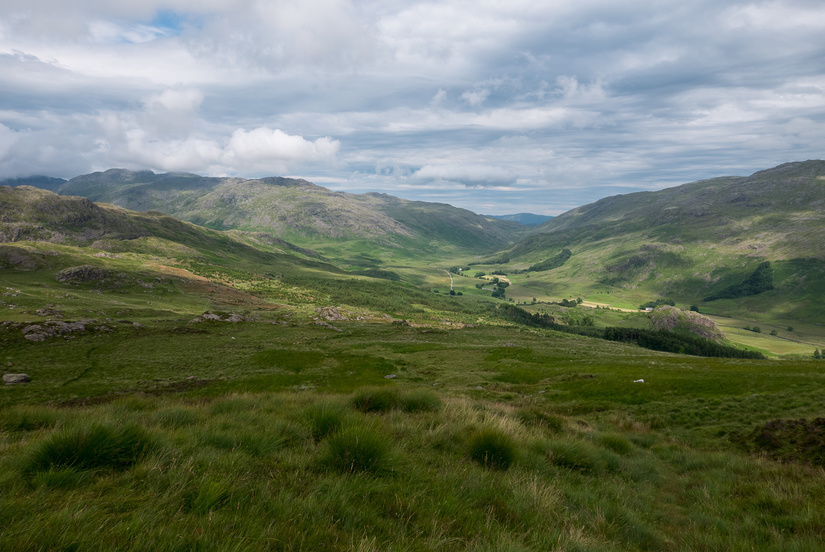 Looking towards the Wrynose Pass 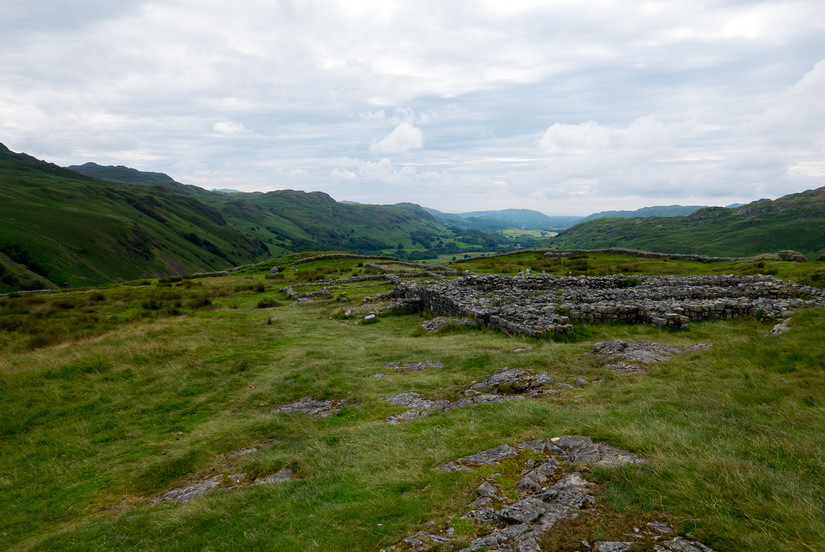 Stunning location for a Roman Fort