This forecast led to George persuading Becky and me that we wanted to go rock climbing, on a mountain crag in the Lake District in January. Initially we were unconvinced, however we did eventually relent and agreed to head up to Gimmer to climb two classic rock routes.

When we woke up we were presented with a cloudless sky, beautiful sunrise and a frosty ground. We sorted our gear out in the Old Dungeon Ghyll car park, and it did feel a bit strange packing to go rock climbing in the mountains with ice on the ground. 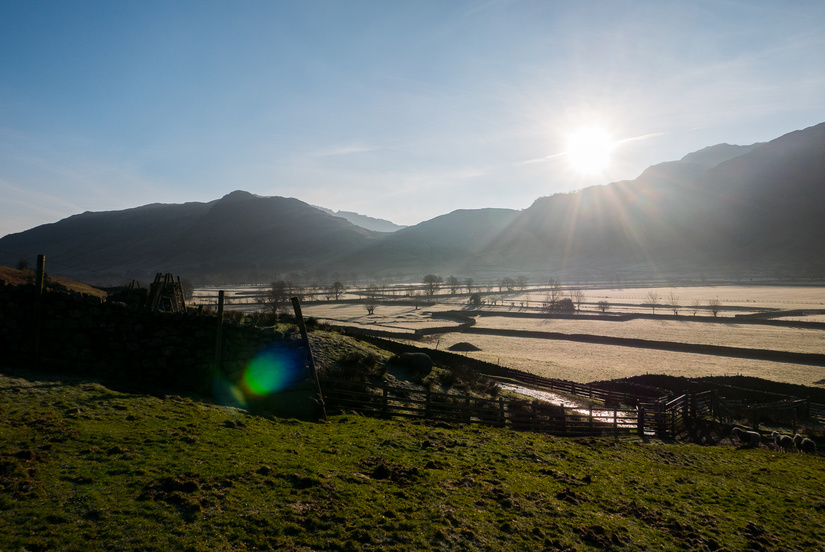 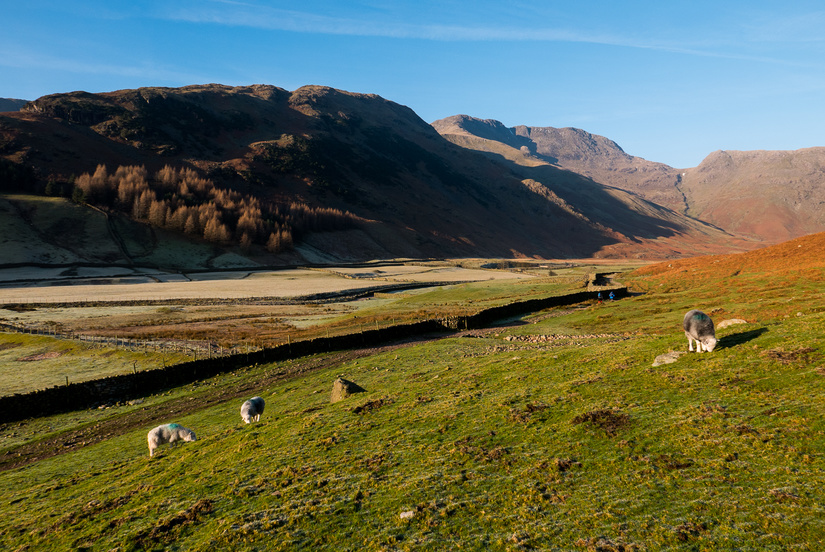 We soon warmed up on the walk up to Gimmer before cooling down again when we headed into the shade at the start of Ash Tree Slabs. I headed up the first pitch which was a bit brutal in the cold morning shade, at one point I couldn’t tell if I was holding onto a good hold or not without looking at my fingers! Thankfully the first belay was in the sun, and we then mostly remained in the sun for the rest of the day which was very pleasant. 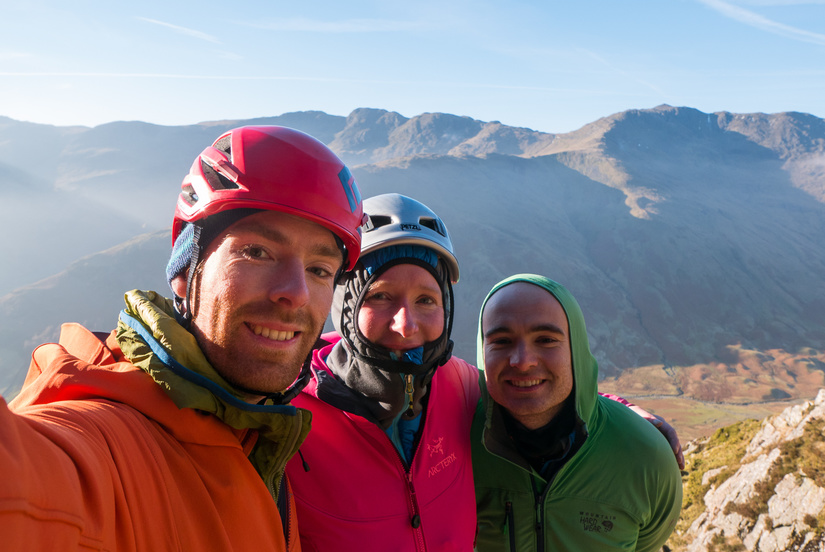 Me on the first pitch of Ash Tree Slabs (© George Cave) 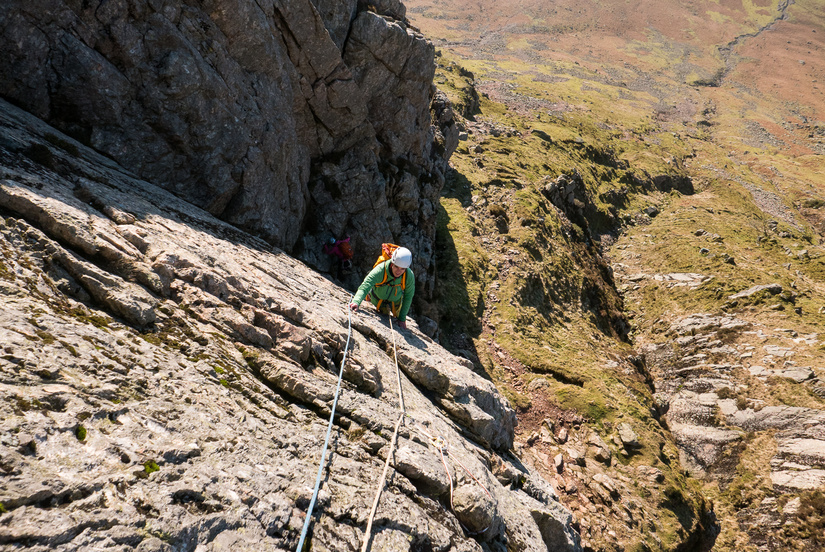 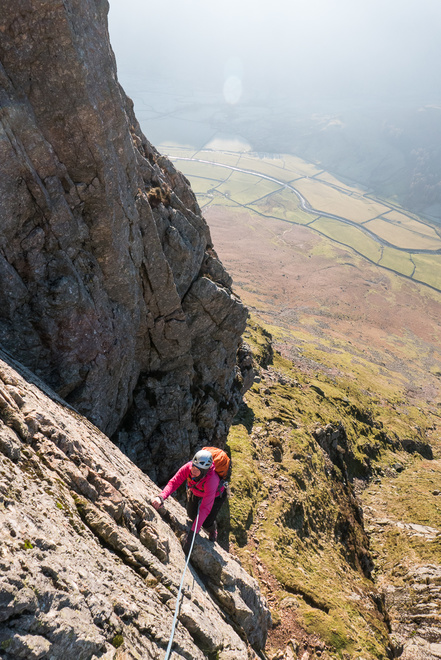 After Ash Tree Slabs we headed over to climb ‘C Route’ which had a surprisingly tough start for a severe, maybe it would have felt easier in rock shoes but I don’t usually expect to be pulling hard on a severe, especially while above gear and close to the ground. The rest of the first pitch of C route was enjoyable and more appropriate for the grade. George then led up to the top and the enjoyable exposed finale.

Me on the tricky first moves of C route (© George Cave)

Me on the tricky first moves of C route (© George Cave) 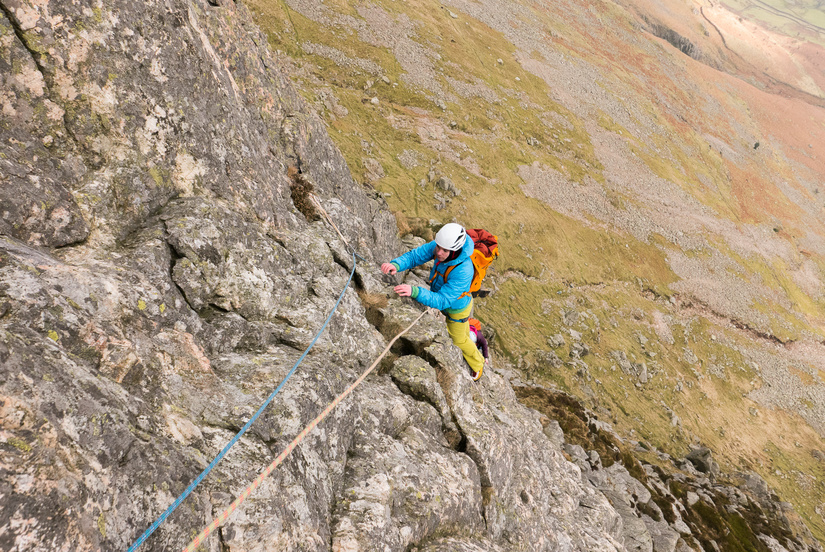 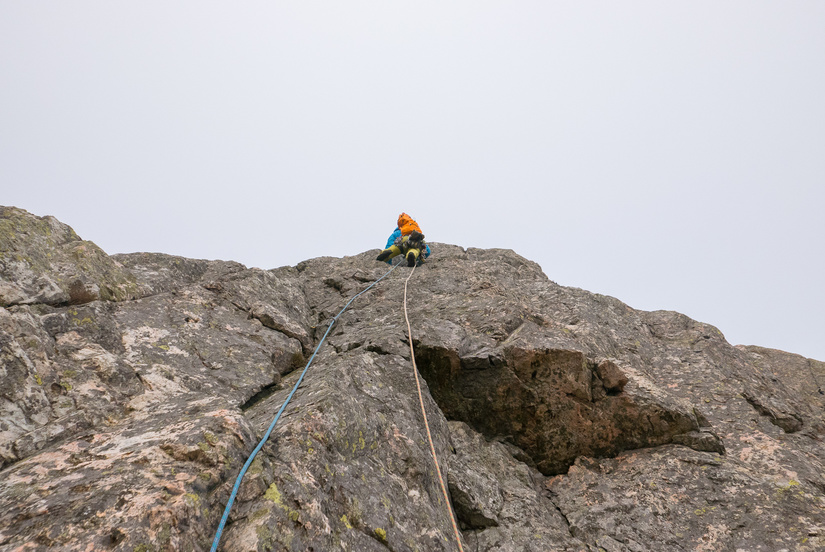 George leading to the top on C Route 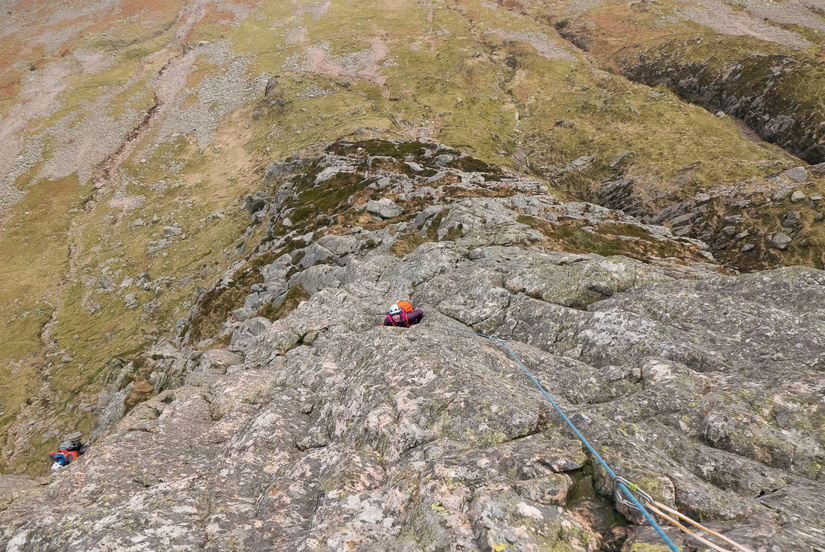 Becky on the final belay of C Route 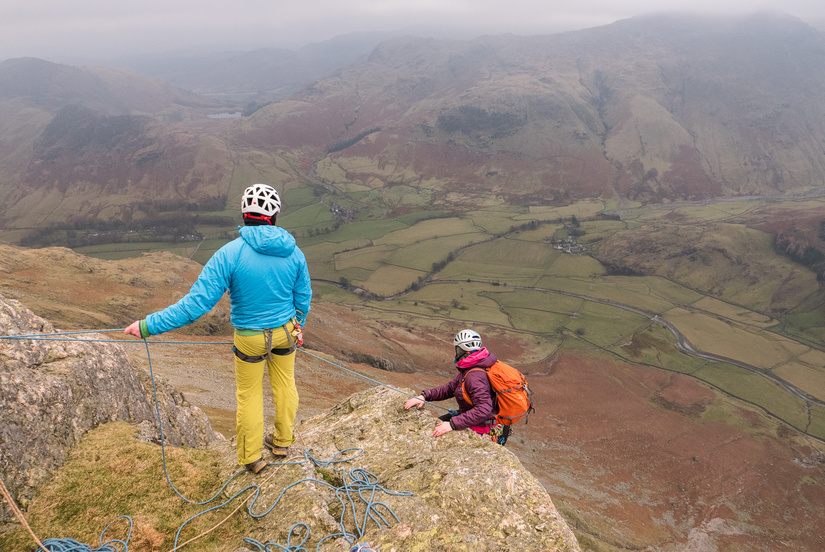 Topping out of C Route

After a quick walk back down we enjoyed a pint at the New Dungeon Ghyll having had an excellent day out involving 2 classic rock ticks and 5 pitches of climbing on a mountain crag in the Lake District, which wouldn’t be a bad day out in the summer but was a very surprising day out in the middle of winter!

Since Scotland at new year mine and Becky’s winter climbing gear had remained in the hidden compartment in my car, which included enough gear to climb some easy rock routes. However, what it didn’t contain was a nut key and instead of carrying our ice axes to remove stuck gear, we used one of George’s inventions from a previous climbing trip, a nut knife! 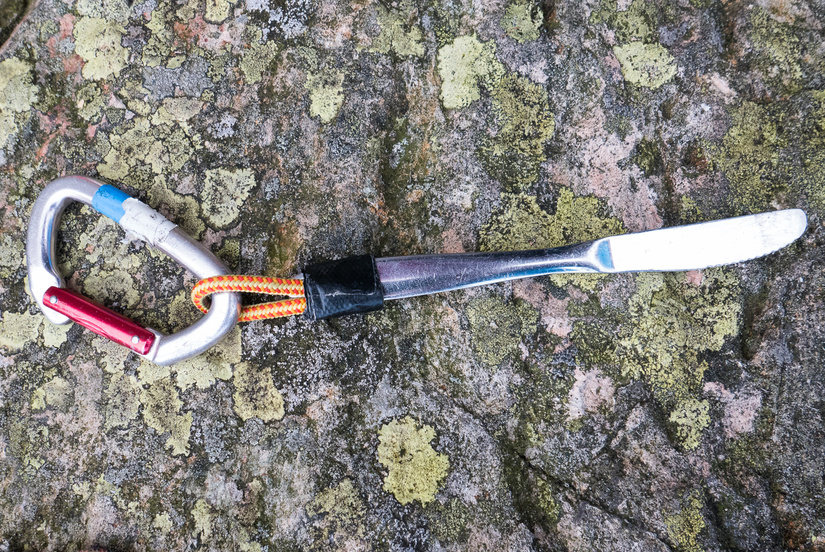