You can take a British climber out of Britain, but evidently you cannot take the British ethic out of a British Climber. While staying in Ailefroide over the summer we were surrounded by hundreds of immaculate, sunkissed granite slabs which were well bolted, after a few days on these slabs we decided to return to our routes and climb a very traditional route which was staring down on us from above the campsite.

The route we headed for was the Fissure d’Ailefride and was an eight pitch chimney on a north facing wall which only briefly receives the sun in the evening. It was mostly traditionally protected, however there were bolted belays and there was the odd bolt at some of the harder sections. It had been recommended to us not to take a bag, which turned out to be very worthwhile advice! 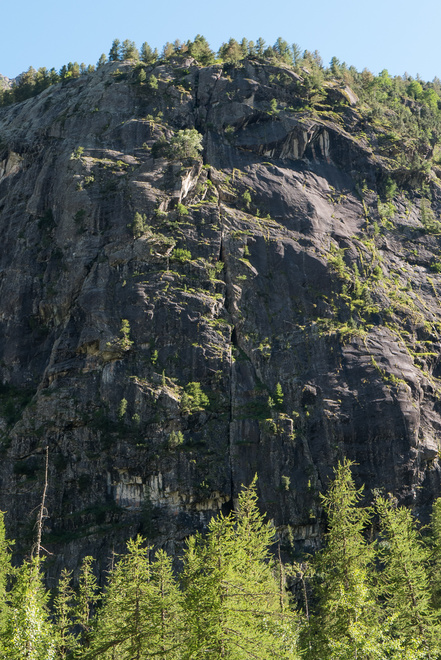 Fissure d’Ailefroide in the Evening Light

The Fissure can be seen in the above photo splitting the crag up the middle. While walking into the crag we were feeling very British, and were slightly bemused to find a French couple just starting the route ahead of us! It wasn’t long before you had to get involved with the chimney, it was in fact on the first pitch and it then continued until the top. 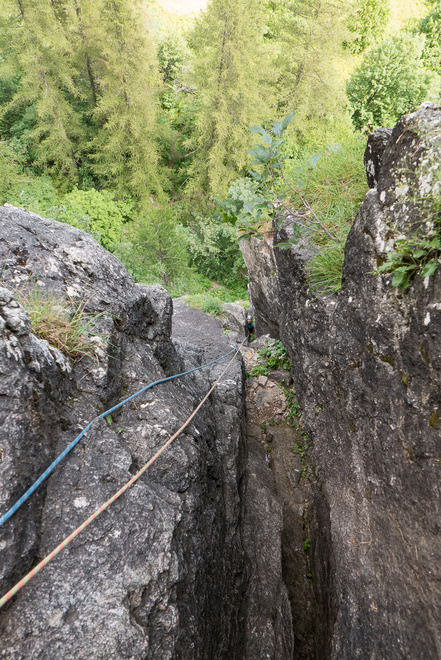 The start of the chimney

The start was pretty straightforward, but it was a sign of what was to come. The next pitch had some entertaining moves out from the back of the chimney, before having to pull around the lip. Which lead to some unexpected exposure given that we were in a chimney.

For the next pitches, I took the challenge to heart and refused to leave the chimney. This created some excellent climbing which was great fun and was surprisingly well protected. The penultimate pitch was by far the technical crux as it actually had some normal climbing on and some strenuous undercut fist jamming, but was perfectly climbable in approach shoes. Given the amount of tat on this section, I think most people aid it. 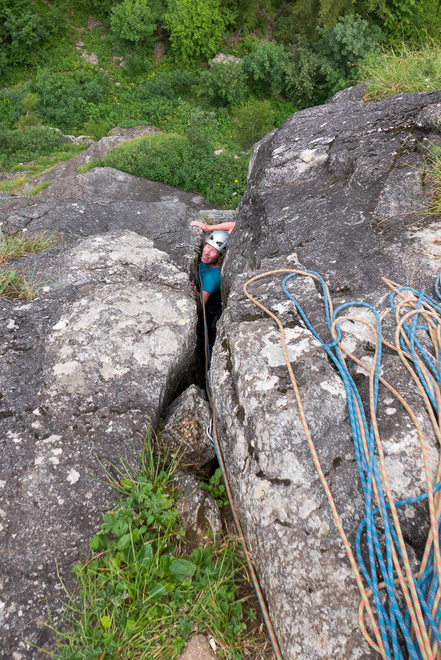 Getting invovled with the chimney 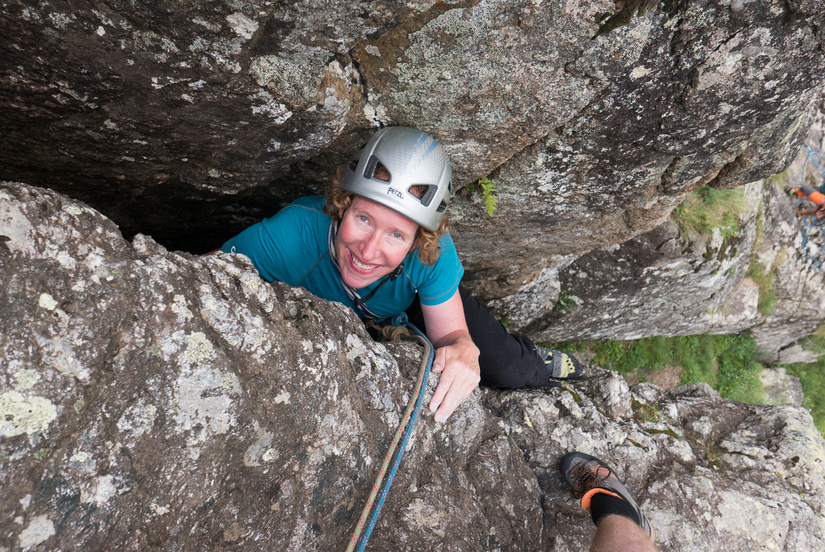 Emerging into the light 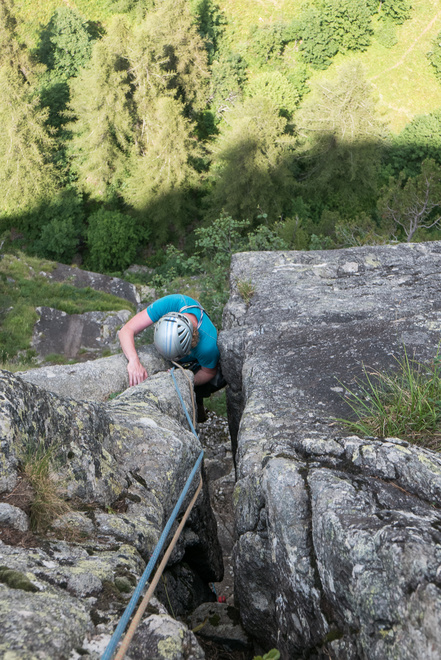 Emerging from the dark, into the shade

From the penultimate belay the description was for an ungraded pitch, which was a tad misleading given that the pitch was unprotected and involved full on chimney climbing! After we had finished the route we could see that bad weather was coming in, and after some deliberation we elected to abseil down, rather than walk as we thought it might be quicker.

By this point in the trip we had done a lot of abseiling and we were starting to get pretty slick. We made excellent time getting down and two minutes after we got back to the van the heavens opened. 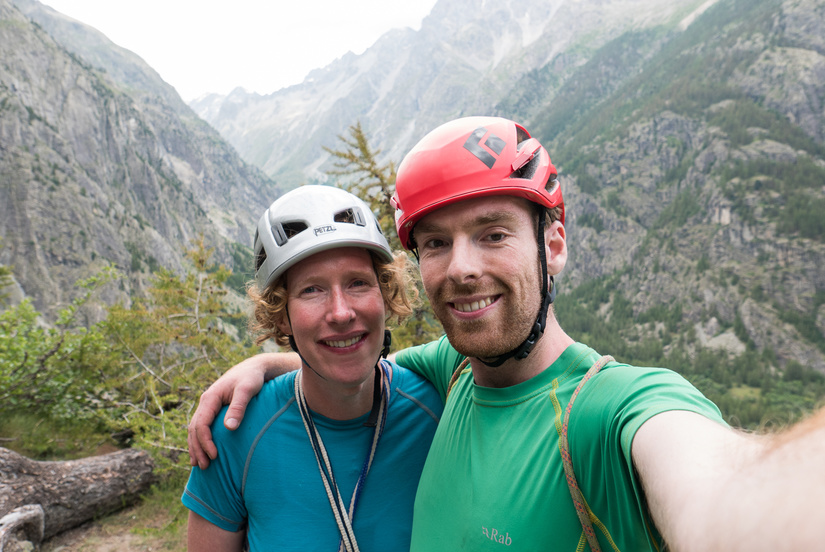 At the top with the rain incoming