The weather forecast for today wasn’t great, snow and about zero degrees air temperature. Due to this we decided to head to Ozzimosis so that everyone could get some more milage in. Unfortunately we didn’t make it up the mountain road due to ice so aborted that plan and decided to head to the Lower Gorge.

After a slightly exciting descent, we were soon in the base of the gorge. It was a very atmospheric place and I was glad to find that the river was mostly frozen which meant it was easy to move around the base. Hjemreisen, the classic WI4, was looking fantastic but unfortunately due to the warm conditions it was dripping a bit too much to be able to enjoy the climbing.

We headed around the corner to the classic WI3, LP-plata. I lead up the steepest line and after much faffing fixed two top ropes for the others to climb the route. It was just about possible to top rope from the top of the main fall with a 60m rope. The route was great, with generally sustained climbing with one steeper step in the middle. It was great to be on a route which was less travelled so there were no previous pick placements on the route.

After everyone had completed a few laps of the route, Mark lead his first ice climb up the RHS of the fall while Becky and I headed over to Trippel. Looking up the route from the bottom it was fairly impressive, and the top looked like it was a long way up. It turned out to be 65m away…

The climbing was enjoyable with a few steep steps but it was pretty wet in places with some very soft ice. The weather started to deteriorate as we finished so we decided to call it a day after this given how wet our gloves were! 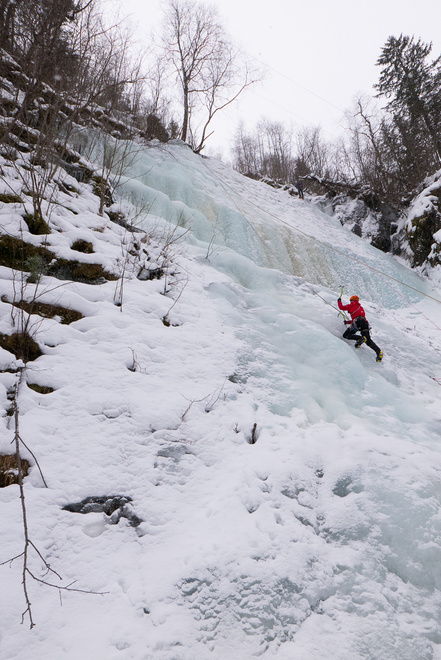 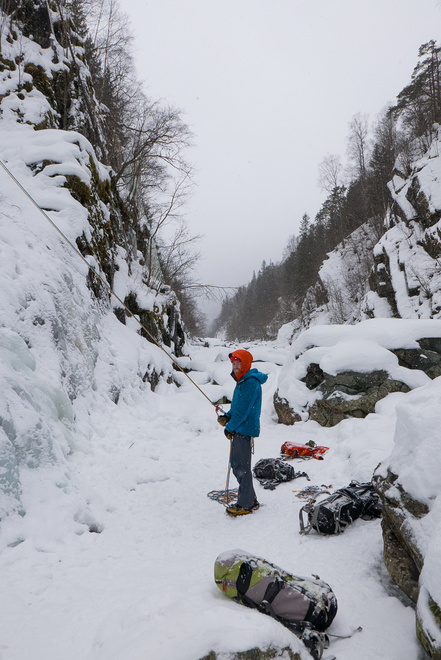 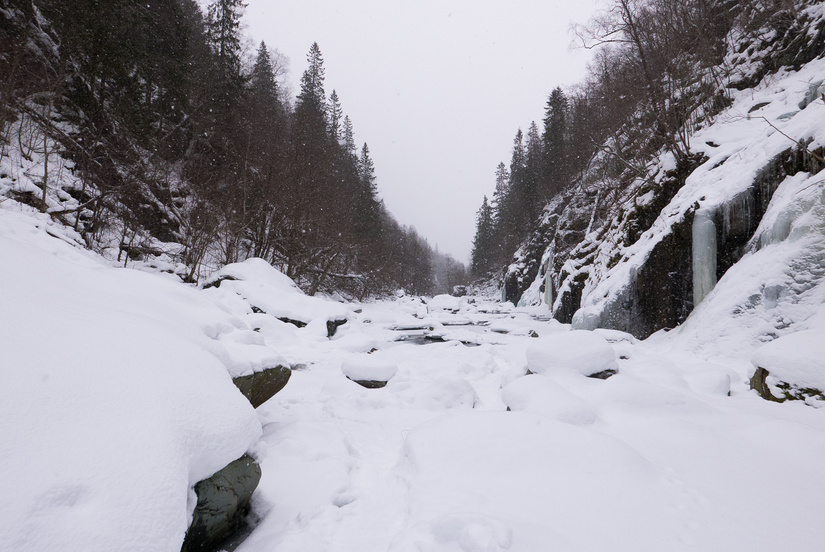 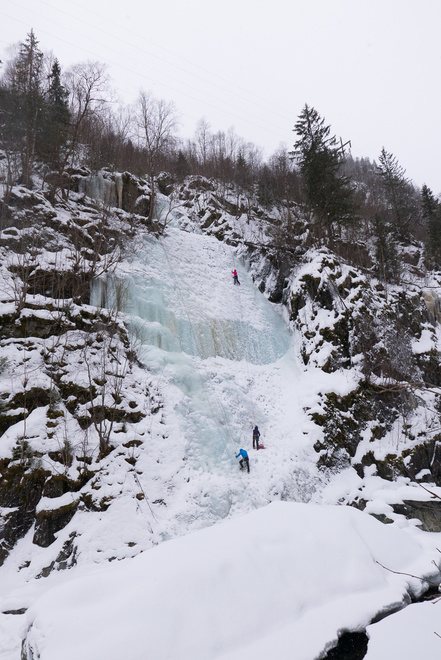 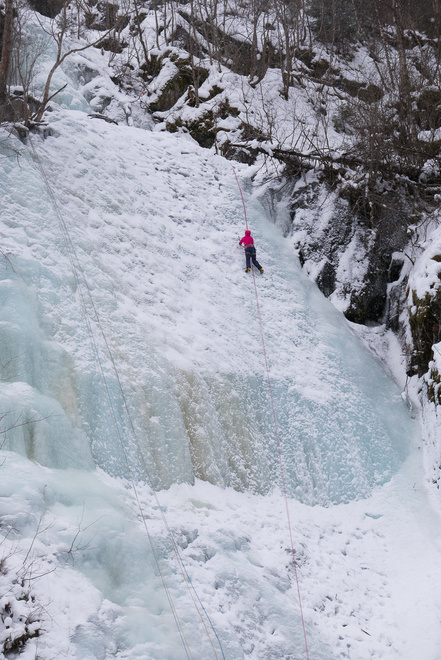 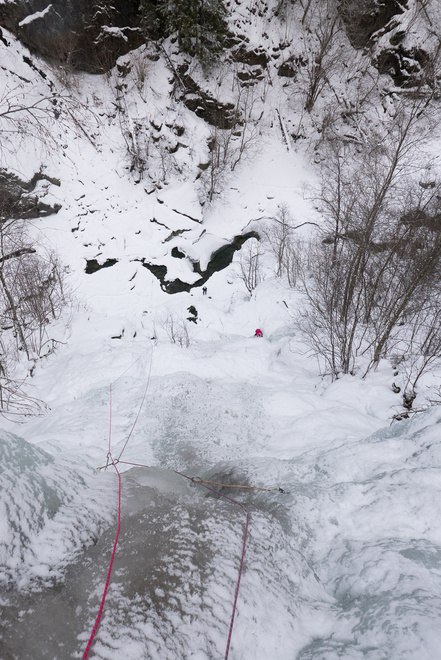 Long way down on Trippel 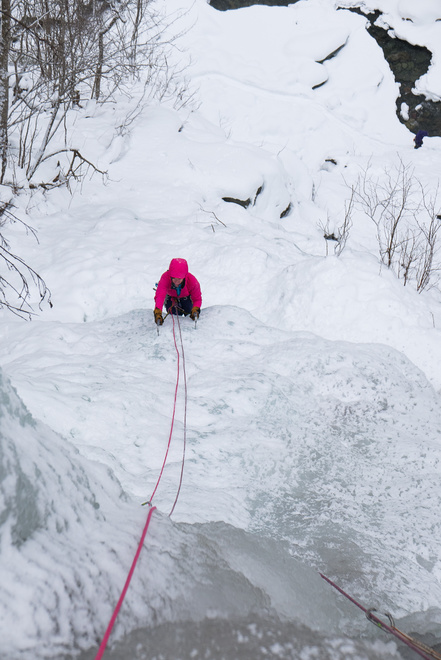 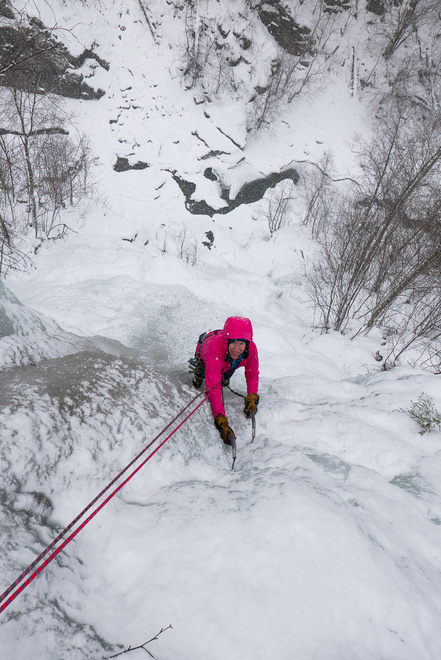 At the end of the hard climbing on Trippel 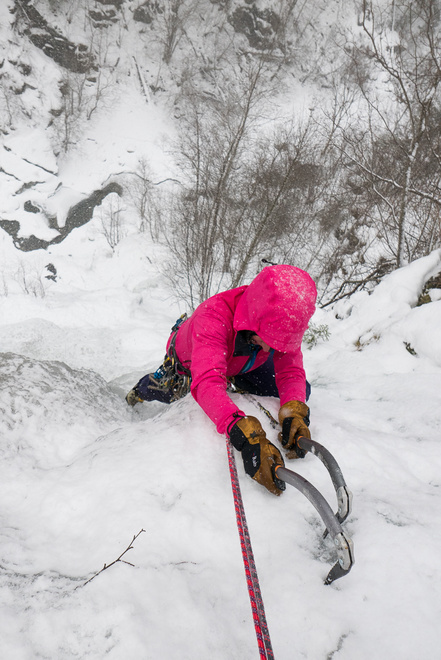 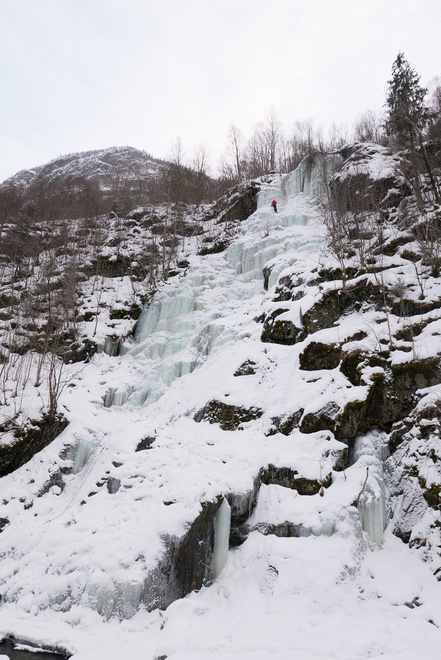