After two rest days I was pretty keen to get out today, despite the less than ideal forecast. After yesterday’s turbo thaw it was unclear what would be left and how quickly it would refreeze with the slowly dropping freezing level, so we decided to head high. Glencoe seemed to have a lower avalanche forecast so we headed up to Stob Coire nan Lochan with the aim of climbing Twisting Gully.

We left the car in the rain and proceeded to get fairly warm making the walk up fully covered in goretex, however the walk into SCNL is fairly short and we were soon at the snowline. We were just behind a guided group heading for Dorsal Arete as we arrived in the lower coire and were grateful to follow their steps up into the main coire. 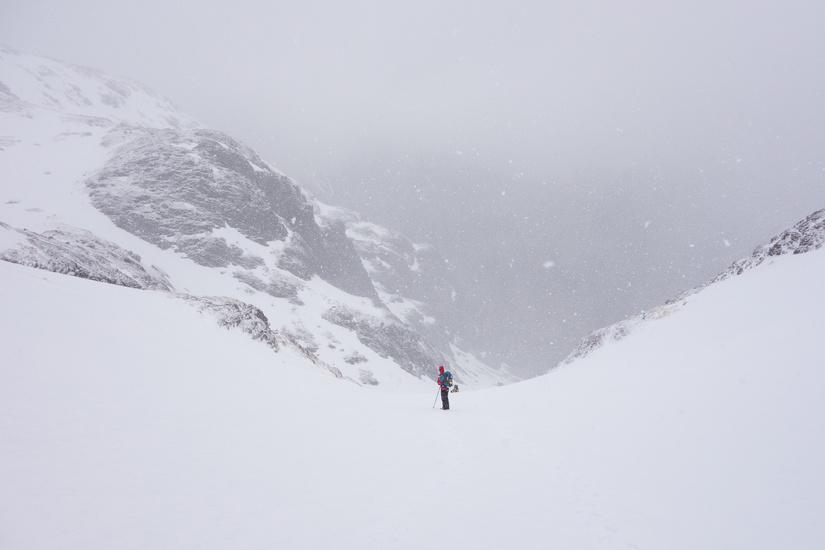 Snowing on the ascent 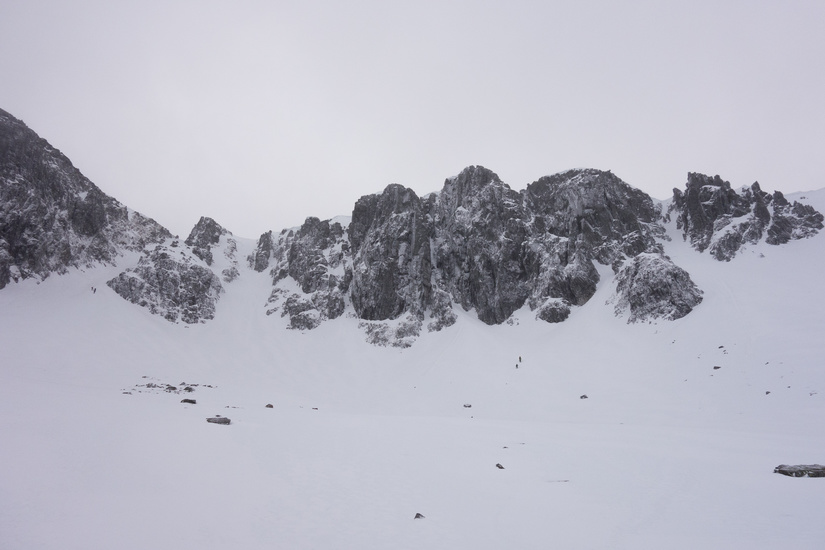 As we ascended we began to notice the snow refreezing and were starting to feel more optimistic as the weather seemed to clear up as we were approaching a gearing up rock. While we were getting ready there were even some views up Glencoe.

The ascent up to the base of Twisting Gully was reasonably tiring, but by the time we got into the gully the snow had properly refrozen and we soloed up to the first belay on good neve. The first pitch was covered in powder thanks to the copious amounts of spindrift which were pouring down the pitch. There seemed to be good ice where it was helpful on this pitch and the climbing was enjoyable, although I was glad I didn’t feel the need for much gear as digging for it would have been a slow process. Jon and Christian arrived at the belay loving their first experience of a descent amount of spindrift. 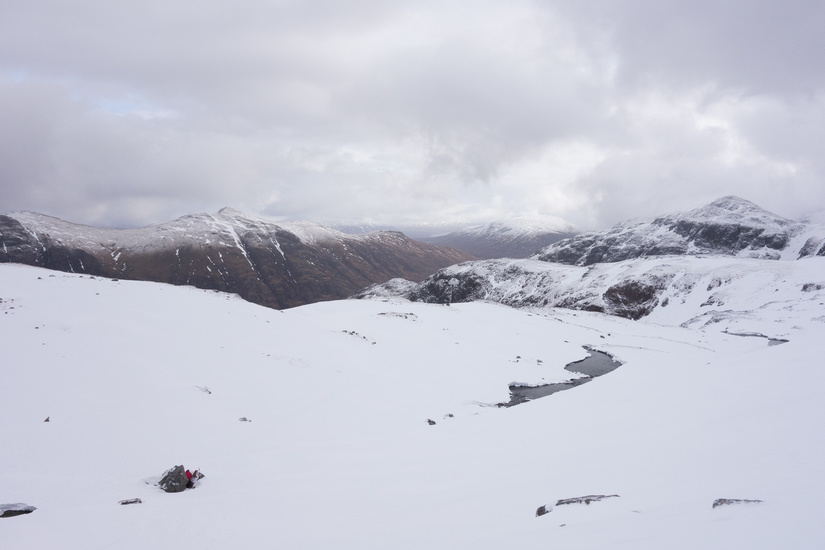 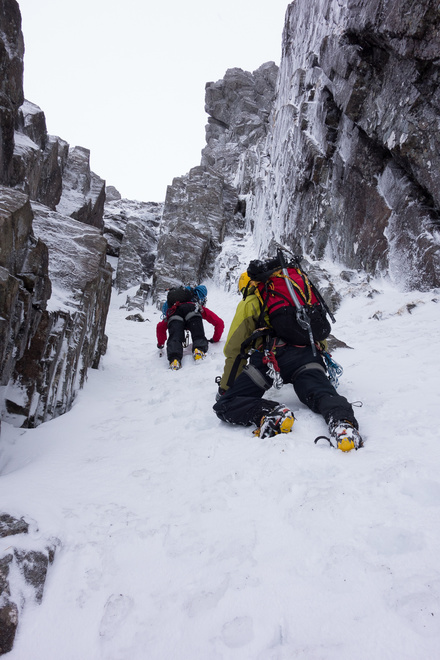 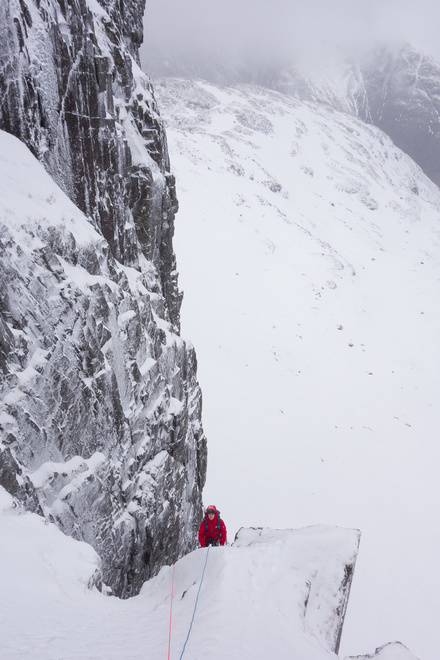 Near the end of P1

The next pitch was a short chimney which was another enjoyable but very short section of climbing up to the penultimate belay. There was excellent snow-ice on this pitch which made the climbing easy and we were all soon at the the last belay. I set off up assuming that I would easily make the cornice in this pitch, but it was further than it looked and before I knew it I had run out 50m of rope as I was approaching the small cornice. After trying not to get blown back down the gully while cutting a slot in the cornice I pulled myself into the pretty horrific conditions on top with 40mph winds which were gusting to 70mph, which caused me to crawl to the belay and did a good job at blowing me over while trying to make the belay. 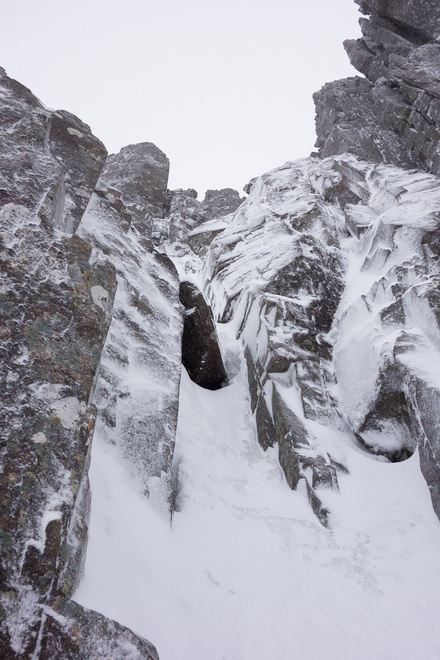 The chimney on P2 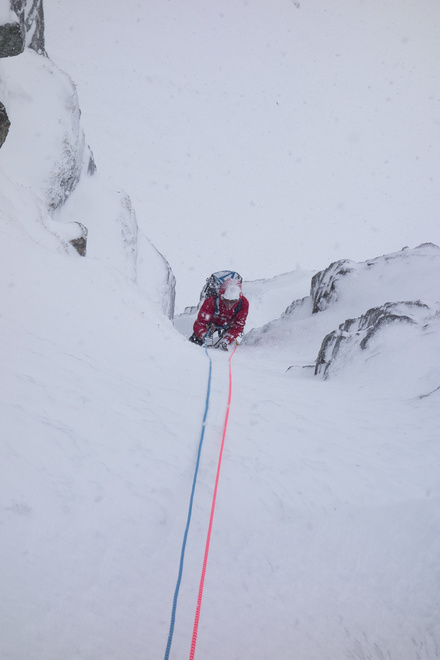 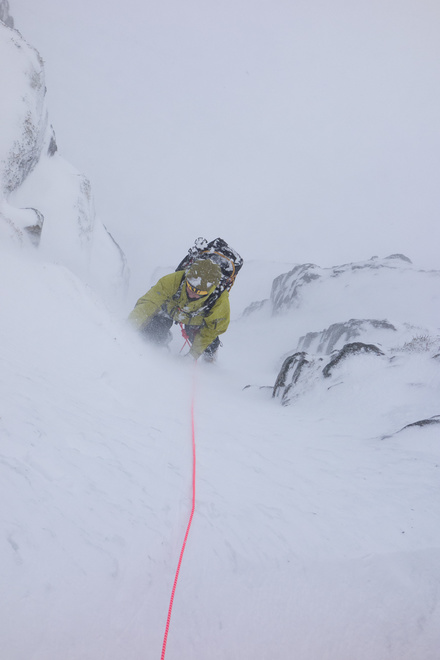 Jon after some spindrift 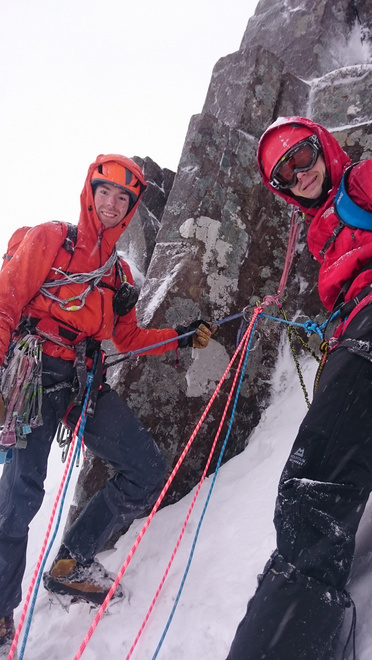 I made the mistake of not putting my belay jacket on, but thankfully the boys didn’t take too long on the pitch and we were soon coiling the ropes and quickly made out way to the top of broad gully. Windslab was starting to build up in Broad Gully, it was often possible to avoid the windslab but this wasn’t possible, it was only a thin and reasonably well bonded layer. 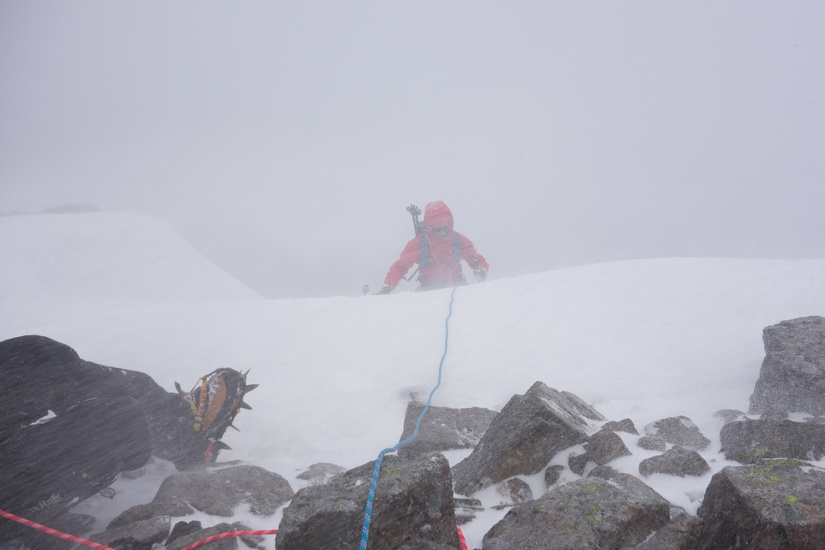 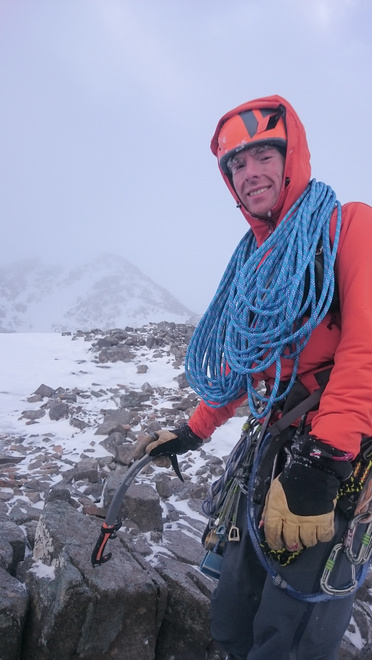 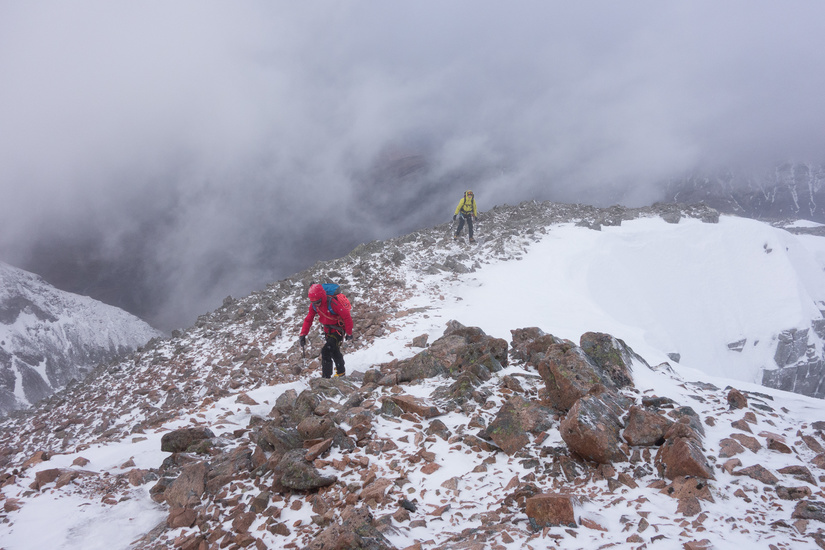 Heading up to the descent gully 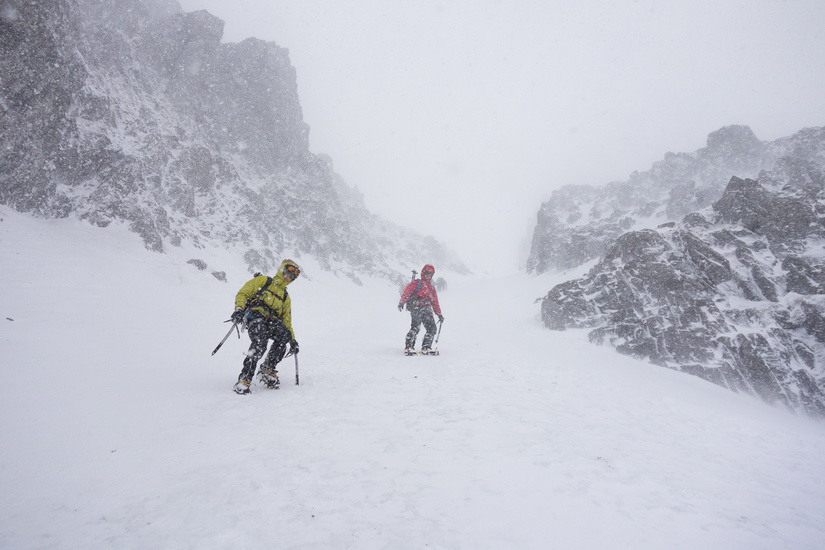 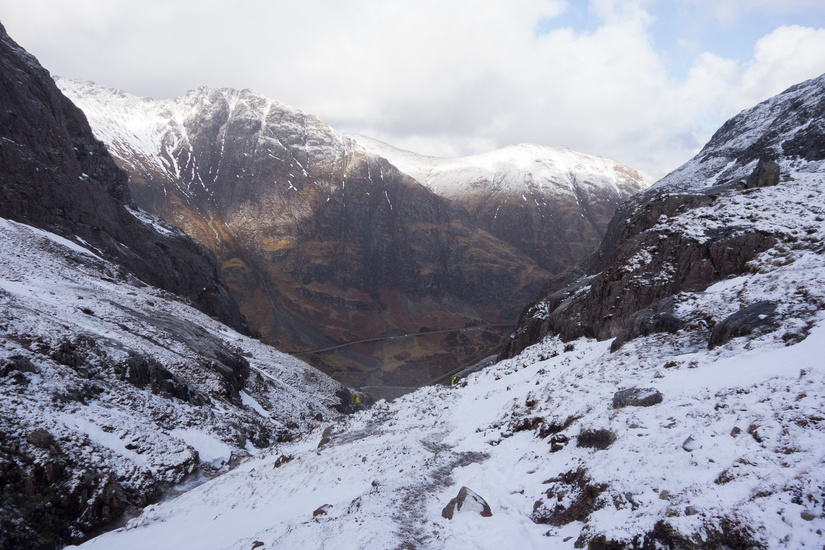 Nice views on the descent

Initially we had thought about climbing SC Gully as well, however given the spindrift and conditions in the coire and on top we decided to head down and save ourselves for a big day on Ben Nevis tomorrow. There were nice views on the walk out which was mostly dry until the last 10mins where we got a good soaking.

After two days sitting around doing nothing it was great to get out again and experience some pretty full on Scottish conditions. I have had a pretty good week so far with 5 days out of 7 on the mountains and have now ticked 4 routes from “Cold Climbs”, and will hopefully add another one to that tomorrow…