Walking on the Black Mountain

I have just returned from a rare weekend away walking in the mountains of Wales. On Friday after work I headed out to the Back Mountain with the Avon Mountaineering Club for a fun weekend of walking, drinking and playing silly games. We were staying in the quiet valley of Ystradfellte, as per usual in winter we arrived in the dark so it was great to wake up and be greeted by views the next morning. 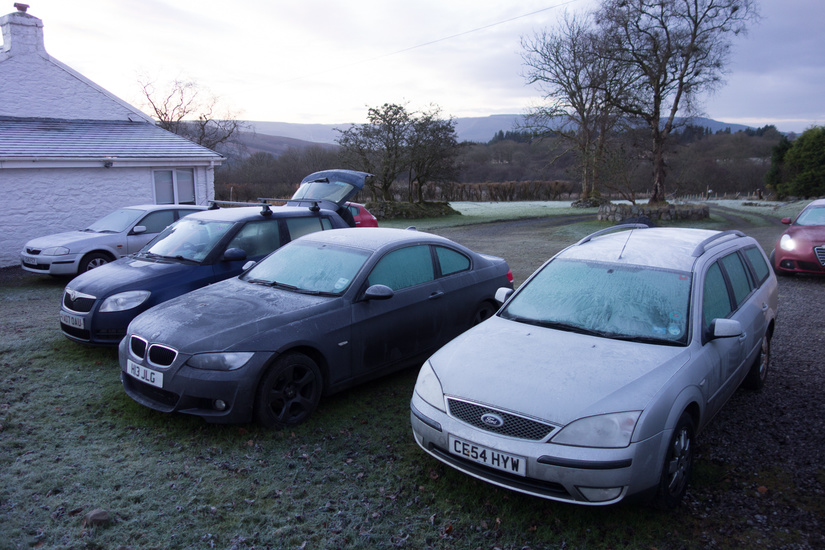 In order to make the most of the weather we made a reasonably early start, defrosted the cars and headed over to Glyntawe which was at the base of an obvious ridge up to Fan Brycheiniog. We were supposed to be meeting Phil at the car park, who had decided it would be a good idea to get up 2 hours before daylight and walk to meet us there! This didn’t quite go to plan and he was a bit delayed, so Pete and I decided to stay and wait for him while the others headed up the mountain, the idea was that we would catch them up.

Phil was only shortly behind and we headed off in hot pursuit. The walk up the mountain was fairly straight foward, following a faint path which was pretty steep to begin with. After a while it eased off and we could see the others a fair way ahead of us, but we were in no hurry as we were walking along and enjoying the scenery and atmospheric clouds. We very nearly caught up with them at the summit, as they were walking into the mist as I arrived, but we had to regroup and regain our breath after the last ascent. Somehow in the mist at the top we managed to pass them without seeing the rest of the group, which was a shame.

After a surprisingly un-boggy walk back along the valleys, we were soon at the final descent and in sight of the pub, beer and a fire which were much appreciated after a cool day out in the wind. 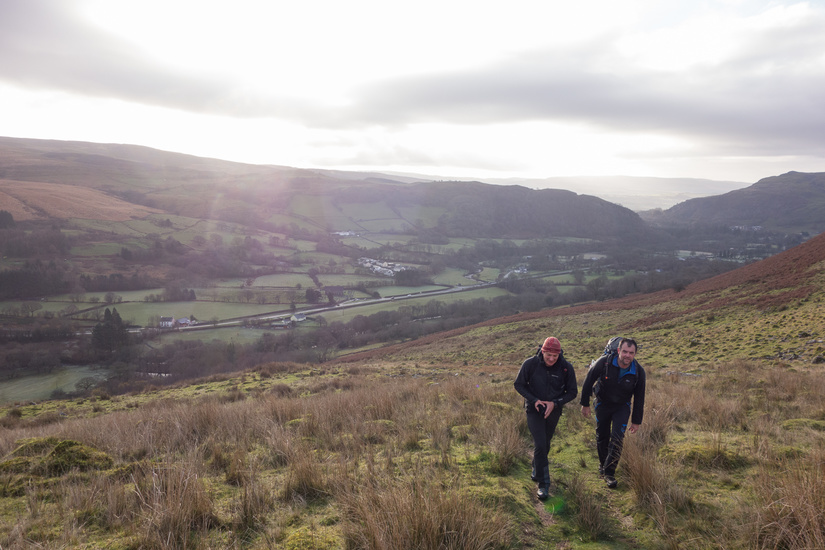 Walking up in the sunshine 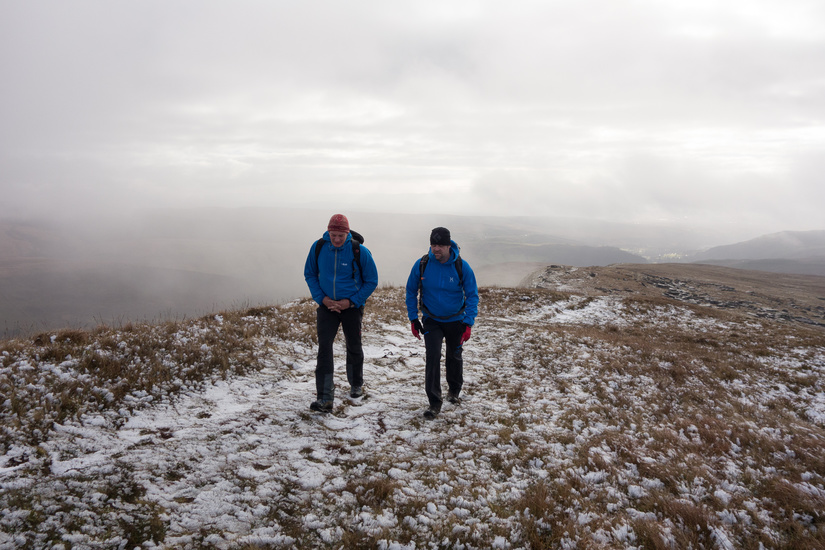 All a bit more wintery 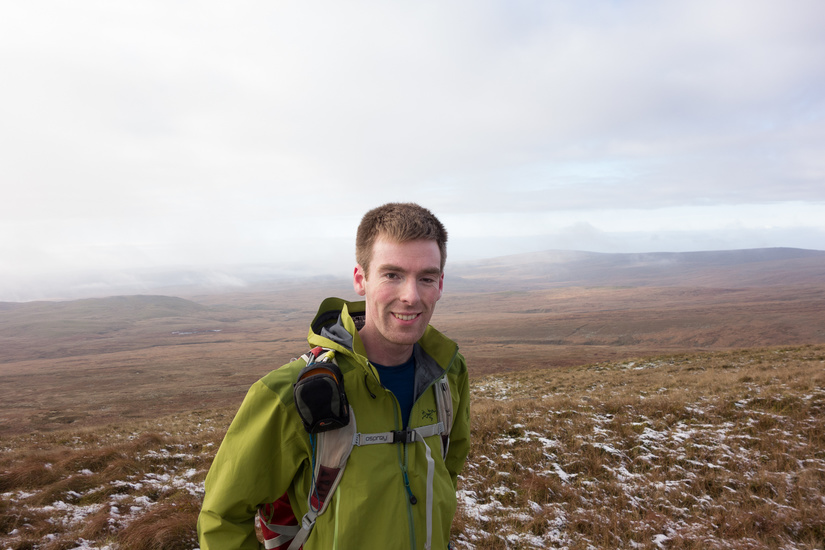 A rare photo of me 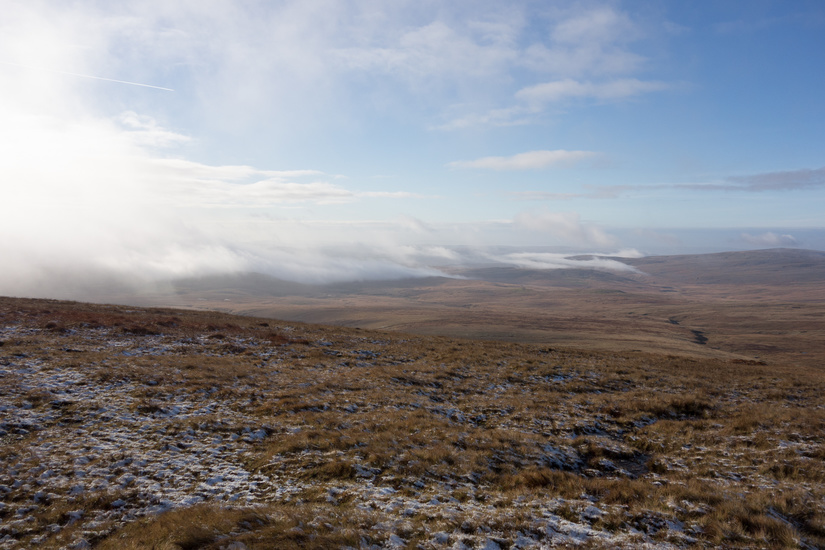 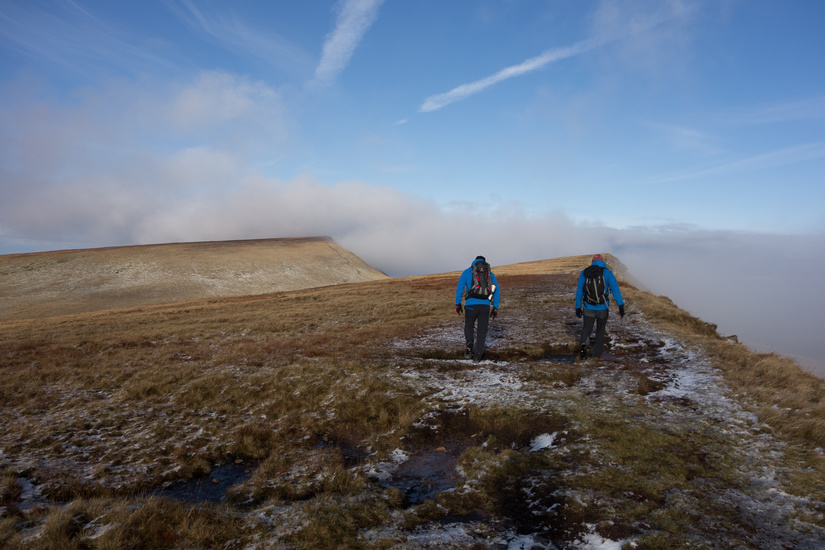 Up the atmospheric ridge 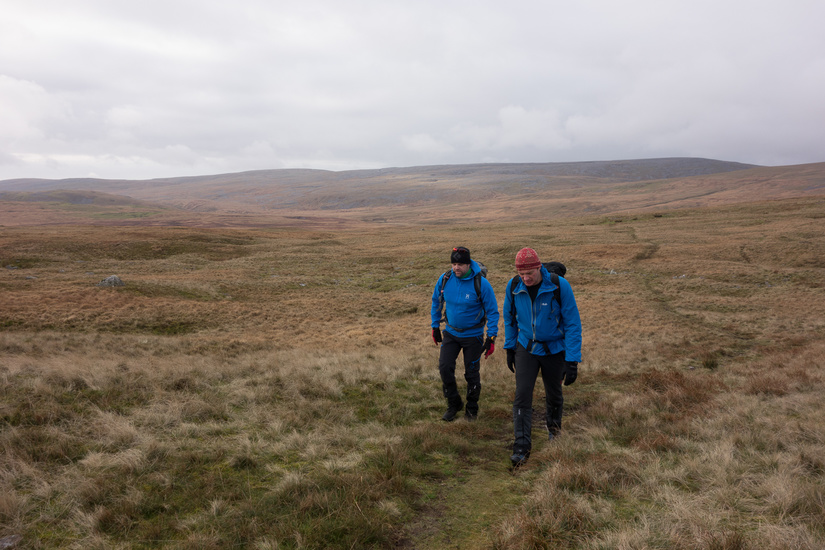 On the way back

For the past 5 years, every year at this time I have done part of the Ystradfellte waterfall walk, but always the same half. This year I  broke the trend and we headed off on the other section as a lazy Sunday walk. It turned into a wonderful morning out in the sun, with a bit of Welsh weather thrown in for good measure as well. We had completed the walk by lunchtime and headed for an excellent roast dinner. 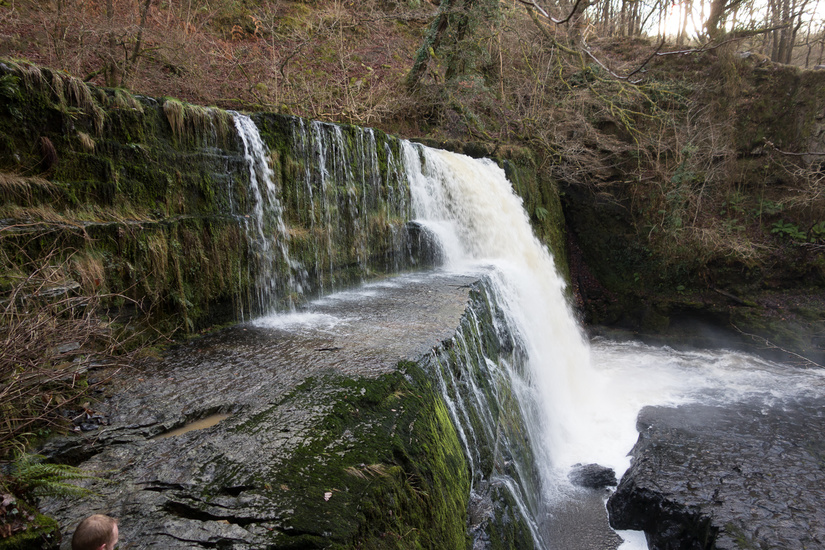 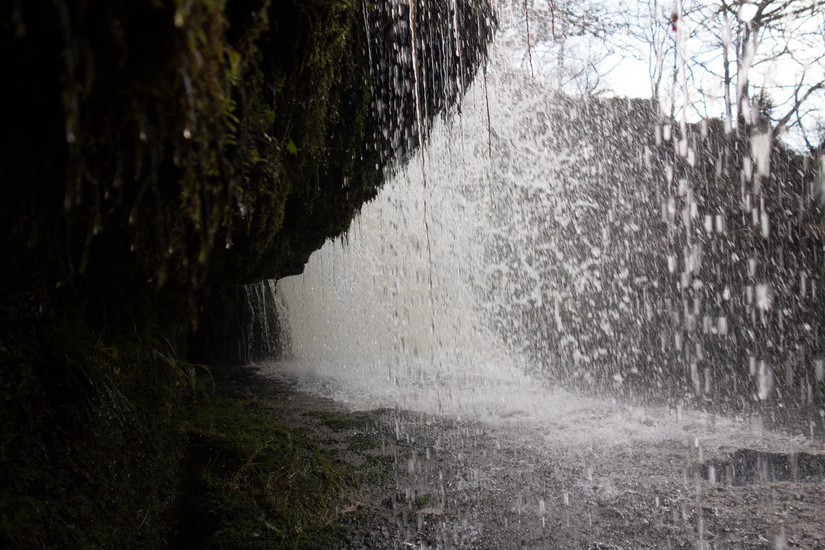 An attempt at being arty 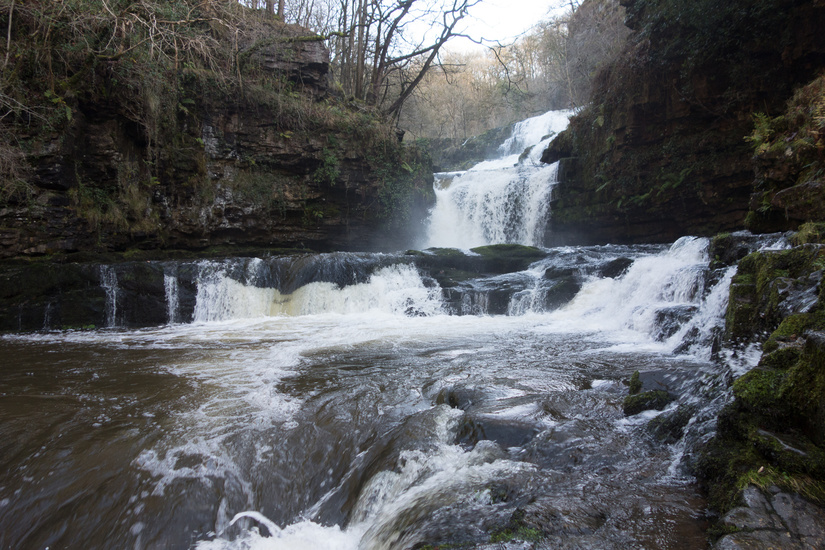 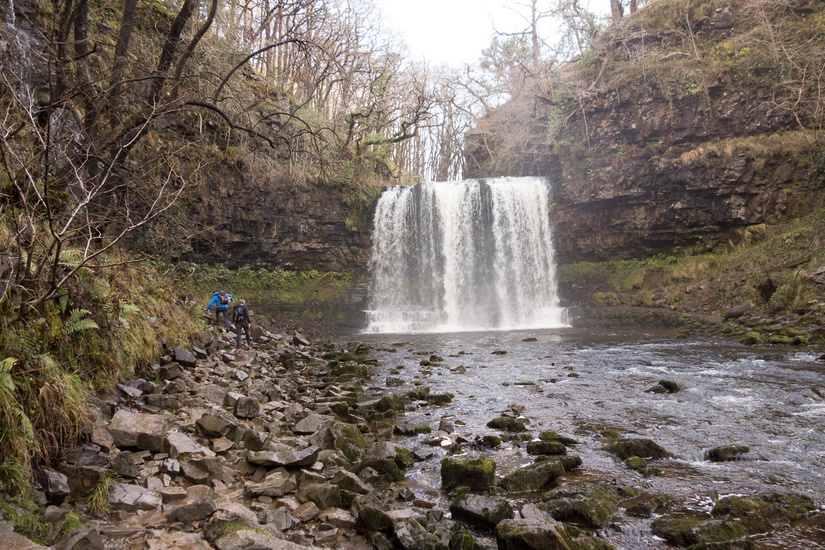 Ok, this one is quite large!