Another good weather forecast meant we could get another day out winter climbing, however due to the avalanche risk it was necessary to chose a route carefully. We decided to head to Lurcher’s crag to climb Central Gully as it was west-south-west facing and we knew that it had been climbed recently.

After my big day yesterday I was feeling very tired this morning when I woke up and wasn’t feeling too optimistic due to cloud cover and drizzle. However, as we drove over to the Caingorms it began to clear and we had a fantastic walk in with beautiful scenery. Snow conditions under foot were great due to having refrozen, however the route through the Chalamain Gap was awkward with iced up rock and lots of wind and spindrift being funnelled through the gap.

The view down the Lairig Ghru as we traversed around to Lurcher’s crag was fantastic as it was lit up in the sunlight, however it was an awkward traverse with more icy rocks. We were expecting to be following others up due to the footprints in front of us but thankfully everyone else headed up a different route apart from one team who was half way up when we arrived. K9 looked like it was in great condition and was nice and fat, a team did head up towards it but I don’t know how they got on.

The snow in Central Gully was fantastic and most of the way we could ascend on fantastic neve, which was wonderful after 2 weeks of swimming up wet snow. Unfortunately the two low icy steps on the route were rotten and unclimbable due to the sun, however I don’t think it would take them long to be climbable. We soon arrived at the middle pitch and it was great to get on some good ice, even if it was only about 10m, above this there was some good water ice scrambling to get to the top.

The plateau which we descended was very wind scoured and covered in ice, while we were descending the wind very quickly picked up and we were glad to be descending. Today was a great way to end my 2.5 week trip to Scotland with some ice climbing and sun with fantastic views.

Stunning weather on the walk in 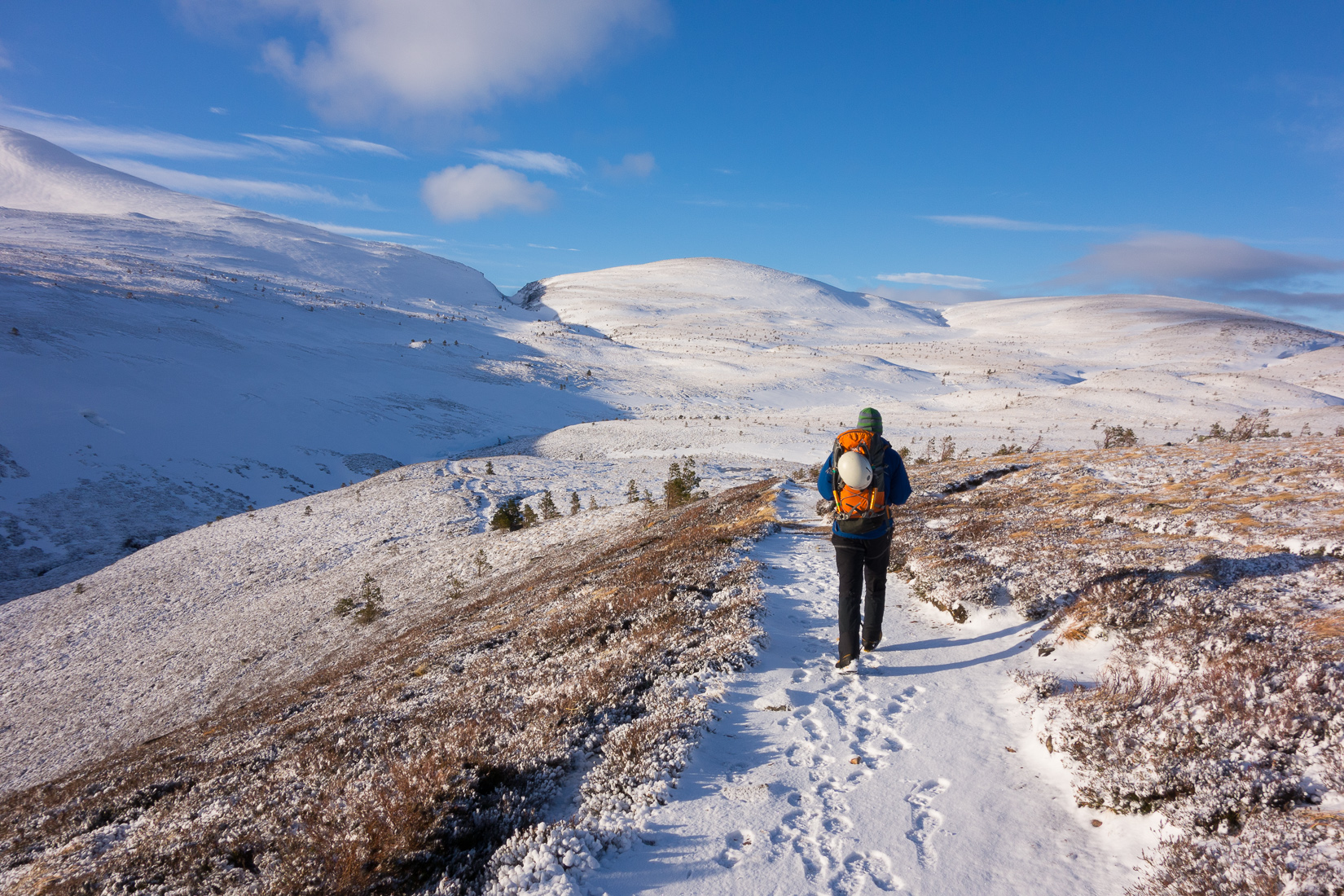 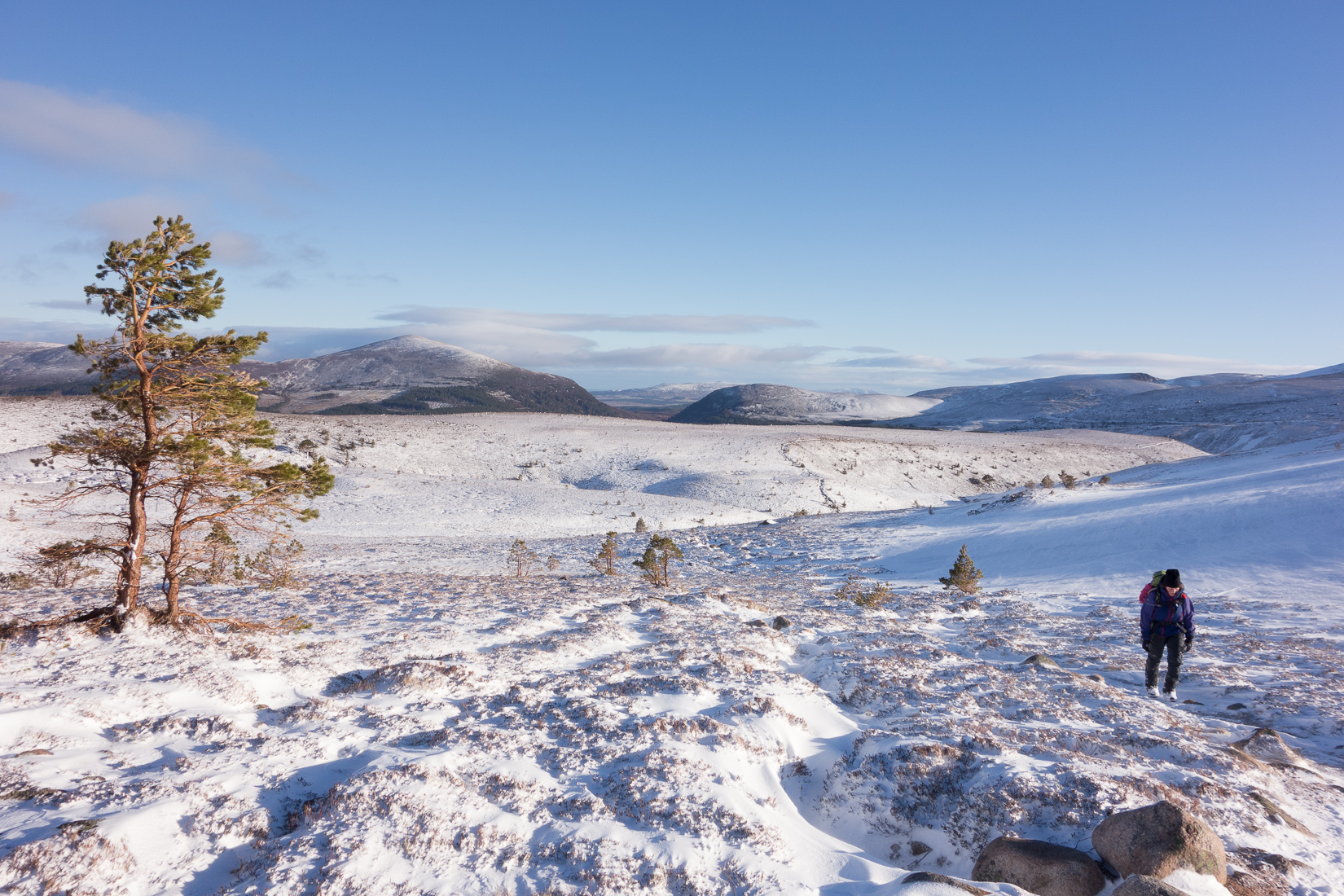 Sun on the walk in 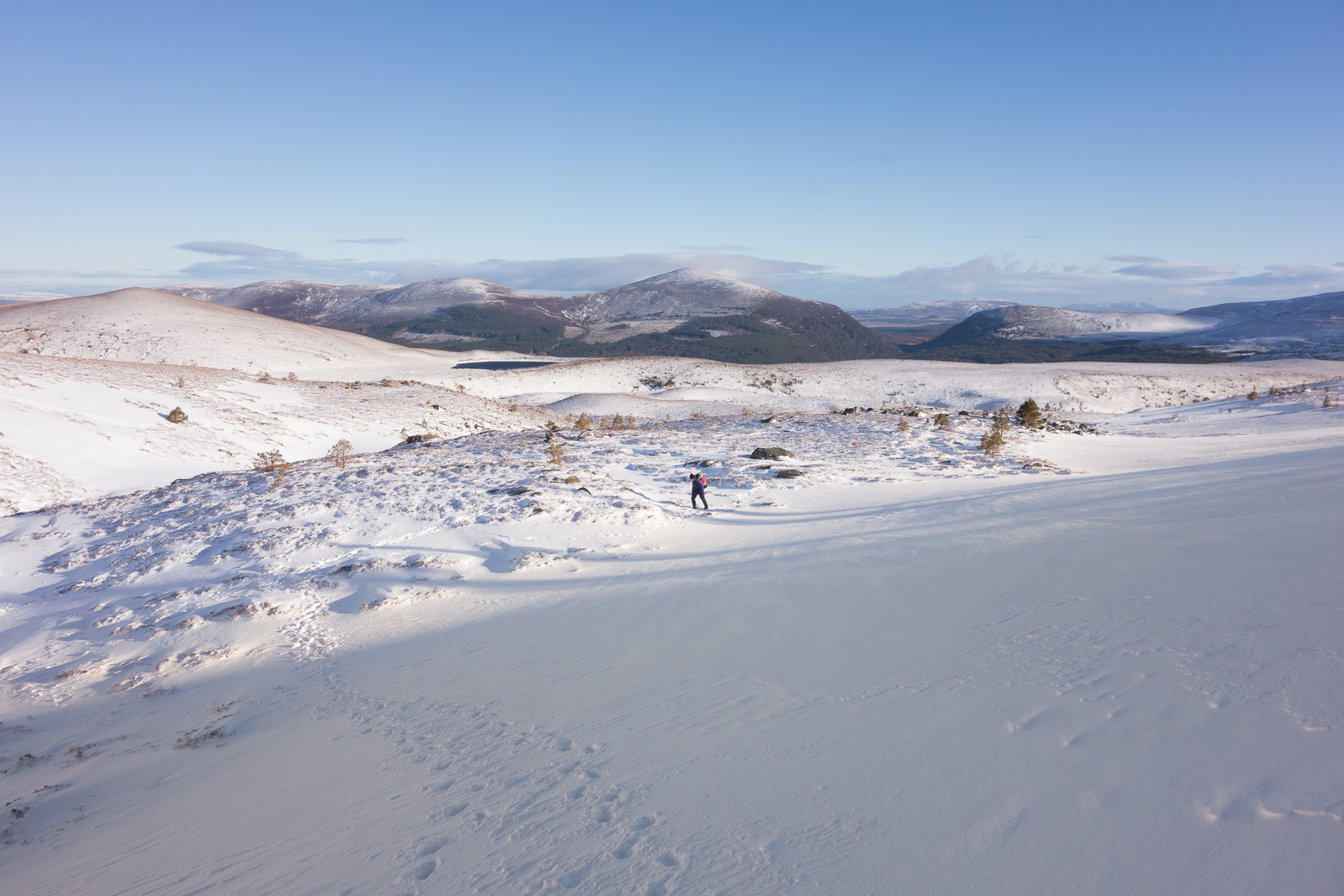 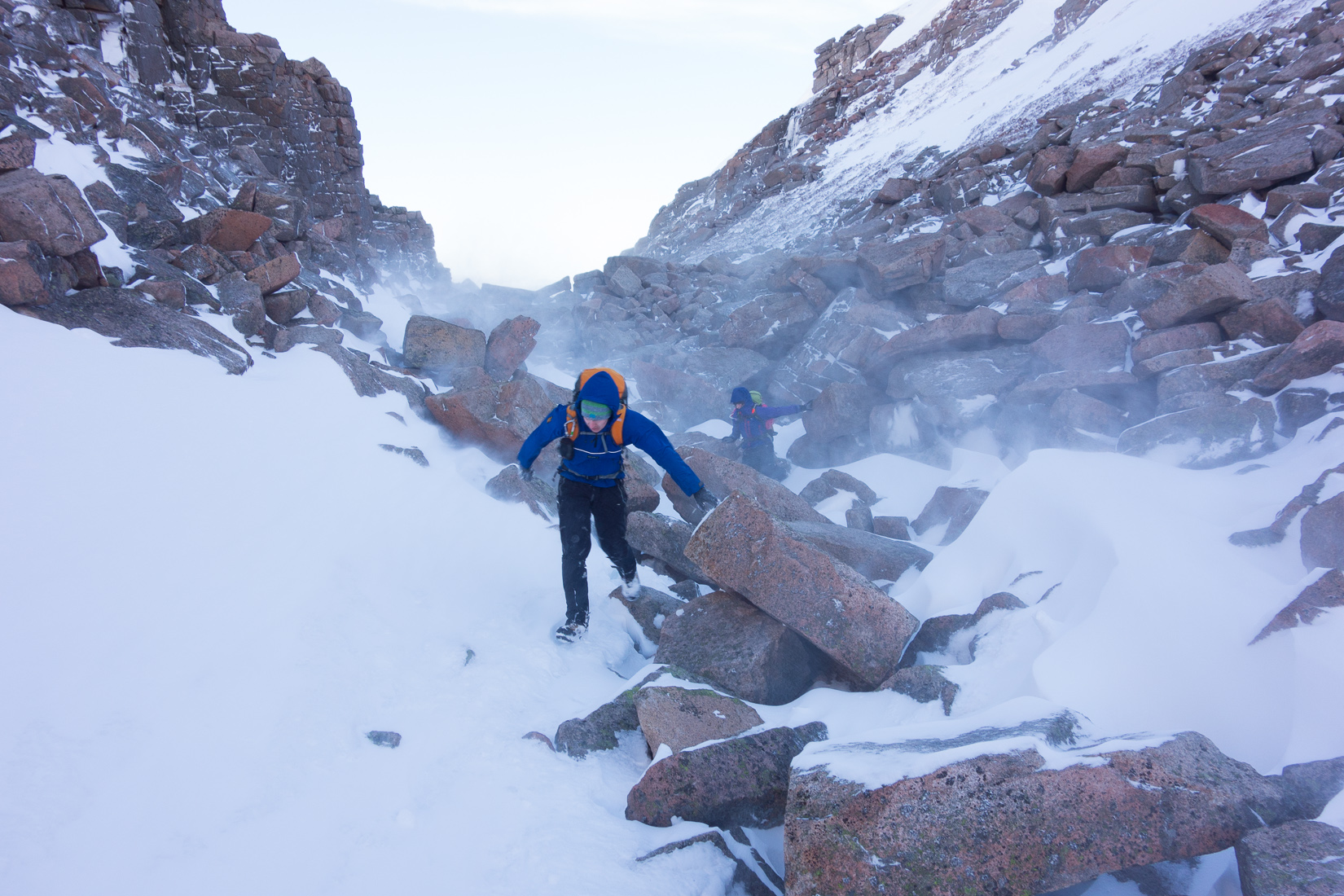 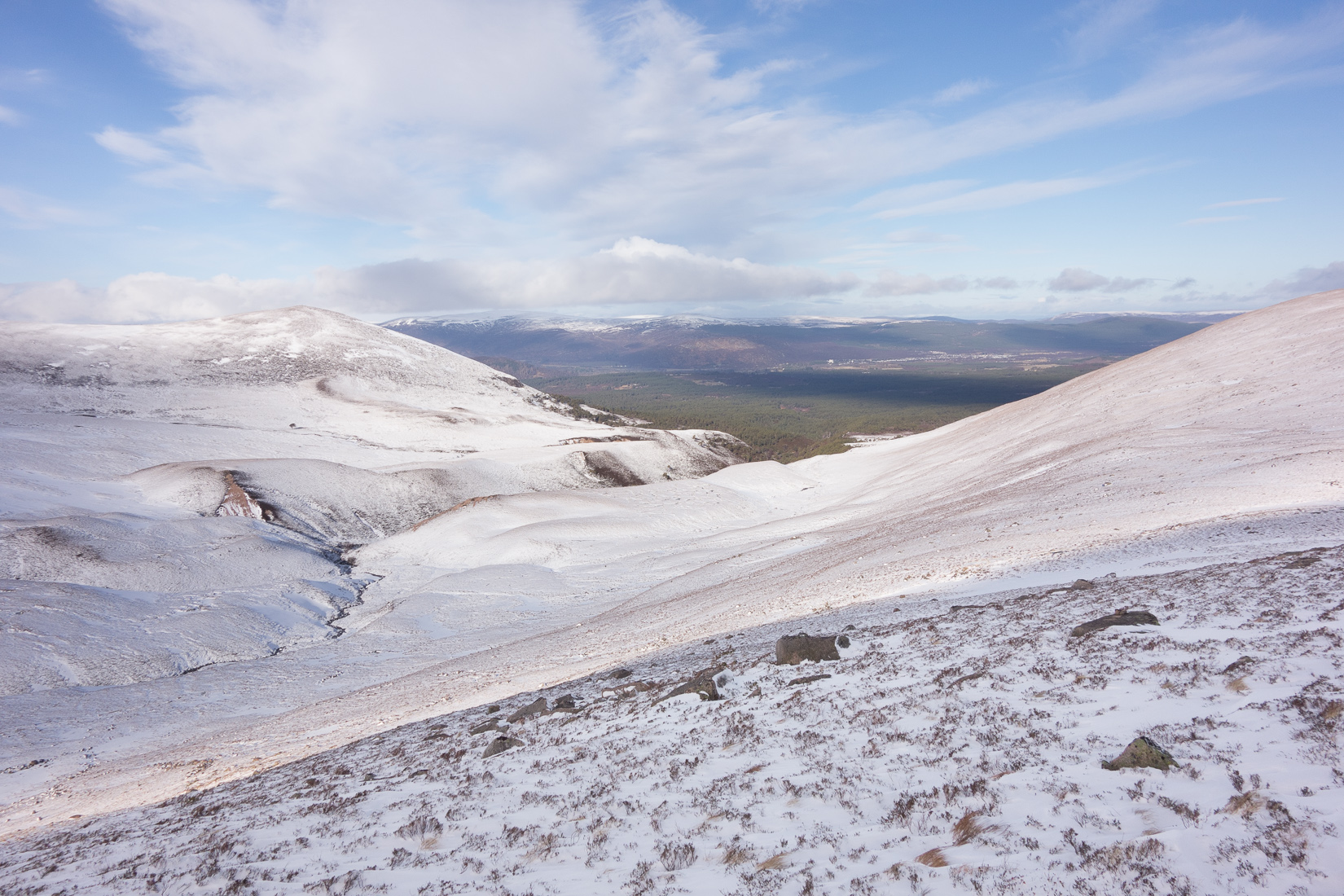 View down the Lairig Ghru 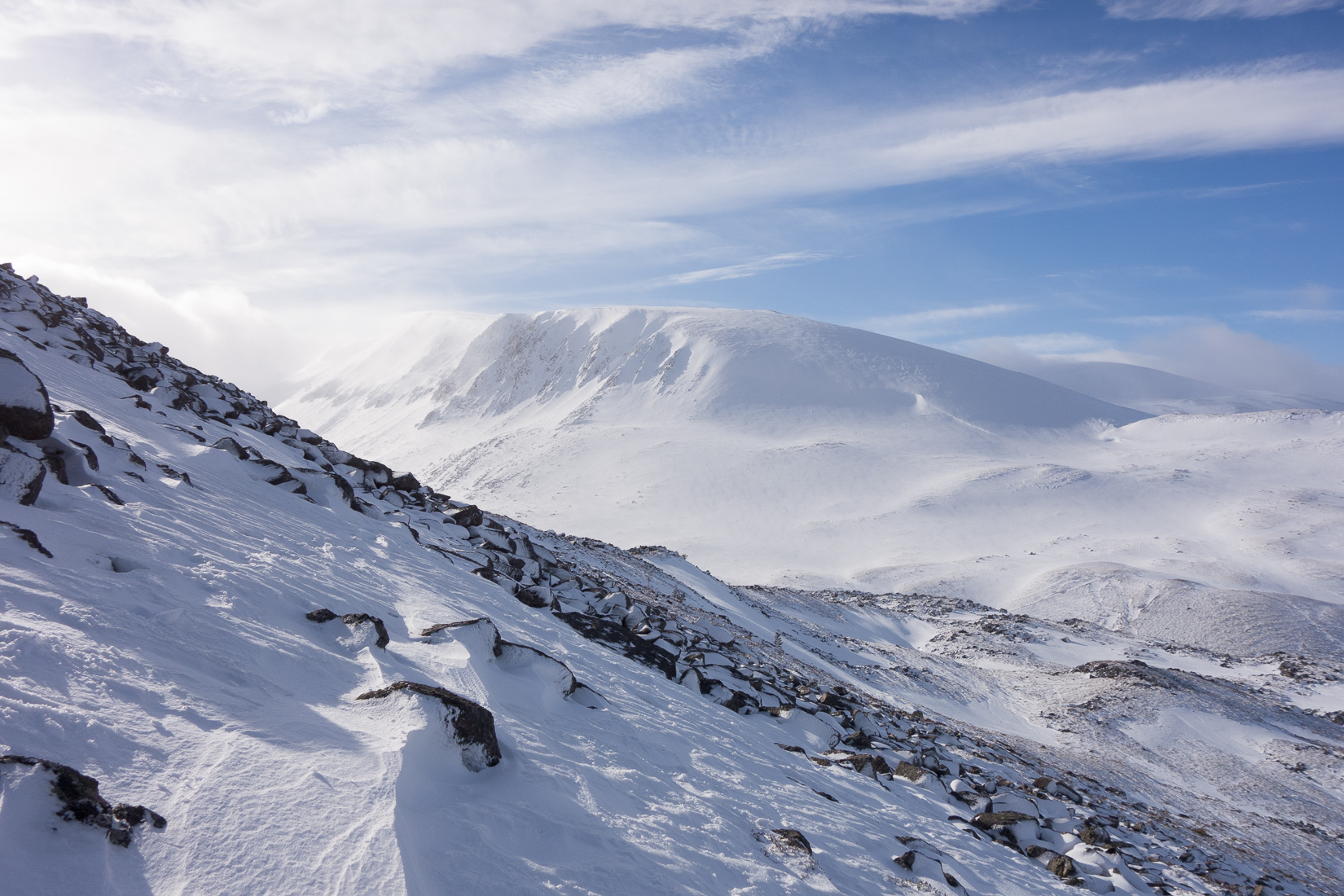 Braeriach and the Lairig Ghru 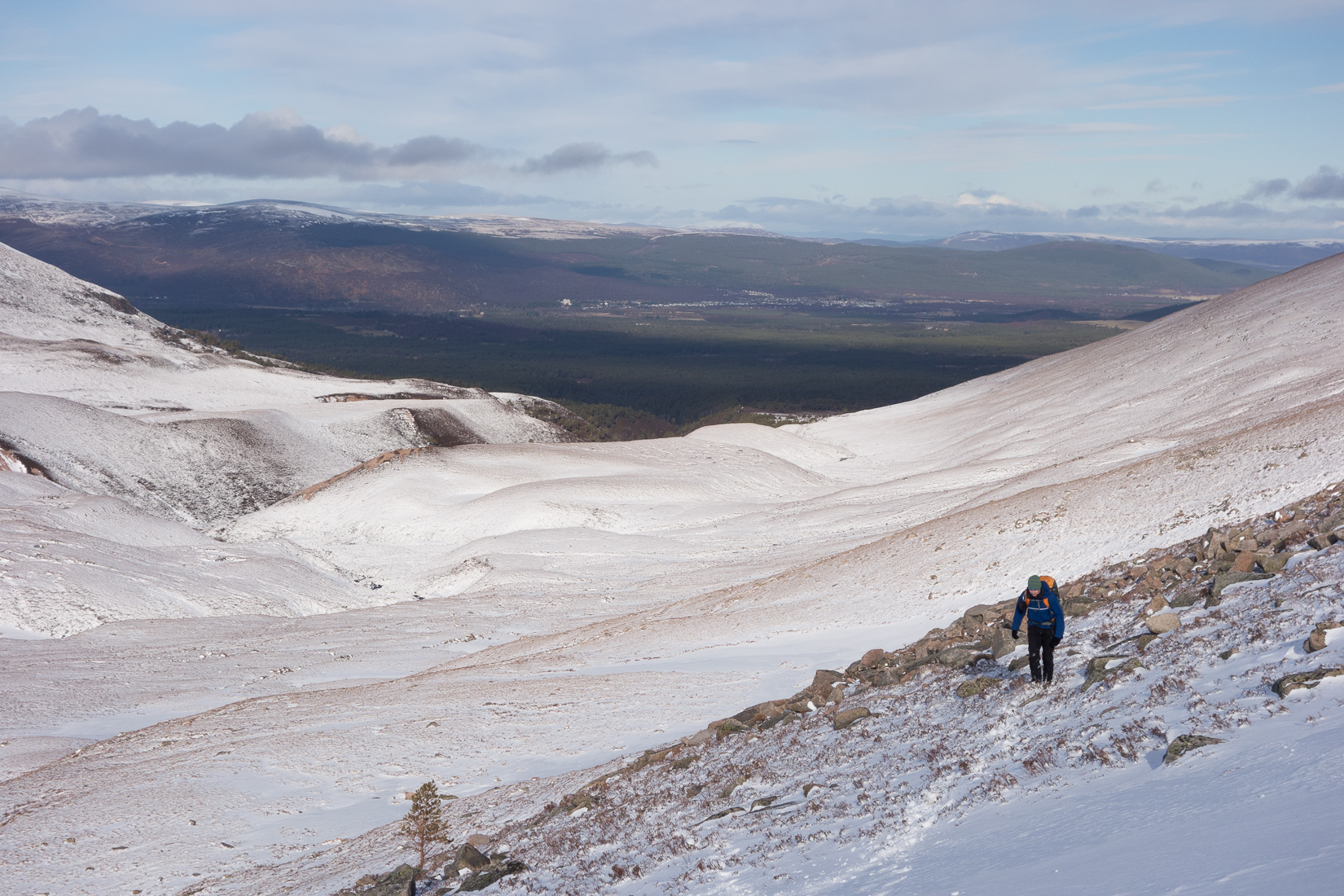 Walking above the Lairig Ghru 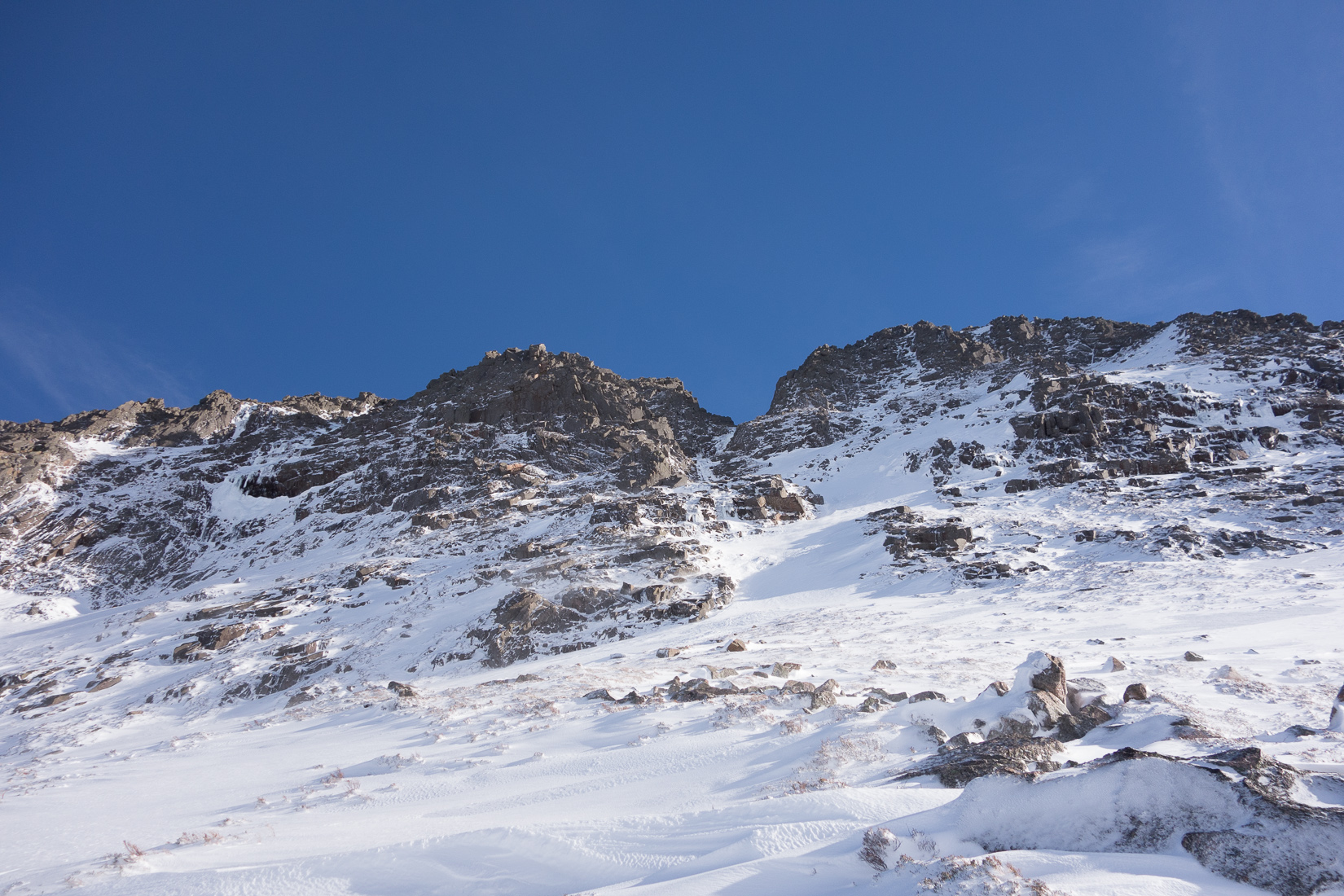 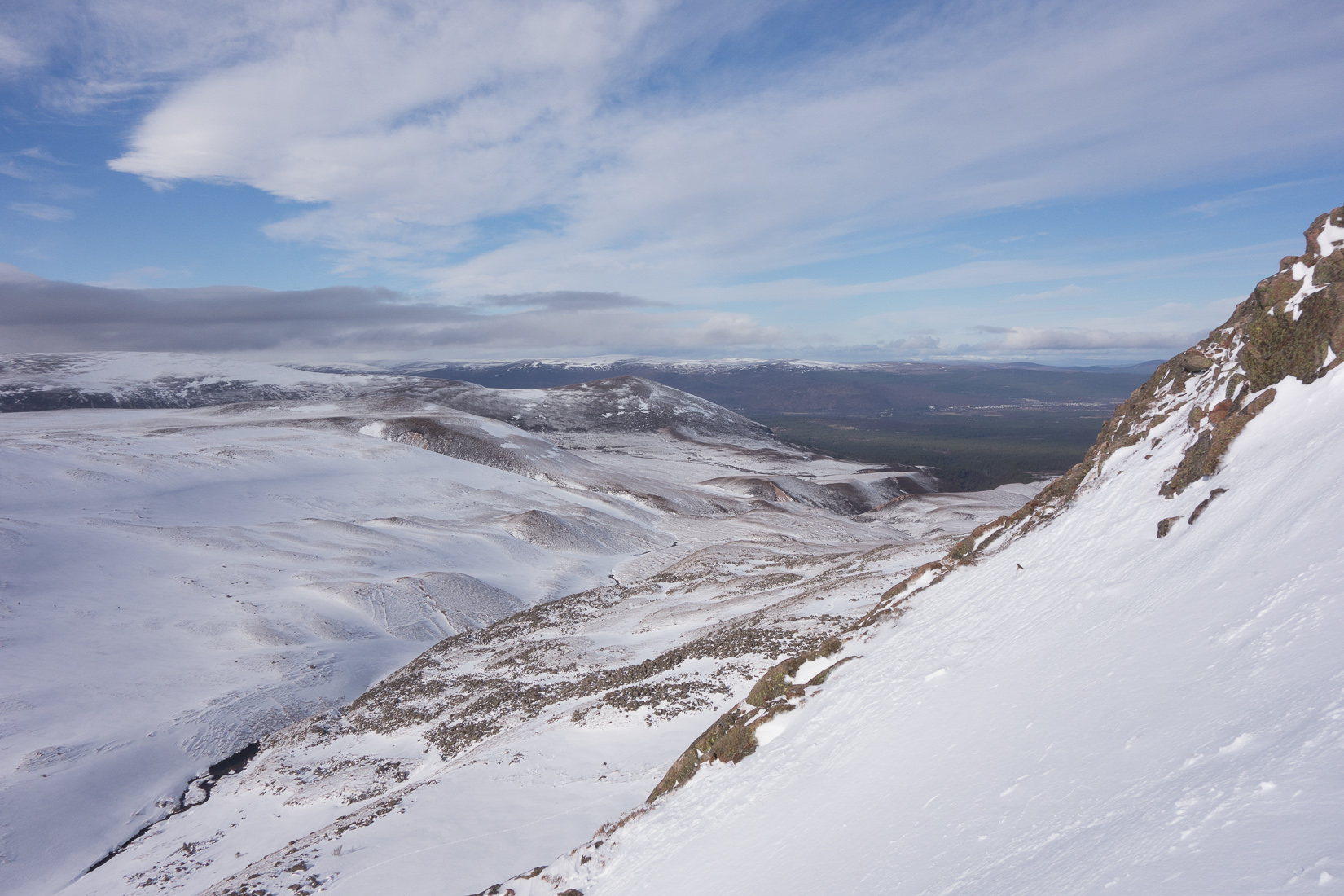 View down the Lairig Ghru from Lurchers Crag 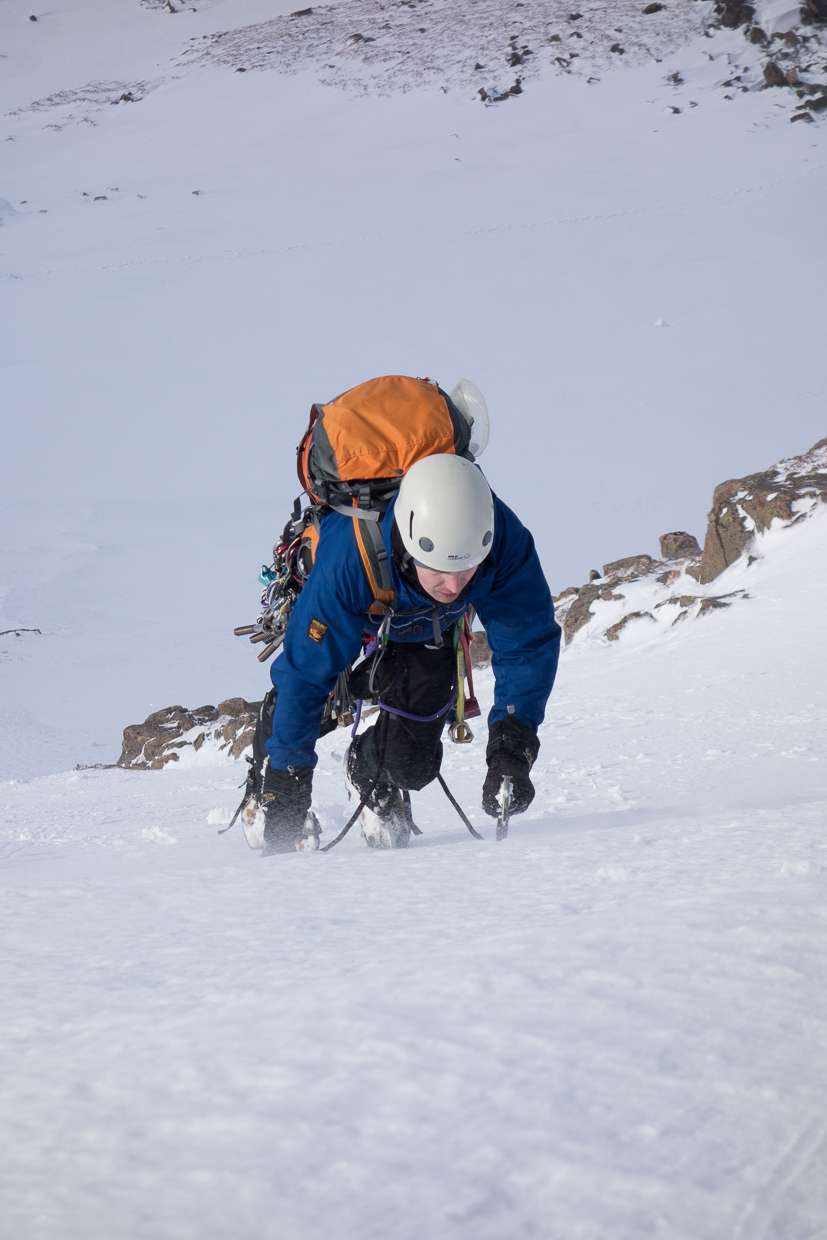 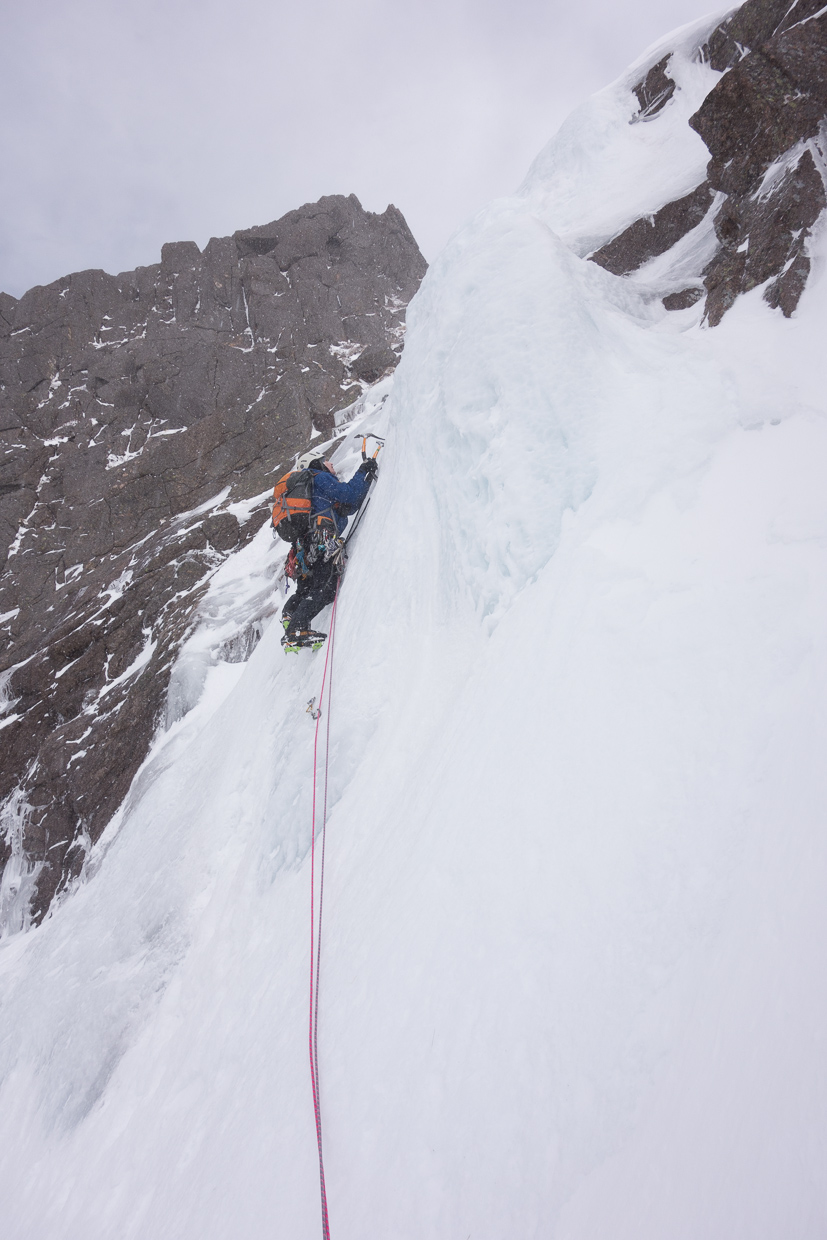 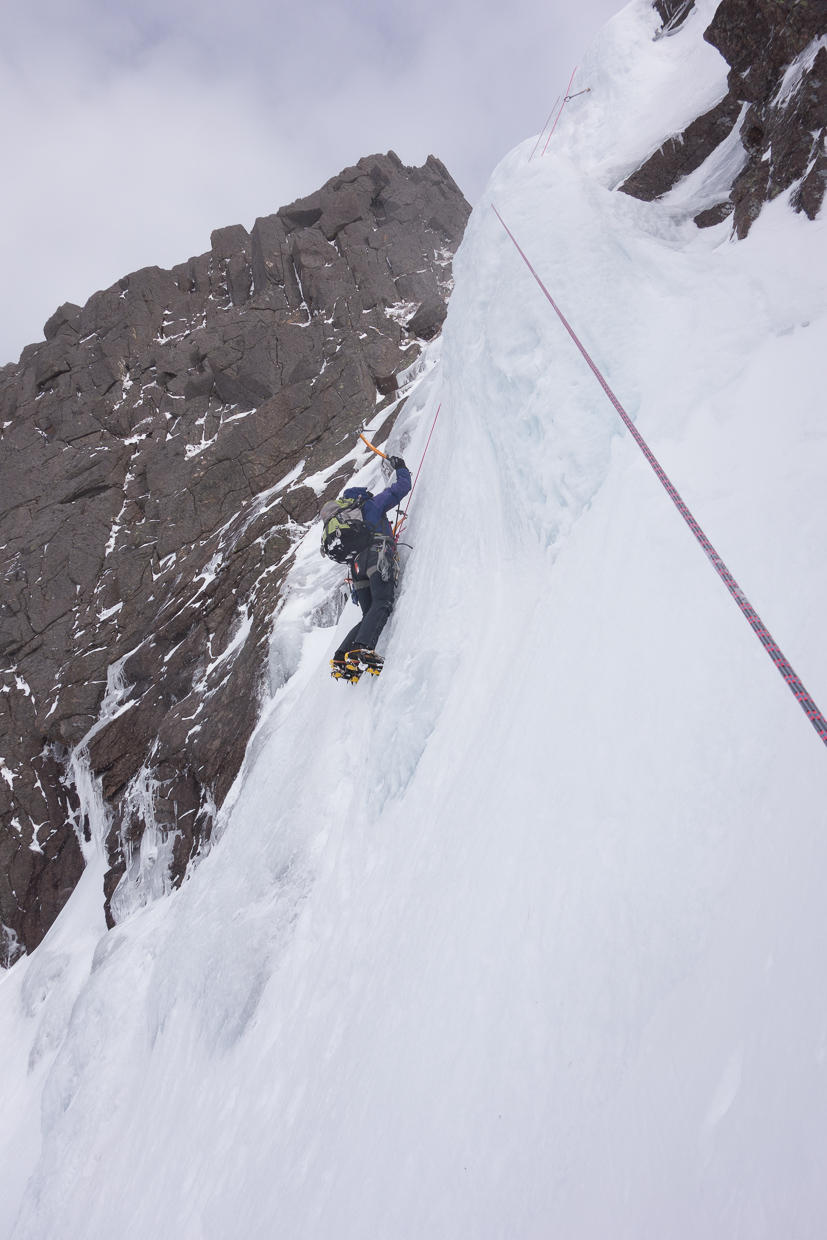 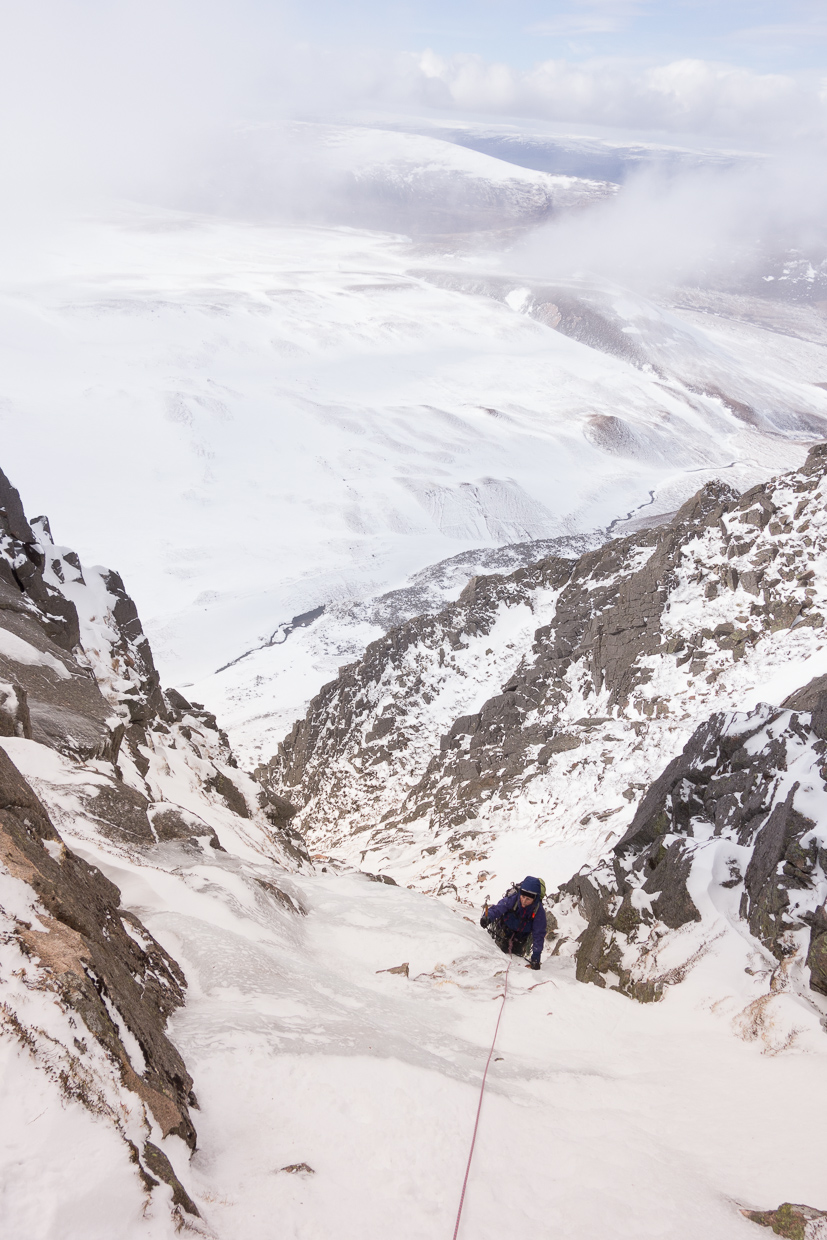 On the icy scrambling 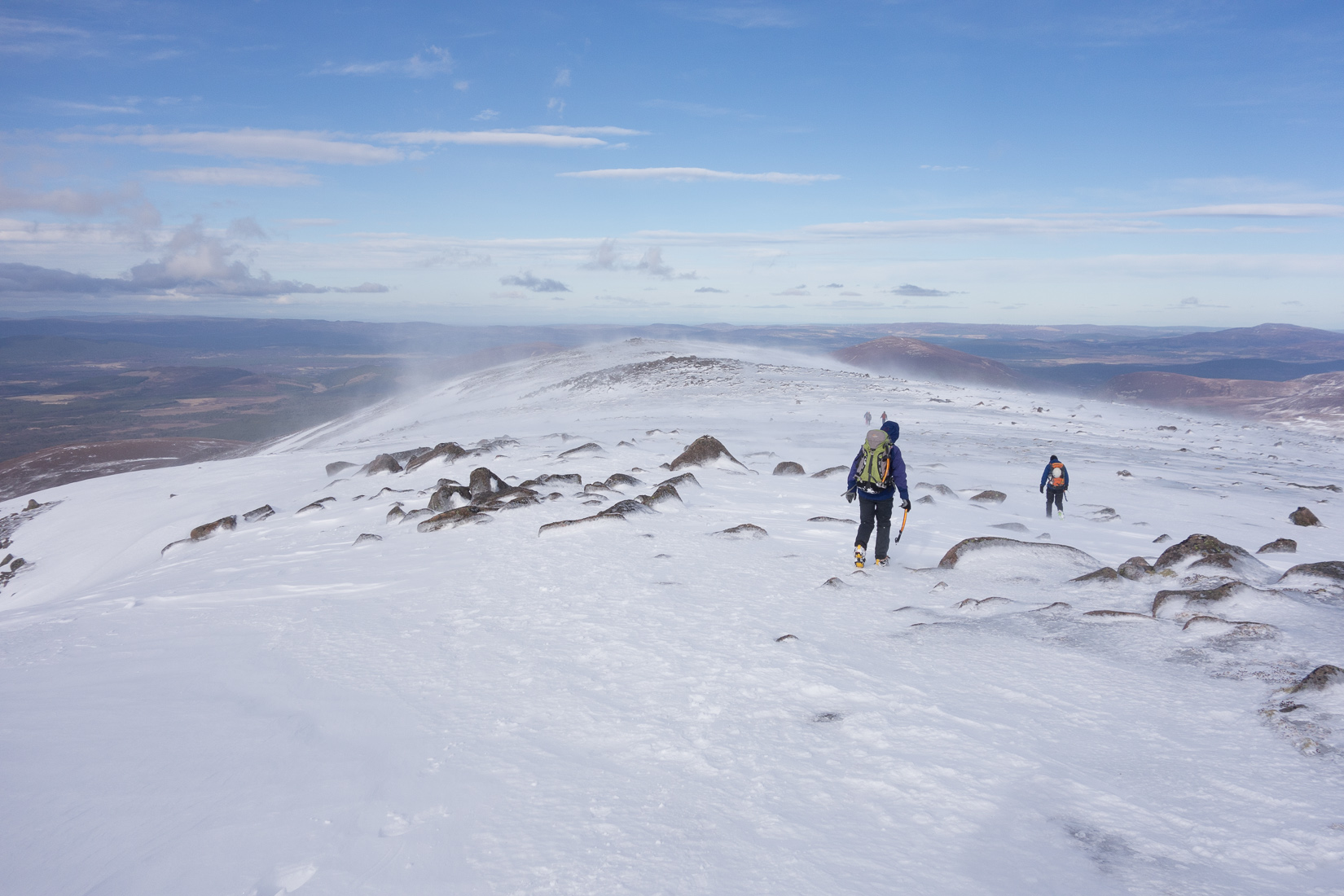 Walking along the top 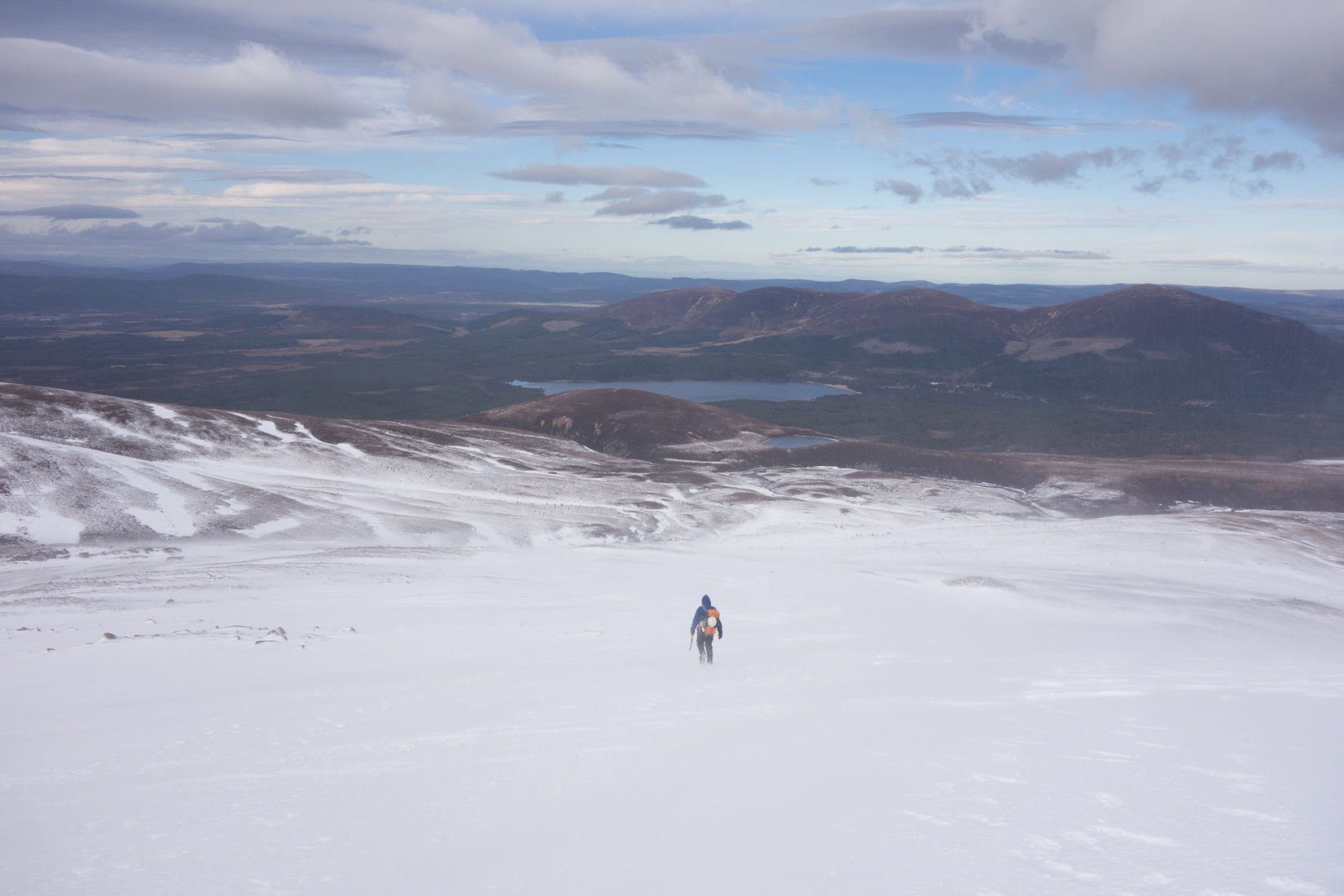 Descending back to the valley