After 2 days of walking into crags with winter climbing gear, just to turn back around due to a mixture of bad weather and snow it was great to get out and actually climb something.

We left the car at 8 and made quick time up to the coire as we made it up in 1hr20mins. It was a very pleasant walk in with little wind, no rain and even some frozen snow on the old footprints. We cautiously made our way up to the start of Twisting Gully however we turned back just before the gully entrance due to large accumulations of windslab. We then made a new plan, as we knew Mike Pescod climbed Raeburn’s route the day before we headed over to that and were soon at the initial chimney.

The first pitch was absolutely fantastic with really interesting climbing, however the climbing was fairly insecure as there was lots of useless snow and almost no gear. It certainly got the adrenalin flowing at times as most of the 6 pieces I placed on a 50m pitch were just for my head…

Andrew made quick work of the pitch which was impressive given his only previous climbing experience was Gardyloo Gully on Ben Nevis two years ago, however at the top he declared that it was definitely type II fun! I quickly set off on the second pitch and found that it was even more bold than the first pitch as in a full rope length I placed 2 runners. We just about made it to the top in the second pitch and moved together for about 5m to enable a quick finish and descent.

The conditions on the top of the crag were brutal, with very strong winds and lots of spindrift. Once Andrew arrived we ran away very quickly making sure that we stayed well away from the very large cornices. 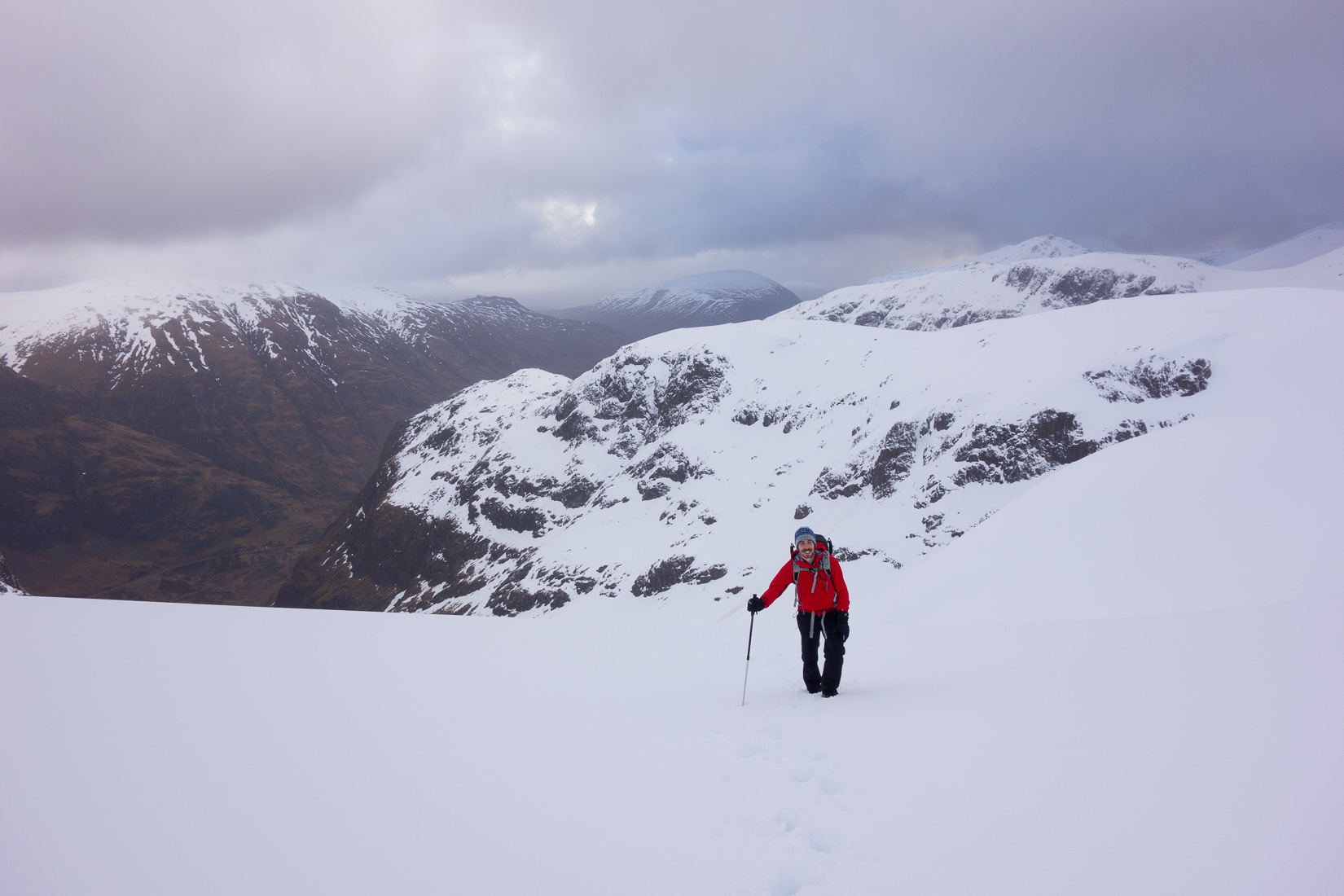 Almost in the coire 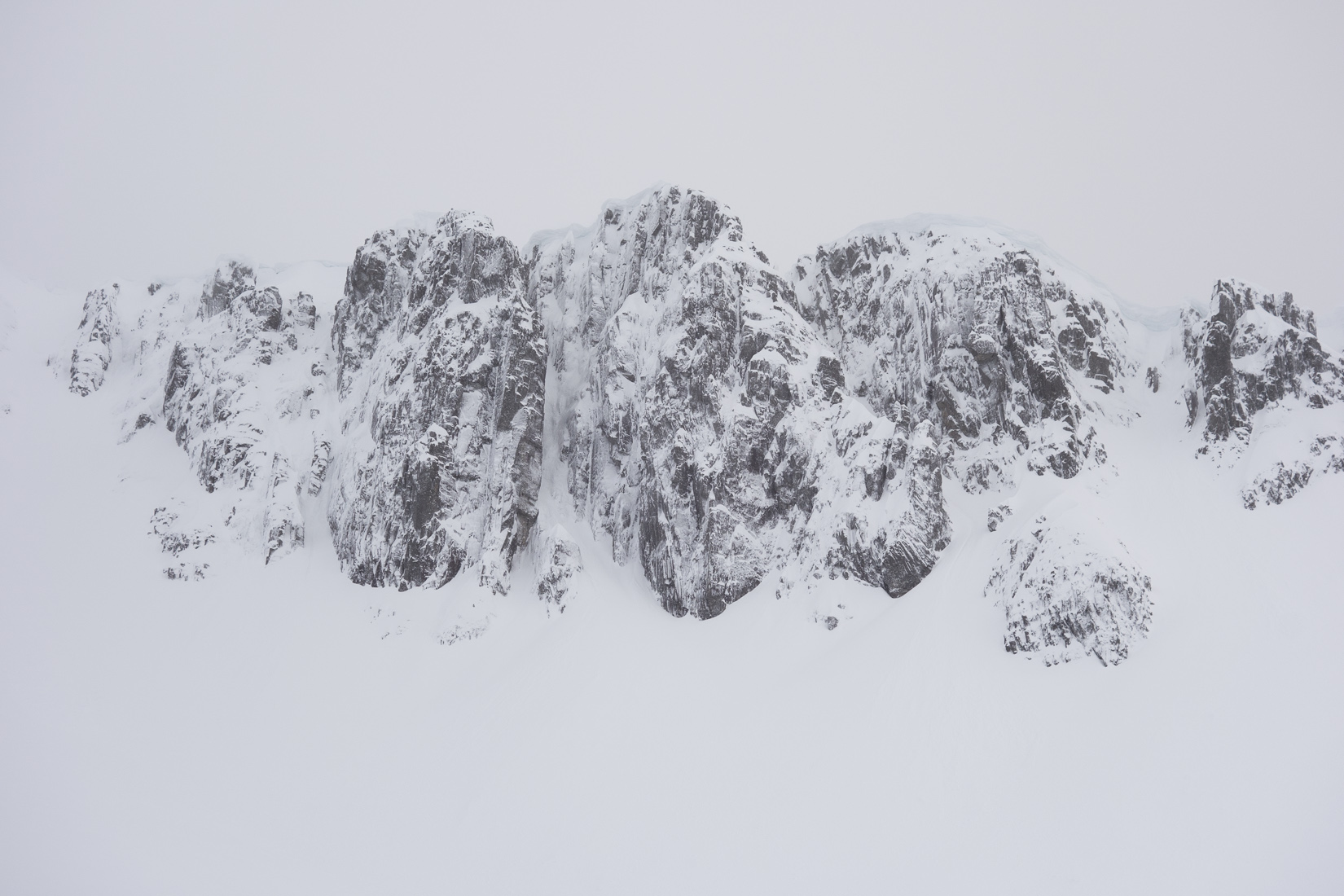 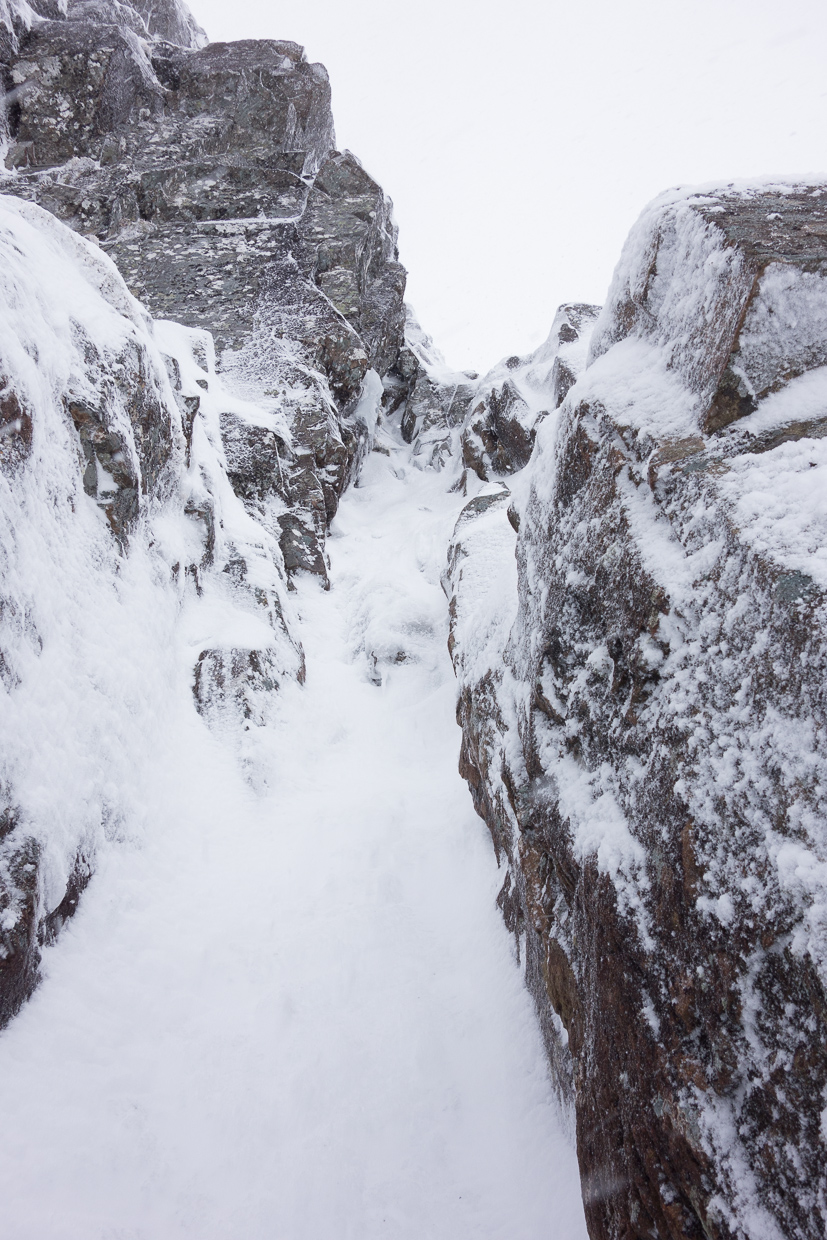 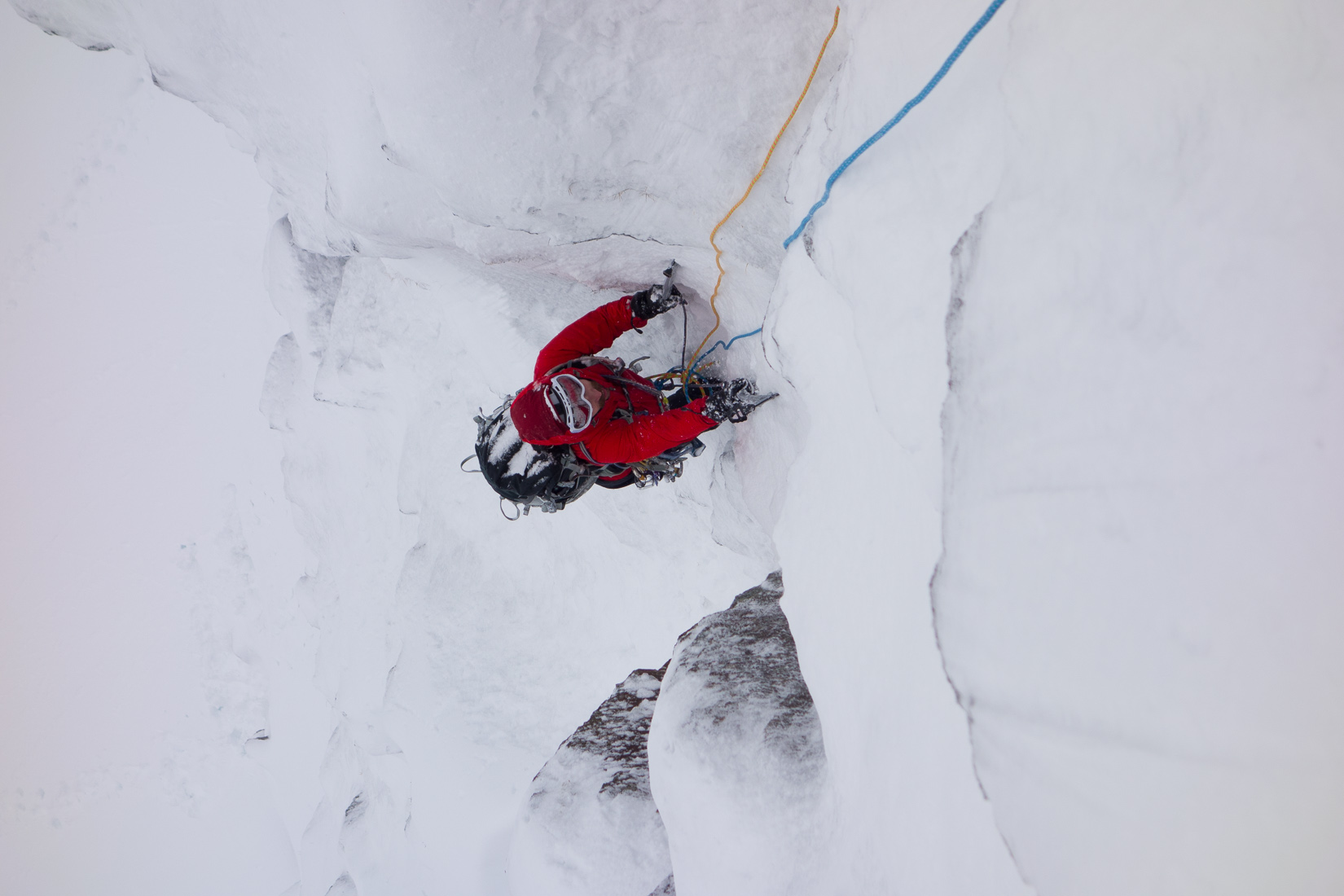 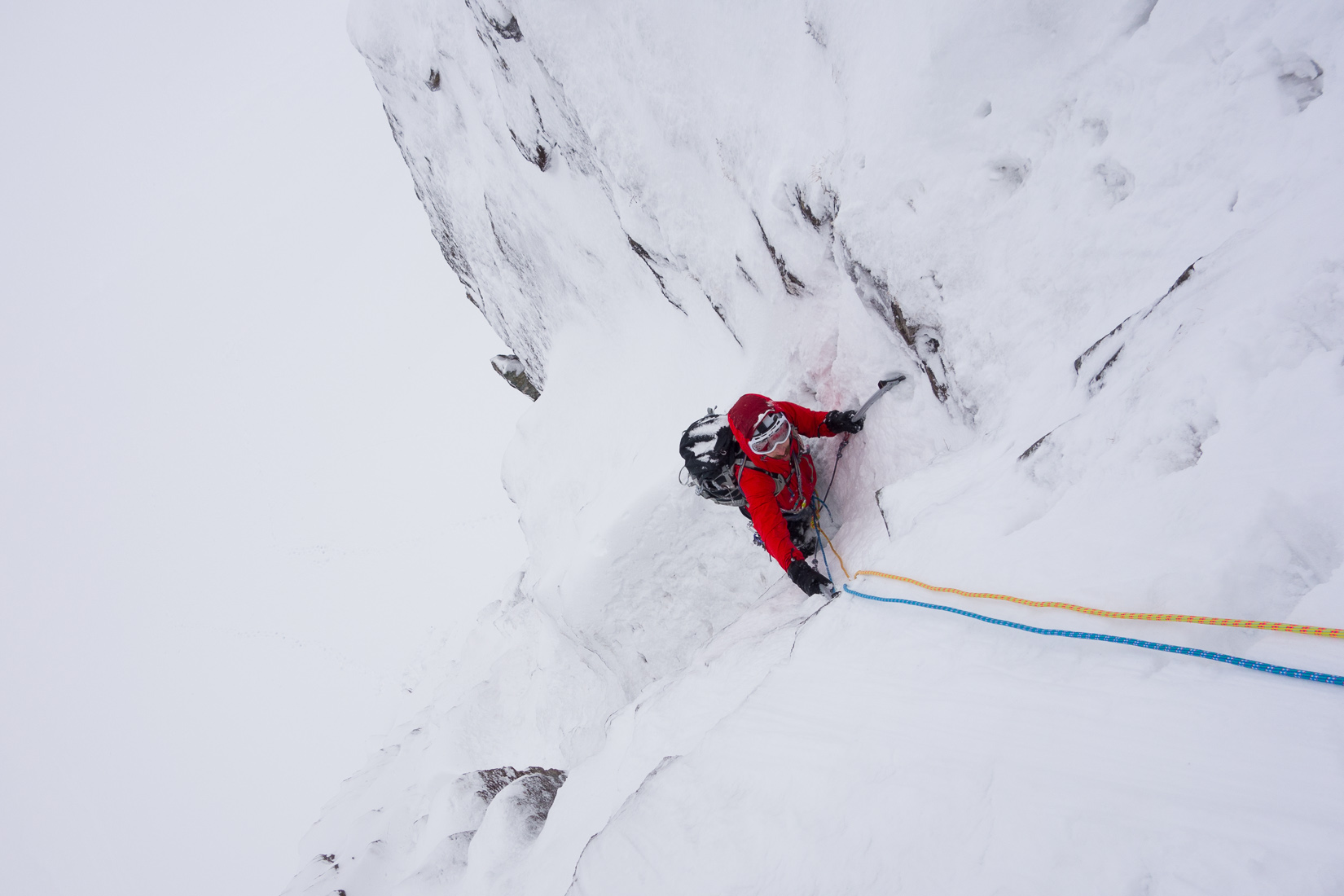 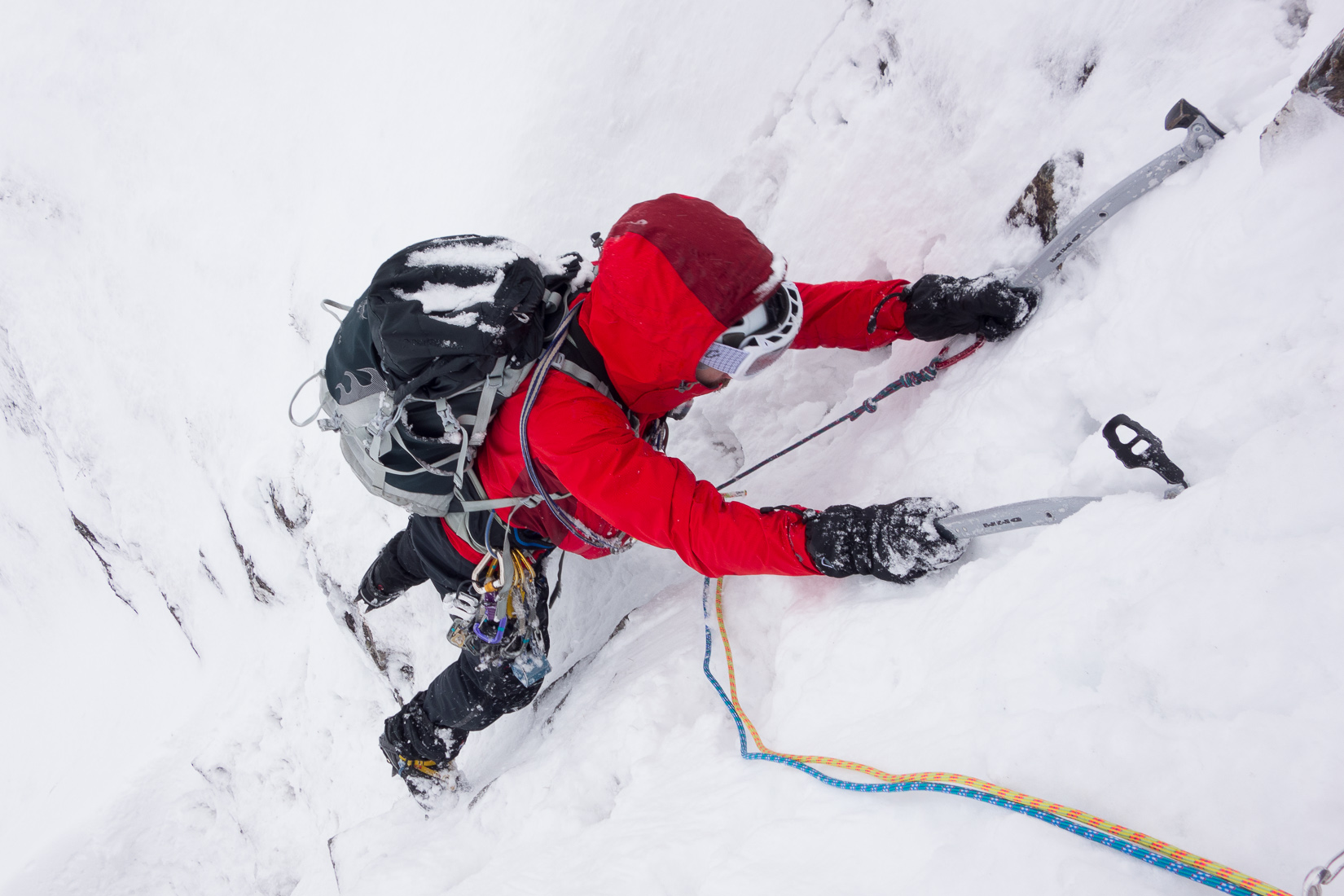 At the top of the first pitch of Raeburns Route 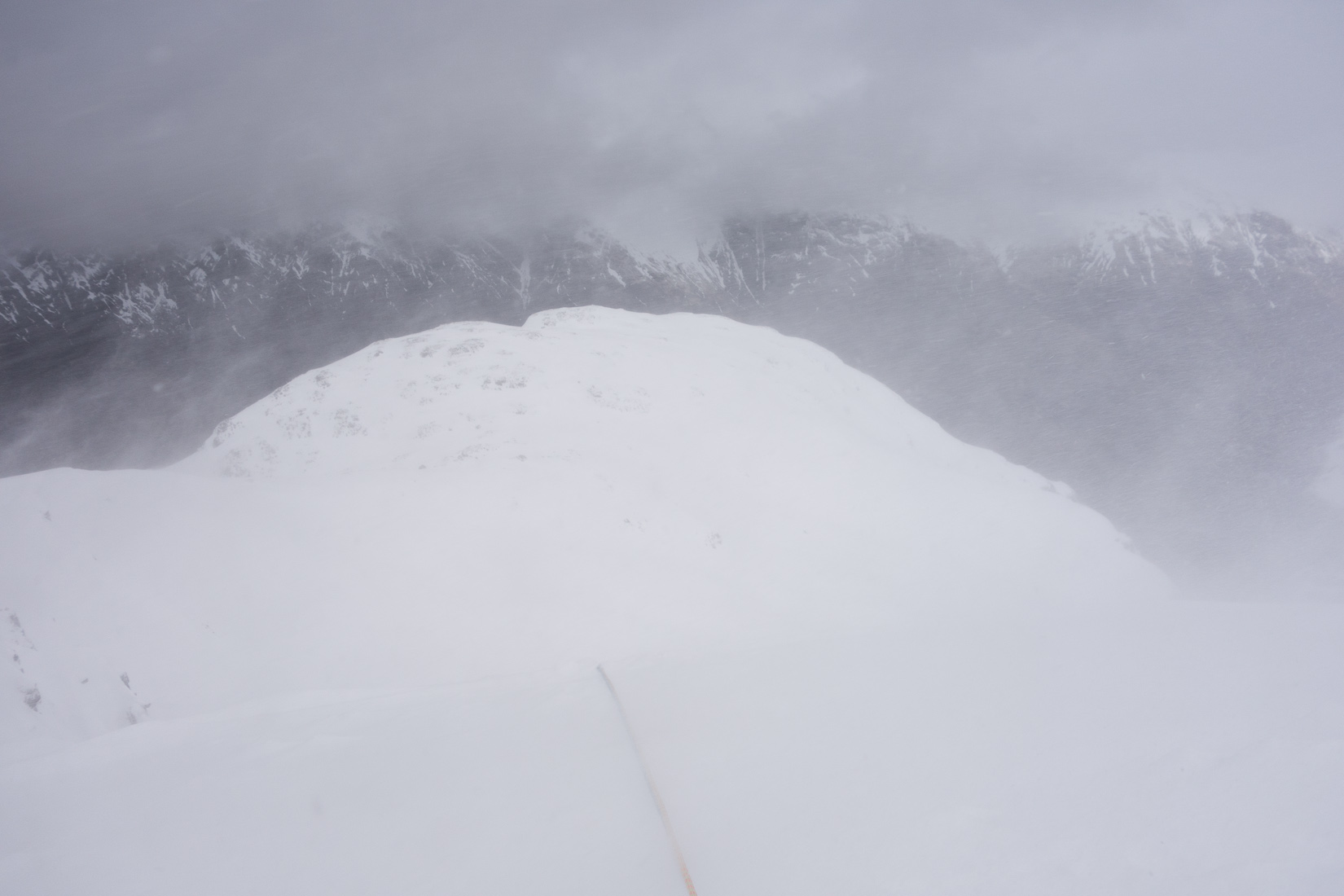 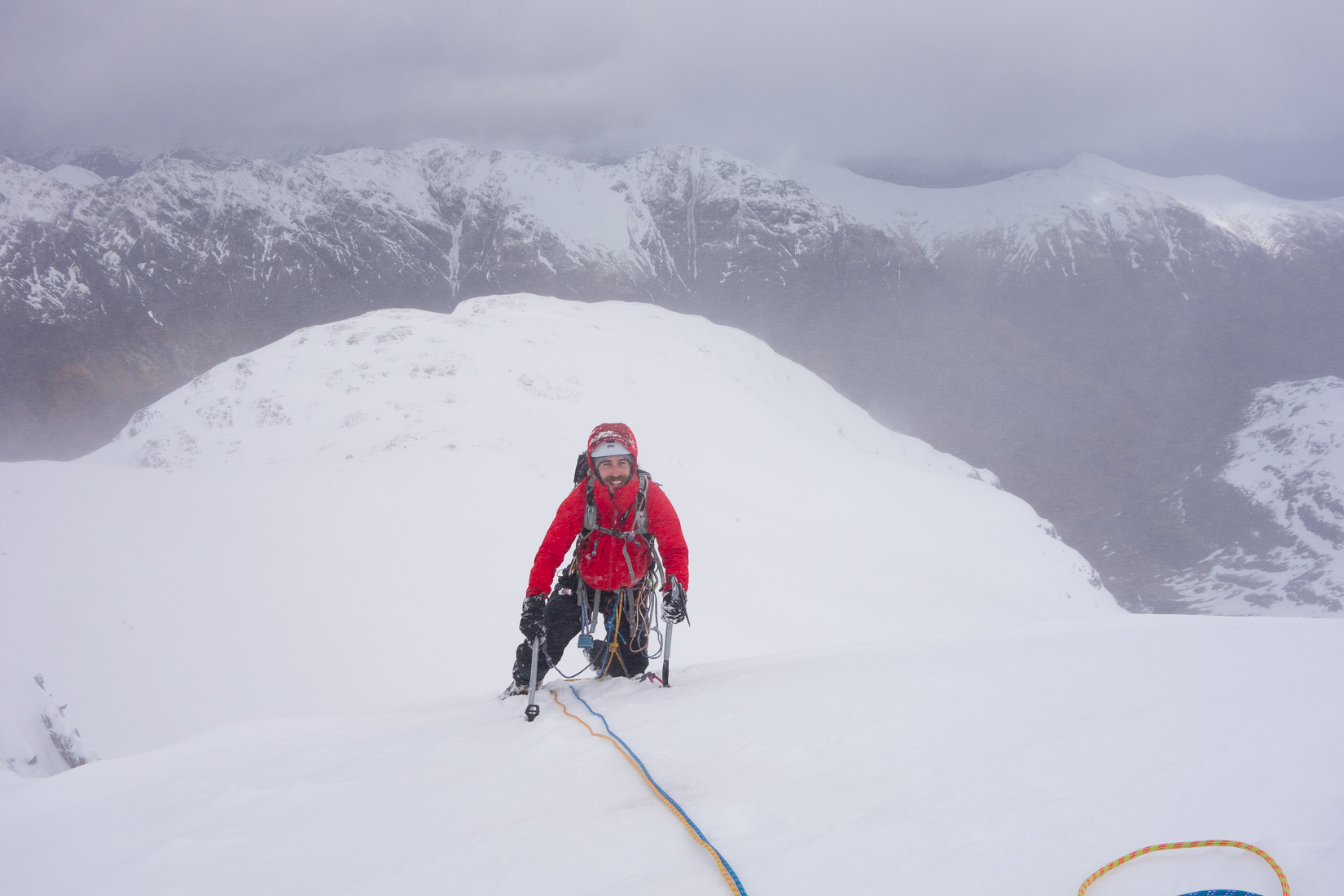 At the top of Raeburn’s Route