The Zig Zags on Gearr Aonach

Having arrived in Scotland late last night after a very long drive up, we were determined to do something today despite the forecast of a high freezing level, strong winds and constant precipitation for a few hours.
We decided to head up the Zig Zags on Gearr Aonach in order to head into Stob Corrie nan Lochan in order to get an idea of what the snowpack was looking like.
After a short walk up we soon arrived at the snowline which was at around 350m. The route was fun, with a good cover of soft snow which meant that winter kit wasn’t needed until near the top. It was a bit of a slog up from the top of the Zigzags to the summit of Gearr Aonach, however the views up Glencoe were fantastic!

Once we got to the summit, it was pretty hard going all the way along the ridge due to the soft snow. However once we approached Corrie nan Lochan a crust started to appear on the snow.

We had planned on heading to the other side of the corrie and looking at the snow there, however once we got the corrie we decided that it looked far too much like hard work!

We dug a snowpit in an area which had accumulated snow and discovered that the snow which had been thawing today has been stabilising nicely. Visually we found a layer in the snow at 25cm, below the layer the hardness was 1 finger and above this the hardness was 4 fingers. No layers sheared when the snowpack was stood on, when it was jumped on the snow sheared at 10cm and 25cm.

The decent was really hard work in the deep snow, and I was not envious of the people who ascended earlier in the day! Once it freezes again the conditions should get really good however care will be needed high up where the snow hasn’t consolidated for a while yet!

Lots of fresh snow which has started to consolidate lower down however great care will be needed higher up, traveling around above the snow line is very hard work at the moment due to wet soft snow which was waist deep in drifts! Time to wait for a good freeze! 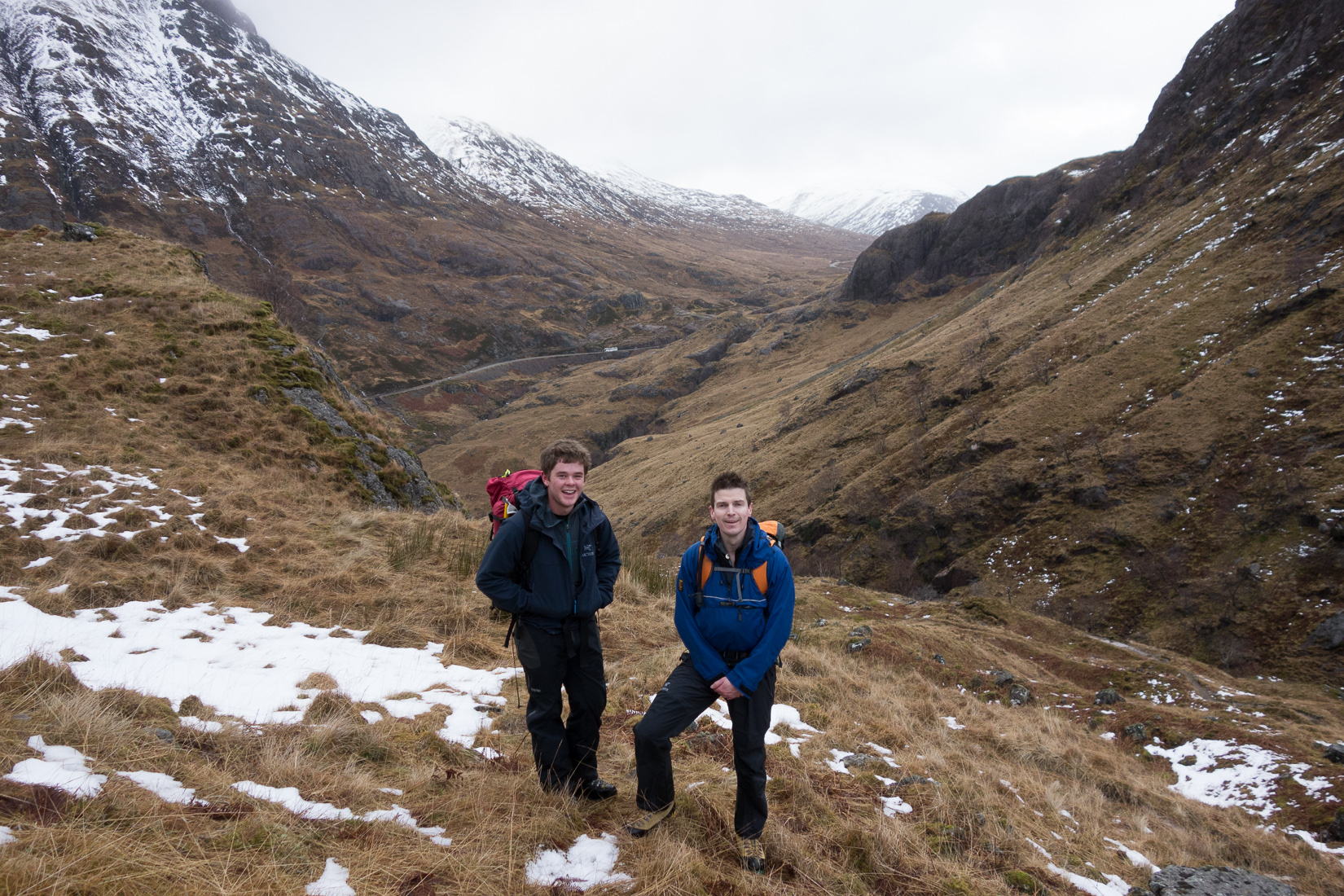 Walking up to the start of the Zigzags 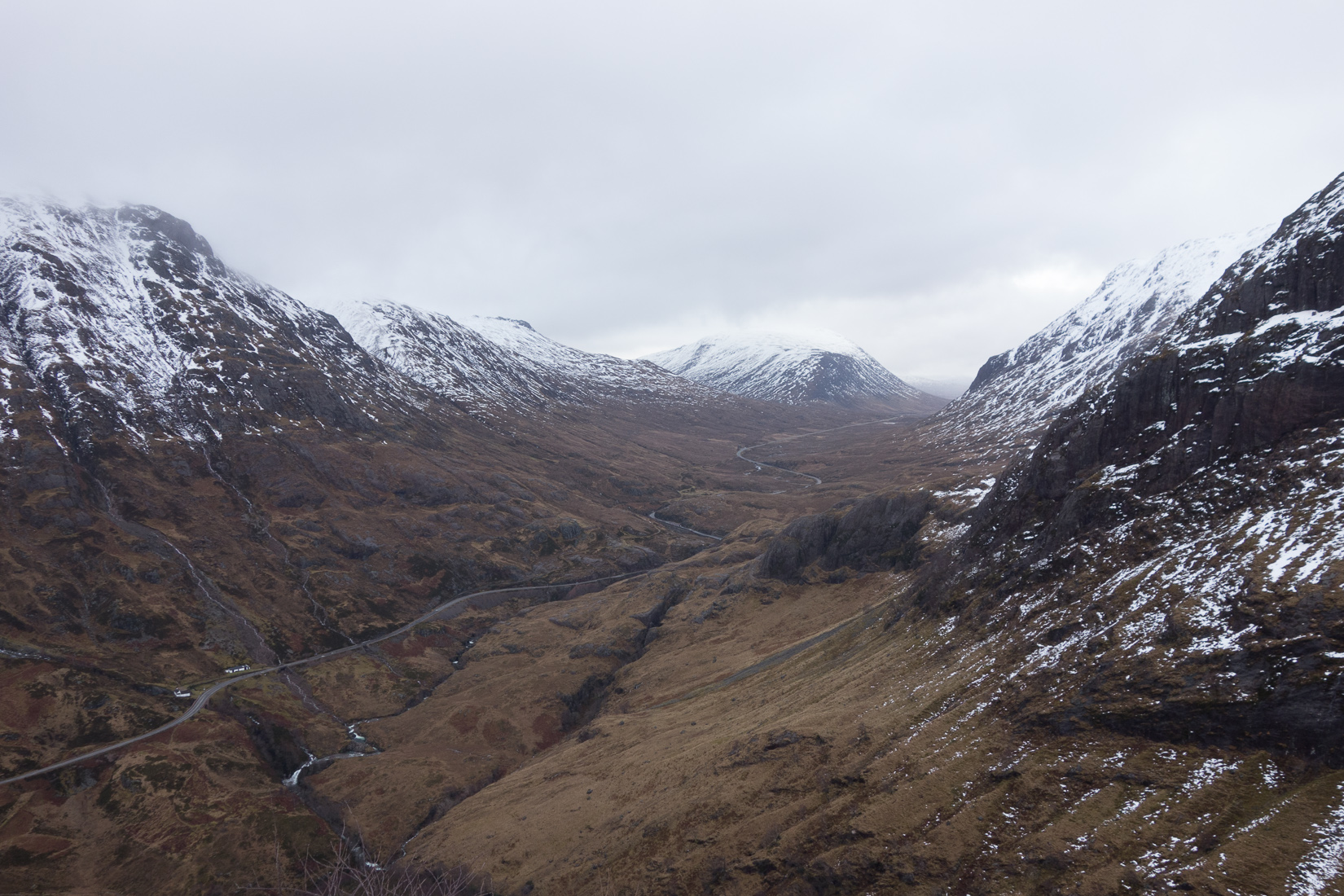 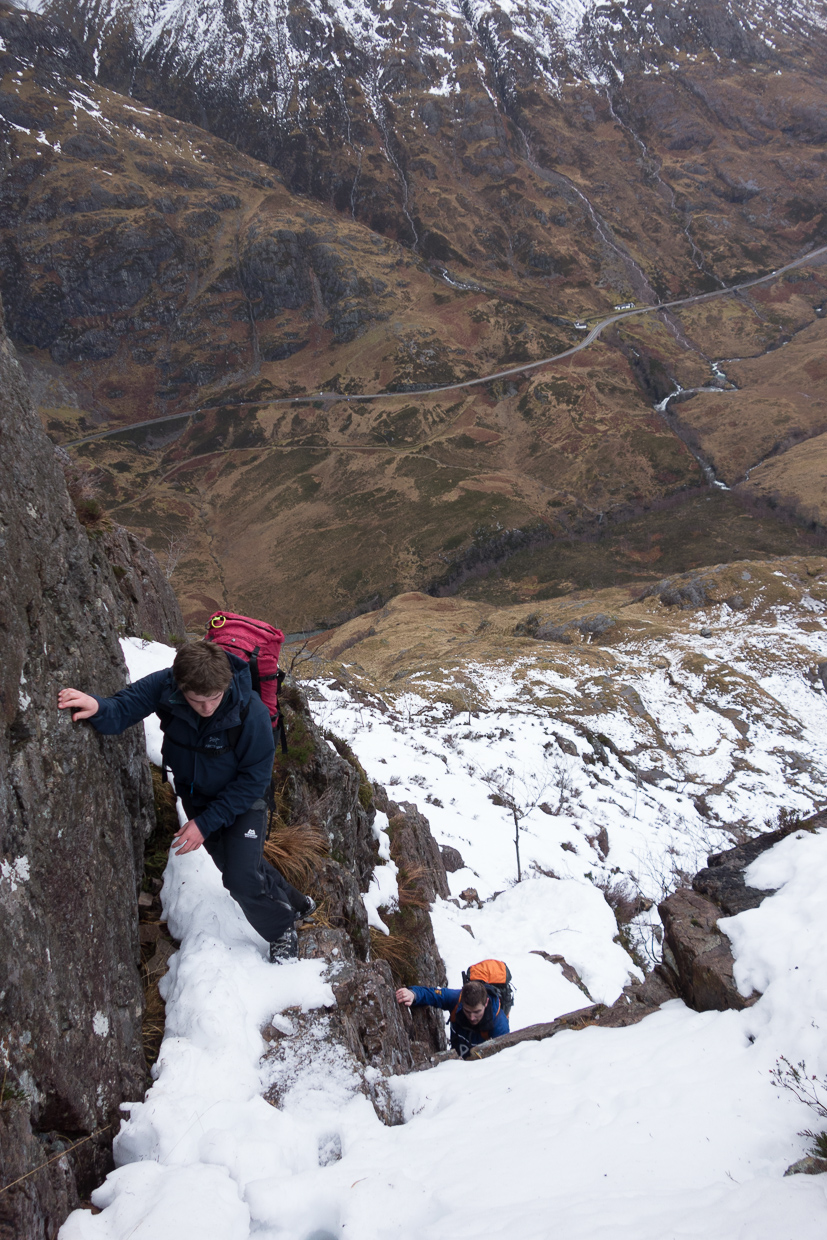 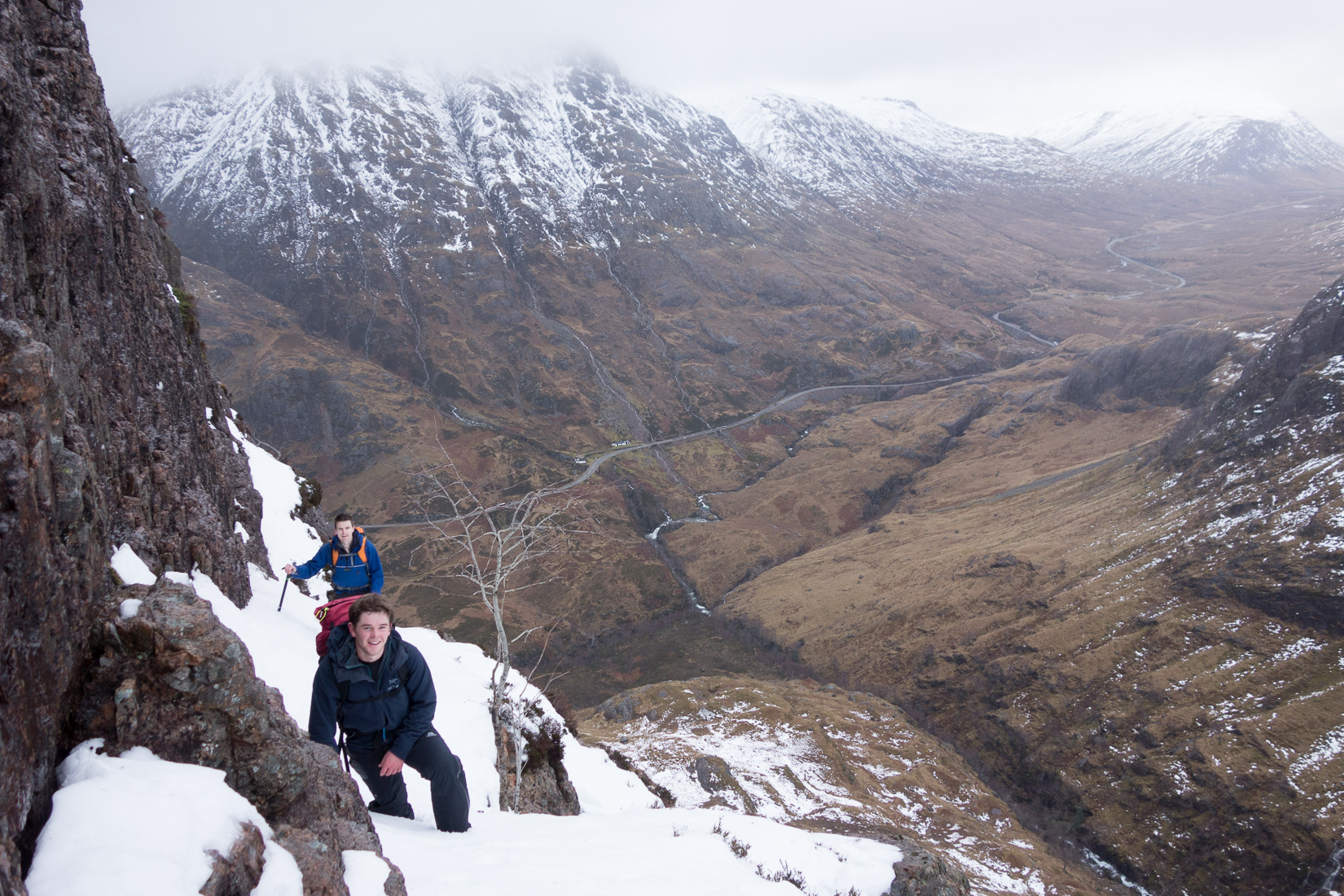 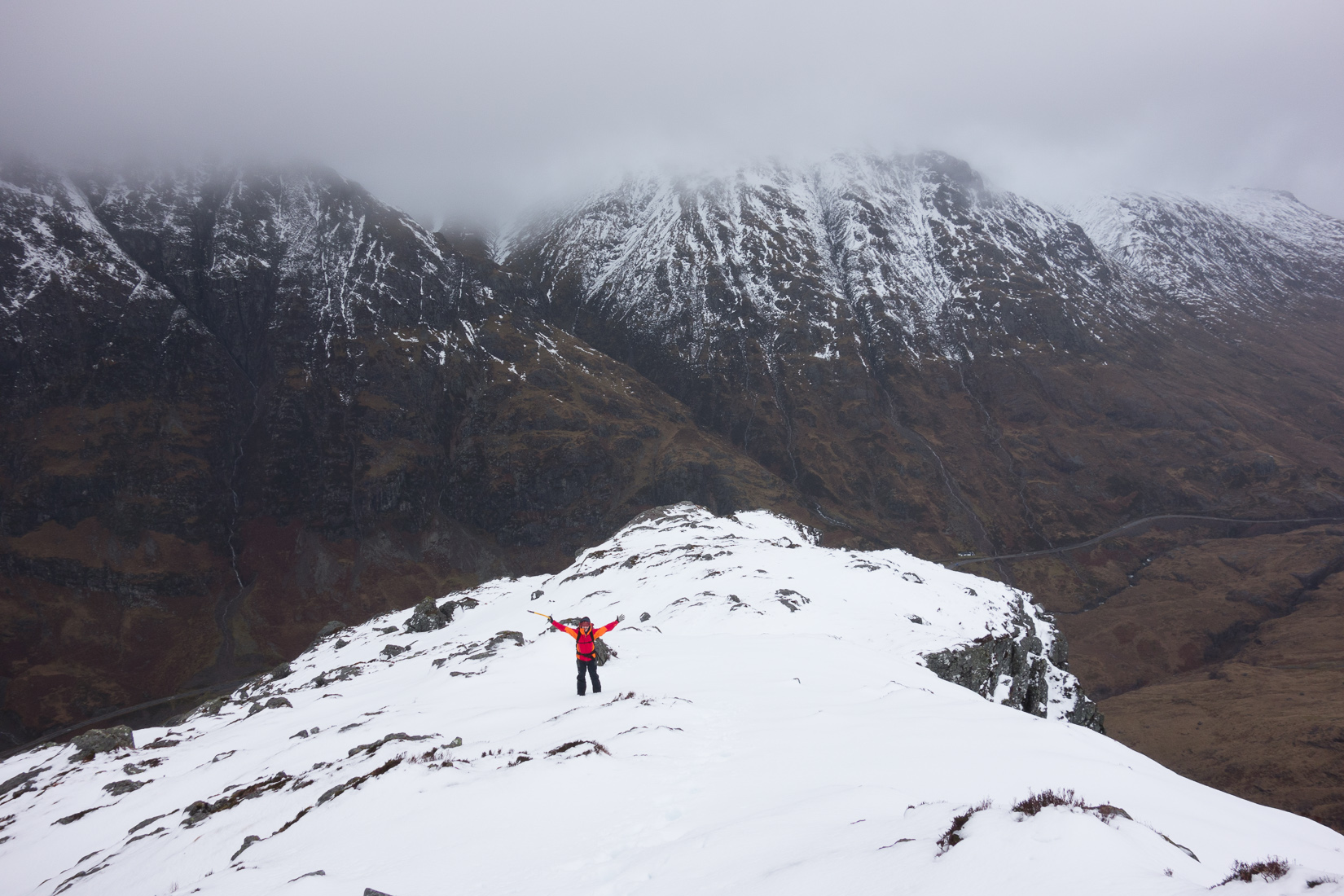 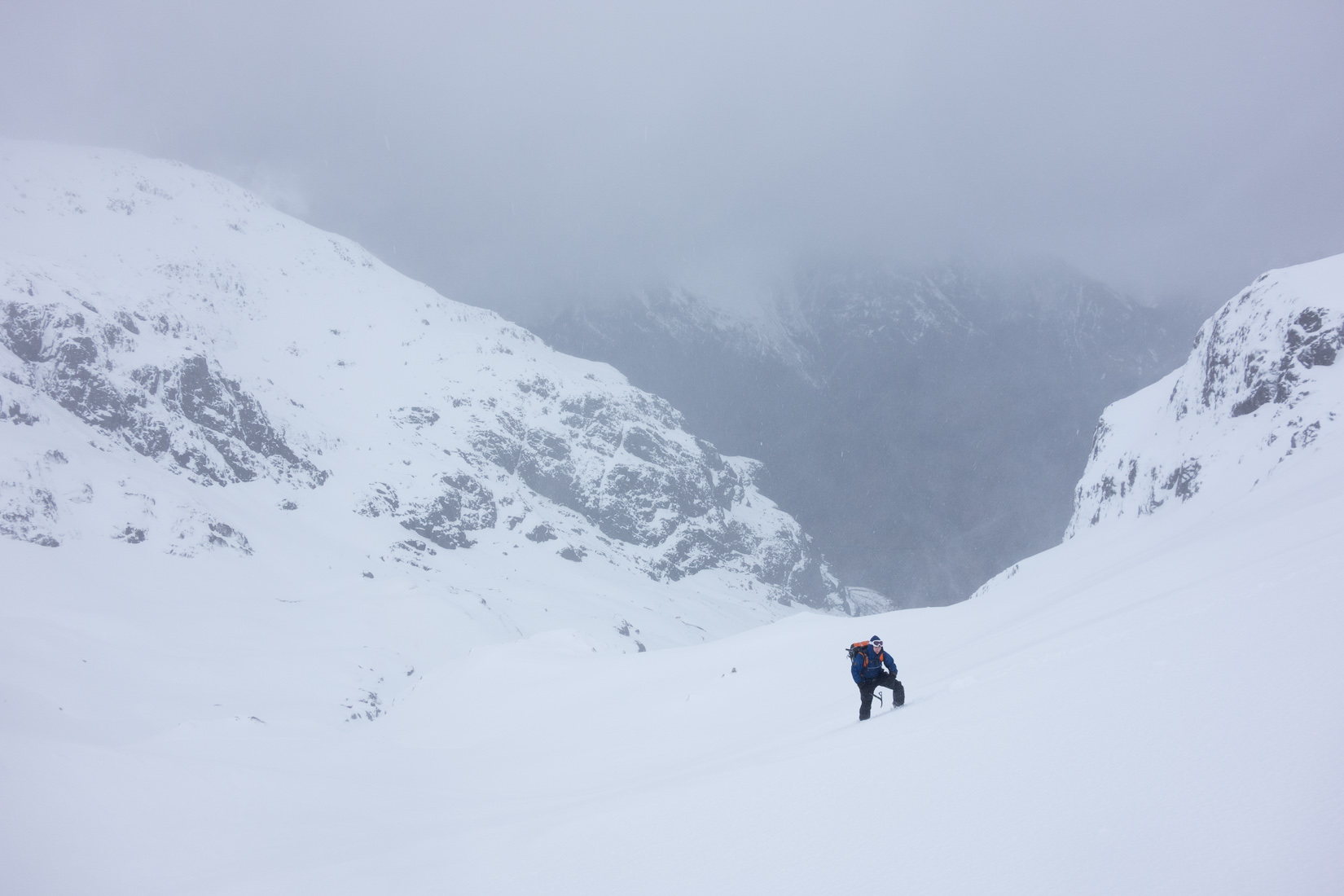 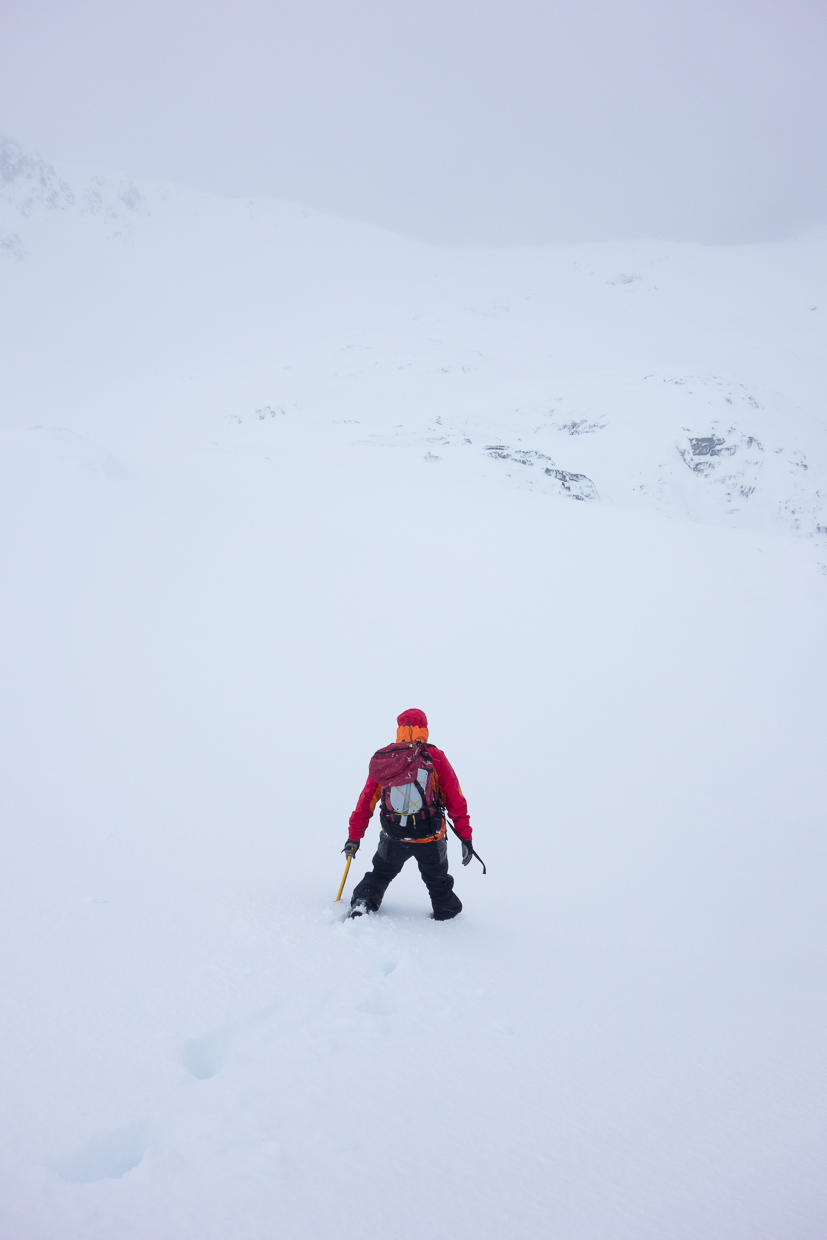