With the weather forecast to be better today, and the best day for the forceable future, we decided to head up Ben Nevis and see if we could find something to climb. Due to not knowing what we were doing we ended up taking in a full rack, of which we used very little… However, as there were three of us the weight was distributed well.

The weather in the morning was horrible, for almost the entire walk up to the CIC hut we were in the wind and fairly heavy rain, which meant that by the time were were there we were feeling pretty miserable and seriously considered bailing on the whole idea. After some motivation from me once my hands warmed up we decided to carry on up into Coire na Ciste, this was very hard going for the person breaking the trail, with drifts up to waist deep in places! 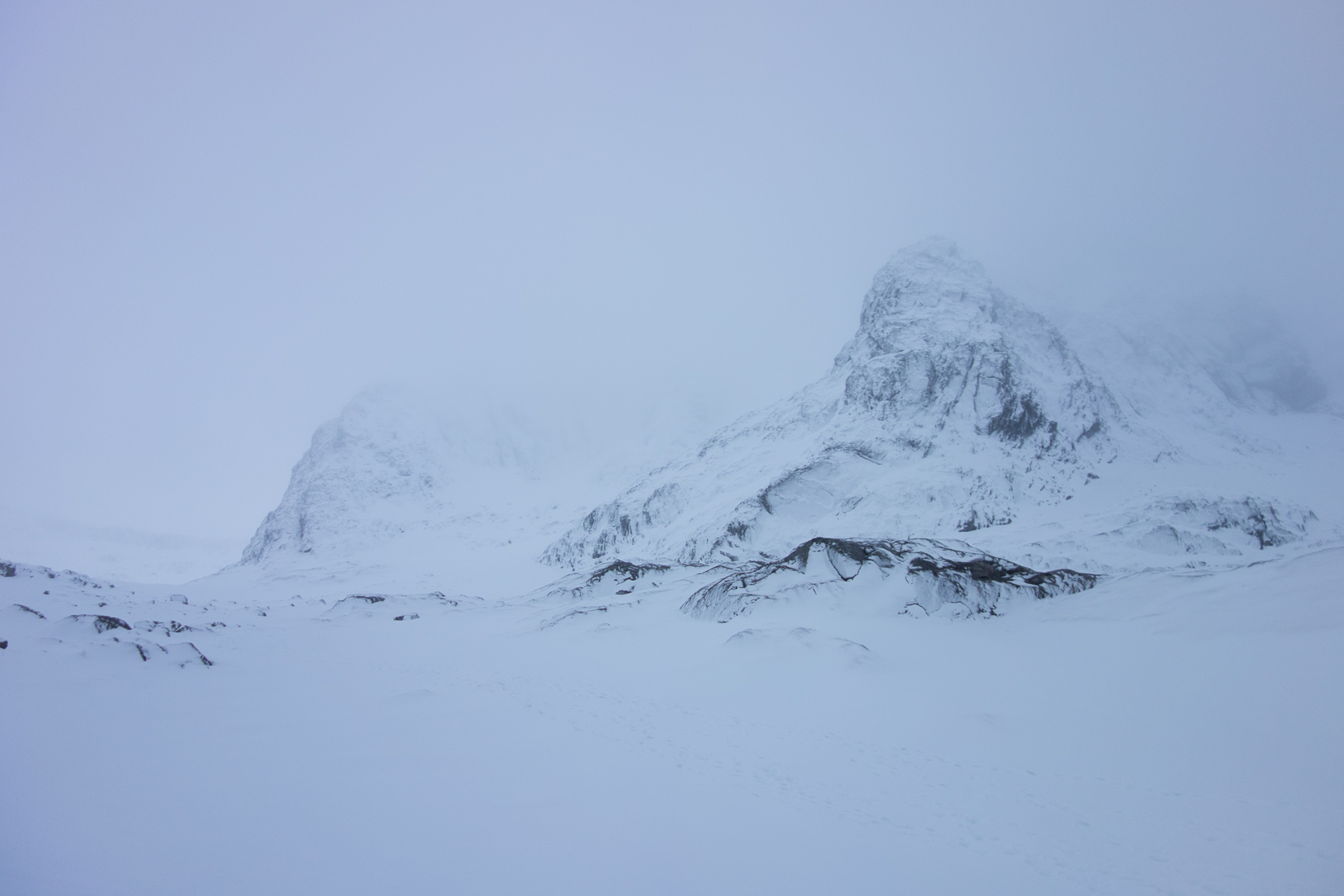 The view from the CIC hut 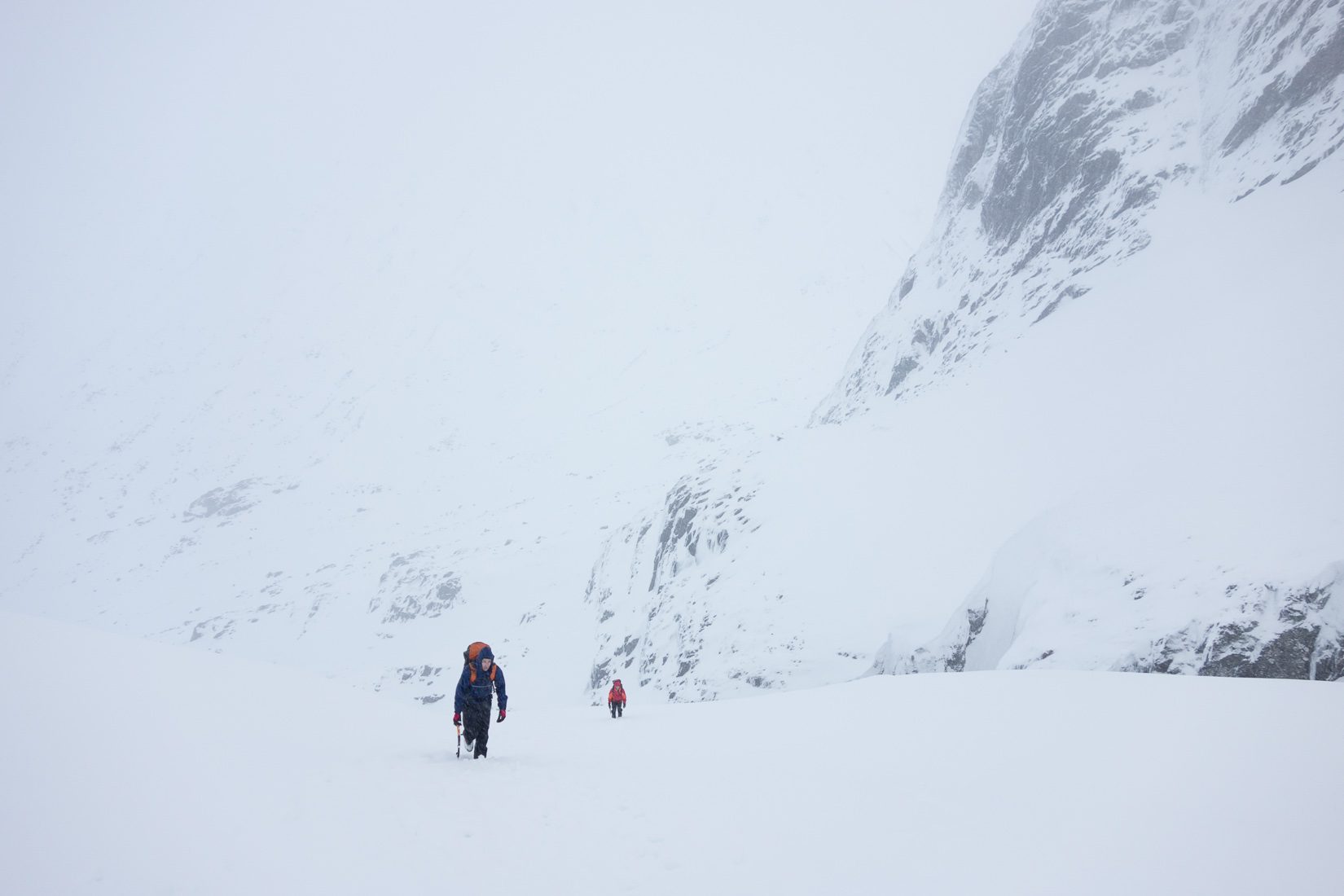 Once we got near to the base of number 5 gully we made the decision that we didn’t want to continue any higher into the coire due to it being very hard going and the avalanche risk higher up. So we decided to abandon climbing and head up what we thought was Ledge Route, but turned out to be Jubilee Climb. Shortly after we got to the start of the climb two skiers who went further than us also decided to turn back.

The freezing point was around the height of the bottom of number 5 gully and it was nice to finally be above it! The snow lower down felt like it was fairly wet and just needed a good freeze, but once we got into the coire the snow felt very dry and still needs to do some thawing before another freeze for it to be any good! 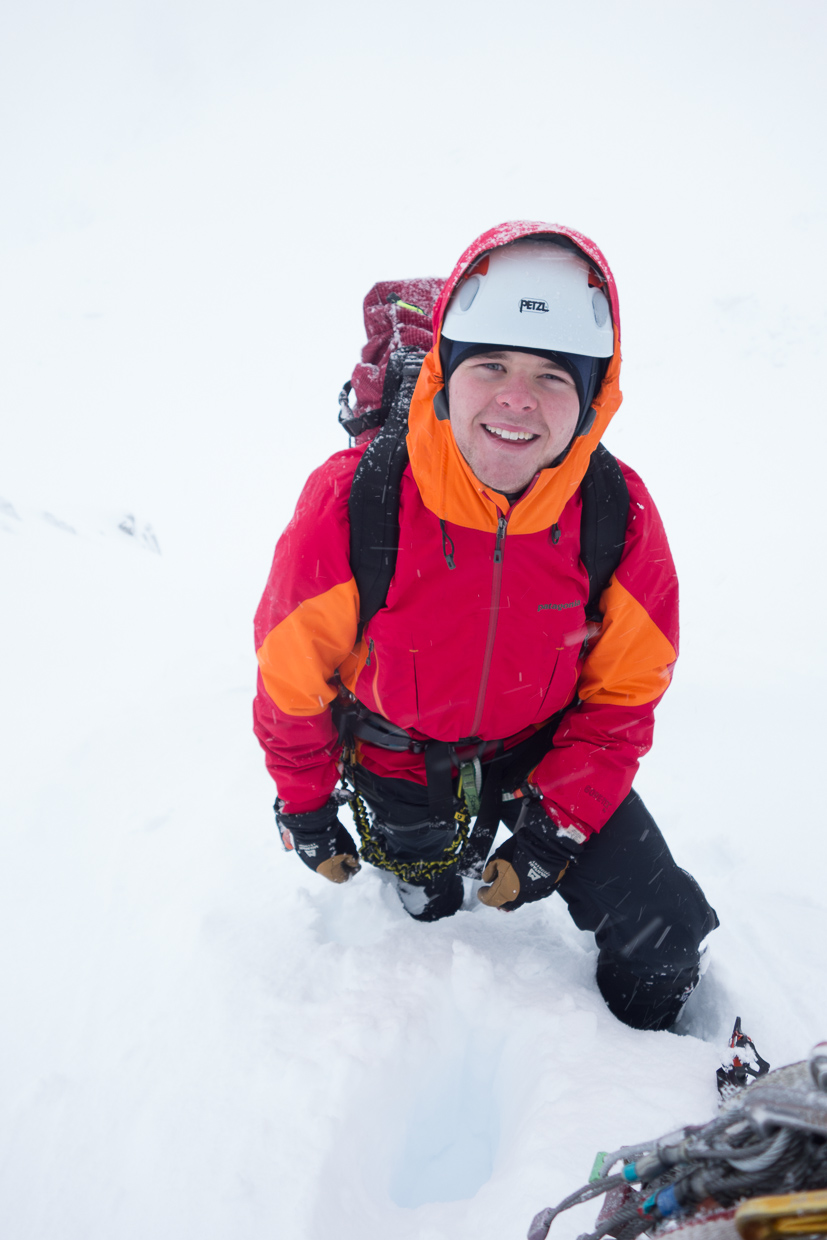 Happy at the start of the route 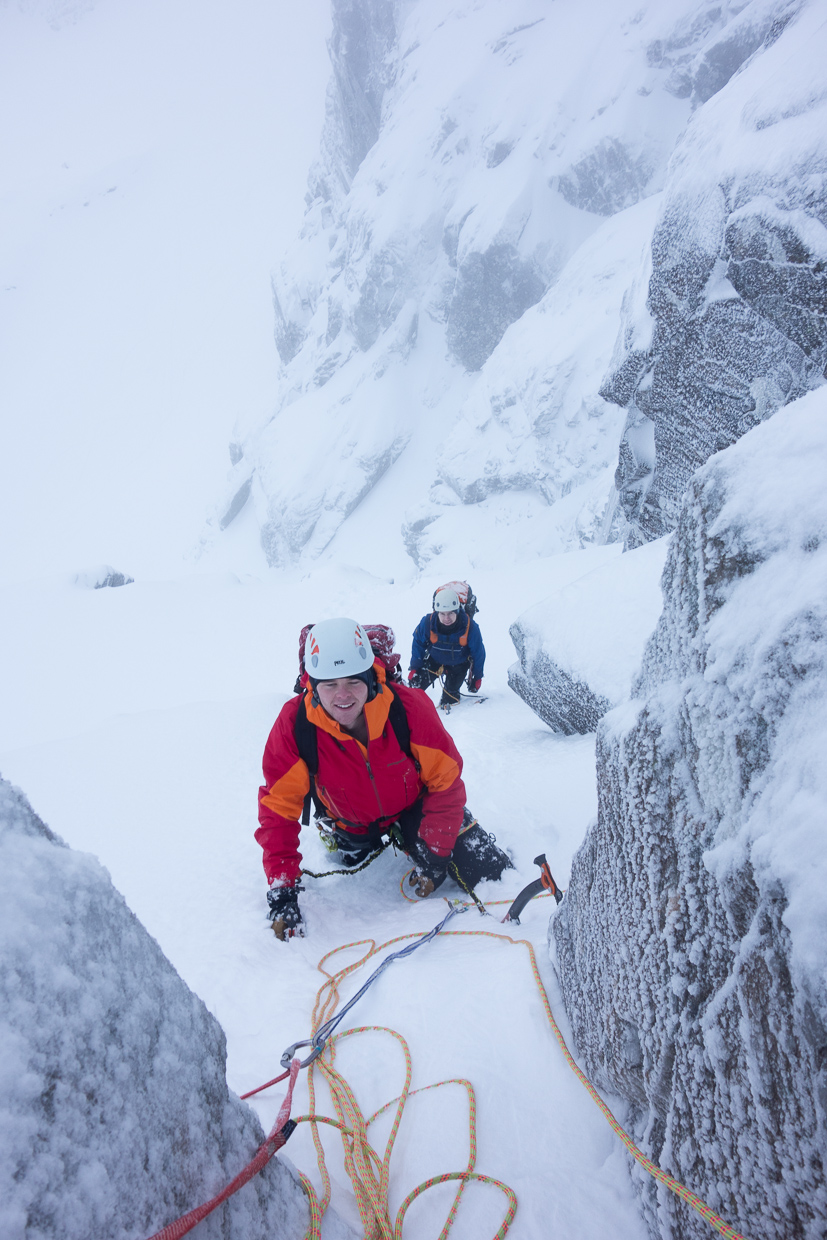 Arriving at the end of the first rope length

After swimming up the snow at the base we got to the start, which had a fairly exciting start for grade II due cruddy ice & unconsolidated snow so we pitched the first rope length, once we had done the first rope length we moved together for the rest of the climb and arrived at the top in good time. I quickly decided the guide book description was useless and just followed my nose up to the top which seemed far easier than trying to decipher what the guide book meant. After another long section of swimming we arrived on the ridge, was which a fantastic end to the route with some fun mixed steps. 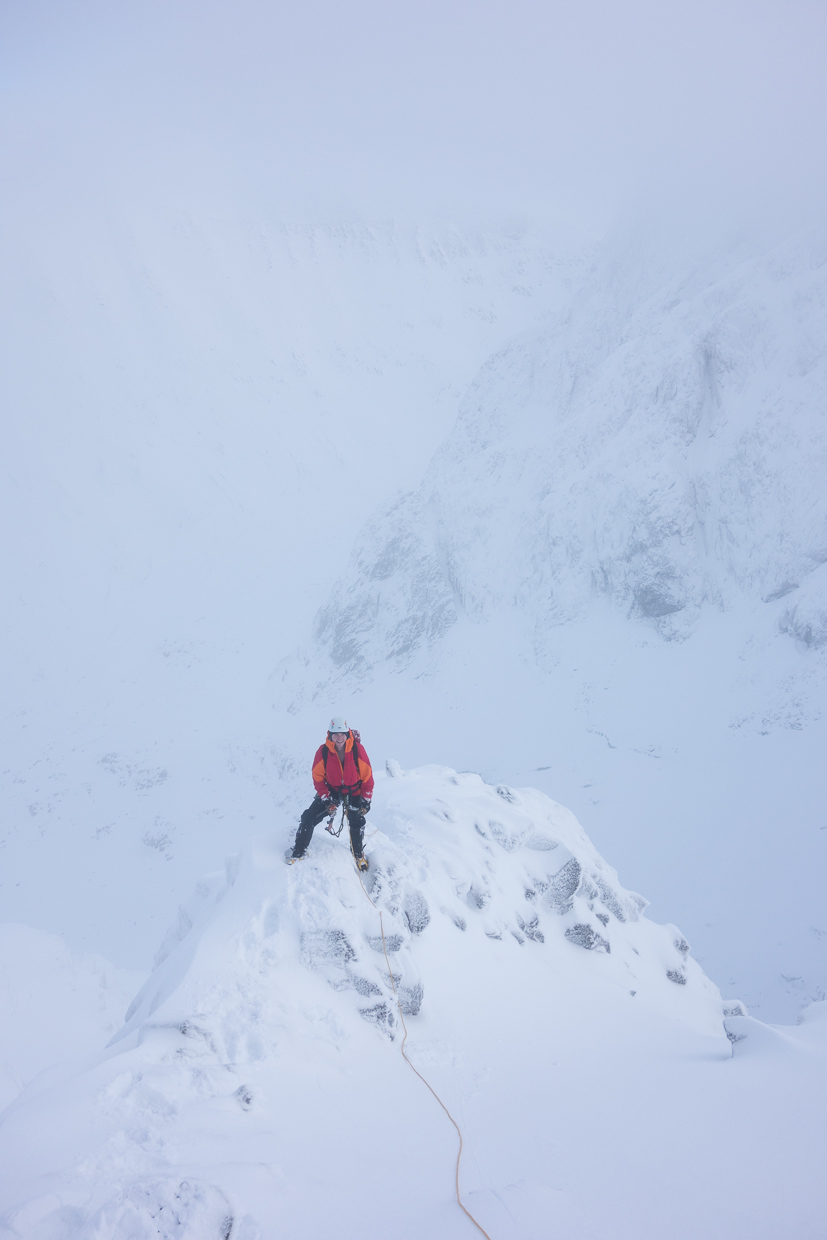 Moving togeather on the ridge 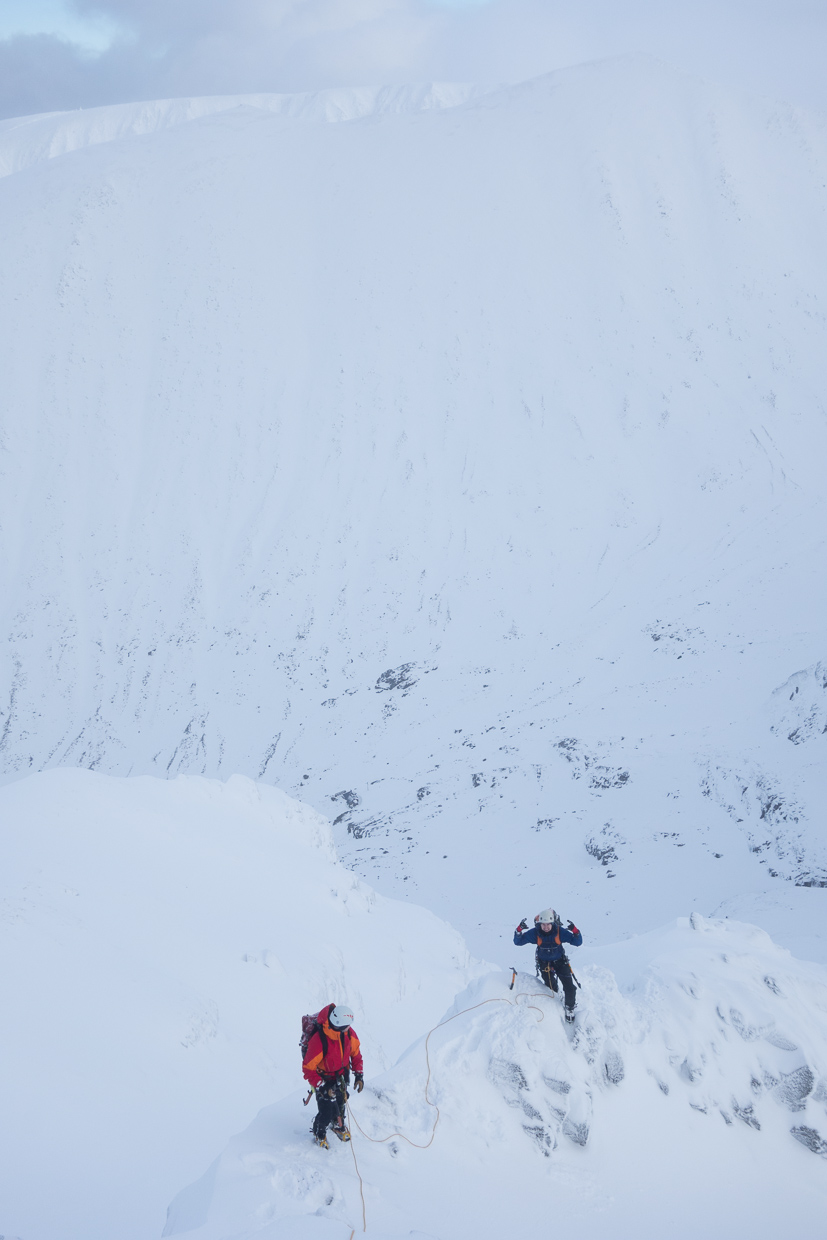 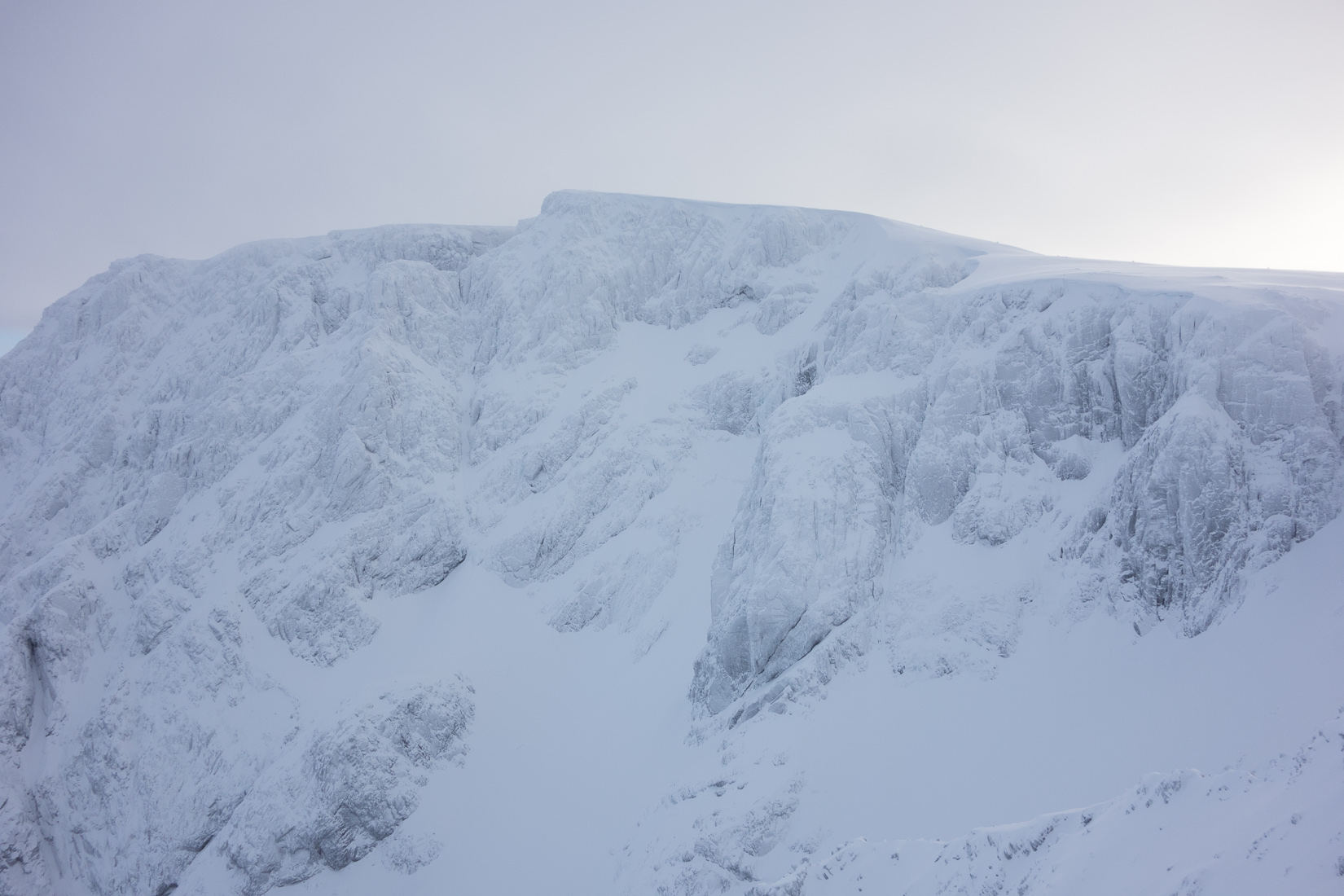 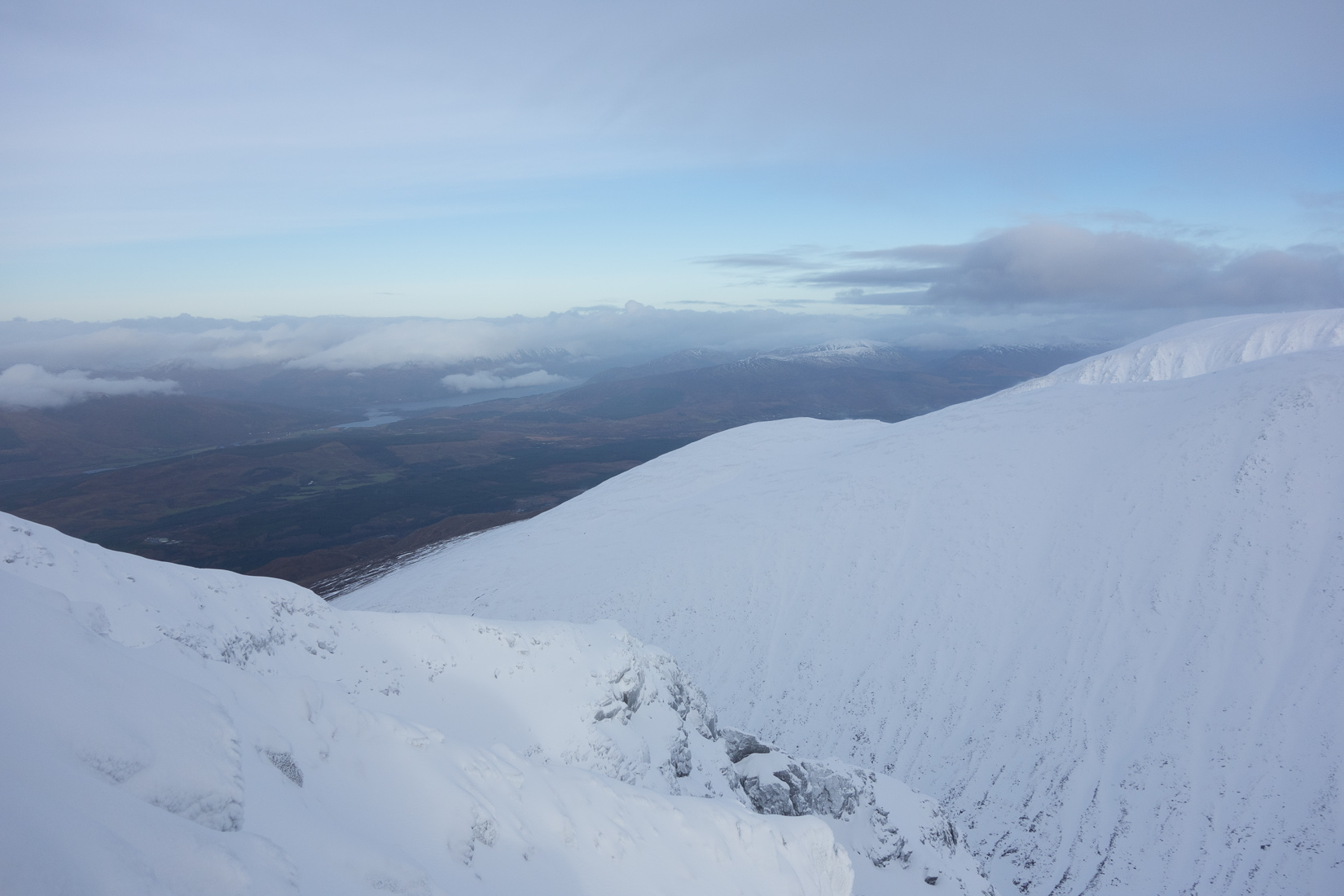 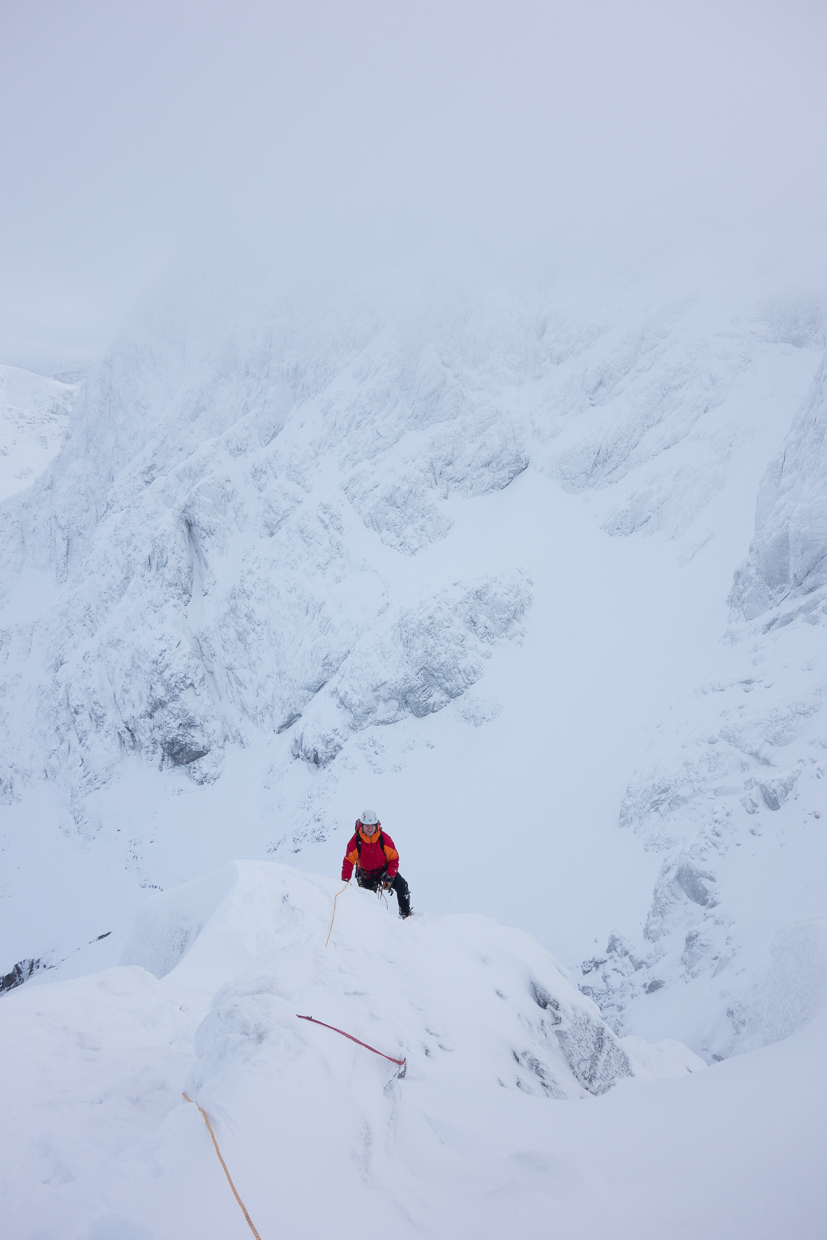 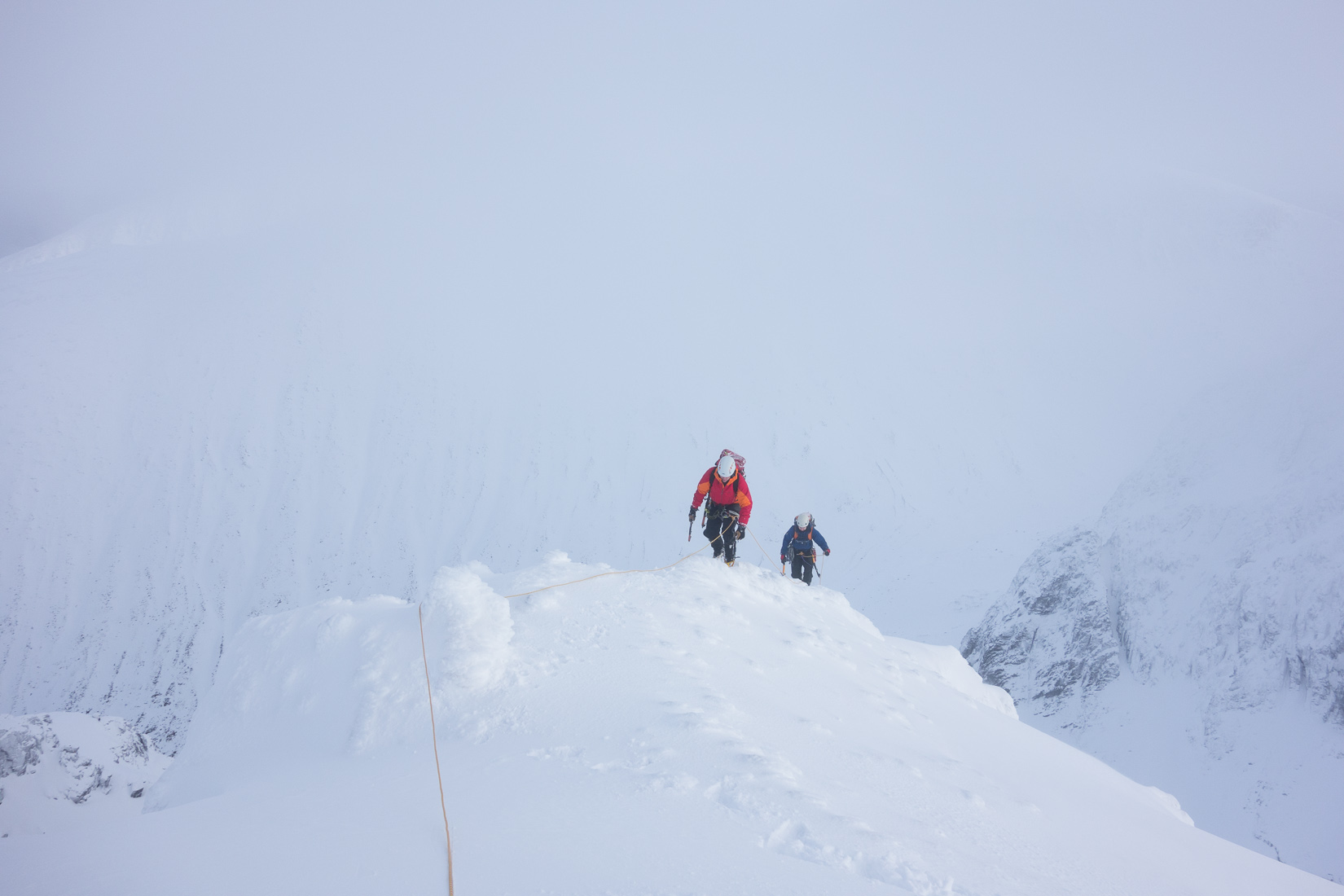 As we were approaching the summit the cloud base lifted and we got some fantastic views away from Ben Nevis, and also some good views of the crags in Coire na Ciste, it looks like the rock is all nicely rimed up and there is some ice starting to form, but for ice a few freeze thaw cycles are needed!

Due to the avalanche forecast we couldn’t descent number 4 gully, so we descended next to the Red Burn to get down to the half way lochain, this was easy and quick in the snow with a mixture of walking quickly down soft snow and glissading. Once we were there we descended down the bog to the top car park and arrived surprisingly quickly. 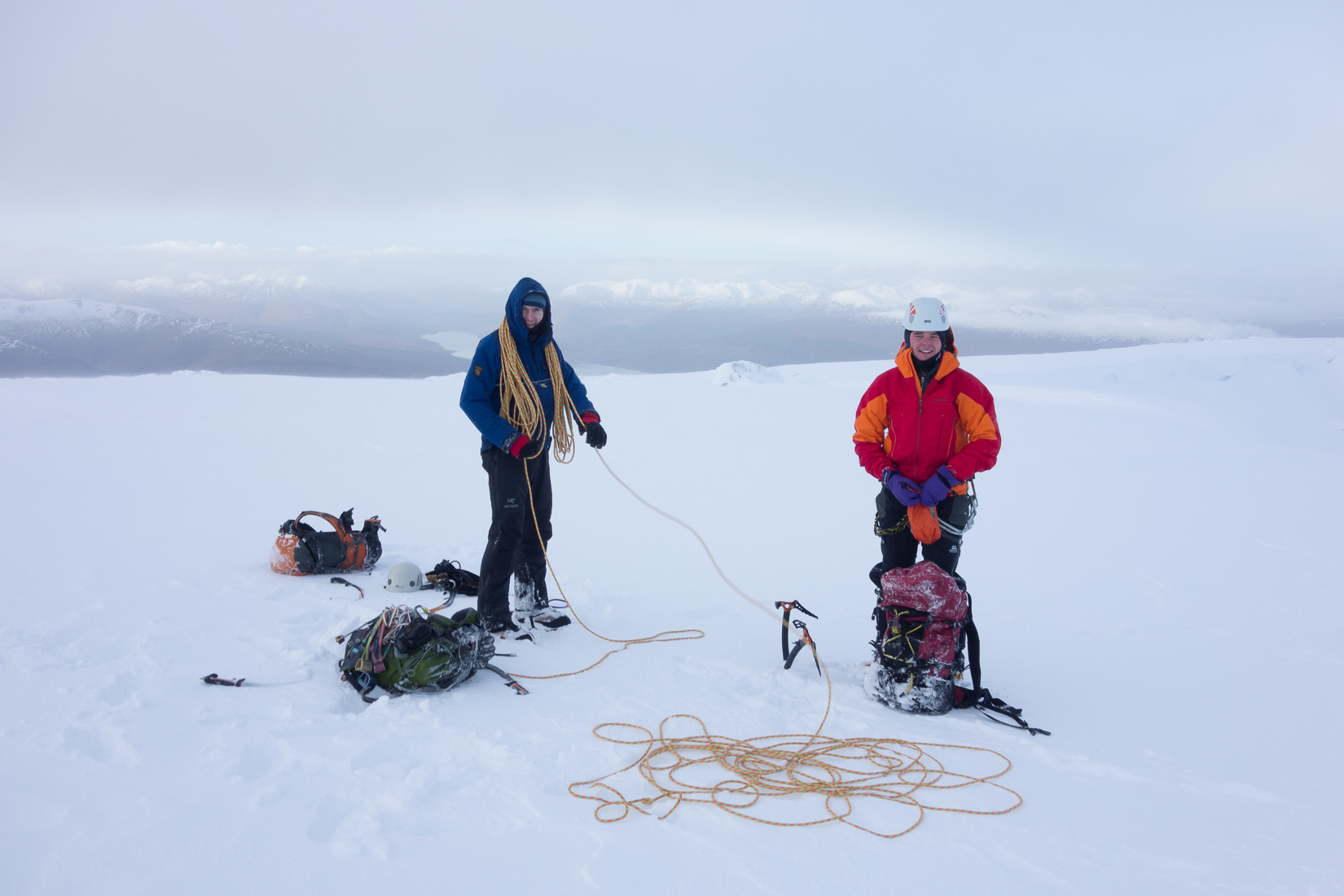 Sorting kit before a hasty retreat 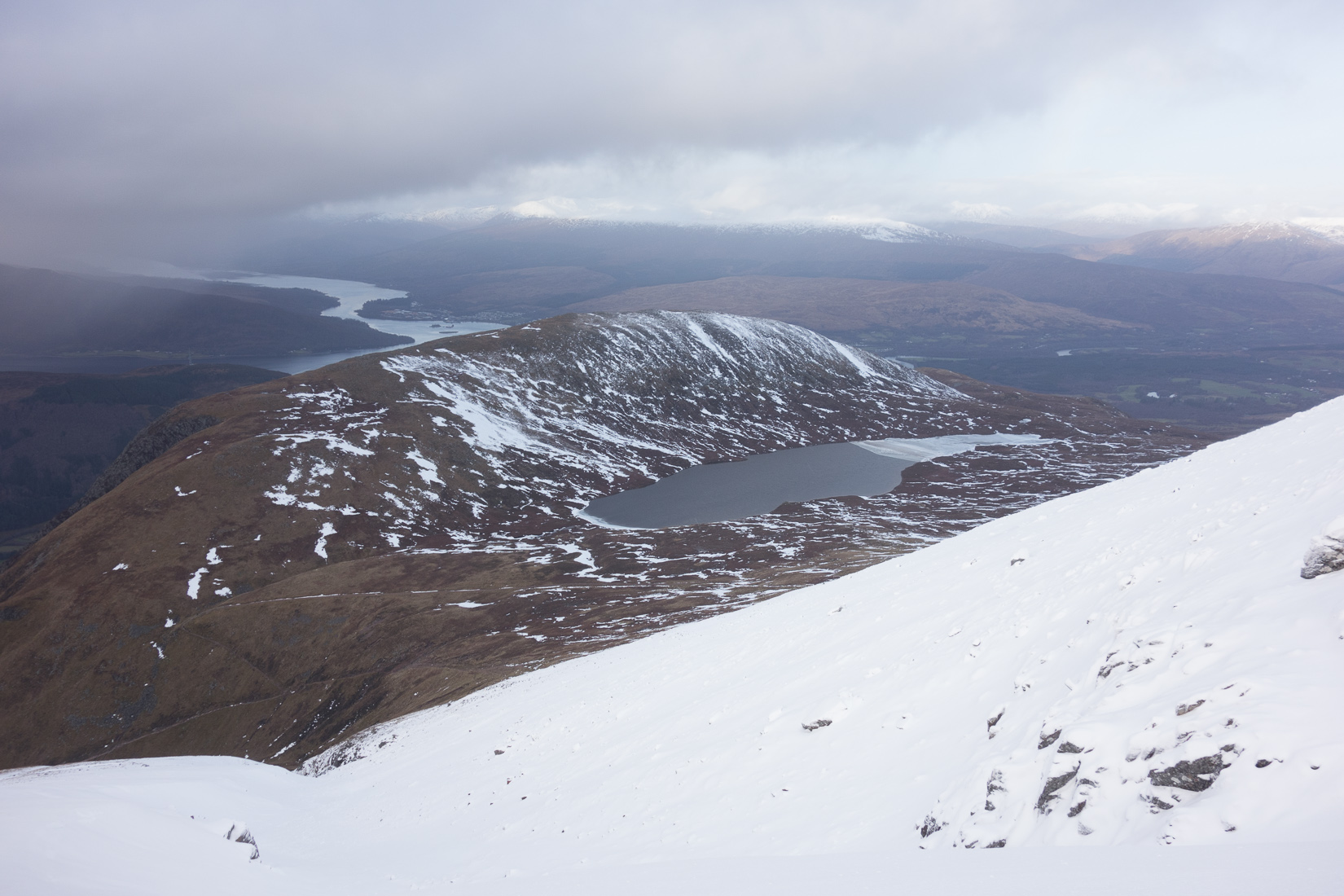 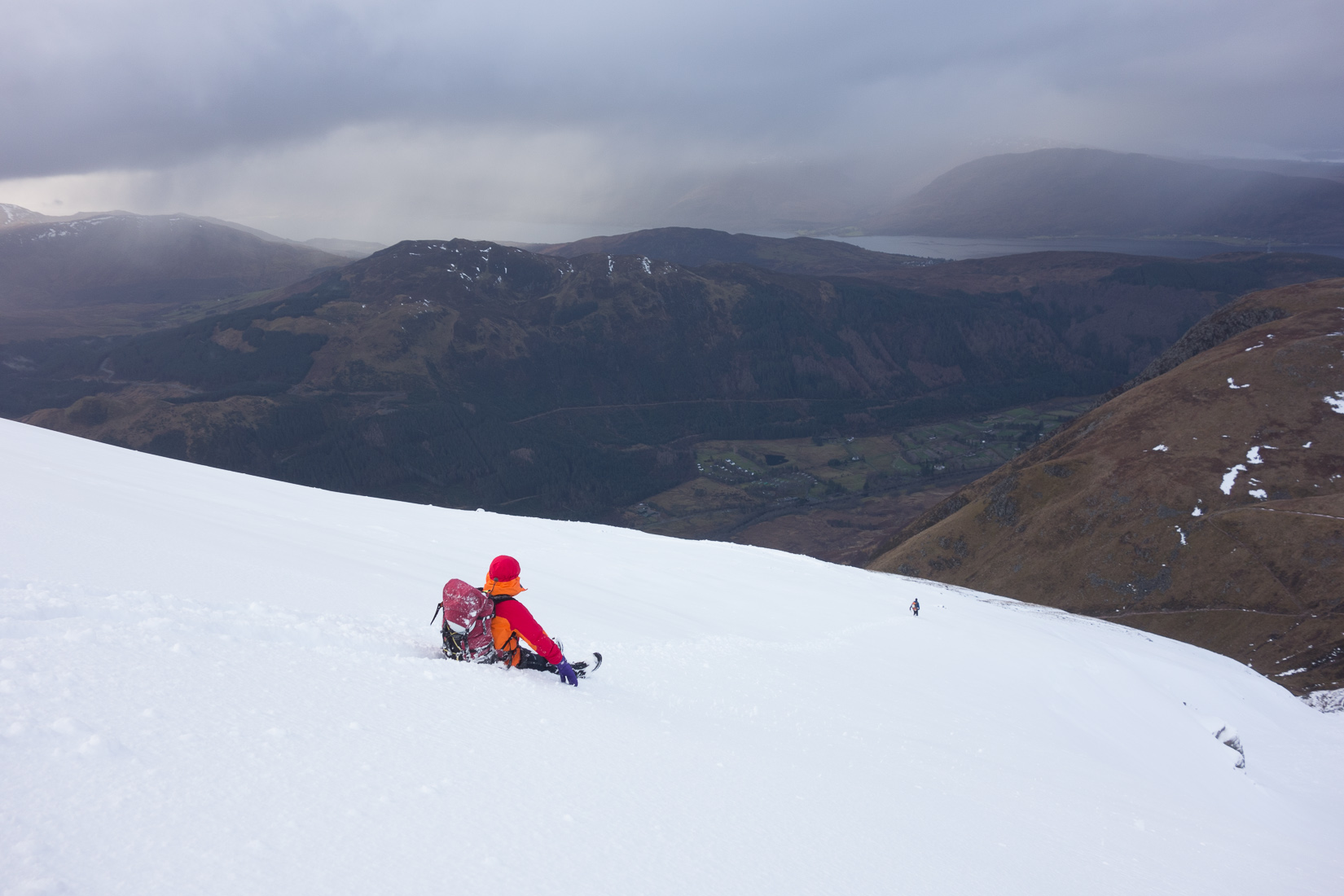 Glissading down the hill

One Response to “Swimming up Jubilee Climb”