The weather forecast on Monday was pretty good and suggested that the lower summits should be free of cloud and that there may even be some sunny spells so most of our group were heading to do Stob Ban via the East Ridge before heading along the ridge to Mullach nan Coirean, a walk which I did last new year in hill fog and gale force winds. I was planning on heading to Aonach Mor again with Jon to do some ice climbing, however after the fail of the previous day this time we had a backup plan which was the East Ridge of the North Buttress of Stob Ban, a grade II/III route depending on how closely you followed the ridge. Again we got to the gondola station to find them on hold due to wind and after a coin toss we waited until 9am when they were reviewing their status. This turned out to be pointless as at 9am they reviewed and were shut until midday so we changed to our backup plan.

As we were not optimistic about them opening we re-packed our bags removing the ice gear and a rope before the decision was made so we quickly drove to Glen Nevis and started the walk in to Stob Ban, after around 20 mins we caught up with the rest of our group so continued the walk in with them until we reached the point where we had to depart. 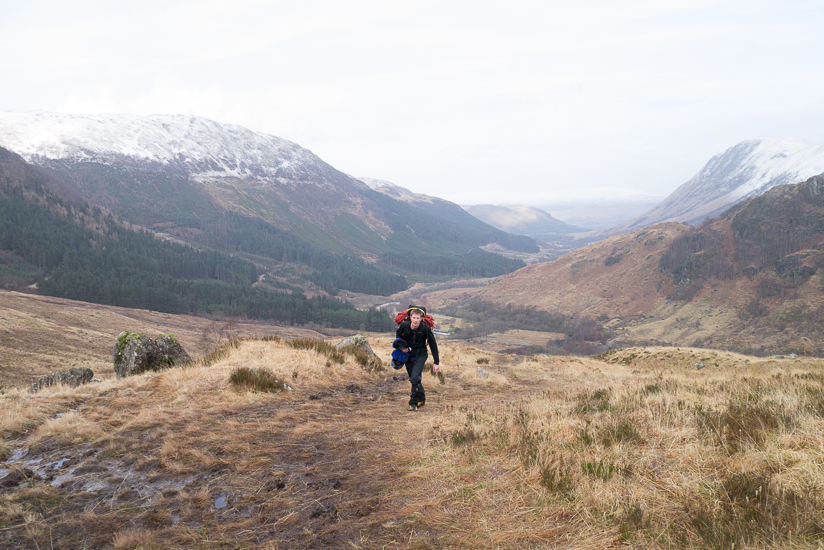 Walking in to Stob Ban 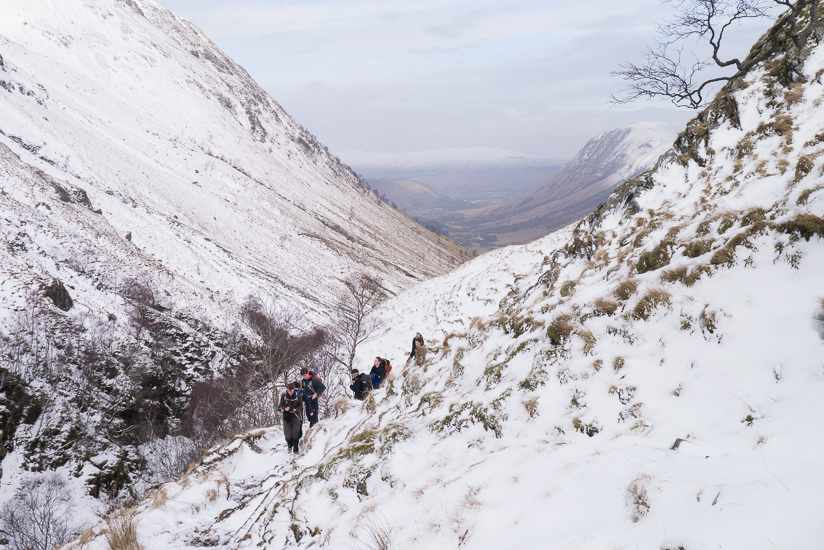 Walking in to Stob Ban

After gearing up we left the rope at the top of a bag and made the decision to solo until one of us wanted to get the rope out to save on time. The weather was fantastic with occasional sunny spells and fantastic views, the snow was all powdery from the previous few days of snow but where it was needed the turf was nicely frozen underneath. After about 2/3rds of the ridge we decided to rope up but rather than pitching the route we moved together alpine style mostly using natural rock spikes as protection but also the odd hex and sling.

None of the climbing was difficult but it was all very enjoyable due to the conditions and the exposure in places, in fact the most difficult part for me was a steep wall which I chose to climb as it looked fun while we were soloing and it turned out to be far steeper than I anticipated! After a fairly quick climb we approached the final ridge to the summit to see the rest of our group descending off of Stob Ban.

After a quick catch up they carried on with their walk, I left Jon eating lunch and headed up to the top of Stob Ban to see what the view should look like after last new years white out conditions. The walk up the ridge to the summit was worth it as the views were fantastic and a sample of what was to come for the rest of the week!

Once I got back to where Jon was eating lunch, I quickly ate a sandwich and we headed along the walk the others were doing and caught them up just after the final summit. The walk was actually far longer than I remembered and made for a longish day out when combined with the climb, late start and the wind which was pretty brutal and unrelenting. I was very glad to finally get out of it half way down the descent. 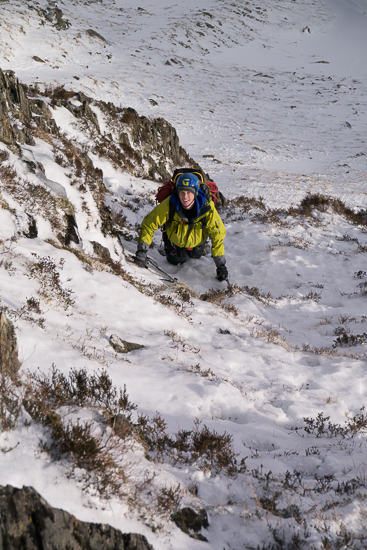 Start of the North East Ridge 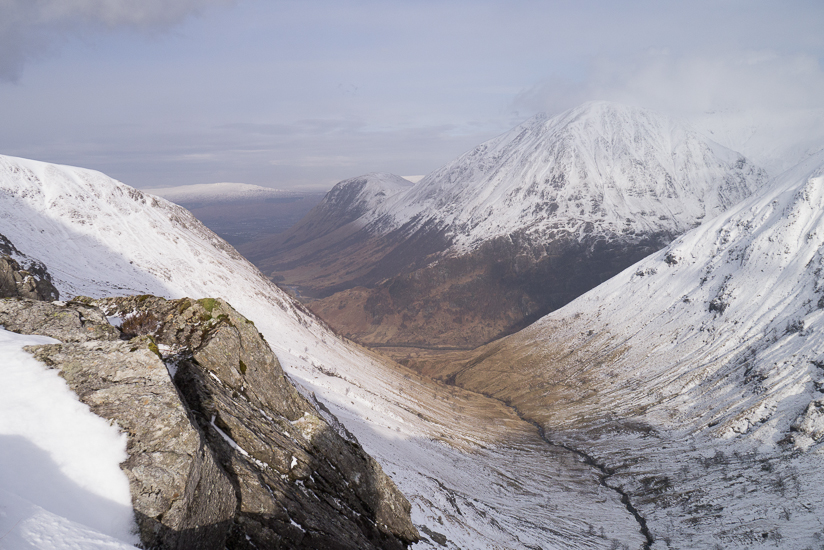 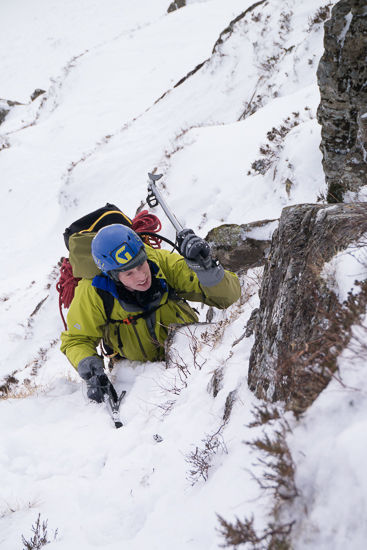 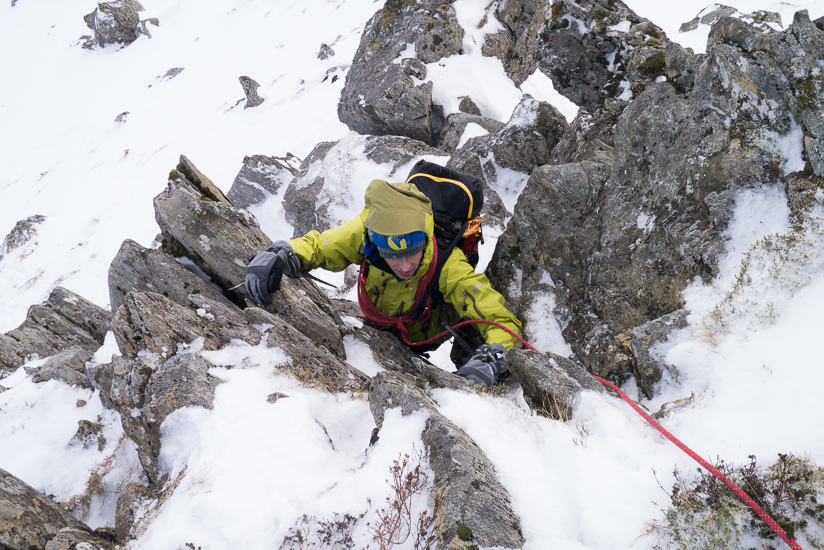 Time to ditch the axes 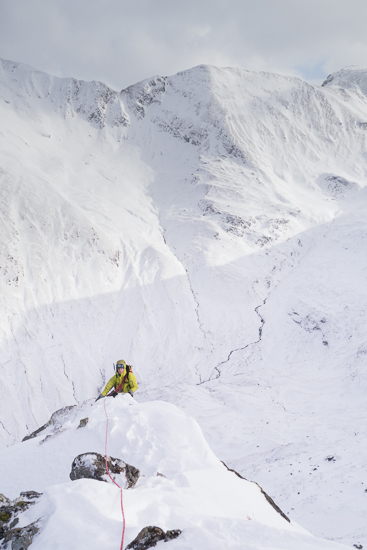 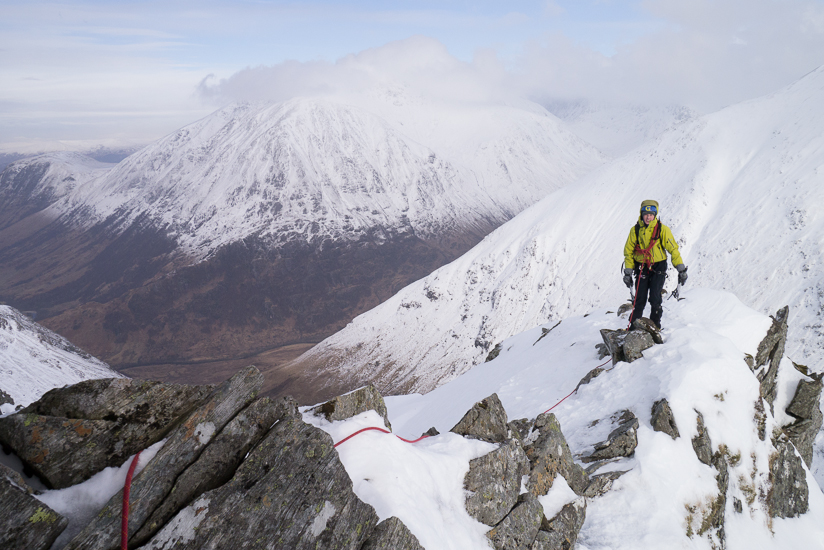 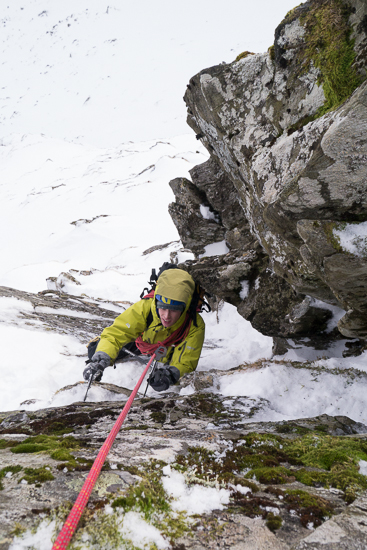 Mixed climbing up the crux 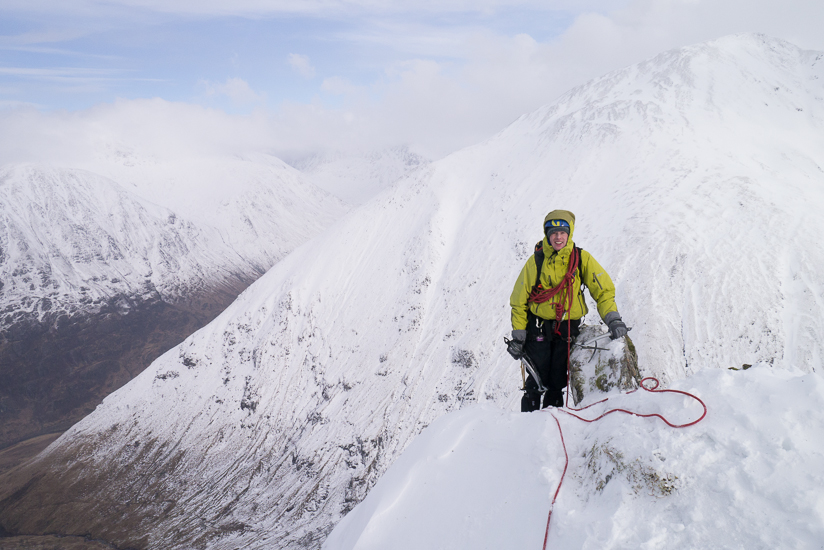 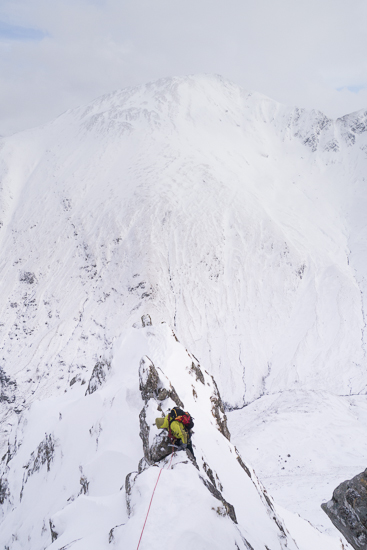 Approaching the end of the route 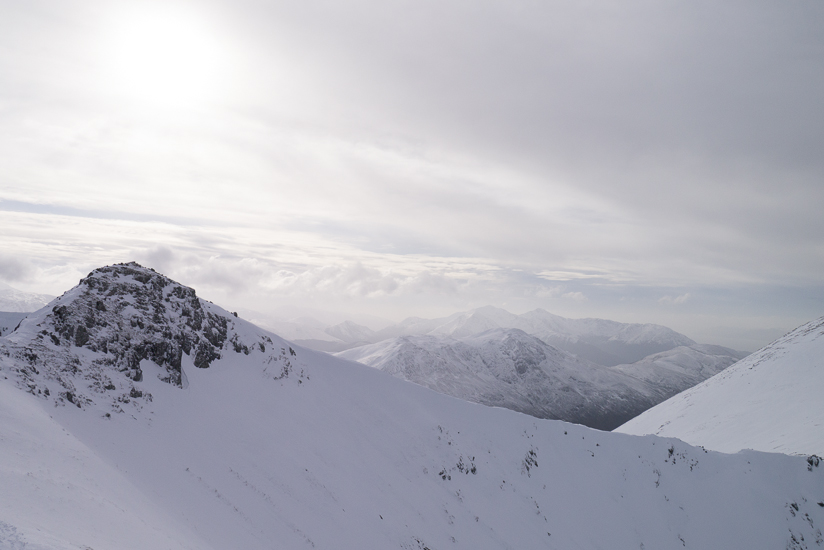 View from the top of the ridge 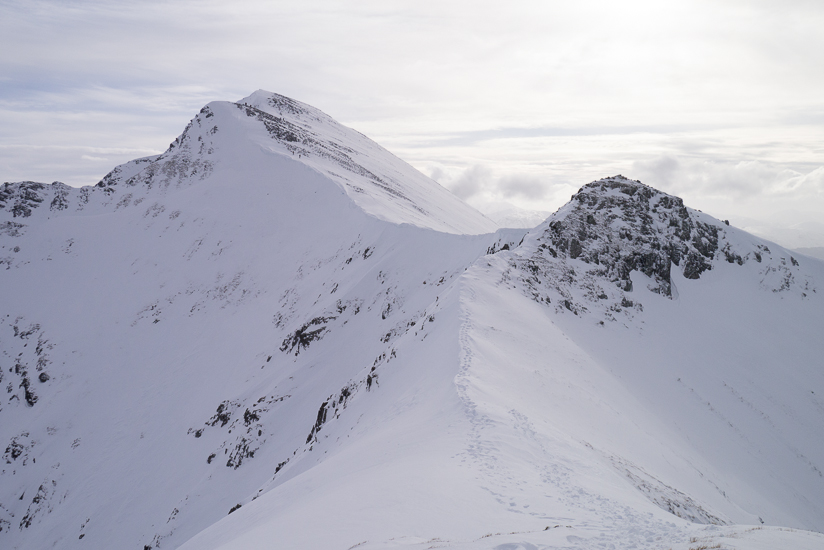 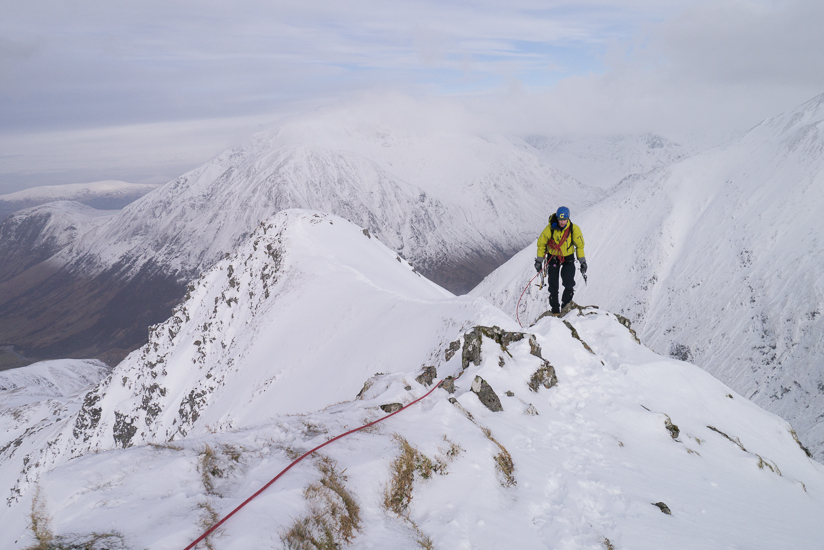 Jon walking along the ridge 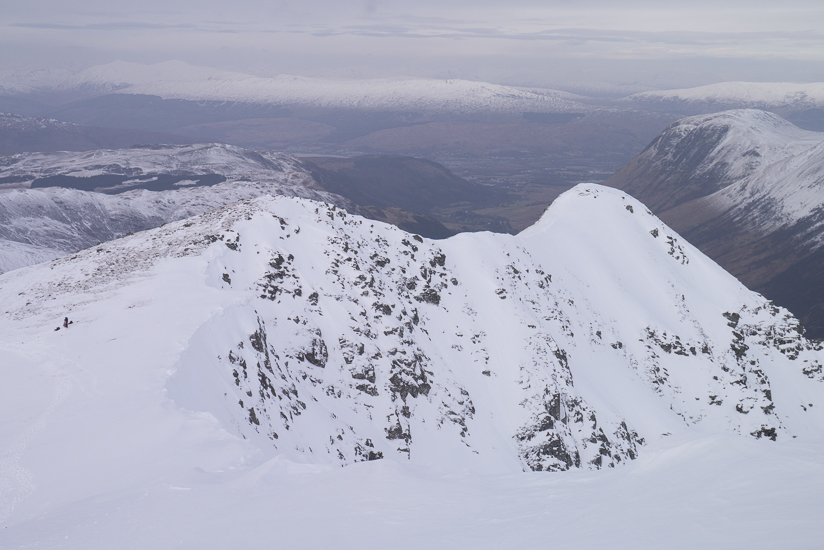 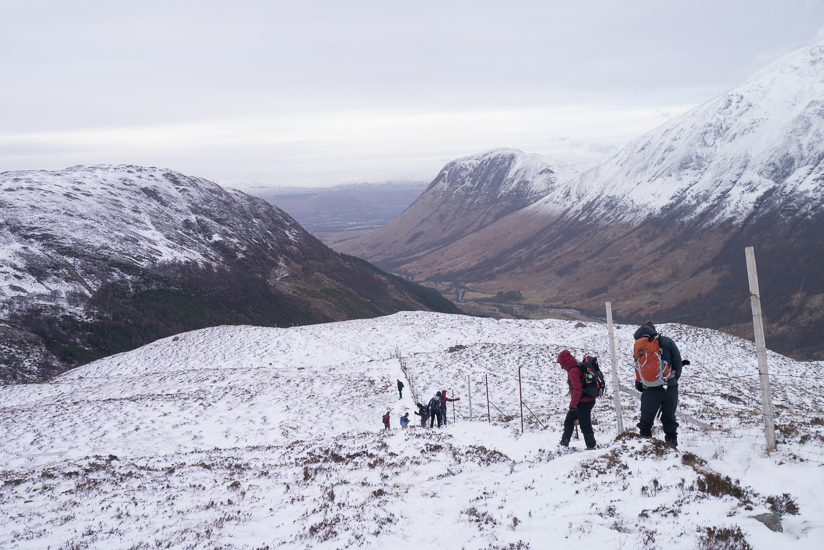 Descending down to Glen Nevis