I have just got back from a brilliant four days sea cliff climbing down in Cornwall with my parents. Having spent most of July waiting for any nice weather to go on a climbing trip we were finally greeted with a a weather forecast which consisted of sun for an entire week so we headed off.

On the first day we headed to Chair Ladder where we climbed a couple of VS routes to adjust to the rock, and it definitely took a bit of getting used after plenty of climbing on limestone. The first route that we climbed was South Face Direct which was graded at VS 4c, although a few moves felt hard for 4c but this was probably because we were not used to the rock. It was a great route with some stunning climbing and locations, though route finding wasn’t so straight forward and I did end up belaying in the wrong place which was slightly awkward given that we were climbing as a group of three! After we had done South Face Direct we abseiled back down and climbed a classic VS called Diocese which was VS 5a, the first pitch was interesting climbing with some nice laybacks and then finishing up an offwidth crack to a belay in a cave before the second and iconic pitch which is a traverse out of the cave which was just fantastic. We called it a day after these two routes as it was getting late and we had three more days climbing to do.

After a lovely evening watching the sun set from the campsite the next morning we headed to a cliff near Chair Ladder called Carn Barra which was more suited to climbing as a group of three as all the routes are single pitch and most of them are non tidal which was convenient as low tide was not until 4pm. We started on an E1 called Crack in the Sky which Dad lead, it was great climbing which needed all sorts of techniques, though in the final few strenuous moves I ran out of energy and fell off which was disappointing, especially as it turned out I fell off on the penultimate move. After this we headed to the other end of the crag where I lead Dialectic which was an easy E1 5b which was great, though by this time the heat was starting to get to us as we were completely sheltered from the sea breeze and with the sun being reflected off the rock and the sea it was like an oven! Due to the time approaching low tide we decided to move to another tidal crag and one that my parents had never climbed at so headed down the cost to Fox Promontory, to get to the top of this crag there was a nice scramble down the crest of the ridge. Then in traditional sea cliff style we had to abseil into the crag, I went first and as from the point of departure we couldn’t see the base of the cliff, combined with no one in the group having climbed there before it felt very committing descending down the rope. The original plan was to climb an HVS called The Curtain Raiser though due to no gear low down and the bottom of the climb still being wet I backed off the route due to not fancying hitting the floor if I slipped off so instead I lead a HS called Reveille which was more like VS 4c though it was great climbing with a fantastic traverse on it, but the final move on the traverse was not a Hard Severe move. After this we called it a day and headed back to the campsite where unfortunately sea fog rolled in so we ended up hiding in the tent due to the cold!

We woke up again to sun and with increasingly aching muscles and toes we headed to Bosigran for some completely non tidal climbing at one of the UK’s best crags. To start with Mum lead a VS 4c called Nameless which was good, though I did fail at removing my first piece of gear, a rock on rope, which was frustrating! After this Dad lead the first pitch of Thin Wall Special an E1 5b, this pitch was fairly good money for E1 5b with both of my parents taking falls on it, so I was pretty pleased climb it cleanly onsight, admittedly not on the blunt end of the rope! After this pitch I lead through to lead the ungraded pitch and then after some discussion it was agreed that I would lead the final pitch which was described as this ‘Climb the corner all the way to the capping roofs and exit right via some very spectacular move’ . The corner was climbed easily until I got to the first roof where looking at where the route went was terrifying though after placing some solid gear I made the committing move over the first roof which lead to a rest position under the final roof which was a very intimidating position. After a while I managed to motivate myself to leave my nice safe rest position and fully commit to the move, though I didn’t get it right and there was no backing off once committed so I took a fall. After a few more attempts I had very nearly managed the moves, though I was beginning to get tired having climbed the first roof five times and also deciding that there is only so many times you can take a sizeable fall where you are swung into the rock before you get injured, lowered off and Dad lead the pitch. On my next attempt on a top rope I shot up it and ended up very annoyed that I didn’t have another go on lead due to using exactly the same technique as my final lead attempt.

The next day when we woke up we had to pack up the tent as unfortunately this was the last day of our holiday due to having to be back for the weekend so on route home we headed back to Bosigran but this time kitting up at the car as we were just doing one route, the classic of the crag ‘Little Brown Jug, VS 5a’. I lead the route with the direct start which made it HVS 5a and it was just fantastic, so many different types of climbing on fantastic rock in a stunning location, even the easy 4a pitch was interesting and good climbing. The final pitch was the best with great climbing, great gear (providing you have micro wires) with a spectacular finish up a layback crack. It was my favourite climb of the entire week and an amazing way to finish the holiday before heading home.

This was my first time I have spent four days in a row climbing and it was a bit of a shock to the body and when we got home my muscles were very achy, my toes in agony due to small climbing boots and fingers sore due to the granite, though despite this I am looking forward to heading back and getting some more time on the fantastic rock there which is surrounded by amazing scenery. 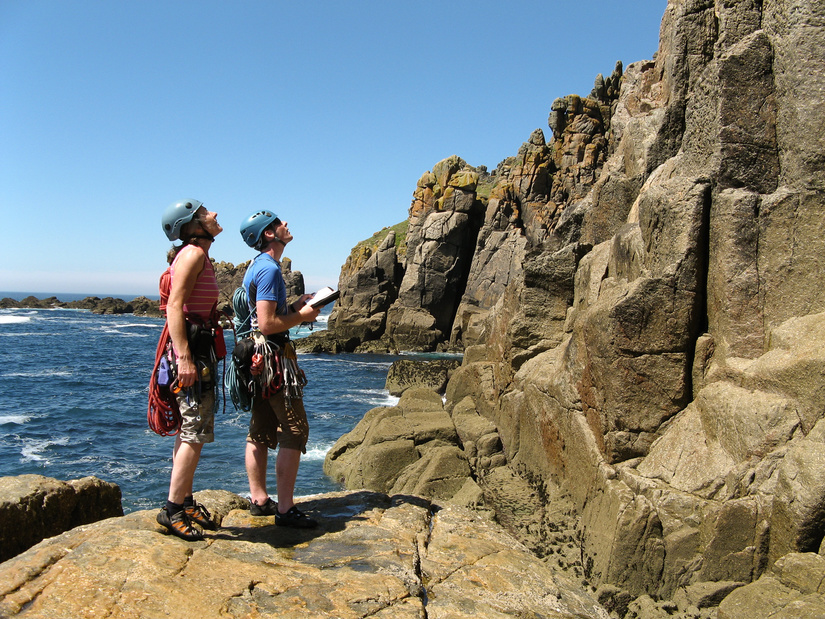 Working out where the route goes at Chair Ladder 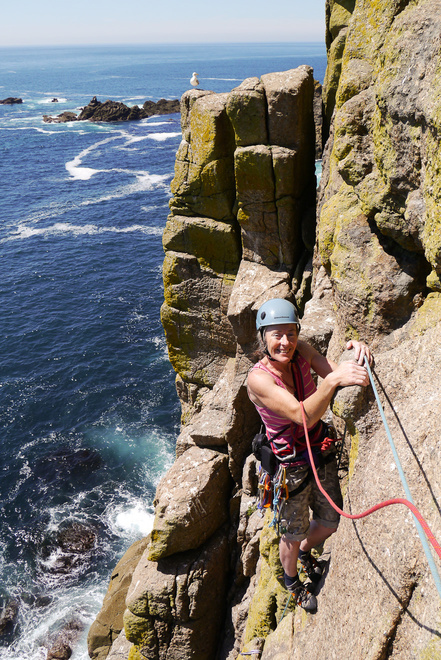 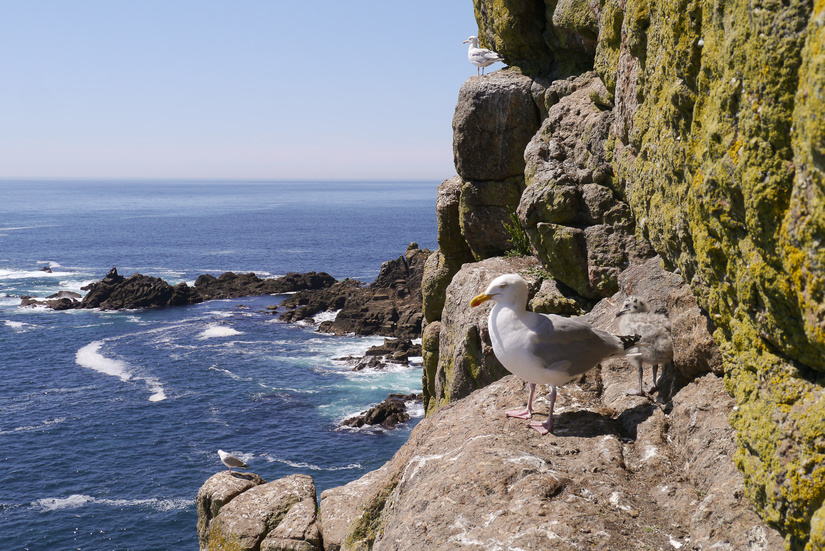 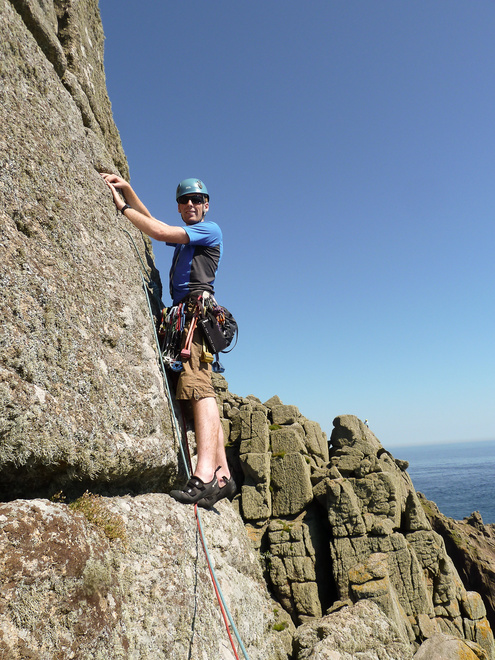 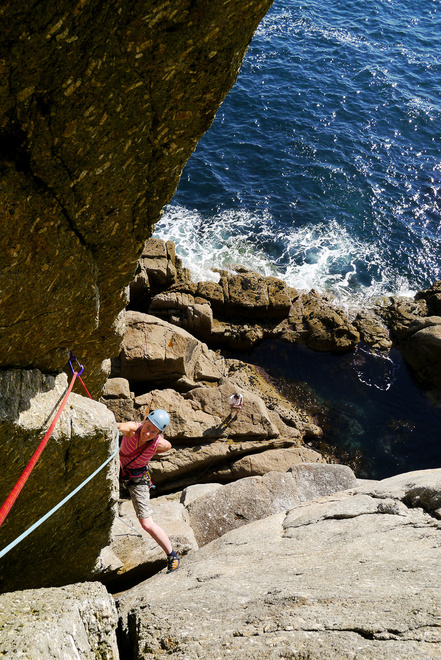 Mum climbing Diocese (VS 5a) 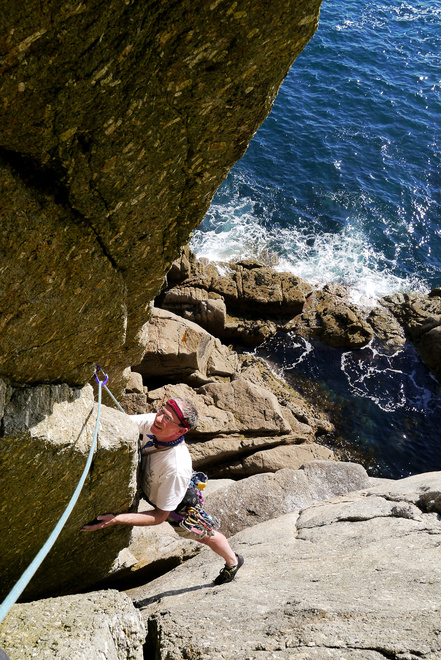 Puzzling move at the top of P1 of Diocese (VS 5a) 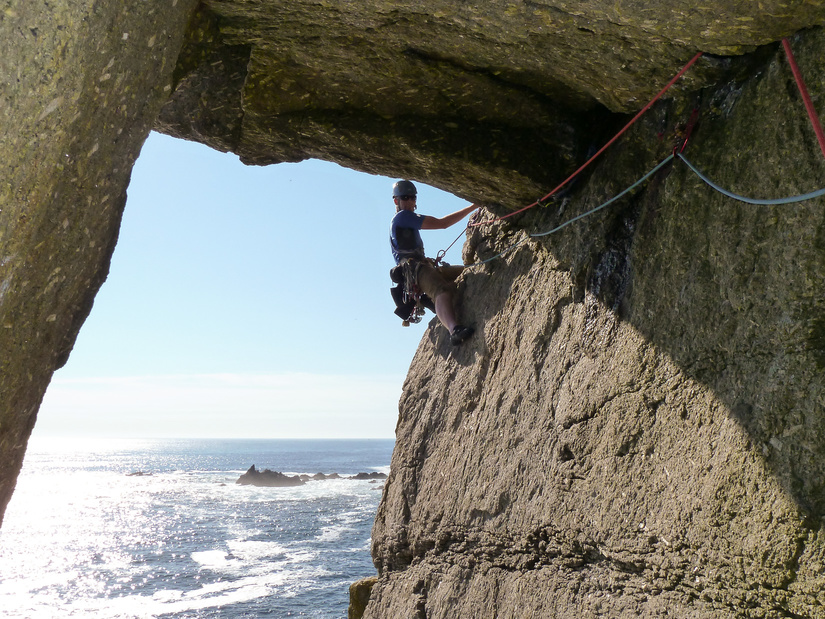 Me on the iconic traverse on Diocese (VS 5a) 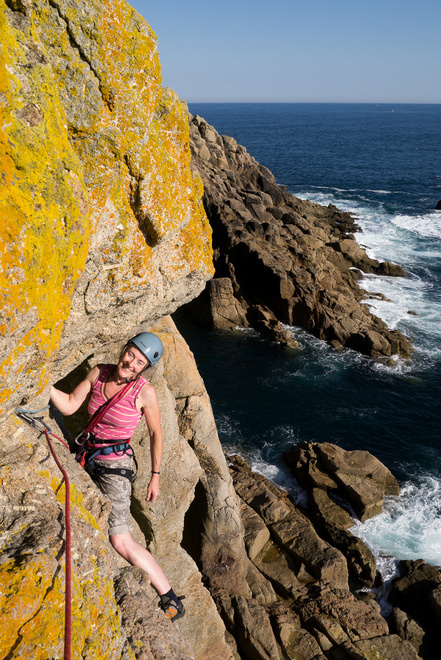 Mum at the end of the traverse on Diocese (VS 5a) 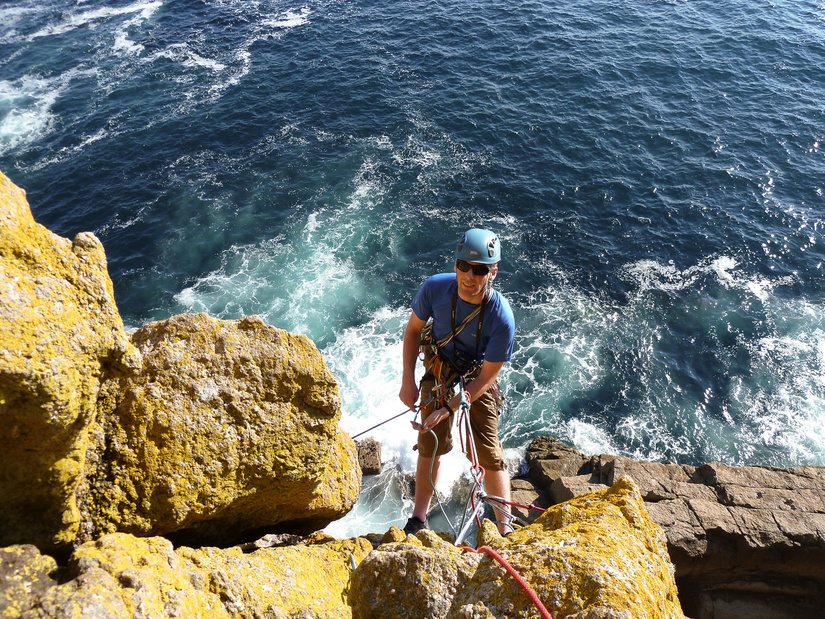 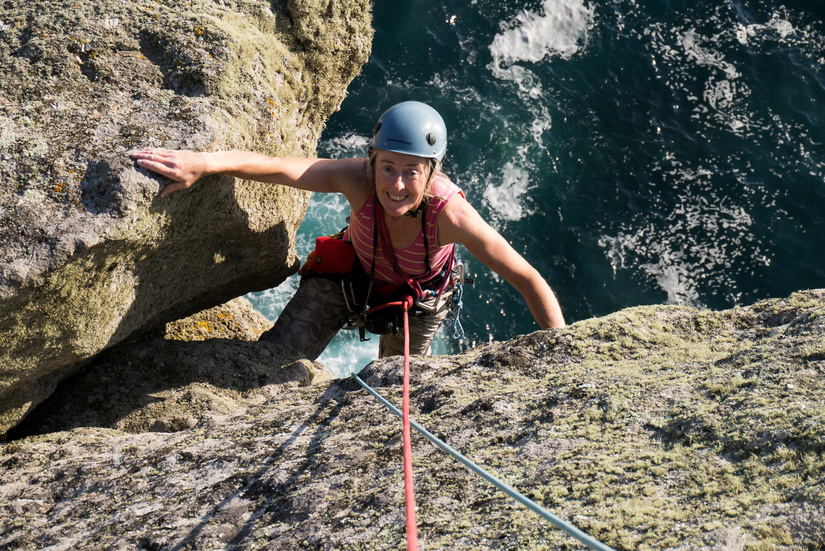 Finishing the top pitch of Diocese (VS 5a) 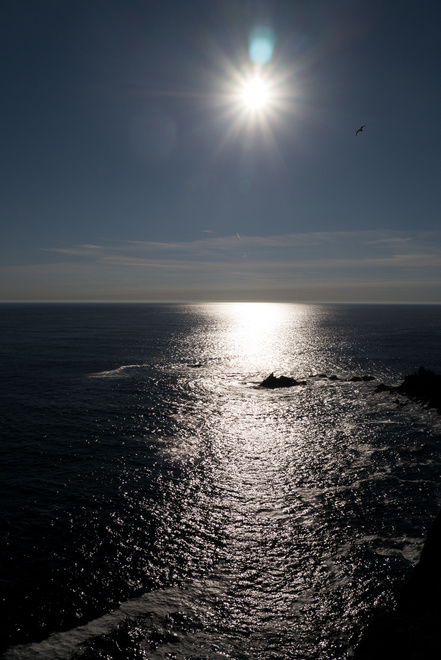 Setting sun from the top of Chair Ladder 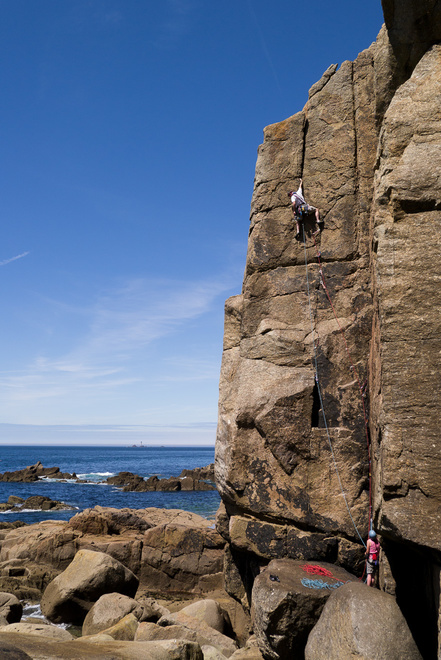 Dad Climbing Crack in the Sky (E1 5b) 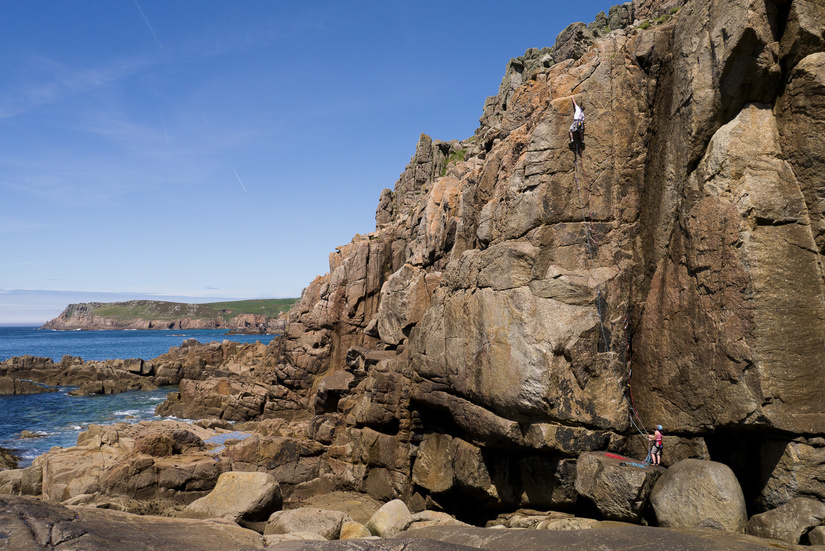 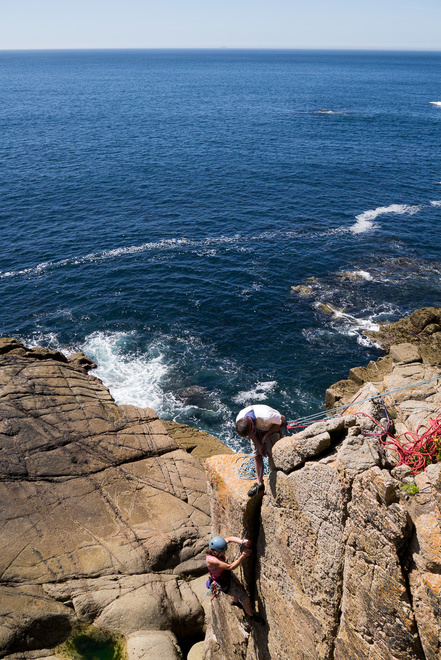 Climbing the final crack on Crack in the Sky (E1 5b) 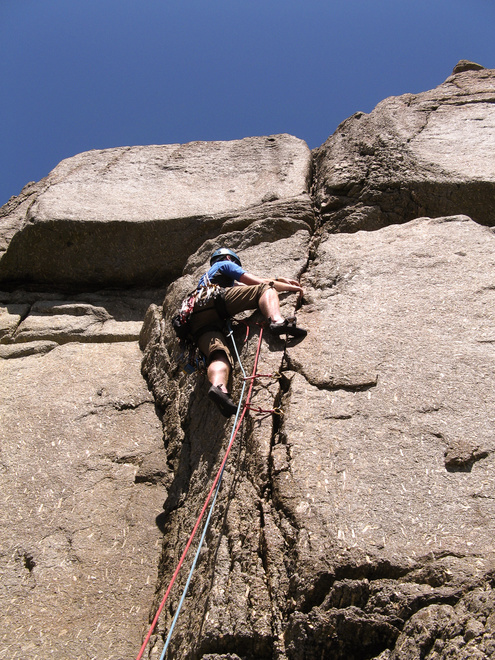 Me climbing Dialectic (E1 5b) 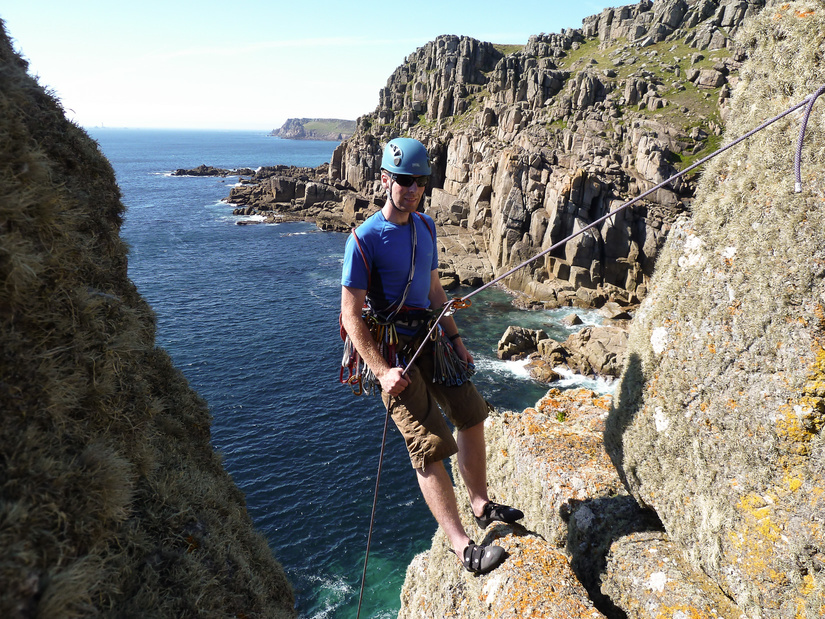 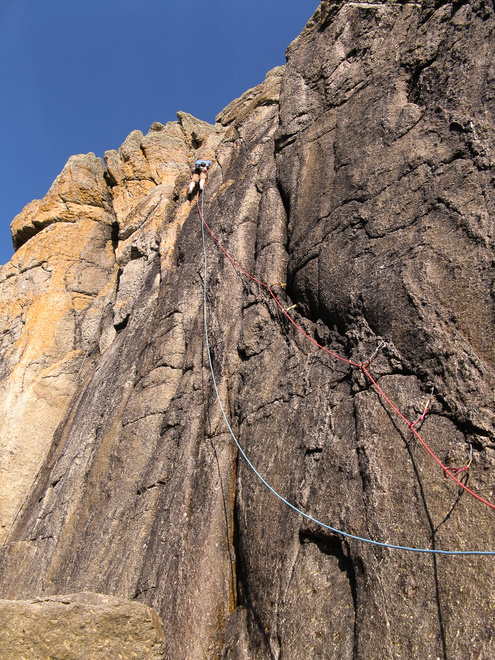 Me climbing Reveille (HS 4b) 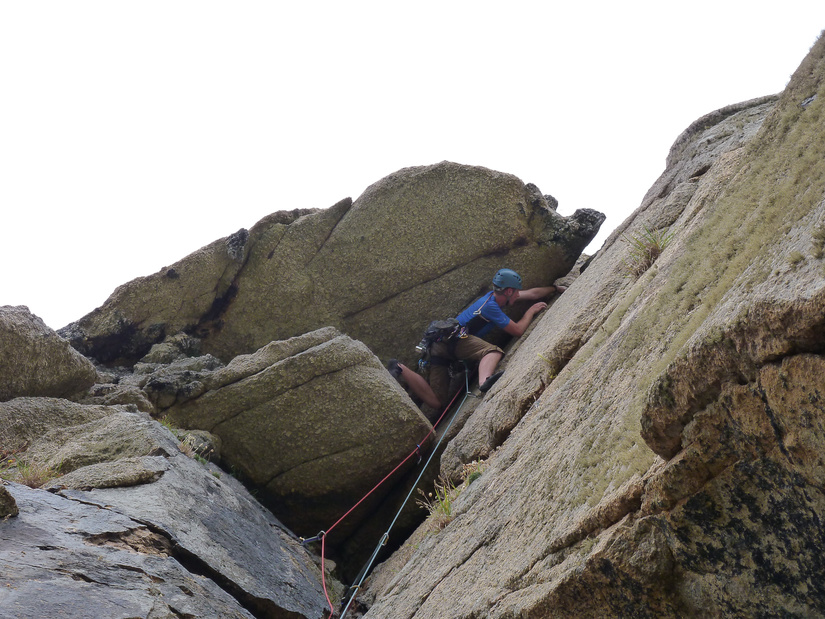 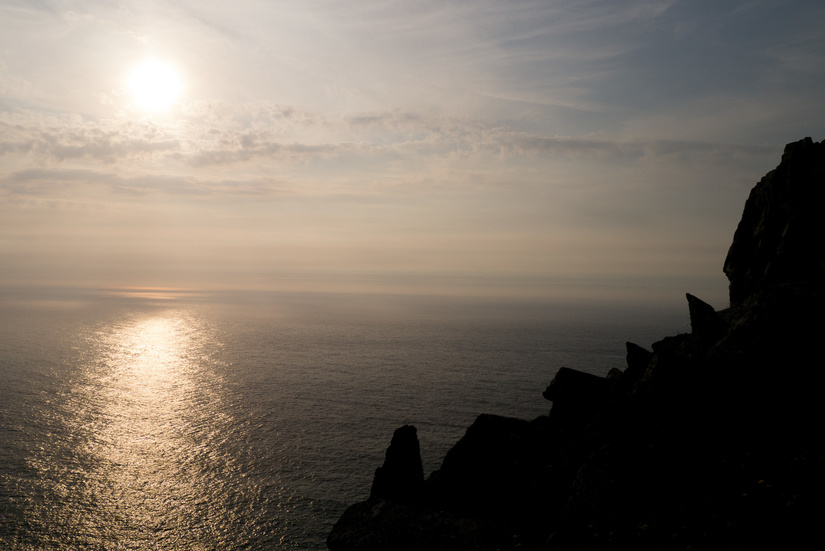 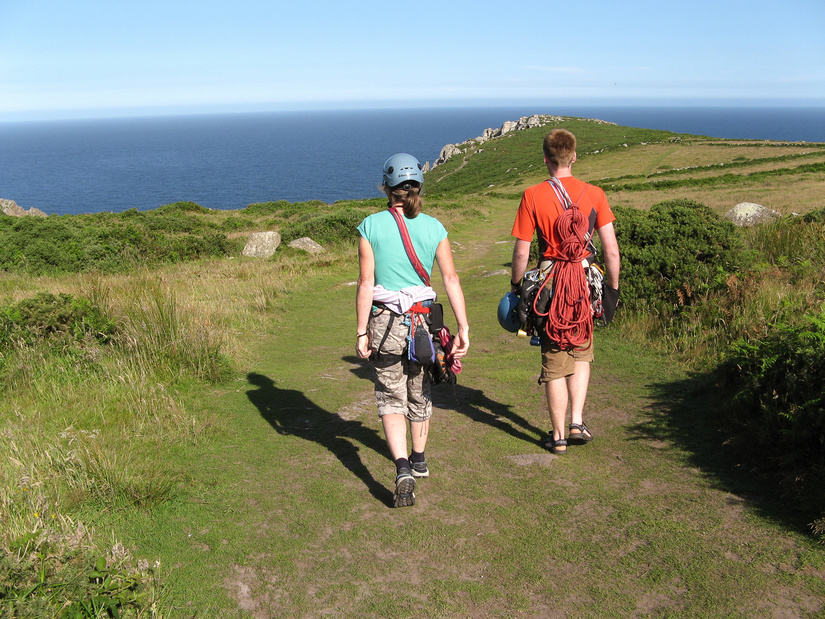 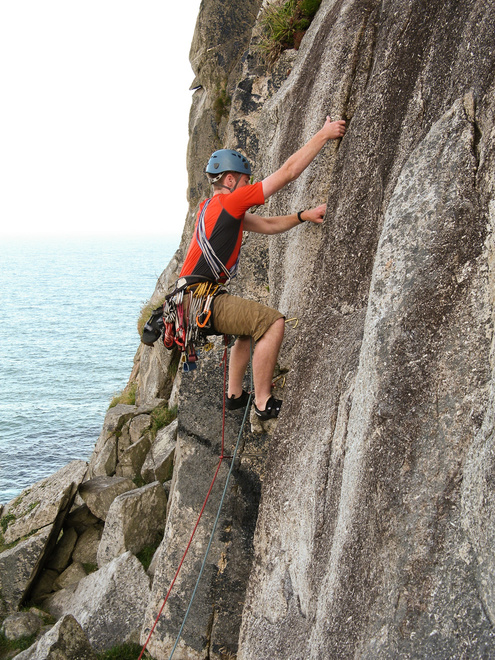