Climbing in the Wye Valley

I have just got back from an excellent three days climbing in the Wye Valley. As I effectively finished my degree on Thursday I headed home for the weekend, on Friday I met up with one of my school friends and headed over to Wintour’s Leap which is a fantastic crag 10mins from Chepstow. To start with we climbed the classic Hard Severe of the Wye Valley called Zelda. This was a fantastic climb which contained a bit of everything including some bold and exposed moves on fantastic rock. After we had completed that climb we headed back down but this time over to Fly wall which contains shorter climbs and climbed another classic route of the crag, Freedom, which was graded at Very Severe. It was another great climb which involved some crack climbing techniques which I don’t have much experience at before a very bold traverse right before the final few moves which certainly got the adrenalin flowing.

On Saturday I headed further up the Wye Valley to Symonds Yat with Mum where we spent the afternoon climbing four routes there. I warmed up on Golden Fleece with the direct finish making it a Hard Severe which was fantastic, though committing to the direct finish was tricky due to it being fairly bold. After this we headed over to the classic VS of Symonds Yat which was Whitt up the Pinnacle. This was just fantastic climbing all the way up in a fantastic setting, unfortunately to do it in the sun you have to climb it late in the day which meant that we were climbing in the shade, though topping out and being hit by the warm sun was wonderful. After we had lunch we completed another two routes, firstly the Druid which was a fantastic sustained VS which certainly got my adrenalin flowing as I climbed up, we then finished the day by climbing another VS called Exchange which was fairly straight forward apart from one step left half way up, though due to some careless rope management I ended up struggling with rope drag towards the top.

On Sunday evening on the way home from my Gran’s house in Herefordshire I stopped off at Wintour’s Leap again, this time with mum where we headed to Fly wall to do a few short climbs before the sun set. It was a fantastic evening with completely clear skies, and climbing with the sunset chasing you up the wall was wonderful. To start with we warmed up on Butterfly which is a fantastic VS with some apparently bold moves, not that I noticed them as it was just my style of climbing so shot up it. After this I attempted to climb my first HVS, Swatter, so Mum lead the first Pitch of the Split in order to get to the start of the climb before I lead Swatter. This involved a tricky mantle up onto a ledge before a bold and committing traverse above an overhang. It took me a few false starts to fully commit to the traverse, though eventually I committed with adrenalin flowing and made the move before continuing up the rest of the climb. According to UK Climbing, Swatter is a hard HVS so I didn’t give myself an easy route to try as my first HVS! Considering my first trad lead was 2.5 months ago I am fairly pleased with myself that I have already lead a solid HVS route. 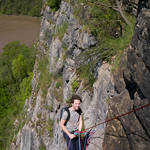 Jackson at the belay on Zelda 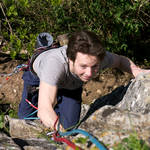 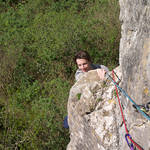 Jackson at the hand traverse on Freedom 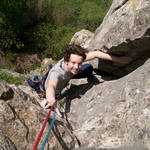 Jackson near the top of Freedom 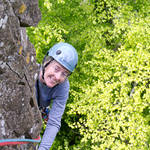 Mum nearing the top of the first pitch of Whitt 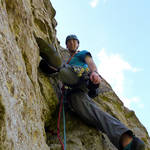 Me climbing the second pitch of Whitt 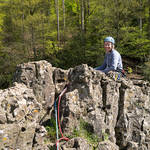 At the top of Whitt 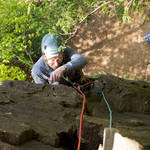 Mum nearing the top of The Druid 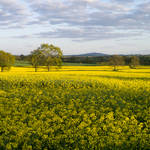 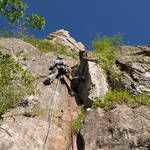 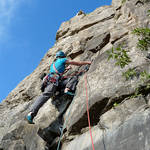 Me climbing the second pitch of Butterfly 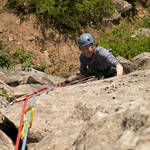 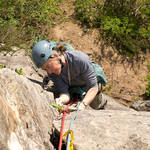 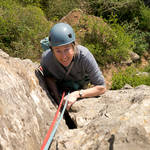 Near the top of Butterfly 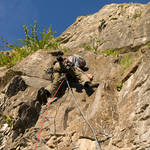 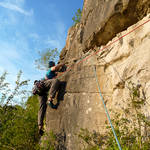 Me approaching the mantle on Swatter 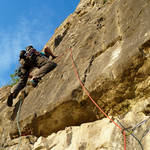 Me at the start of the airy traverse on Swatter 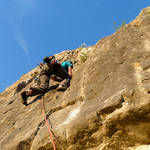 Me at the end of the airy traverse on Swatter