We have recently got back from a trip to the far North of Scotland where we were Munro bagging and road biking. Initially we headed up about as far north as it is possible to go in Scotland to climb Ben Klibreck and Ben Hope. These are often climbed in a single day, as they are both relatively short days and are close together by road. Thankfully the weather saved us from having an epic day climbing both, as we had two days in a row with good weather in the morning and rain forecast in the afternoon.

Ben Klibreck was an enjoyable walk which followed a natural ridge line up, with a feint path for most of the way. The views from the top were very different to most of Scotland, with lots of moorland combined with the views of Ben Hope, Ben Loyal and Ben Mor Assynt.

Ben Hope was a very dull peak, but not as bad as Mount Keen! It was again another early start due to forecast rain, although it never materialised. The walk up was fairly harsh with lots of ascent in a very short distance, on a generally good path. At least the views from the top and on the way back down were excellent, and the descent was quick!

After making quick work of Ben Hope we chilled out at the van for a bit before deciding to drive around the north coast of Scotland for a bit to explore. After a huge loop and about 3 hours driving we eventually ended up almost back where we started so that we could go cycling. 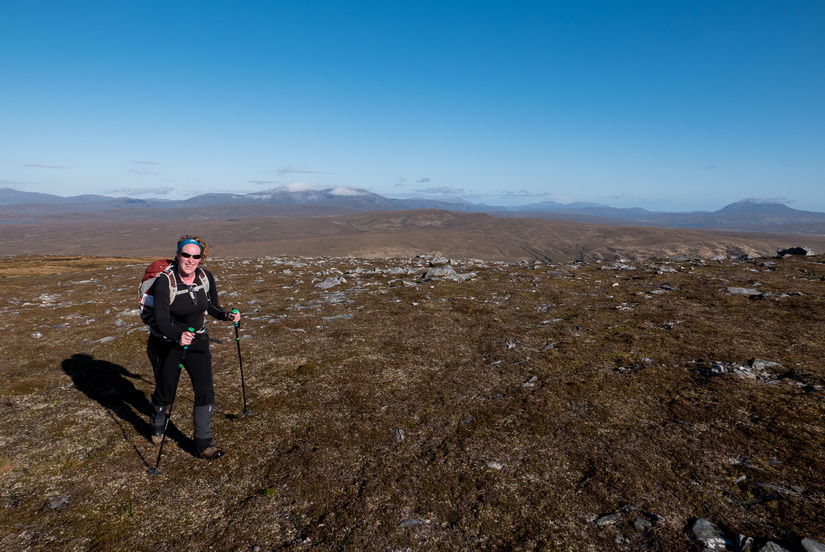 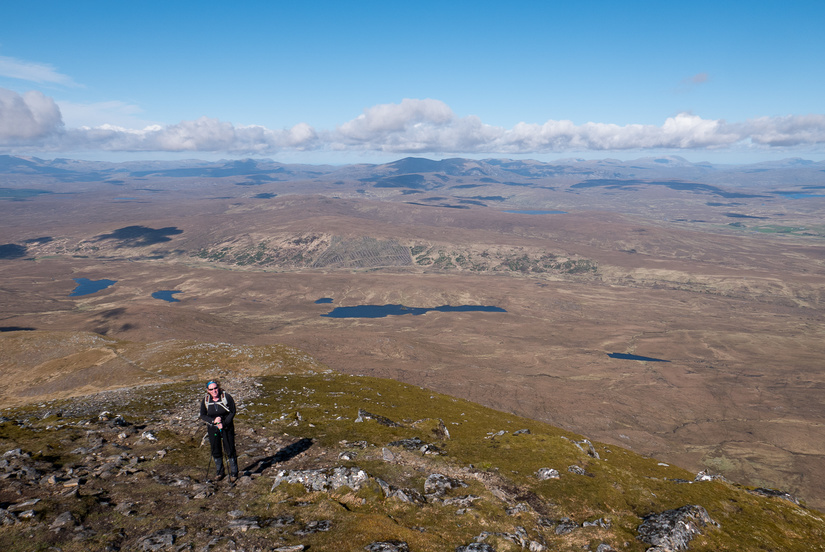 Near the summit of Ben Klibreck 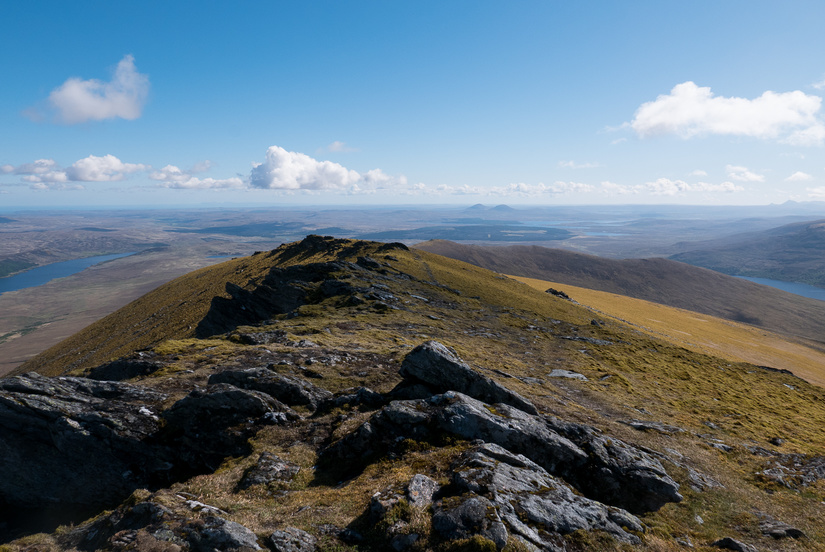 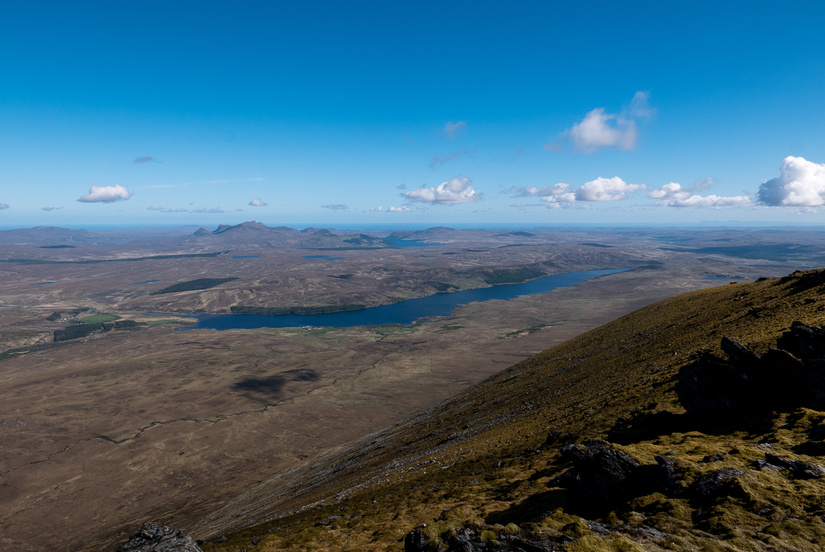 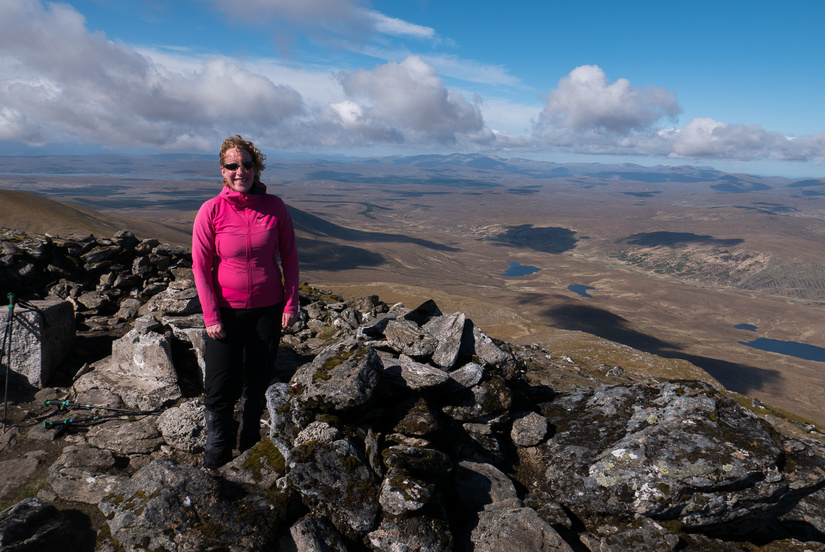 Becky on the summit of Ben Klibreck 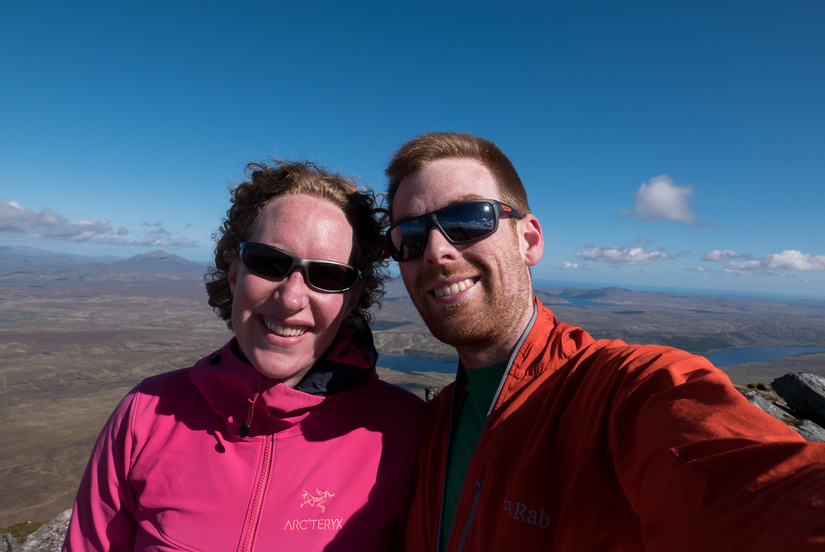 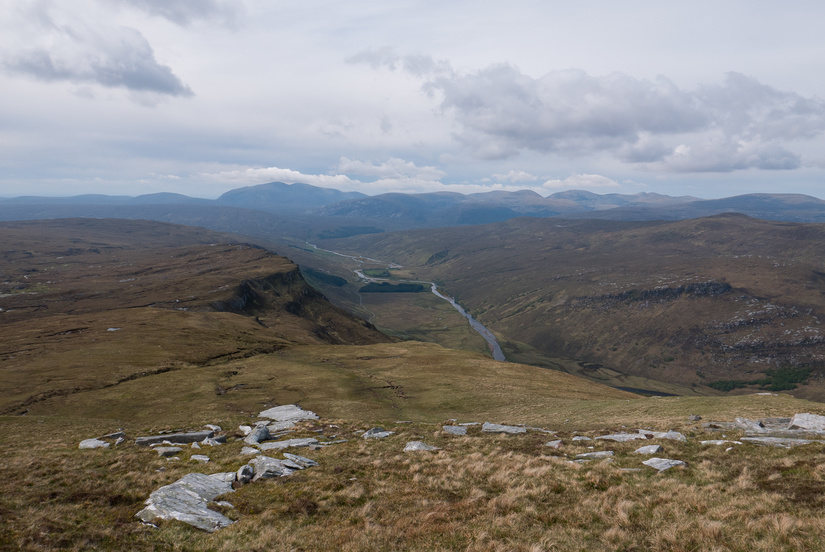 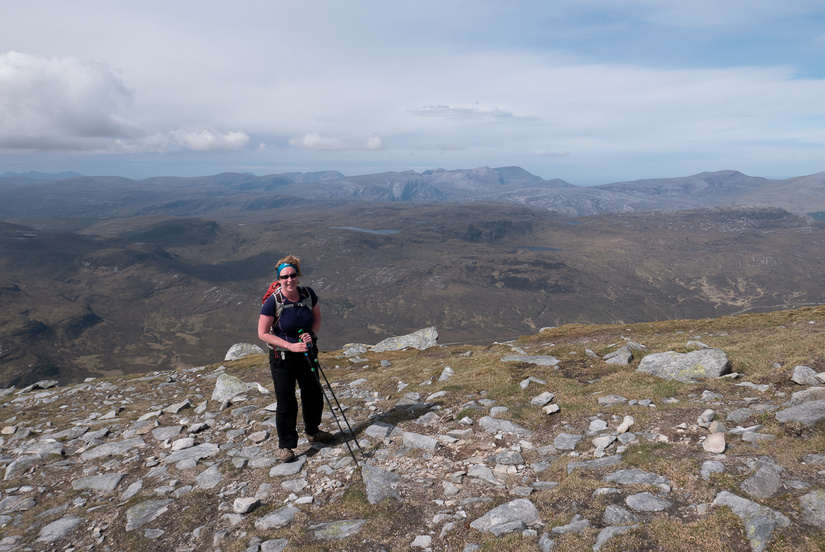 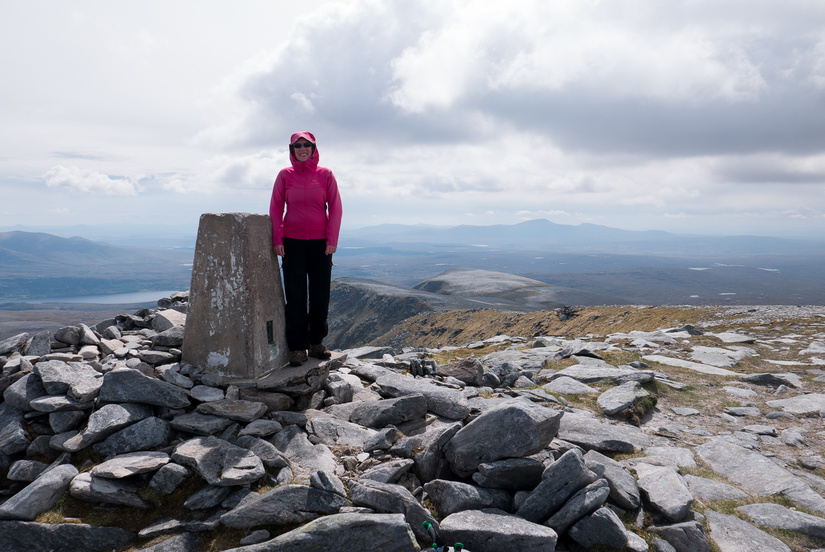 Becky on the summit of Ben Hope 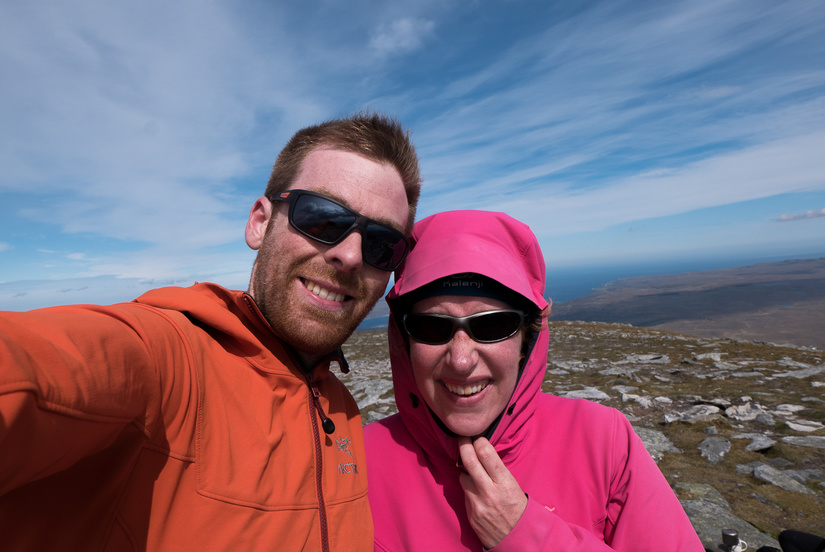 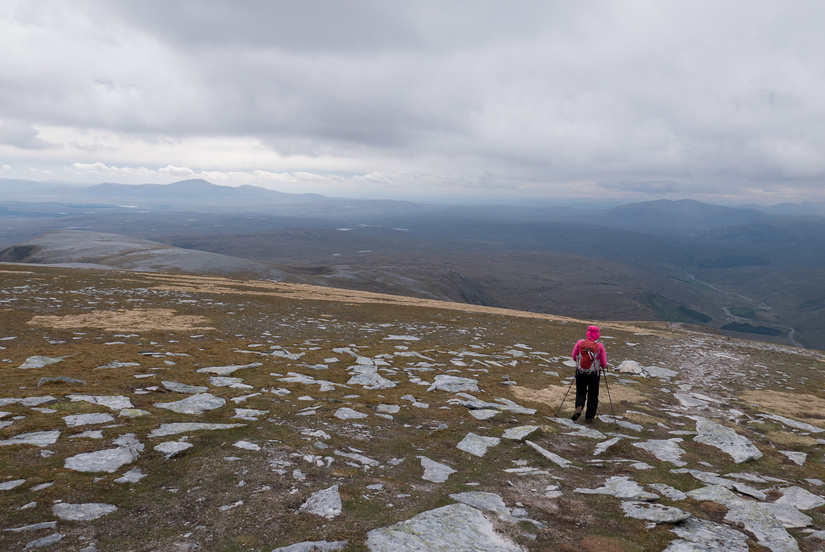 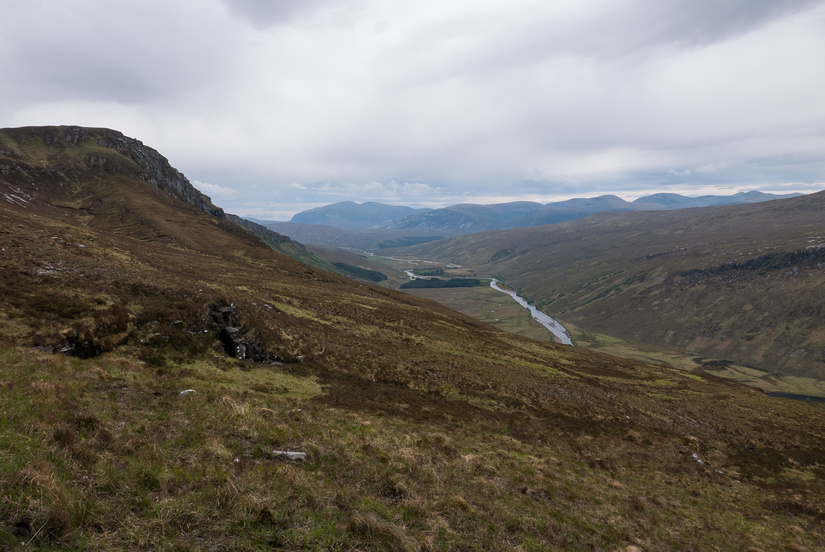 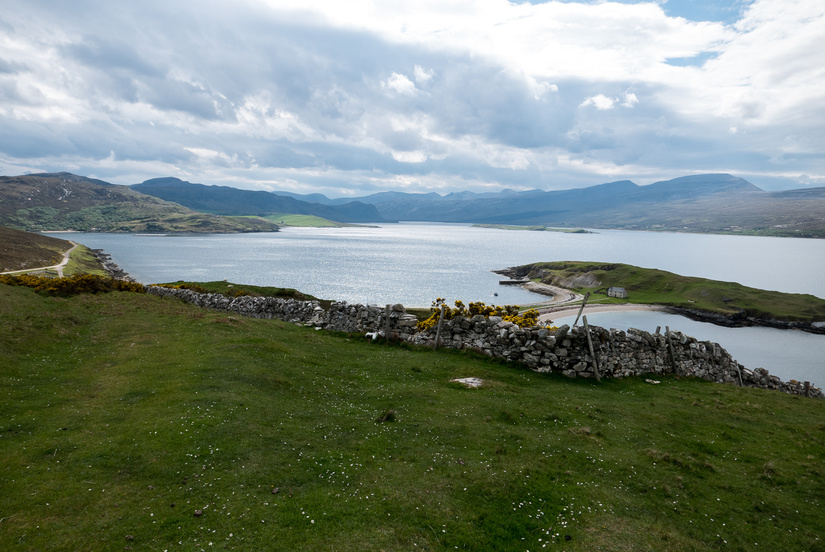