Having had an excellent day on Sunday traversing Liathach in unusually nice Scottish weather, today we were treated with a more usual day out. We spent the day munroe bagging above Glen Feshie where we completed a 25km loop which included Mullach Clach a’ Bhlair & Sgor Gaoith.

We set off from the car hoping that we would be able to cross all of the rivers which on the east bank of Glen Feshie, thankfully we were just about able to with some fairly committing jumps over the first river we came to. The ascent up Mullach Clach a’ Bhlair was very painless after the long walk down the valley due to the estate track which runs all the way up to the plateau, as we joined the plateau we ascended into the white room.

Unfortunately the rest of the day was spent in the white room staring at a compass. Having read stories online of people not being able to find the summit of Mullach Clach a’ Bhlair in the summer even with the help of GPS due to the summit being very indistinct and having a tiny cairn. Due to this I was quite pleased that after following a bearing for 1.1km that out of the mist popped the tiny cairn.

After the first summit we had a long trek over the plateau to Sgor Gaoith which was hard going in deep wet snow with no visibility, eventually we made it to the second summit just as the wind was starting to pick up as the evening’s storm blew in.

We made a quick descent back down to the car, which unfortunately wasn’t quick enough as we got a good soaking on the way back down. 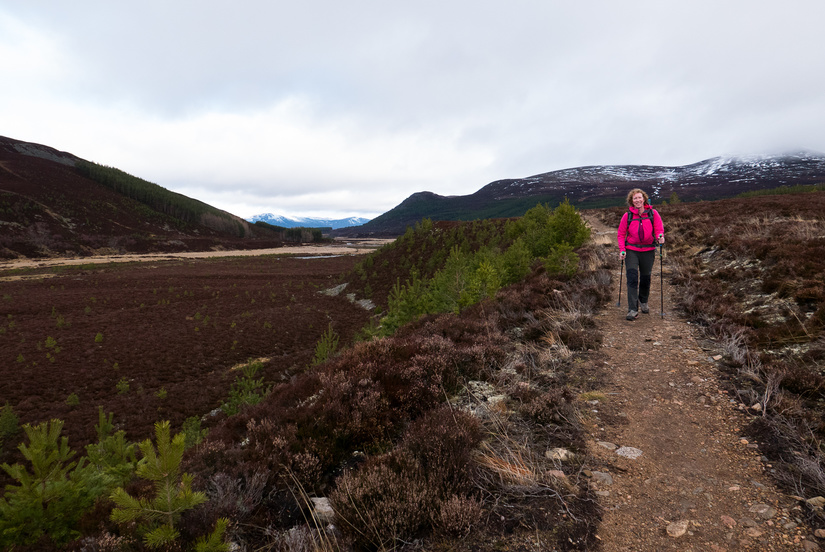 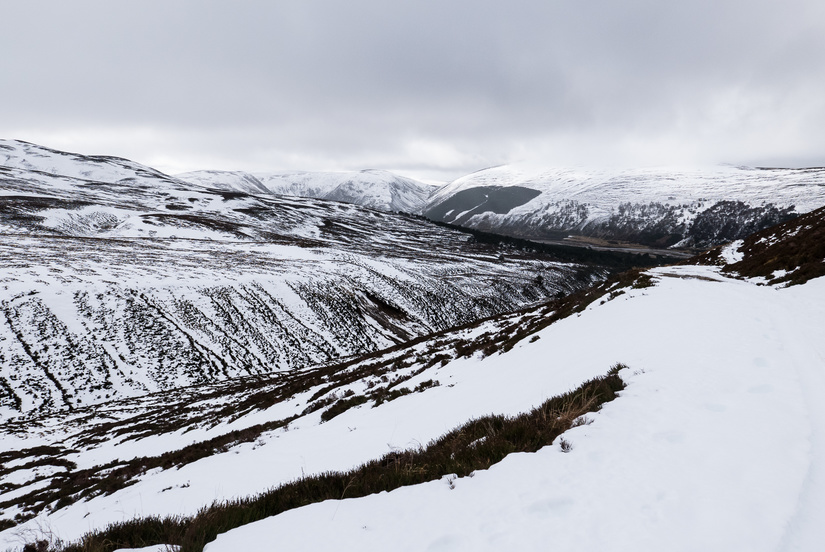 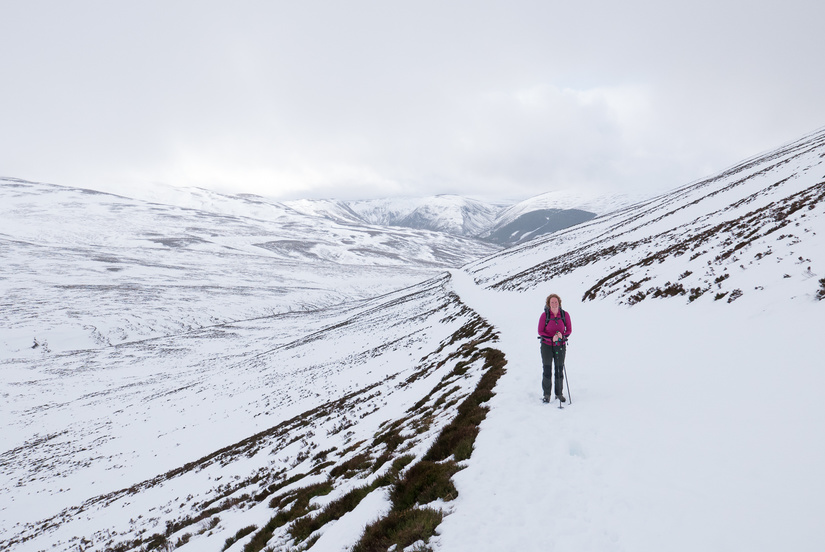 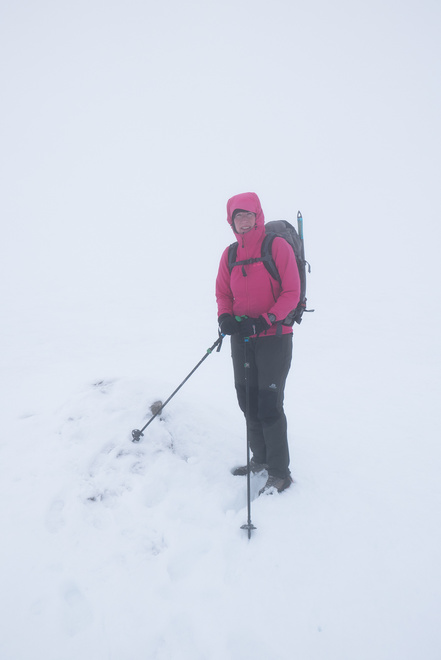 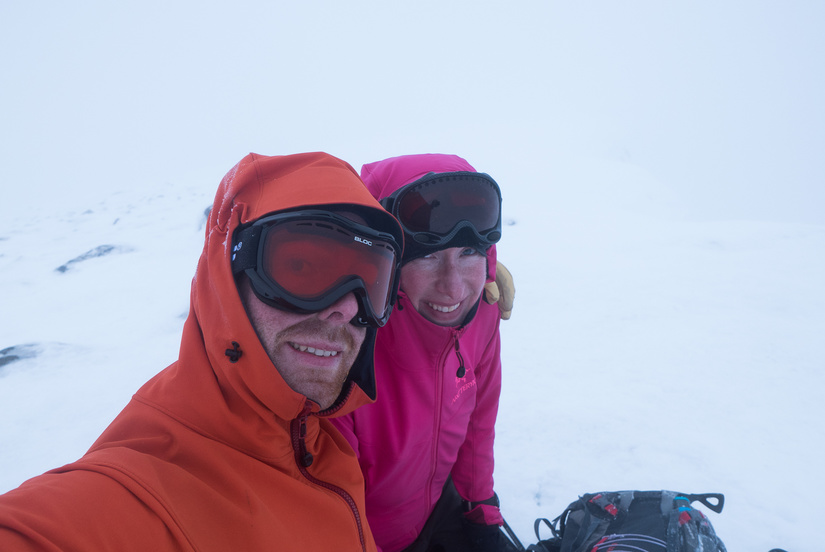 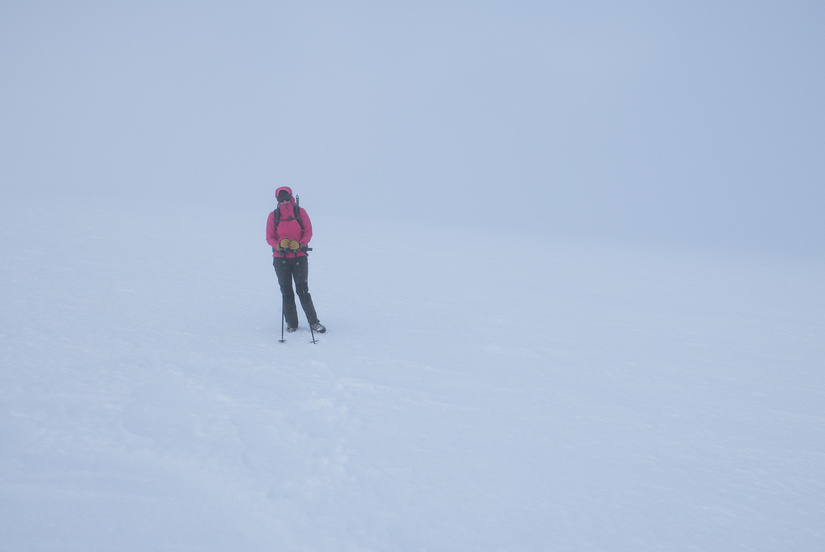 Still in the white room 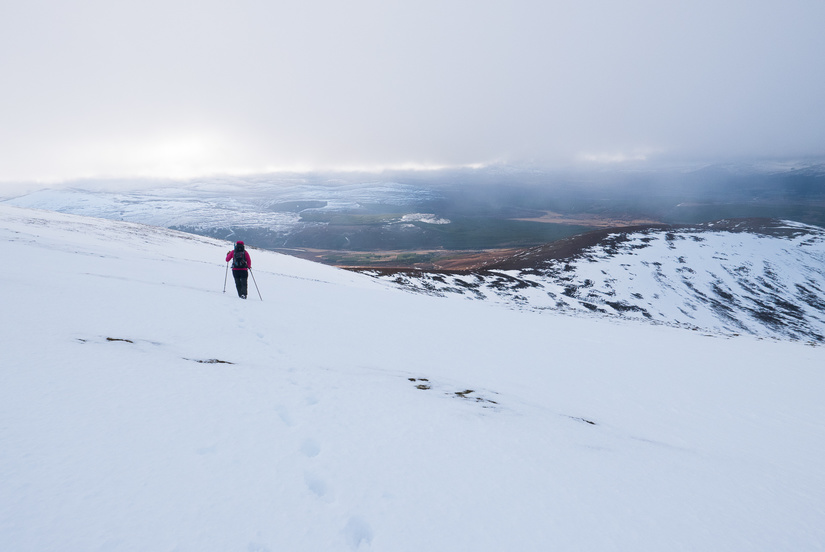