For the third morning in a row my alarm went off at a horrible hour in order to start the walk up to the Ben. The car park was very busy again, and at 5:45 we took the last proper car parking space. It was a really warm walk in until we were greeted by the wind funnelling down the valley which had a large windchill.

The snowpack up to Coire na Ciste was thinner than the last few days but noticeably firmer having been through a melt freeze cycle over the past 24hrs. The conditions in the coire were surprisingly good as there were good views to the north and the cloud was high up in the coire which gave a good view of all the climbing conditions. 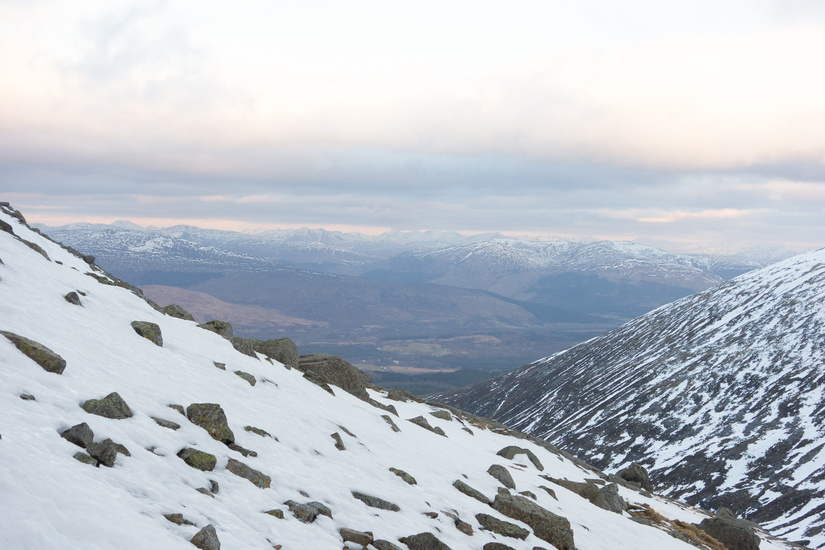 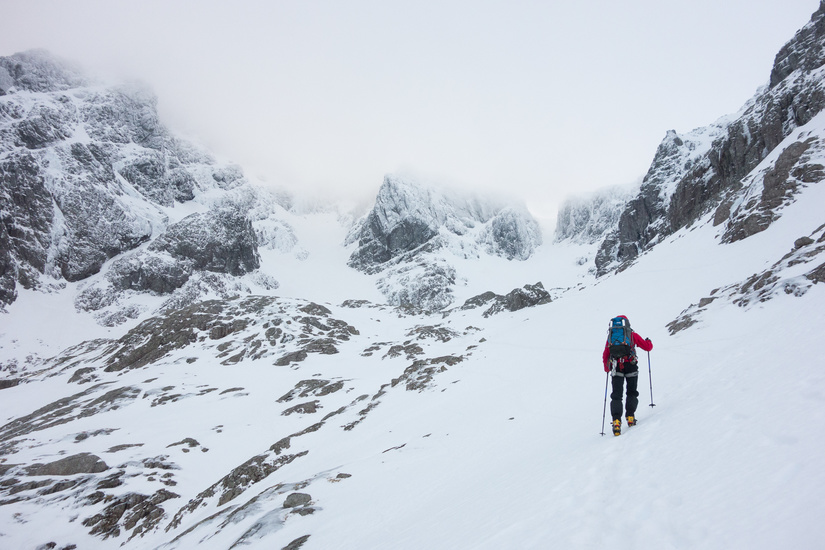 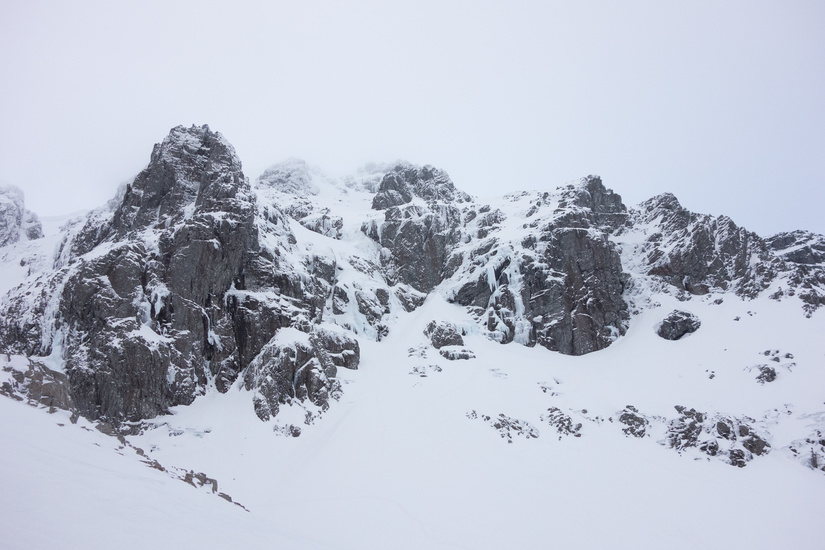 Mega Route X is still looking fantastic, along with every other ice line on the Ben, we made good progress up to the Comb due to the well frozen snow, but it still feels like a long way up… Eventually we arrived at the base of the route and geared up, before I soloed up the first easy pitch. It was a bit steeper than it looked from the bottom so I dropped a rope down to Jon and Christian before we created a bit of a mess of the ropes in a crowded belay with the three of us.

I climbed all of the steeper sections on the route in a single 60m pitch which started at the base of the narrows and finished above the final steep step. The conditions on the route were fantastic, with first time axe placements all the way to the top and interesting climbing all the way up the long 60m pitch, and it was nice to be back on a route with hooks in the ice from previous ascents. The guide book was not wrong when it mentioned that gear can be limited… Due to the ice being fairly aerated it was good for ice axes but awful for screws, so in the entire pitch I clipped two in situ pegs and placed 2 crap ice screws. I was starting to get a bit worried after I finished the last steep step as I was struggling to find a belay, but at the ned of the rope length I arrived at a section of OK ice which took a few good screws, although it did lead to a very uncomfortable belay. 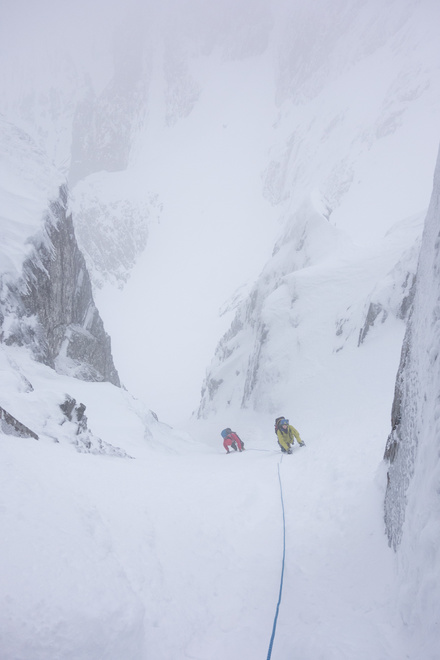 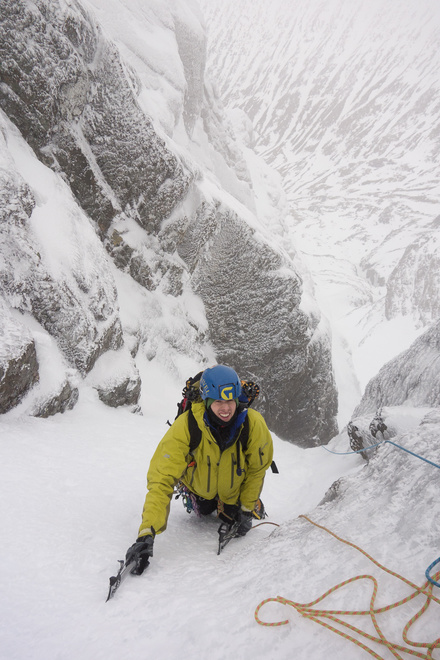 Jon at the top of the difficulties 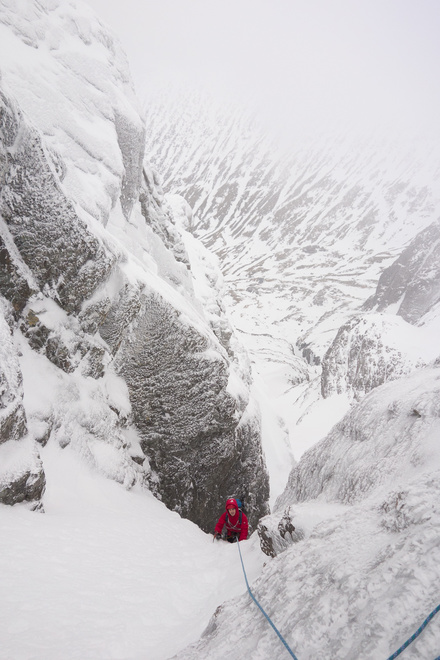 Christian pulling onto the easy ground 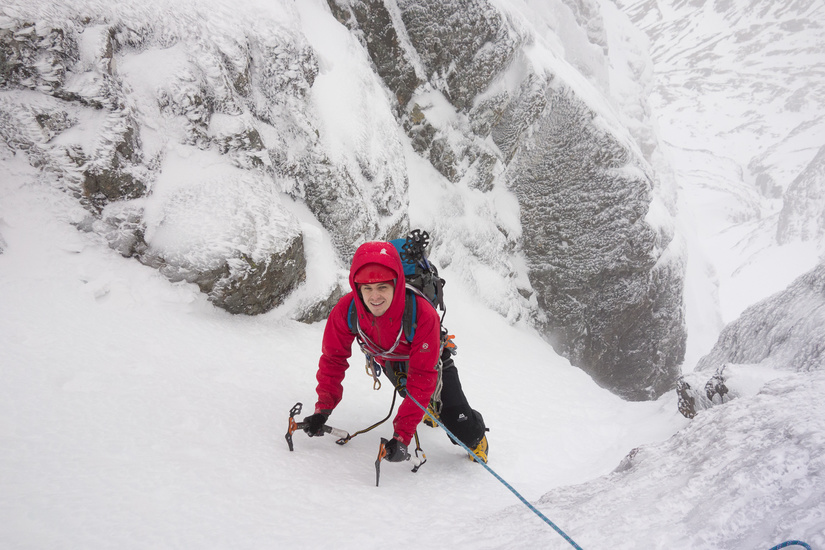 Christian at the top of the difficulties

Jon and Christian then climbed up to the top, where there was no cornice before I soloed the final section. We quickly ran away from the very gusty wind on top by descending a very icy Number Three Gully, which certainly felt reasonably steep in descent. 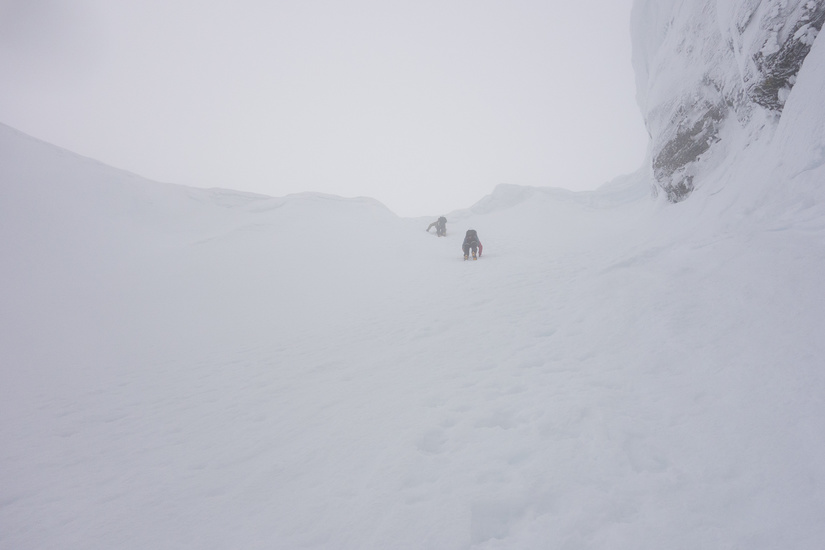 We then had a very slow walk out due to very horrible gusty winds down the valley all the way to the upper car park, the gusts were strong enough to make it difficult to stand and the direction seemed to keep changing slightly which caused us all to be blown over a few times on the way down.

It was great to get another classic route and another “Cold Climb” done in brilliant conditions, I am looking forward to doing something with a different and hopefully shorter walk in tomorrow.