Armed with a positive forecast I made the decision to head down to South Devon for 2 days with Tom over the weekend. On Saturday afternoon we headed down to Berry Head where we climbed the classic HVS Moonraker before heading to the Dewerstone on Sunday to climb the classic Central Groove and Gideon.

Moonraker is described as “One of the UK’s greatest HVSs” which is quite a statement and was always going to be hard to live up to, it is also a bit of an adventure as to approach the base of the route you have to solo a low tide traverse, which is graded around Severe. This traverse makes the route seem far more committing, as you either have to climb the route or swim out… The route was fantastic with P1 and P3 being the highlight, P1 was very steep and sustained with some fantastic exposure and P3 was an outrageously steep but amenable corner, looking down was very exciting at this point! While we were climbing we had a number of highs thanks to the fantastic climbing and wildlife keeping us company, however we did also have to contend with belays which were covered in large amounts of bird poo. The route was absolutely fantastic and I would wholeheartedly recommend it to any HVS leader as a brilliant adventurous day out, however make sure you are confident at the grade!

We then made our way over to the Dewerstone where we bivied before heading up a lovely wooded valley to the crag, we started the day by Tom leading the classic HS of Central Groove which he lead without incident. It is a classic rock tick which has a reputation for being fantastic, and it did not disappoint. After this I headed up a 3 star E1 called Gideon which turned out to be an entertaining climb which was very high in the grade, it had three notable sections on the first pitch. The first was the easy but very exposed traverse across a slab above an overhang, before the wild move up and right to reach a spike and a niche which you could bury yourself in to rest. What followed this was a very hard 5b sequence with no gear which was a tad spicy and I was very glad to get some more gear in at the end of the sequence. The second pitch had some more good climbing before we were at the top again, admiring the view and and down the wooded valley.

I hadn’t been to the Dewerstone before, and I now really want to head back as there are some brilliant looking lines on fantastic rock which is in a beautiful location, what more could you want! 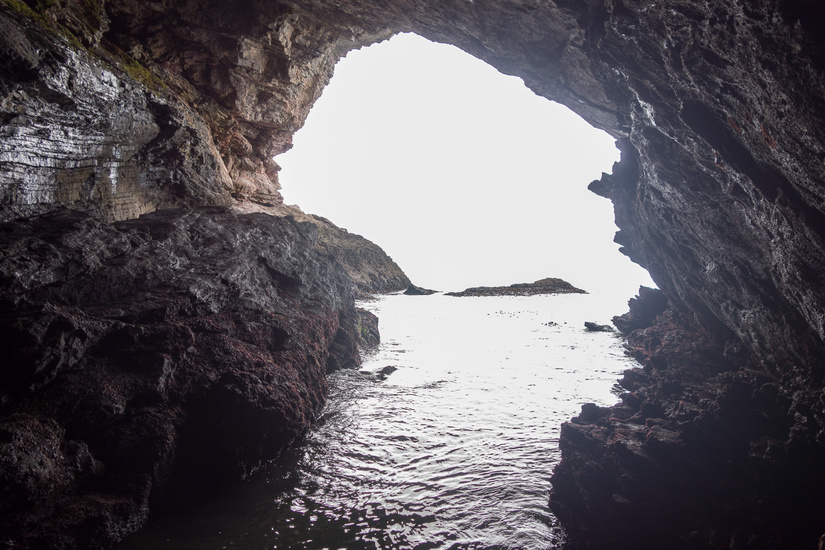 Traversing around the cave 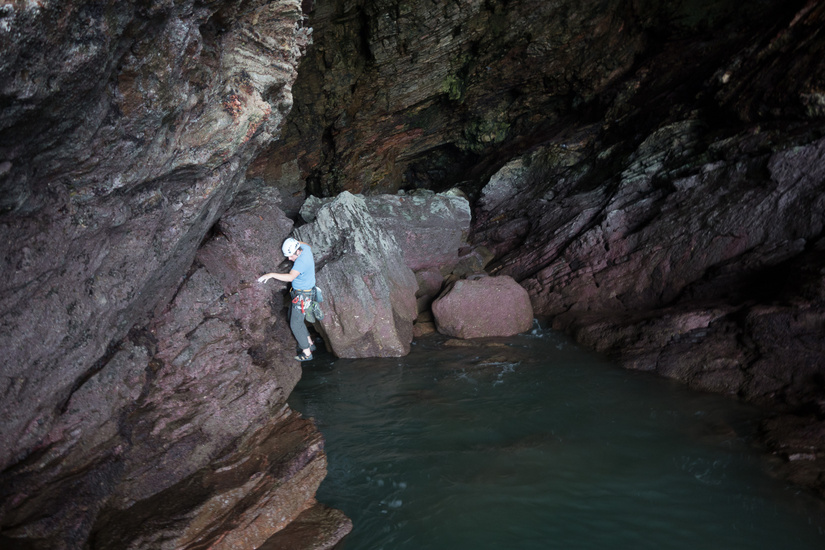 Tom on the approach scramble 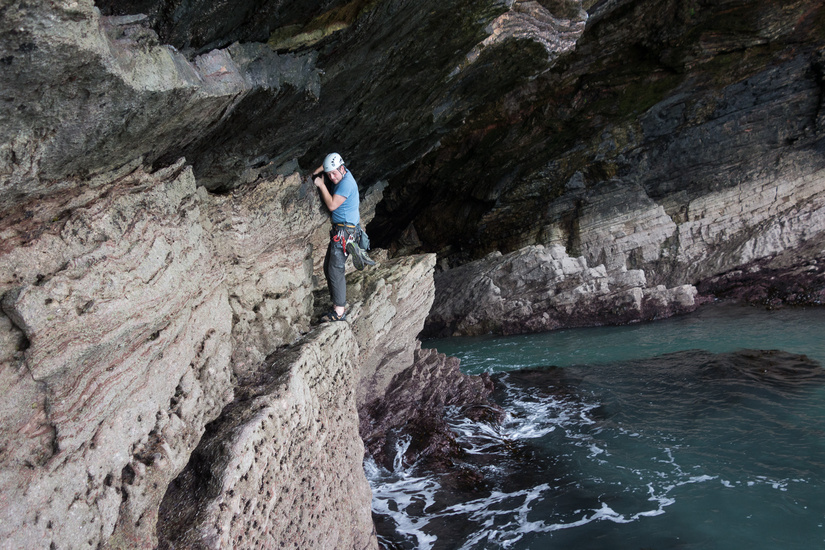 Getting a bit higher 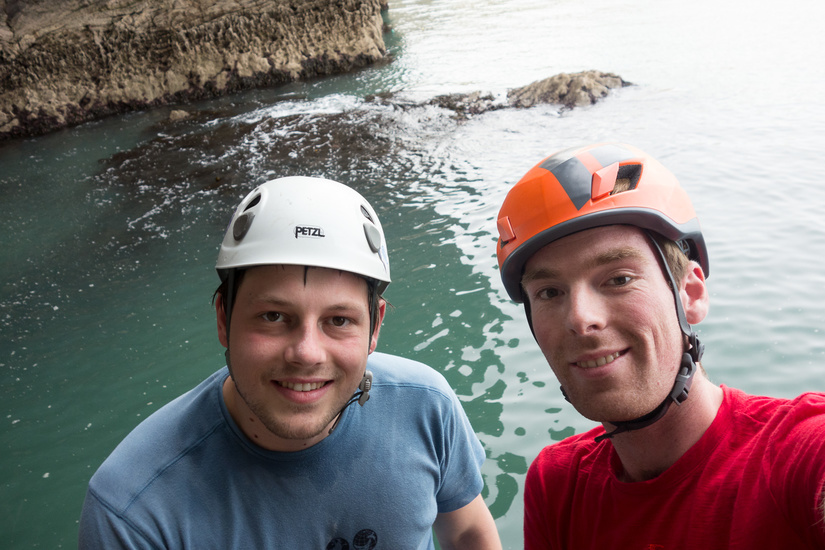 Safely at the first belay 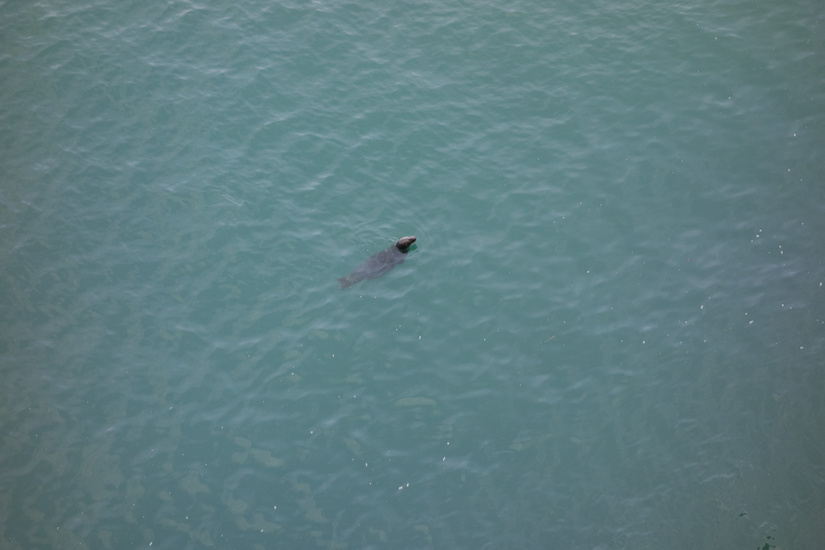 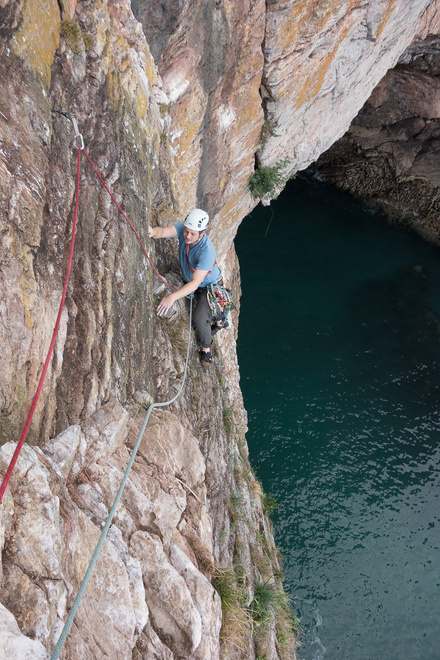 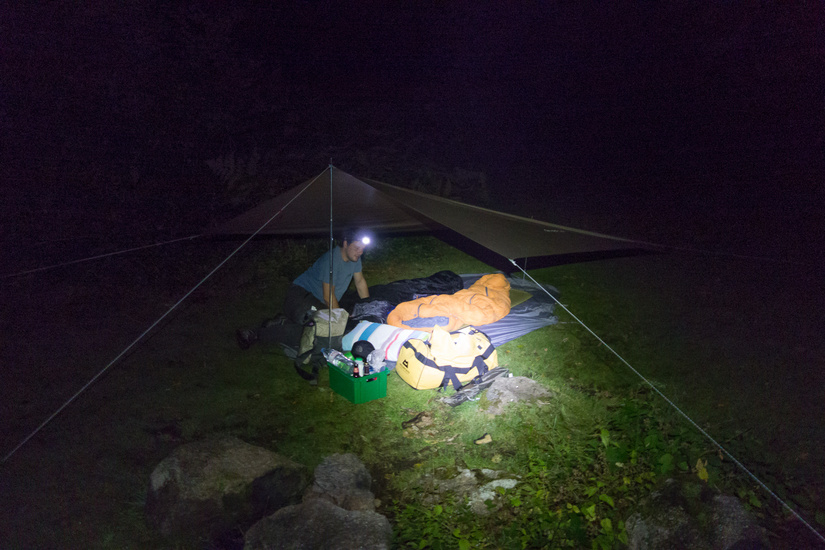 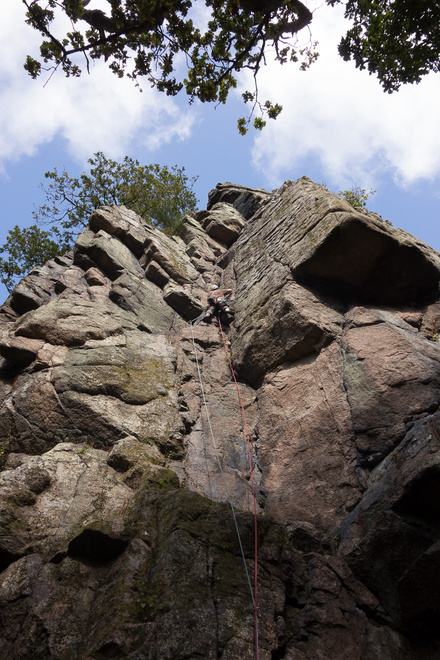 Tom on the classic Central Groove 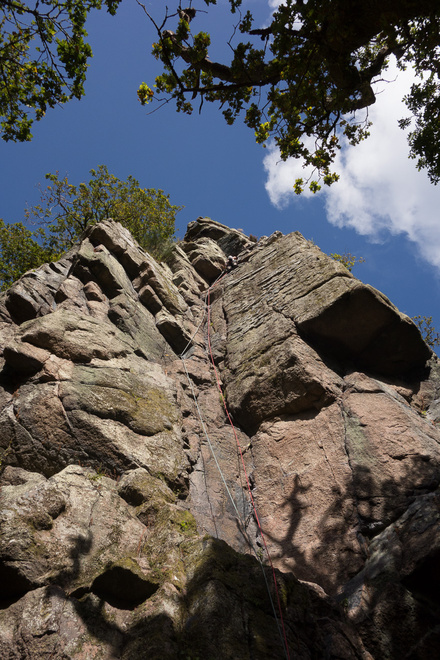 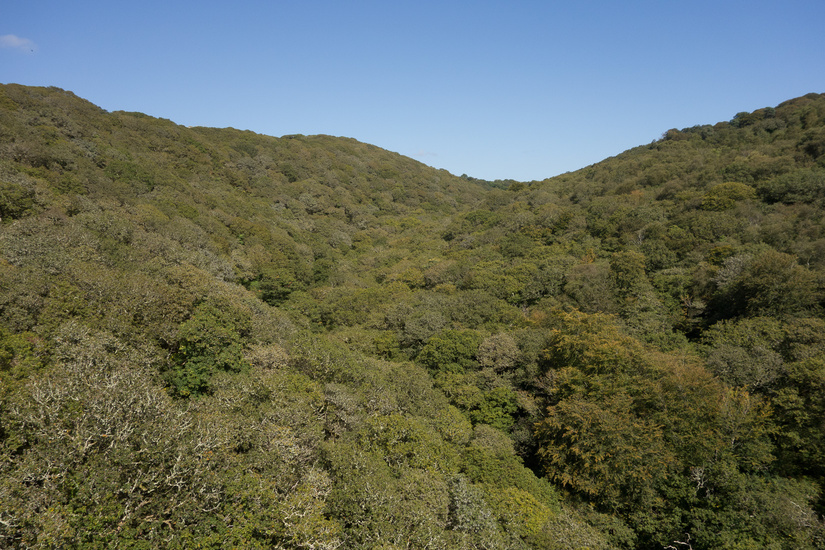 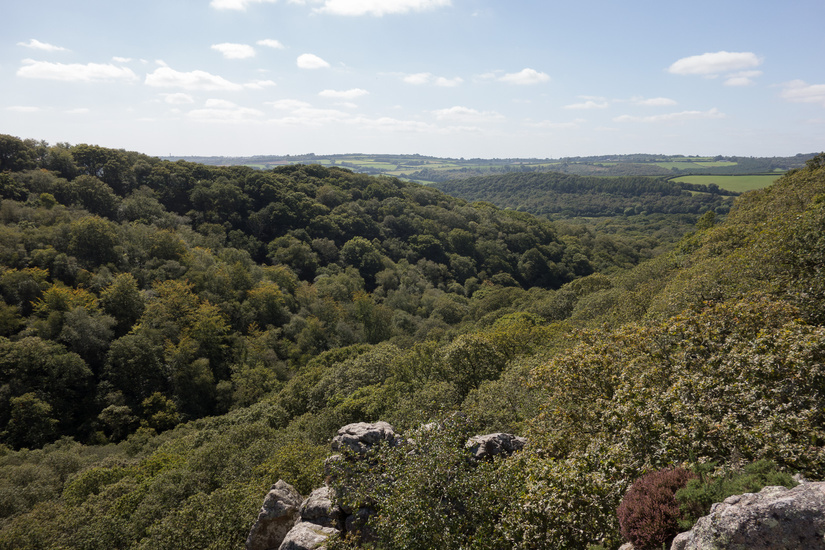