A Sunny Late May Bank Holiday in the Lake District

I spent last weekend walking and scrambling in the Lake District with some friends from uni. It was a brilliant weekend with fantastic weather, over Saturday and Sunday we did the classic route of Helvellyn via Striding and Swirral edge, except with a twist.

On Saturday we ascended Helvellyn via Striding Edge and then continued north along the ridge over White Side, Raise, Stybarrow Dodd, Great Dodd and Clough Head. Once we reached the end we descended down to Dockray and a well earned pint in the sun.

After an evening lounging in the sun and enjoying a BBQ we got up to another day of sunshine and headed up to the classic grade 3 scramble, Pinnacle Ridge up St. Sunday Crag. It was great fun and we even found the start without too much difficulty, I was surprised while climbing the ridge just how crampon scratched the rock was on a classic summer scramble. Once we were at the top I continued with Rich up to Fairfield, down to Grisedale Tarn and then up to Helvellyn including all the subsidiary peaks before descending down Swirral Edge before finishing on Catstycam. After we reached the final peak we pretty much ran down to the valley which meant the descent took no time, and which meant that from the summit of St. Sunday Crag we completed the walk in 3 hours. 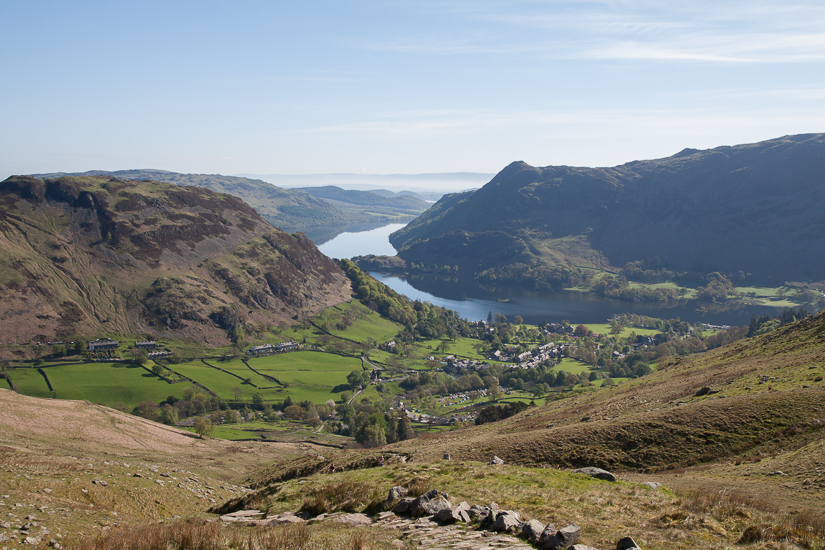 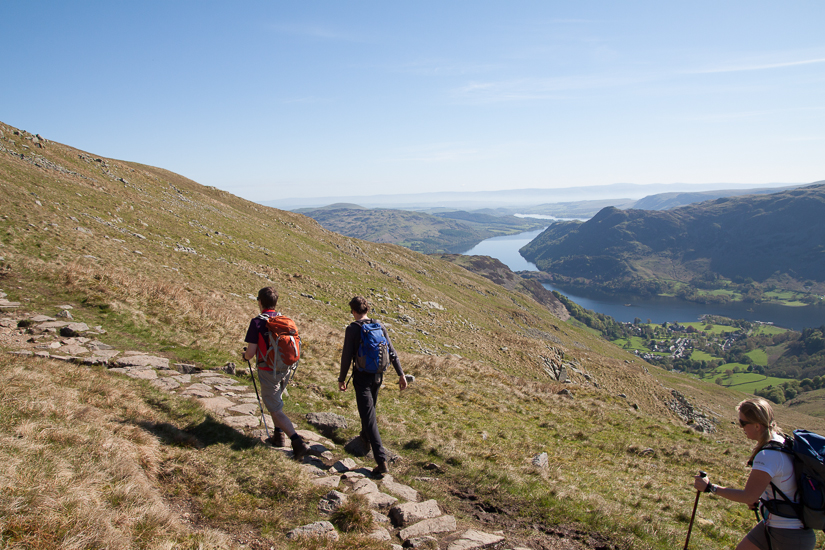 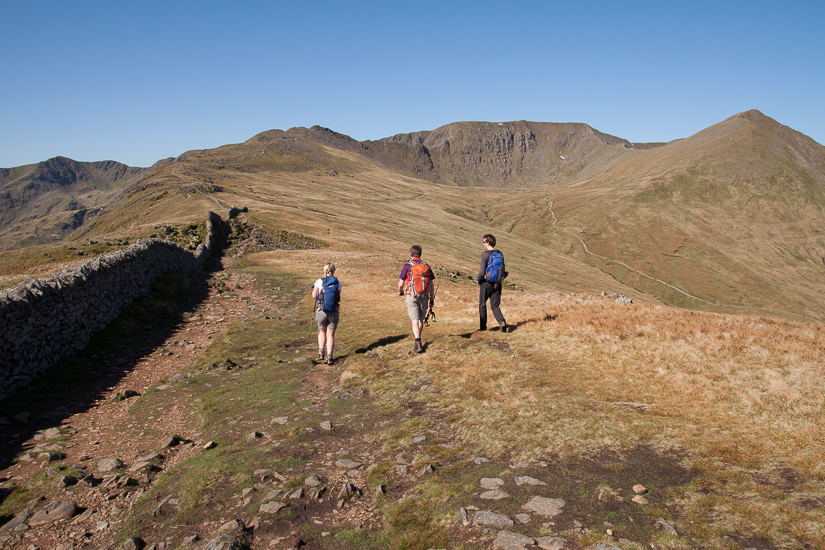 Walking up to Striding Edge 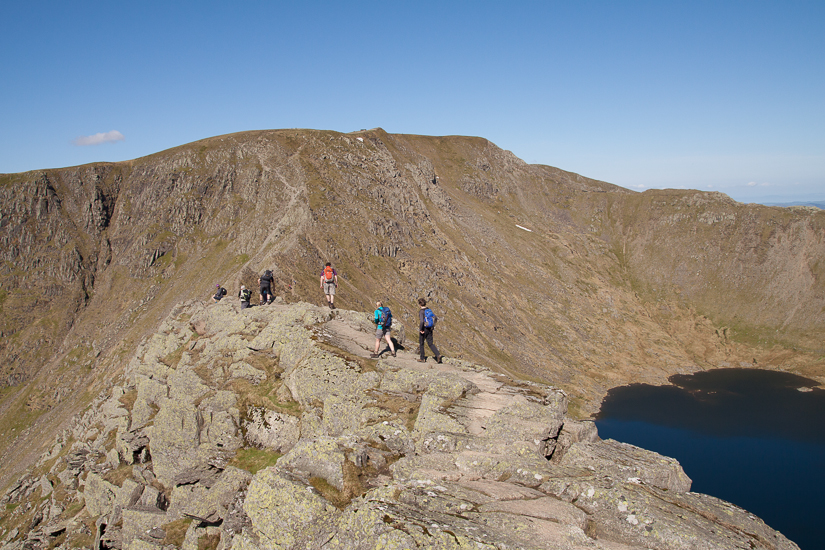 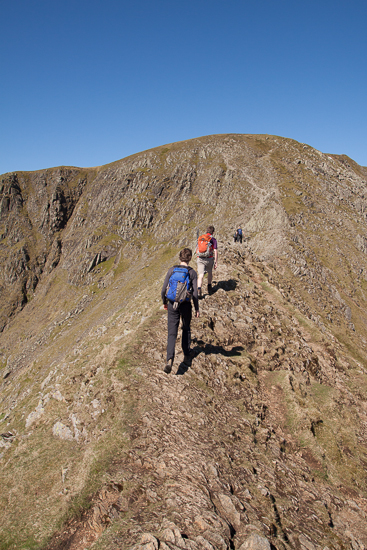 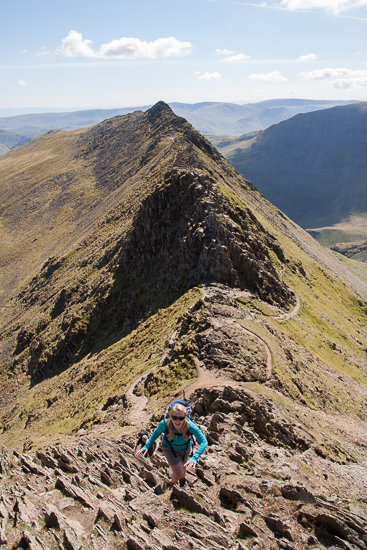 On the final slopes of Striding Edge 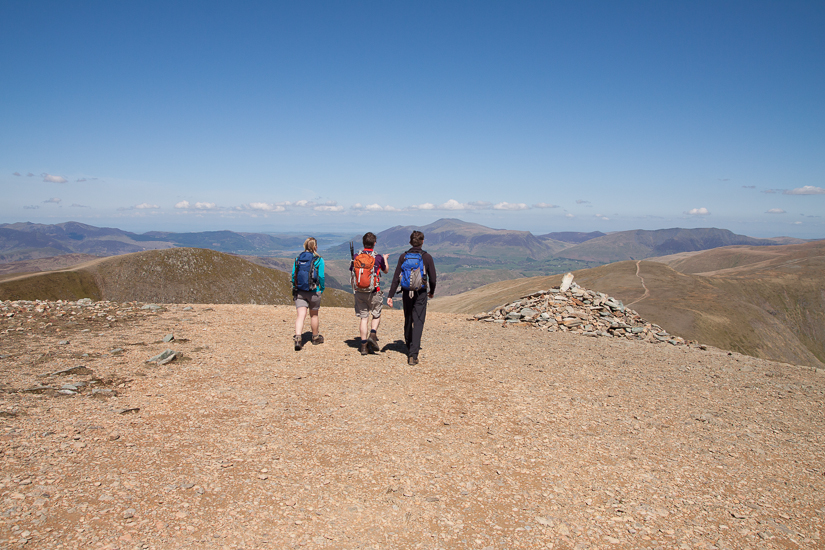 On the summit of Helvellyn 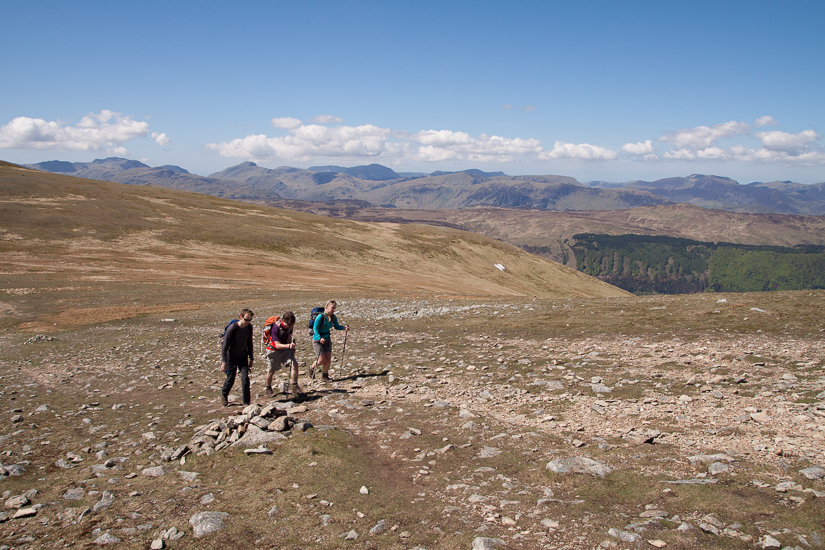 Walking along the ridge north 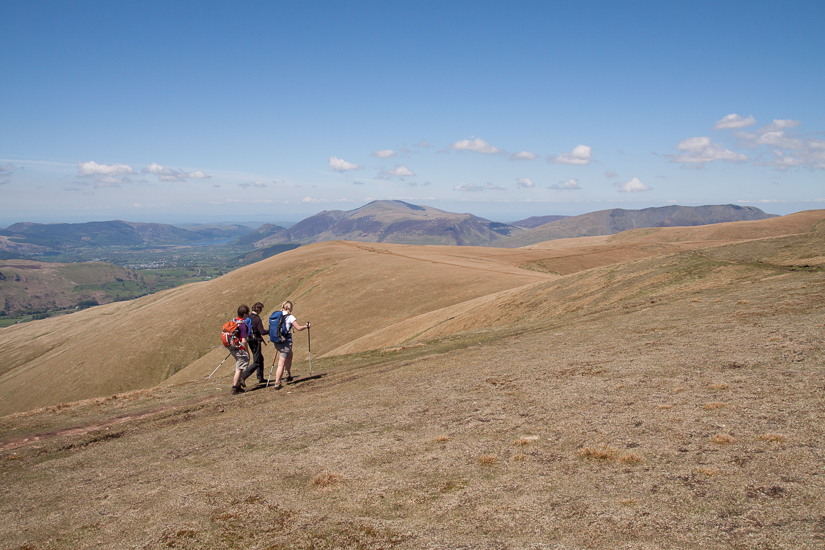 Walking up to Stybarrow Dodd 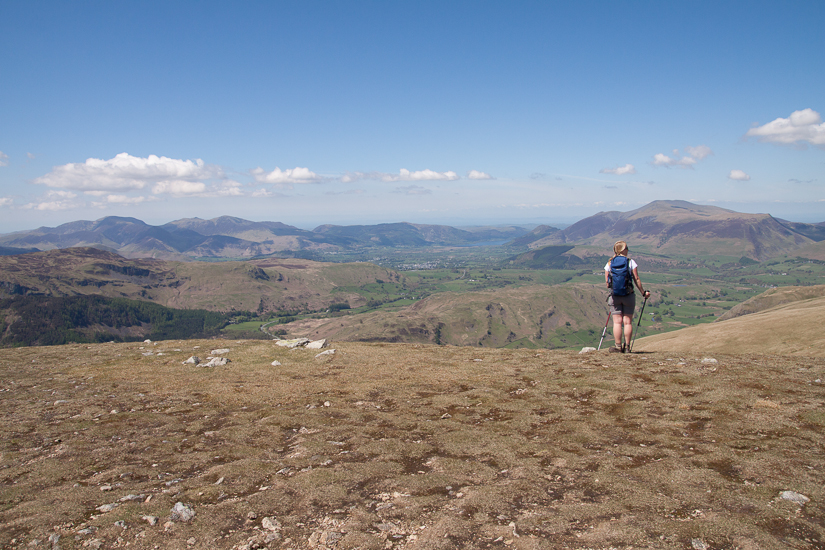 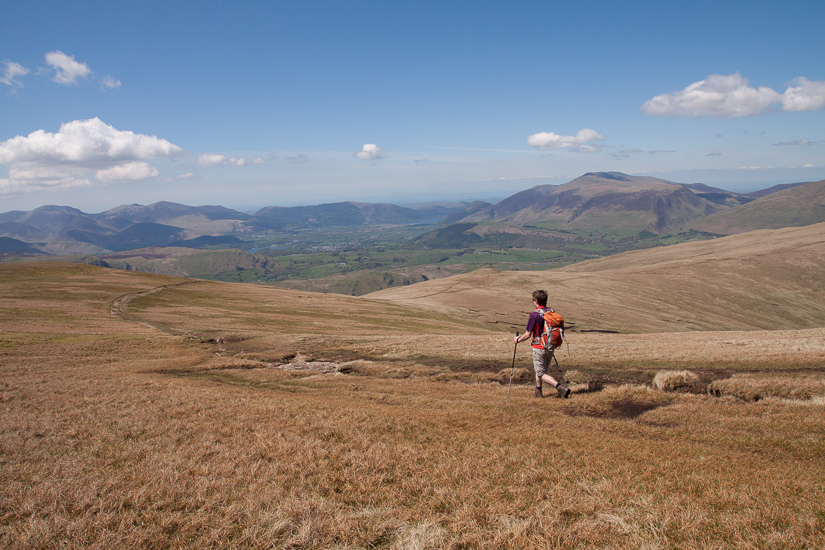 Walking down off Great Dodd 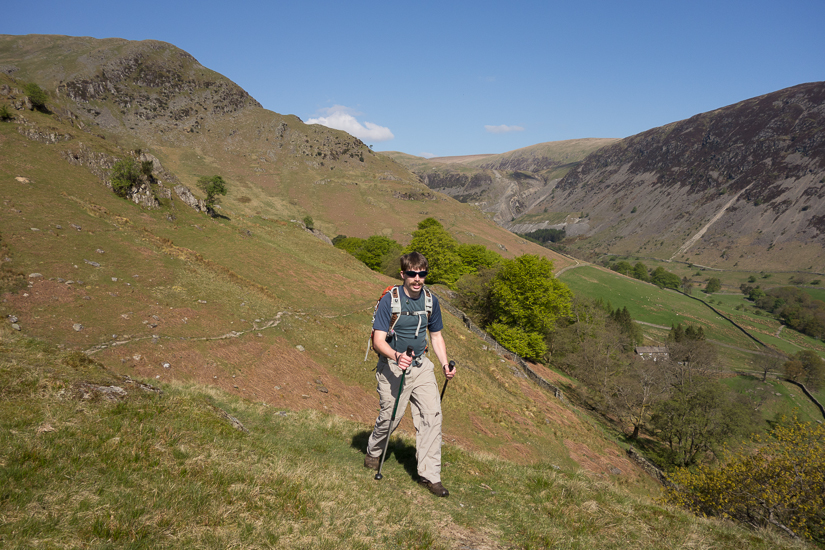 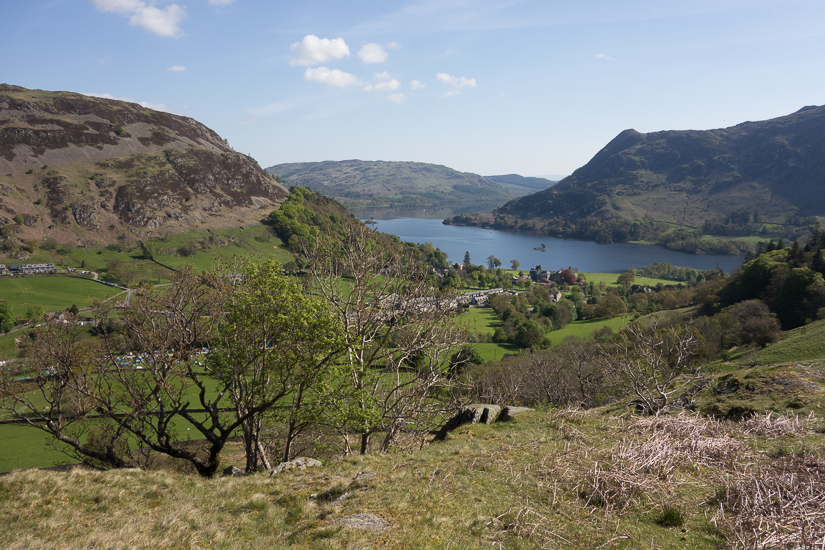 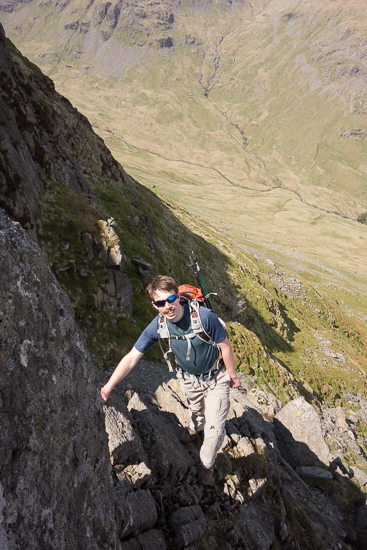 At the start of Pinnacle Ridge 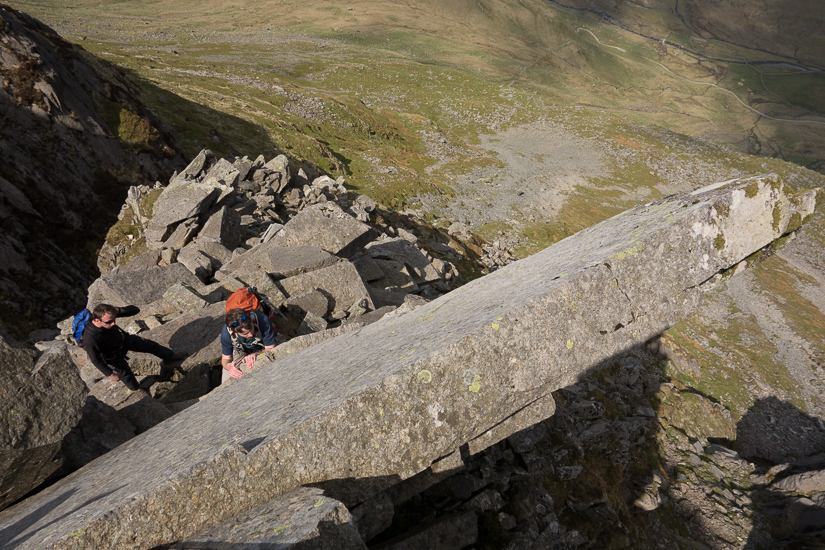 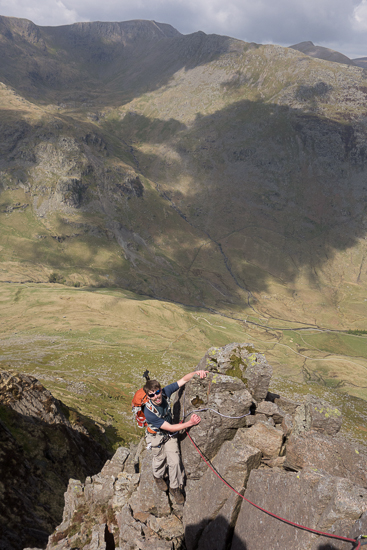 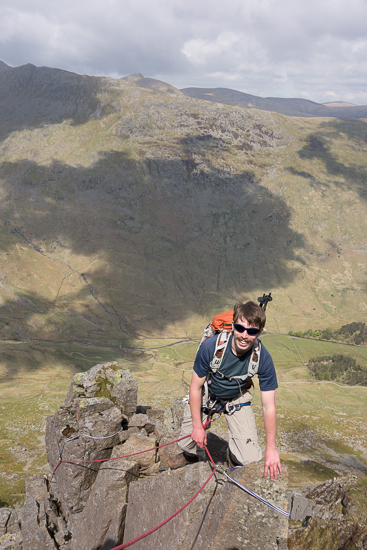 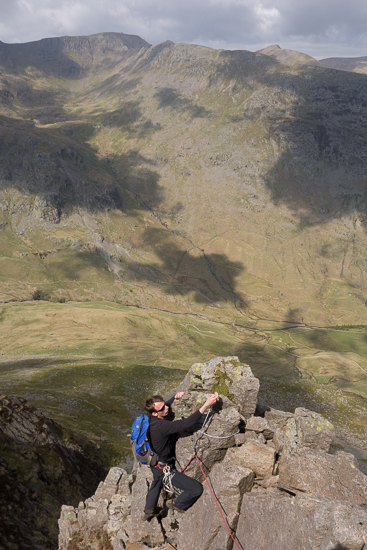 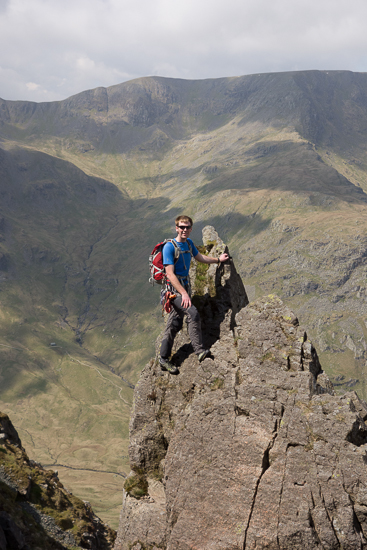 Great position on the final pinnacle 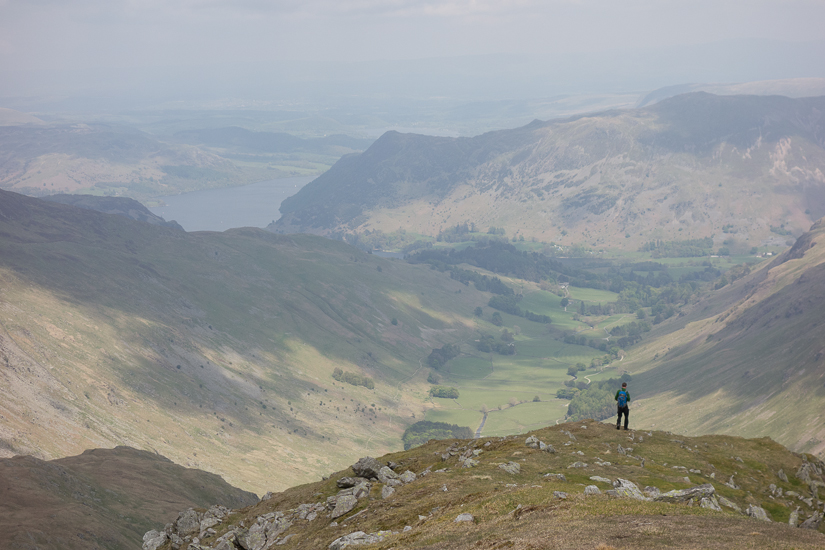 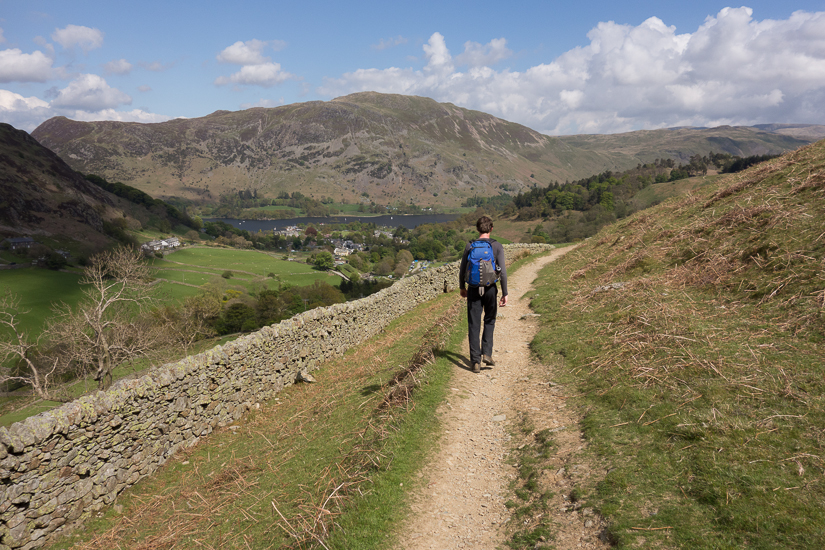 Walking back to the campsite